Yes, you heard it right, learning a second language may be more important than your passport in more ways than one. In fact let’s give you 10.

How does that sound?

In a case study made in Singapore entitled Migration Statistics circa 2004 submitted to Tenyusek College, it had been observed that the visa approval may be affected by the person’s fluency of a specific language, but it doesn’t stop there.

There are more reasons why learning a second language is not only tres cool, but really important. Now let’s give you the top 10. Bring your chips, and digest both this and your chips at once. 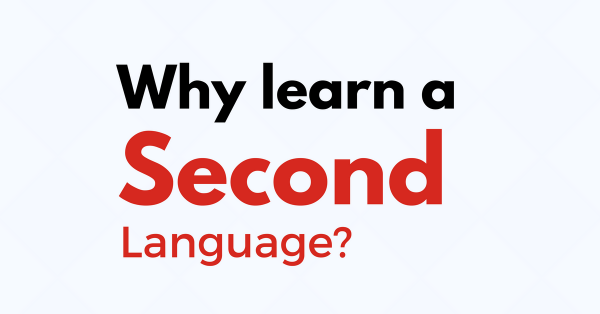 For starters, let’s state the obvious, studying a second language in itself is a form of EDUCATION – and what do they say about EDUCATION? “A treasure no one else can steal from you."

This alone should be pushing you towards any website where you may learn a new language. In your case, you can just browse this website, and do it from here. Your passport can only grant you access to the nearest school abroad but not a new education. Now, if added education still does not convince you, how about…

A second language entitles you to a language premium to almost all of the companies that would require you to use that language and your native tongue. Take the Philippines for example--a beautiful tropical place where white beaches are aplenty--foreigners are given premium for being able to speak English and other languages such as Deutsche, Spanish and of course, French in jobs like Customer Service, Translation or Writing.

The premium alone would let you wander off the different attractions in the country and enjoy their party life. How’s that for being better than your passport?

If education and work isn’t enough, how about the possible meeting with the LOVE OF YOUR LIFE – you may be one of those people who feel limited when it comes to finding their other halves.

But have you ever asked yourself “Am I looking in the right place?” because it’s possible that he/she is not from the same nation as yours. Why not broaden your horizon?  Try to learn French and then visit Paris, where you could understand that potential lover’s flirting tone (wink!) who knows? It might be there that you will be hearing the lines (j'aime votre sourire – I love your smile). Can your passport tell you that?

A second language also provides you a bigger world, with wide NETWORK/NEW FRIENDS. Imagine being in a Language class of 10. Out of those 10 students, you won’t find it hard to befriend all of them if you’re as charming and outgoing like me (kidding!), although some of you may be shy (mind you 2 friends ain’t that bad). That’s plus 2 on your 10 friends already, can your passport give you that dozen? LOL .

When learning a new language, you will also be exposed to the language’s mother CULTURE. CULTURE IMMERSION is one of the most rewarding experiences you’d ever have in learning a second language.

Speaking the language of a place will help you gain more insights about the culture, understand the myths, debunk the biases you formerly have. And in turn, you'll get the chance to explain the other nation’s biases towards yours, too. Win-win right?

Get more resources for Free. Get the French Learning Package

Now, if school makes you cranky, let’s take a vacation. Once in a while, it’s okay to get lost; but not if your feet are swelling with blisters and what-have-you, just because you are unable to understand the instructions you were given by the locals.

Learning a second language helps you get to the right DIRECTIONS/PLACES. If you’re an inborn voyager like I am, with that wanderlust that’s so hard to deny, you might find yourself lost and unable to comprehend another place’s tongue to get instructions right.

Ooohh.. Shopping.  For those who are in love with the idea of shopping, but not so much with the idea of spending, a second language is a skill you may use in haggling or winning in BARGAINS. Yes, winning, because haggling or bargaining is a game of who gets the best deal (the buyer or the seller).

Hand signals may help you a bit, but learning the second language would be your passport to getting the local’s rate which is most often than not closer to the cost of the product you’re buying.

And since the word impressive has been mentioned, let me tell you something impressive. People who know a second language aside from their native English tongue are most often looked at on a higher pedestal than the others. It makes you look smart, and sometimes, yeah, SEXY.

But what’s cooler is if another person also knows that second language--be it a friend, a partner, or a stranger--it can give you a means to a SECRET COMMUNICATION,  a conversation only you two could understand. And no, that’s not a cheesy line for LOVE.

Learning a new language leads you to the door no passport could ever provide---the door to the best food around. Whether it’s Chinese takeout, Spanish paella, the best French baguette, name it and pronounce it right, you get it.

How’s that for reasons on learning a second language? And if you’re not decided yet, wait for our next posts and let us convince you some more.

Meantime, enjoy the following French pick up lines you could find handy in a conversation. Amuse-toi bien!

Excuse me; pardon my interruption, but what’s the name of this neighborhood?

Pardon me, but this looks delicious. What is it?

Let’s go outside to smoke.

Excuse me, I lost my phone number. Can I borrow yours?

Aren’t you hurt after falling from heaven?

Do you have other reasons to learn a second language?