Looking for more information about French language and culture? We have compiled a list of resources for you to check out: useful apps and language tools to aid you on your learning, twitter accounts to give you your daily dose of French culture, and all kinds of fantastic sites and blogs to feed your appetite for French culture.

Francofile – Keeping an eye on France’s media, culture and politics.

Time Out – Your critical guide to the arts, culture and going out in Paris.

@fubiz – a daily dose of inspiration anything French.

CULTURAL SERVICES OF THE FRENCH EMBASSY  – division of the French Embassy in the United States.

Everything You Need to Know to be a Real French – A blog that gives you an insight into French culture.

Francophilia – a fresh take on French and francophone cultures.

French About.Com – a section in About.com for everyone who wants know about France and its language, culture, etc.

French Cultural Center – a  non-profit organization whose mission is to provide an authentic French cultural and social experience for the purpose of personal enrichment and greater understanding of the diverse peoples of the French-speaking world.

French Culture for Visitors – an insight about France before you travel.

French-Word-A-Day – A blog about life in France.

The Good Life France –  Everything you want know about France and more.

Paul on French –  Paul shares his experiences learning the language of Molière. A blog about learning French.

The bab.la Weekly – a curate  of Language and Culture Stories.

@franceinnyc – The Cultural Services of the French Embassy.

Focus on French Cinema – is a FILM FESTIVAL dedicated to the international cultural identity of French and Francophone cinema honoring the achievement of French language film.

Rendezvous with French Cinema – a website about French films and industry.

@colcoa – A week of French film premieres in Hollywood.

Chocolate and Zucchini – Chocolate & Zucchini is a blog written by Clotilde Dusoulier, a French food writer based in Paris who shares her passion for all things food-related. @clotildenet

Cuisinequotidienne – a personal blog on cooking.

French Cooking for Dummies – French cuisine for everybody who wants to try. @French_Cooking

French Revolution – a personal blog about  recipes, and memories, of the kind of French-American fusion

The French Wench – a blog about food of an French-Australian expat . @thefrenchwench

La Tartine Gourmande – is a fantastic source for delicious recipes as well as a feast for the eyes.  @tartinegourmand

La Fourchette S’est Emballée – is brought to us by Leslie Ray from the lavender fields of Provence, South of France. Fork in hand, Leslie guides us through her world of fabulous recipes, classical music and images from her quaint surroundings.

My French Cuisine – French cuisines cooked up in California. @myfrenchcuisine

@FranceDiner – We love good cuisine and good wine: French, Chinese, Indian, Italian, American, Oriental. Give them a try in casual to chic restaurants in France.

@haute_cuisine – The best of La Haute Cuisine, with a French twist

@frenchfoodie – French food & wine news from around the web.

Bonjour de France –  a ” cyber-magazine “free education with exercises, tests and games to learn French as well as worksheets to the attention of teachers of French as a foreign language (FLE).

eTools for For Language teachers – a blogsite of core French for 8 – 11 year old students in Canada.

French by French – a free website to learn French.

French Education in the Bay Area –  French for children K -12.

Lexophiles –  a free website where you can learn different languages including French.

Listen to French – provides listening practice in French at an advanced level for English speakers.

Oui C’est Ca –  a blogsite of a French teacher for adults.

@French_LKL – Free lessons on every aspect of French grammar, vocabulary, and pronunciation, plus quizzes, sound files, study tips, and so much more.

@French_forkids – RESOURCES FOR TEACHING CHILDREN THE FRENCH LANGUAGE AND CULTURE.

@LL_French – Learn French with words of the day and more!

AngloInfo – Everything you need for life on the Côte d’Azur – local information you can trust.

French Crazy – a personal blog of an American college student who is absolutely crazy about French.

French Entree – the complete online solution to buying French property, living in France and planning your holidays in France. @FrenchEntree

French Essence – an Australian writer who lives between London and Saint Rémy de Provence in southern France. The author adores everything to do with life in France and especially the olive farm she calls home.

French Moments – a website about lifestyle, culture, and experiences in France.

Oh Sacre Blue – a personal blog about France, the French language, travel and anything else that inspires the author.

The French District – Everything French in New York.

The French Life –  From sampling wine and French cuisine to sneaking onto the yachts in Monaco.

This French Life – THIS French Life provides many interesting nuggets of information and is of service to people who are keen to move to France, or those already living there.

@French_Moments – French Moments is a Sydney-based organization with an international focus which promotes the French language and culture to English-speakers worldwide. frenchmoments.com

@AI_ParisFR – . AngloINFO is here at every stage of #expat life. Comprehensive, accurate and up-to-date info on everyday life in #France

@Becausefrench – An insider look on how we live, some cooking, health or beauty tips, and lot of fun!

@Frenchicshabby – French style and inspiration for the home.Topic Host for FrenchEntree online.

@expatfrance – Your complete guide to France with information about buying French property, living in France, travel guides and holidays in France fromhttps://Lost-in-France.com

@LivingFrance – The UK magazine about French culture, property and lifestyle

@MessageParis – A full parenting resource for English-speaking families in Ile de France. Where you belong.

French Essence – Writer, blogger and author of MY FRENCH LIFE and FRENCH ESSENCE… For a daily French fix…

Famous French Music – a website about French music , its culture, and its success all over the world for more than fifty years.

@FmsFrenchMusic -popular French songs and French artists of past, present and future.

1jour1actu– A great website for beginner and intermediate level if you want to improve your reading.

@BreakingF24 – Get in real time the latest Breaking News

@FrenchFtWeekly We are an English language French football website

Bonjour Paris – Travels / Guide to Paris and France from the top insiders in Paris. @Bonjour_Paris

France This Way – Guide to travel France and all things French.

French at a Touch – Free Travel Tools + Resources – Worldwide Travel at your Fingertips!

Secrets of Paris – An alternative insider’s guide to the French capital.

Understand France – get an insider’s view of the Franco – American scene : working in Paris, tips about food, what’s new, etc..

Weekend in Paris – Paris advice that is practical and fun. @WeekendInParis

Your French Holidays – French Holidays has been developed by French and British nationals, with the aim of helping you plan and make the most of your holidays in France.

@BookParisHotel – Founded in 1996, Paris Hotels .com aims to offer travelers a select list of hotels in the city of lights.

@france_images – Editor of a taste of https://France.com . Regular visitor to France,love the food and life style Travel – Photo – French property. 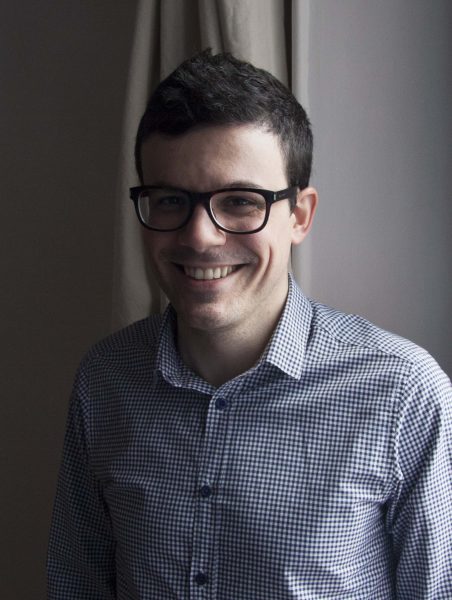 Frédéric BIBARD is the founder of Talkinfrench.com. He helps motivated learners to improve their French and create a learning habit.