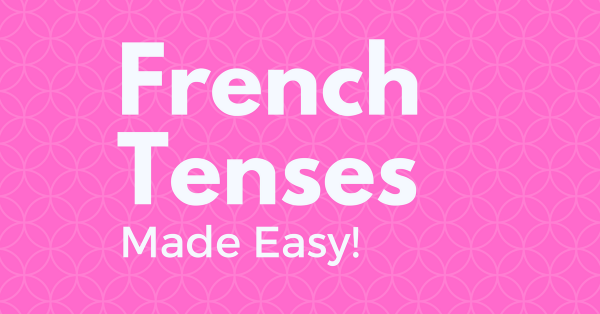 Most grammar books will tell you that the way to learn tenses in French is to go through all the motions, the full “process” and the boring nitty-gritty.

But as most native French speakers would agree, there is an express path or a quick shortcut in expressing French tenses, and this is to use some verbs and expressions to talk about something that recently happened, something that is still going on, and something about to happen in the near future.

When studying French grammar, the first step is always learning the indicative form of the verbs. The indicative mood is the very basic fundamental. After which, you gradually progress to the other tenses. However, in this quick method, you can use the indicative directly to state recent past, near future and ongoing actions without learning the other complicated tenses.

For non-French speakers, this can be an easier, faster way to learn to speak French, and it is also a great prerequisite to learning the other tenses.

So if you’re ready, check out this useful guide in making proper use of the French verbs venir and aller, and the expresssion être en train de.

I. Expressing recent past using the verb venir

Venir is one of the most commonly used French verbs. It is an irregular verb which basically means “to come”, and it can be easily used to conjugate the recent past or convey the idea that you have just done something recently.

How to use venir in recent past

The format is simple. All you have to do is form a sentence construction using this formula:

Viens de is the closest thing in English to the word “just”.

Note that by using the word “just”, you are expressing yourself casually and informally by telling someone of a recent action that you did. This is basically the same logic behind the use of viens de.

Here are the rest of the conjugations for venir.

Some French learners would have trouble between futur proche and futur simple, and their uses are often interchanged. But the difference between the two are the following:

How to use aller in near future

This is basically the same with the previous discussion on venir. Simply follow the following format in using aller to express near future actions.

[symple_box color=”blue” text_align=”left” width=”100%” float=”none”]
The conjugated present form of ‘aller’ + the infinitive form of the action that is about to happen.
[/symple_box]

Aller in its present form can be literally translated in English to mean “going to”.

Here are the correct conjugations for aller.

Example: Je parle which literally means ‘I speak’ can also be used to mean ‘I am speaking’.

But to speak precisely, however, you can always use the French expression être en train de which literally means to be _____-ing, to be in the middle of doing something or to be in the process of of doing a certain action.

How to use  être en train de

Here’s the format to follow when using  être en train de to express an ongoing action.

Here are the conjugated forms of the irregular verb être.

IV. Quick Recap of the Topics

To wrap up this lesson, here are the key things to remember:  [symple_box color=”red” text_align=”left” width=”100%” float=”none”]