Do you struggle with the donner French conjugation? Well, you’ll be able to learn how to after reading this article. 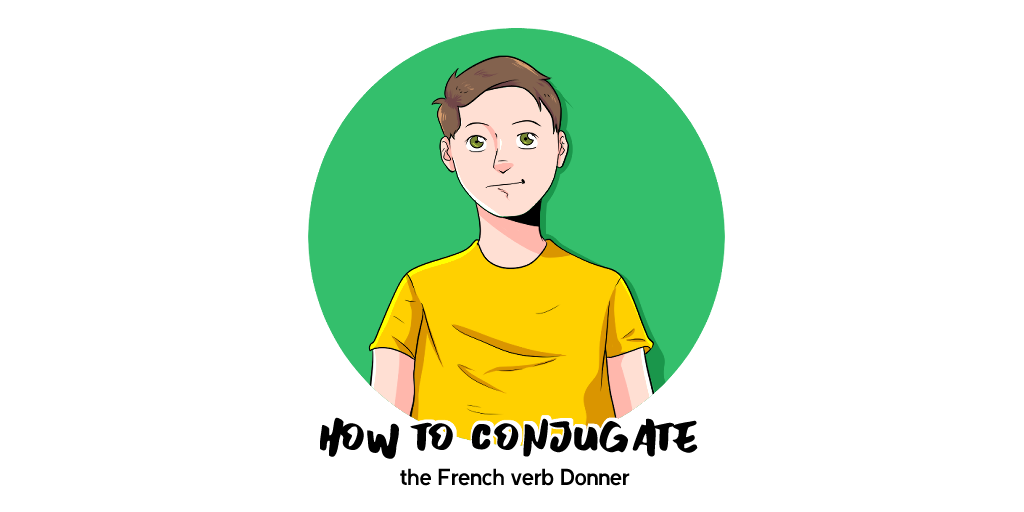 Donner is the French verb meaning “to give”, so it would be used to translate a sentence such as “you give him your bike” to “Tu lui donnes ton vélo”.

This verb is a regular er verb; it follows the same rules as most er verbs. So, once you have learnt the rules for donner you can apply them to most others that end in er.

Present Conjugation of Donner in French

As with all verbs in French they will change depending on the tense that you are using them in and who you are referring to when speaking. So, here are the verb conjugations for present tense.

As you can see, in the present tense, donner follows the same rules as any other verb ending in er, such as adding an “e” to the stem of the word (in this case “donn”) for I and he/she while an “es” is added for you.

With the imperfect tense, you again keep the stem of the word the same and change the ending depending on who is being spoken about.

When conjugating donner in the imperfect tense it is important to remember to add the “a” in they give as that is the version that changes the most and is a common mistake, due to the other plurals beginning with an “i”.

So, as with all ‘er’ verbs in the future tense, the infinitive stays exactly as it is, without being stripped down to the stem (in this case “donn”) before having some letters added to the end.

With the future tense, most of the conjugations have an ‘ay’ sound at the end of the verb such as “Je donnerai” and “Vous donnerez”.

French Conjugation of Donner in the Passé Composé Tense

The passé composé is a past tense that is used to say when you have done something before. In comparison to the imperfect tense, which is where you are saying that you have continually done something in the past.

So, as a rule, this tense requires the use and conjugation of two verbs. For donner, the two verbs that will need conjugating are the verb avoir meaning “to have”, as well as donner.

Donner is automatically conjugated into the past participle for each person so donner will become donné, while avoir is the verb which will change with this tense.

As you can see the conjugation of the verb avoir uses the present tense while being used with the past participle. Also, remember that when a vowel follows “Je” the “e” is replaced with an apostrophe and when speaking the words run together.

Future Perfect Tense Conjugation of the Verb Donner in French

The future perfect is similar to the passé composé as it uses a conjugated version of the verb avoir to create the correct tense for the verb donner, which will again retain the past participle when being used.

This tense is used for saying you will have done something.

So, again in this tense it is the verb “avoir” that is changing to denote the change in tense for the verb “donner”.

Near Future Tense Conjugation of Donner in French

The near future tense is used when you want to say that you are going to do something, for example “I am going to read”.

This tense, similar to the future perfect and passé composé, uses the conjugated version of a second verb to change the tense of the verb donner. This time using the verb aller meaning “to go”.

The conjugation of donner in this tense remains as the infinitive, while aller changes depending on who is mentioned.

Examples of the Conjugation of Donner in French

As you can see there are many different tenses that donner can be used in, the same when speaking in English, all with different conjugations of the verb. The tenses listed in this article are just a few that are more commonly used in conversations.

Other French Verb Conjugations can be found at the links in the list below: