When learning to speak French, it is imperative that you learn how different verbs are conjugated so that you can write and speak sentences correctly. Without verb conjugation your speech won’t make sense or could potentially come across with a completely different meaning to what you had intended.

Verb conjugation is definitely one of the most intimidating tasks when learning a new language, but once you have mastered them, it will become second nature. 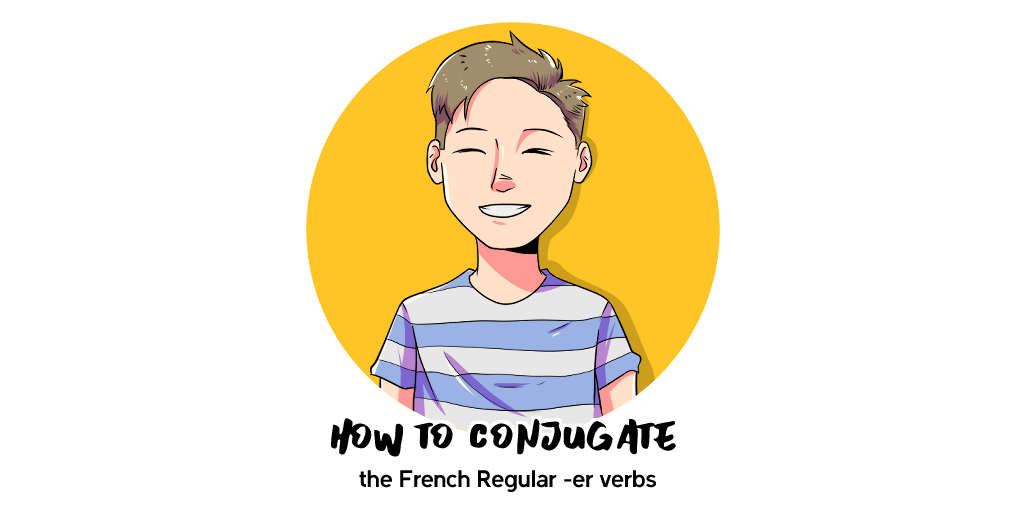 Conjugation is the practice of changing the suffix of a verb to identify several different factors. The conjugation can change depending on who’s talking, who they’re talking about, and the tense that it is being spoken in, all of which will be addressed in this article. Many verbs will follow the same rules when being conjugated, which makes it easier to understand.

-Er verbs are probably the most common type of verbs that you will come across in the French language, and, as previously mentioned, the majority of them will follow the same rules for conjugation. Others such as aller are slightly different (the conjugation of which can be found on this website here).

How to Recognise a Verb That Needs Conjugation

Verbs have a basic form in any language, in the English language, these are identified by using the word “to” in front of them for example “to have” can become “has” in the present tense and “had” in the past tense. This basic form of a verb is known as the verb infinitive, in French, these verbs are determined by the end of the word (they usually end with -er, -ir, or -re). The last two letters of the verb are how they are then distinguished, hence the -er verb term, it is these that also determine how they are conjugated.

When speaking in present tense, it is the person who you are referring to that will affect the suffix of the verb. So, in most instances with -er verbs, you remove the “er” ending, which will leave you with the base of the verb, and then you add on the letter or letters that are required.

As you can see, there are a few different variations on the verb when conjugating, but all the verbs tend to follow the same rule: “er” is replaced with simply “e” when talking about yourself or an “es” when talking about a friend. These conjugations are the same for every regular er verb that you will come across.

This is another case where the conjugation of the er verb depends on who you are talking about when using the verb. However, in this case, you keep the ending of the verb and add the future participle.

Seems simple enough, right? To conjugate the -er verbs so that you can talk about future events, the verb remains the same before gaining a couple of letters, the latter three being the same as for the present tense conjugations.

Should you wish to learn more about the future tense, you can find more information about this topic here.

The imperfect tense is a past tense, it is used to refer to something that has happened or describe things, such as people or events, in the past.

Should you wish to learn more about how and when to use the imperfect tense, there is another article about it here.

When speaking in French, the verb conjugation is shown entirely in the pronunciation of the verb and the context in which it is used, so it is important to practice speaking the differences out loud for the instance where it is needed.

Many of the different conjugations sound very similar and can sometimes only be differentiated by the subject that is in use before the verb. For example, when saying “Je mange” for “I eat”, it is pronounced the same way as “Tu manges” for “You eat” despite the different spellings.

There are several different tenses for verb conjugation that aren’t listed here, however, these are the four that are most commonly used. It is also advisable to look into which -er verbs are irregular meaning that they won’t follow the rules that have been listed above or will look slightly different to the ones mentioned, as their conjugations will need to be learnt separately. For example, the verb aller (to go), is the most recognisable irregular -er verb, the link for the article on this particular verb conjugation can be found here.