French Calendar: How to Talk about Days, Months and Years in French

French Calendar: How to Talk about Days, Months and Years in French 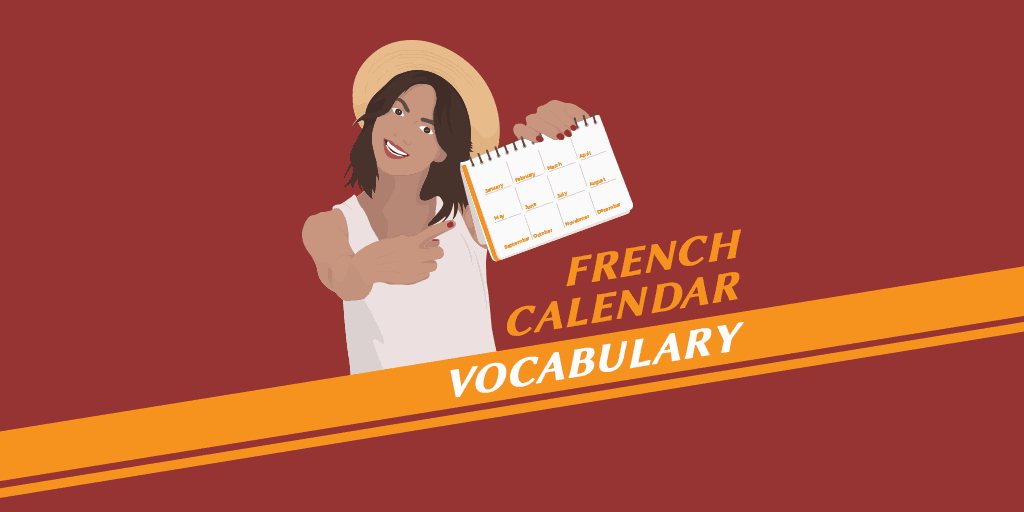 It’s another year, a new chance to get things right, and a whole new set of twelve months to look forward to! If you’re learning French, you need to know how to say the days and months in French, as well as be able to say the dates.

That’s something we’ll remedy in this article. Here let’s talk about the calendar in French or le calendrier.

A Day in French

Take note that the French word for afternoon is exactly worded out the same way in English.

So après-midi is literally afternoon!

The Days of the Week in French

Next up, we have the days of the week or les jours de la semaine.

If you could notice, the names of the days of the week in French are based on the different god and goddesses.

Lundi is named after Luna, the Roman goddess of the moon. Mardi comes from Mars, the Roman god of war. Then there’s mercredi from Mercury, jeudi for Jupiter, and vendredi for Venus.

Other things to remember:

The Months in French

Now let’s talk about the different months and what they’re called in French.

Did you notice something? Just like the days of the week, the names of the months in French are also written as all small letters. In French, we do not capitalize the first letter of the name of the month.

One important thing you need to know is that the dates in French are said as a cardinal number.

Example: It’s the first of December.

One exception for this is the first day of the month which is always referred to as le premier, an ordinal number.

Learn more about cardinal and ordinal numbers in French in this article!

How to talk about years in French

Now we’re down to the years. When talking about a year in French, you either use ‘an’ or ‘année’.

You can also simply say:

Take note that if you simply say c’est +  year ending in zero such as 2000, people can confuse it with a price or amount of something.

How to say the date in French

Use the following format:

Test your knowledge of the lesson we discussed by answering a few questions below:

1. What does this mean?  Aujourd’hui, nous sommes dimanche

3. How do you say Wednesday in French?

So there you go with the days, months, and year in French. Now you can finally talk about the different dates in the calendar.

Want more simple lessons like this? Get your copy of Beginner’s French Grammar in 30 Days. It comes with easy-to-follow lessons, audio, quizzes, and exercises plus a lot more. Check it out below!