The 15 Best TV Series to Learn French for All Levels

Watching French TV series or films are both excellent ways to help you learn French.

It helps you gather a better understanding of the daily lifestyle and expressions that French may use whilst consolidating your existing vocabulary. It can help you fine-tune your listening skills to adapt to the various speeds and accents you may encounter.

However, while it can be an enjoyable and productive way to cram a lesson into your day, the truth is that you don’t always have time to sit down to watch a two-hour tear-jerker about a bourgeois quadriplegic and his carer from the suburbs.

Fear not though, you can turn to the more manageable and reliable medium that is television. The two huge advantages that television has over film are those of time management (easier to fit around your schedule) and story depth (longer running time= longer character arcs and plotlines).

For this reason, I have compiled a list of the best French-language television series out there, past and present. 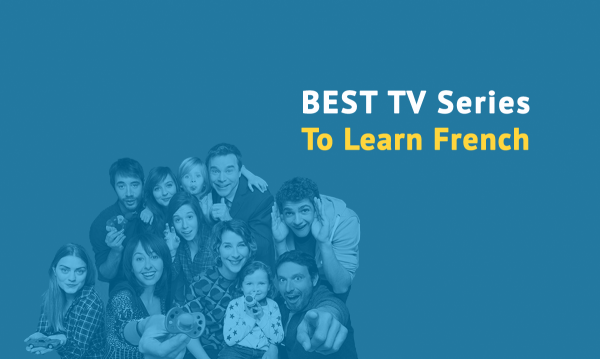 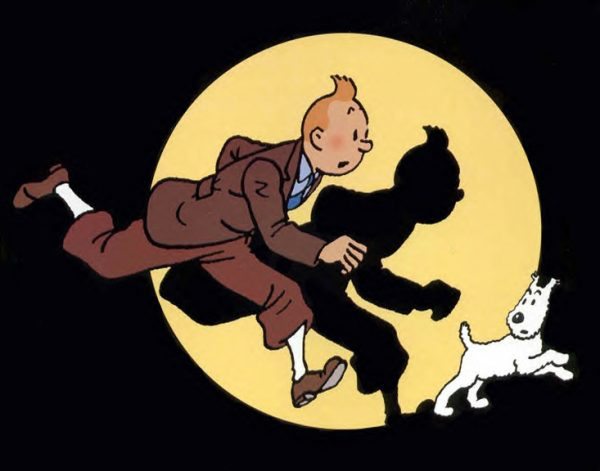 Plot: Follow the adventures of a young Belgian detective and his loyal travel companion Snowy the dog as they travel the world, going from one adventure to the next.

Why watch it? Simply put: it’s a timeless classic. Originally a children’s comic book, the language is ideal for beginners, whilst the content is enjoyable for all ages. 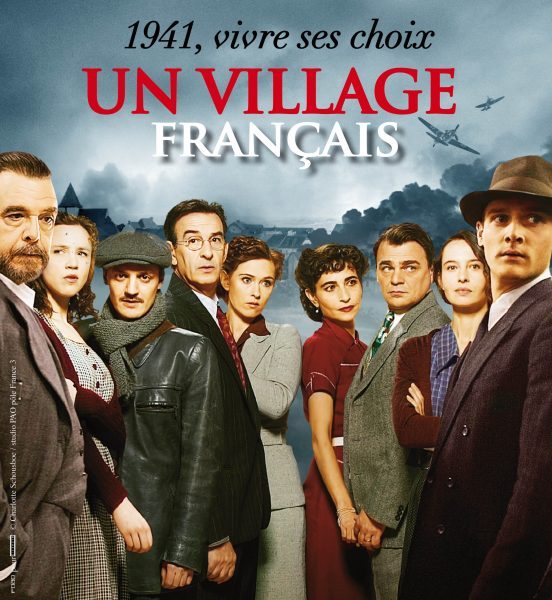 Plot: Drama set in the fictional town of Villeneuve during the Nazi occupation. Seen through the eyes of the populace, the prolonged state of fear brings out the best and worst in people, as the town rallies together to make it through this most trying of times.

Why watch it? One for the history buffs among you. An in-depth portrayal French life during this period, set against the historical backdrop of the Vichy government.

Plot: Comedy depicting two contrasting families over the course of a year. While their differences are evident, both families slowly become more and more drawn to one another along the way.

Why watch it? In this classic sitcom format, the viewers are presented with an honest depiction of French humor, and its important role in what it means to be French. 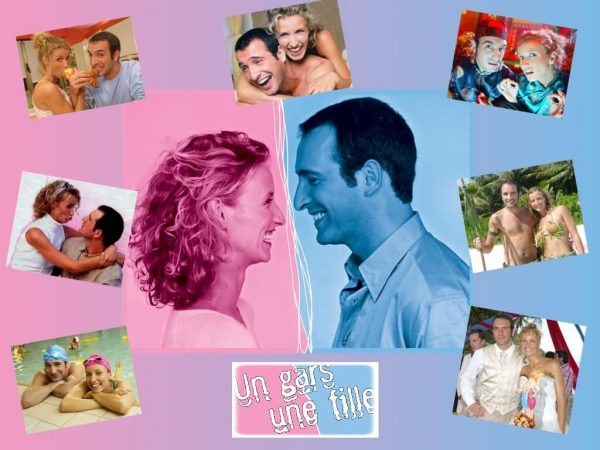 Plot: A detailed look into the lives and relationship of a French couple. Loving, laughing, crying, shouting and back to loving. No stone is left unturned in this study of their everyday existence, and their consequences that can make or break even the most solid of connections.

Why watch it? One of France’s most popular television series, it is a firm fixture of the country’s pop culture. Originally from Quebec, the French adaptation has shortened the episode lengths down to seven minutes each - making for an ideal bite-sized lesson somewhere in your day. 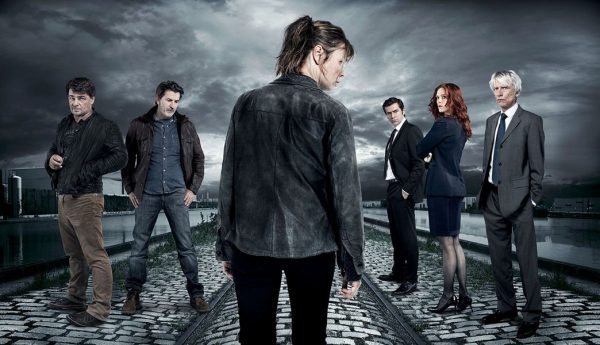 Plot: Police and legal drama series centering on the working relationship between the Parisian police and the justice system, as they work together to maintain peace and order in society.

Why watch it? Detectives, lawyers, judges, criminals. What’s not to like? Fans of crime shows, in particular, should make a note of it, as should anyone trying to take their study to the next level, as the language does become quite intricate at times. 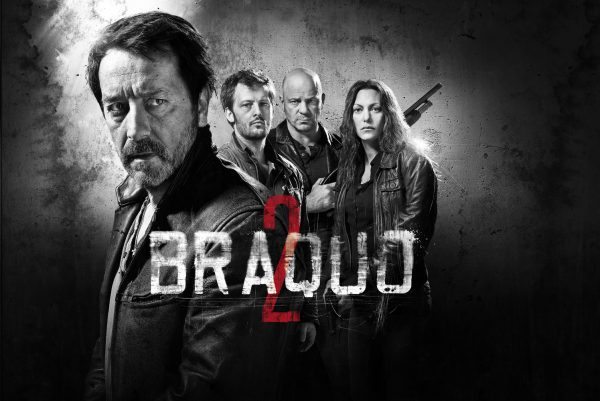 Plot: Following false accusations and the resulting suicide of their former colleague, four police officers band together to clear his name and, in doing so, put themselves in the firing line.

Why watch it? A truly action-packed thriller for the adrenaline seekers amongst you. With only twenty-four episodes, it also represents an achievable project. 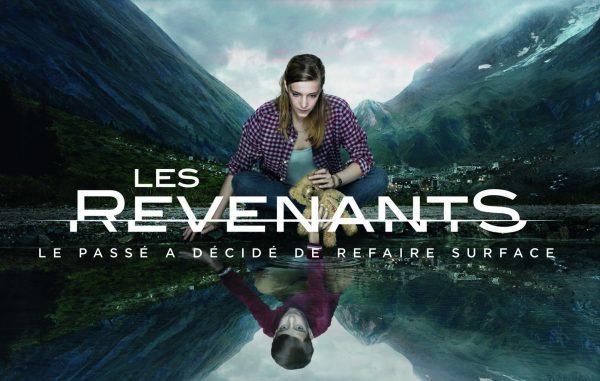 Plot: The serenity of a sleepy rural town is shattered by the inexplicable supernatural phenomena that start occurring. Sudden power outages, water levels depleting, weird skin marks and, most significantly, the return of their deceased loved ones.

Why watch it? A fresh take on a familiar supernatural/fantasy genre, breathing some now life into the public’s enduring fascination with zombies. 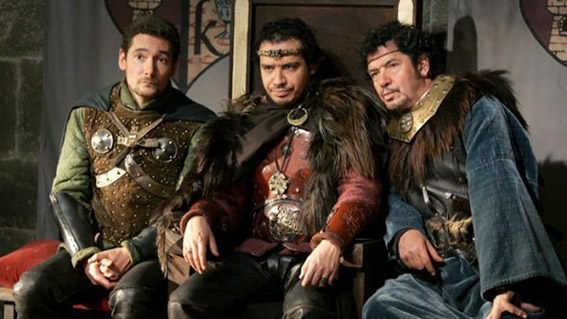 Plot: Centered on King Arthur and the Knights of the Round Table’s quest to locate the Holy Grail, this is a satirical reimagining of the well-known legends.

Why watch it? Thoroughly entertaining, with its mini-episode format (around three and a half minutes) making this an extremely enjoyable way to practice your French comprehension.

Plot: Follow ‘I’, a nameless 30 year old, through the monotony of his day-to-day existence, as he struggles to meet the basic goals that he believes constitutes a successful life.

Why watch it? A more insightful view of modern French culture is on offer in this frank series. However, the dialogue is very fast-paced, with most characters speaking at a relatively high-speed. As such, it may not be suitable for beginner to intermediate levels. 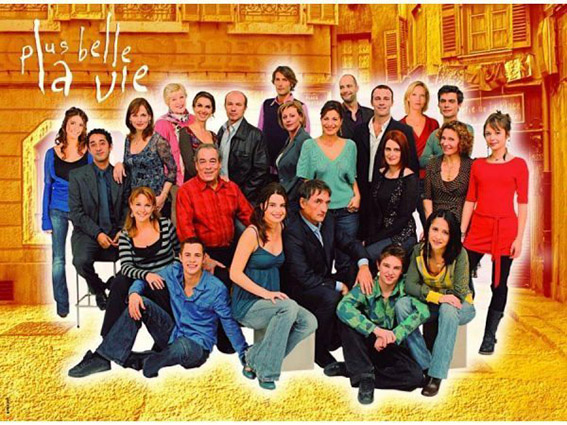 Plot: Soap opera based in the fictional “le Mistral” neighbourhood in the Mediterranean port-city of Marseille. With more plot twists than a Hollywood movie, and plenty of melodrama, it’s more escapist than realistic in its portrayal of contemporary France.

Why watch it? While perhaps not considered to be the apex of highbrow intellectual viewing, the show is extremely entertaining. 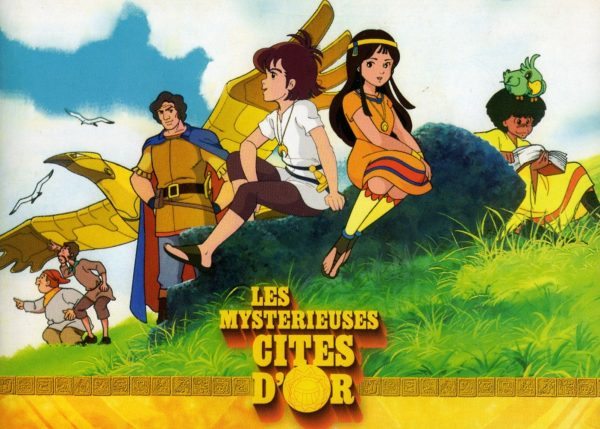 Why watch it? A joint French and Japanese production, the animation is charming whilst the content is both enchanting and family friendly. It is ideal to watch with the kids before bedtime. 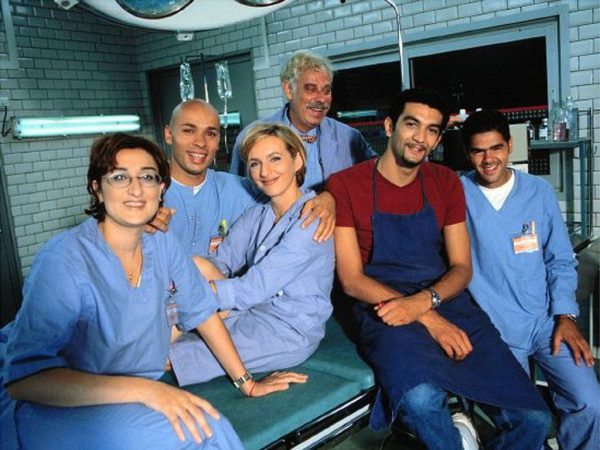 Plot: Back to a more conventional format.. The plot revolves around a Parisian hospital’s medical staff, and the  absurd situations that they face.

Why watch it? For the laughs alone, which this show delivers time and time again. Great for when you’re not looking for anything too serious, and just want to relax at the end of a long day.

Plot: Adapted from the original Spanish show “Escepas de Matrimonio”, watch three couples of differing generations and the ways they make their relationships work for them. Each of the couples offers a different perspective, depending on where they are in their lives, of the diverse joys and dilemmas that they face.

Why watch it? A closer look into the ‘average’ French household. Well adapted from the original material. At times the humour can be quite dark, which may or may not be your cup of tea. 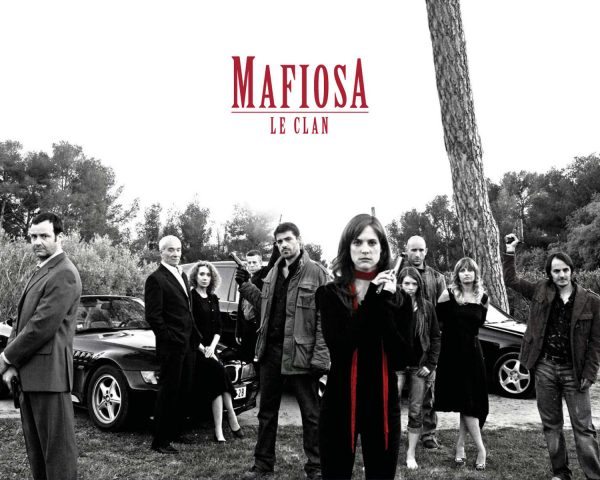 Plot: After the murder of her notorious uncle, Sandra Paoli must take her place at the head of her family’s clan of the Corsican mafia. Assisted out by her brother, she dives headfirst into a world of violence, drugs, sex, and money.

Why watch it? A feminist twist on the tried and tested crime-drama genre, allegedly a dramatisation of the life of Sandra Casanova-Germani, sister of Jean-Luc Germani, currently France’s most wanted man. See the rise to power of a woman overcoming adversity (despite she is a criminal…), to prove that she deserves her title in the macho environment of organised crime. If The Sopranos and Weeds got together, then this would be their love child. 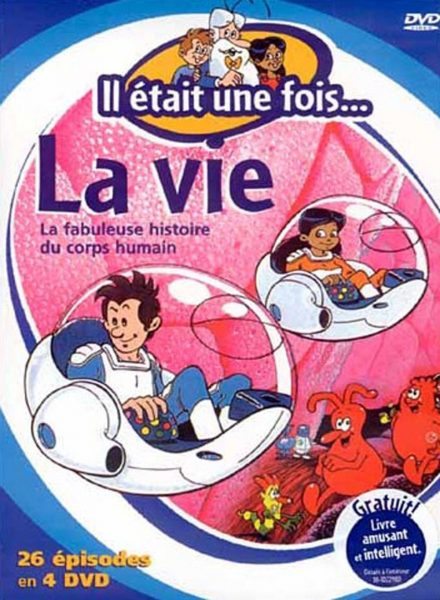 Plot: Another French-Japanese animation creation. Aimed at children, we’re presented with an interactive tour of the human body and its various bits and pieces in an educational format.

Why watch it? Unless they’re particularly interested in expanding their French anatomy vocabulary, adults might want to give this one a miss. It is, however, an excellent tool to help teach your kids French, while they might also learn a thing or two about blood vessels along the way.

Q: Where can I go to find these shows?

You can go straight to the source and view the shows on their respective channel’s websites. To do this, however, you will probably have to install a Virtual Private Network (VPN) and set it to a French IP address. There are plenty to choose from, and they take seconds to install.

I recommend Tunnelbear, it’s only five dollars a month, with discounts offered from time to time. Just make sure to test it for compatibility prior to subscribing.

The world’s most popular movie streaming site has finally entered the French market. So, if you’re currently in France (at least virtually thanks to the VPN) and have an account with them (even if you sign-up with Netflix in the USA, U.K...) then you will have access to some of France’s most popular television series and can check to see if they have the ones you’re looking for.

It’s always worth checking to see if someone has uploaded full episodes of whatever you’re looking for on YouTube. You’ll probably have more chance of finding some of the older shows from the list on here, as the newer ones might be more thoroughly policed for copyright infringement.

Always a safe bet if you are looking for French series. They should be able to provide you with whatever box set you’re looking for and ship it to you. But double-check the DVD region, sometimes DVD is not compatible with your DVD player... If you’re willing to pay retail price for the series, then this will be your best option.

If the Internet cannot provide you with the goods that you are looking for, then you can always check your local DVD outlet. A lot of them will have foreign sections and you might get lucky and strike gold.

So, there you have it, 15 French TV series that will surely entertain you. Whether you fancy a zombie-walking, crime-stomping, fairy-princess anime, or a darkly satirical dramedy; the important thing is to not see this as homework. Take your time to find the show that is right for you in terms of level, length, and taste. Once you have it, the progression will be noticeable.