6 Excellent French Newspapers for All Levels | Talk in French

6 Excellent French Newspapers for All Levels 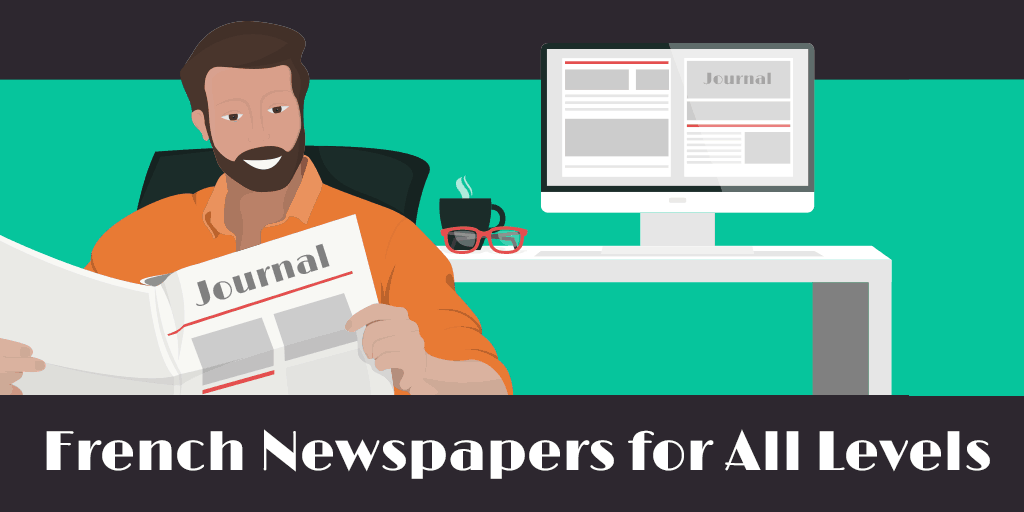 In previous articles, I wrote about how reading is a great way to expand your vocabulary and learn better sentence structures. Reading French newspapers in particular not only helps with your reading comprehension skills, but it also keeps you up to date with what’s happening in French society.

Here in this short article, let’s take a look at the different French newspapers that are perfect for each level. So whether you’re currently a beginner, intermediate, or advanced level French language learner, sit back and check out this list!

Pronounced vingt minutes, 20 Minutes is a daily newspaper given for free to commuters in France. It’s called 20 minutes because that should be enough time for one person to read the newspaper from cover to cover!

Mon quotidien is a daily newspaper aimed for children 10-14 years old. The simple format and language being used are especially great for beginners!

You won’t find this newspaper in news stands though; it’s available only through subscription. But for those not in France, you can access the news via their website.

Once known as Le Parisien libéré (The Free Parisian), this newspaper was first published in 1944 by the French Resistance.

Today it covers national and international news, as well as events in Paris and the suburbs. The national edition of Le Parisien is known as Aujourd'hui en France (Today in France). With just the right kind of language and topics, this newspaper should be just right up the alley of intermediate level learners.

Considered as one of the most respected newspapers in the world, Le Monde has been in circulation since 1944, after the Liberation of Paris. Le Monde covers pretty much every topic ranging from current events, economy, world news, culture, and more.

Founded in 1826, Le Figaro is one of the oldest newspapers in the world, and the oldest in France.

With its conservative stance, it is considered as center-right and its editorial is said to be the voice of the French middle and upper class.

Liberation is the third most notable French newspaper, together with Le Figaro and Le Monde. Popularly known by the French as Libé, this newspaper was founded in 1973 by famous philosopher Jean-Paul Sartre together with journalist Serge July. Its editorial stance is currently centre-left.

There you have it, six high-authority French newspapers for learners of all levels. Which one have you read so far and what can you say about it? Do share with everyone in the comments!

This list also appeared in my book Fluent in French, the Ultimate French Language Study Guide. Get your copy of the e-book and get a chock-full of tips, hacks, and practical guidance on how to learn French. It's free with the Complete Method courses on the Store, such as the one below for Intermediate.