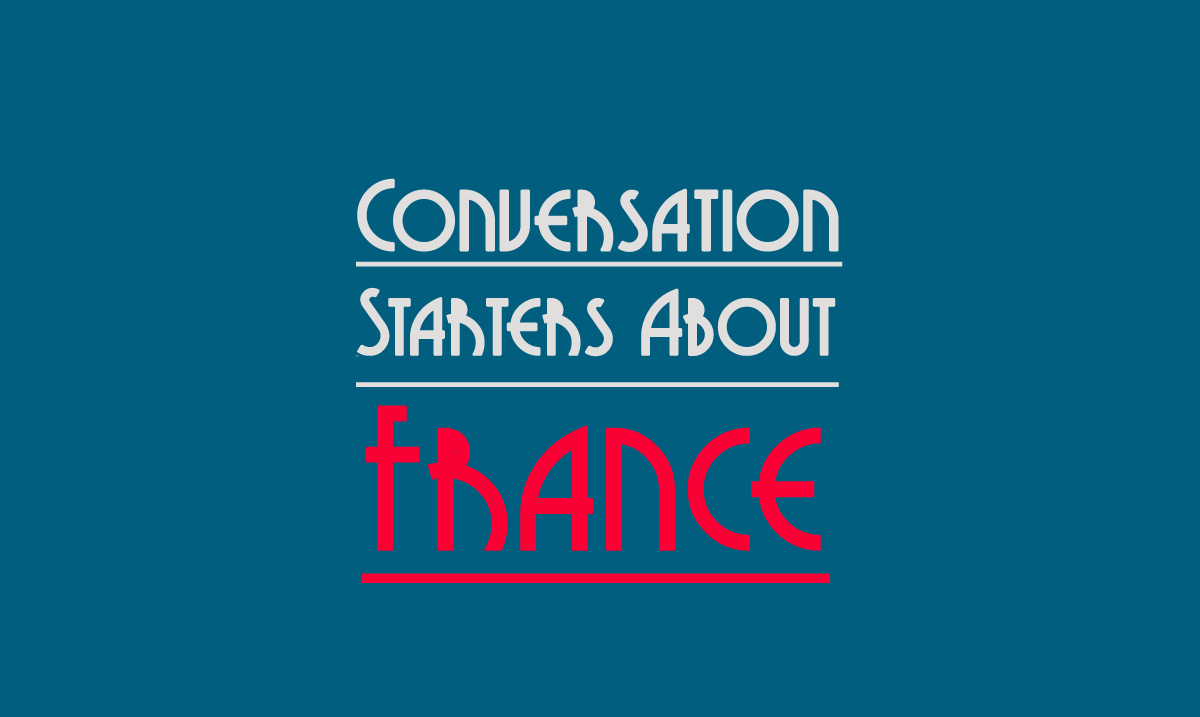 What’s worse than being stuck in a conversation where you simply couldn’t rack your brains hard enough to come up with something brilliant to break the ice?

Nothing could be more awkward or nerve-racking than just sitting there looking like an idiot. The longer the silence, the sweatier your palms get, the more awkward the moment becomes, and the more you fall deeper into the awkwardness spiral and you’re hardly ever going to recover from it. By that time, your conversation partner would already be toying with the idea that you must be some sort of an idiot with IQ lower than a goldfish. Ouch.

The good news is, we’re nice enough to help you out with this one. And since this is a site about everything French, we’re giving you a bunch of super awesome conversation starters and ice breakers about France that will take you from awkward moron to knowledgeable worldly fella in just a minute or two. Cool huh.

So are you ready? Here goes.

1. There was a Parisian street mime who took his art too seriously that he got stuck inside his imaginary box and eventually died of starvation. Now that’s what we call being dead serious about your job. Nothing good could ever come out of it. 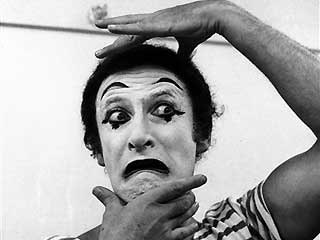 2. Crayola is actually a French word that means “oily chalk”! 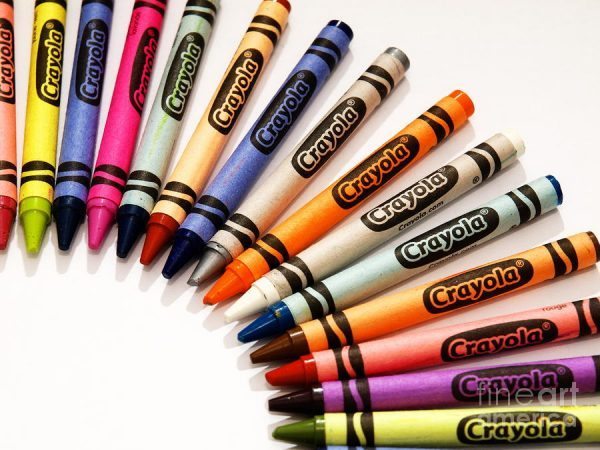 3. Nimes, a French city in the Languedoc-Rousillon region, is the true birthplace of jeans! Levi Strauss first imported the fabric to California to make work pants for the gold miners. The rest as we say, is history. 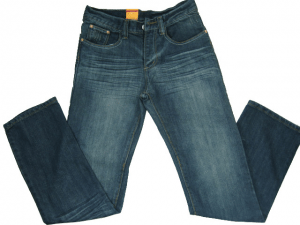 The word “denim” is short for de Nimes!

4. April Fool’s Day is said to have began in France. In 1564, when the country switched to the Gregorian calendar, some poor souls didn’t catch the memo and thought April 1 is still New Year’s Day. Imagine the teasing they got from their friends. 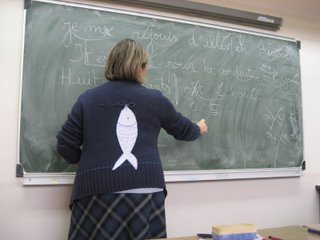 5. The Bikini was invented in France at the same time by two different designers who were working independently from each other. The two-piece bathing suit was called two different names by their designers: l’Atome and Bikini. The name Bikini—which was named after Bikini Atoll—stuck. To date, July 5 each year is known as Bikini Day to commemmorate the anniversary of its invention.

7. There was an actual social experiment done by a couple of guys for a Youtube channel. They were testing the theory that you can pick up girls more easily if you speak French. The amazing results? Here, take a look!

8. Dom Perignon and his Benedictine monk colleagues first thought the bubbles in the champagne they made is some kind of terrible mistake. They tried correcting it until they realized it’s actually kind of cool. 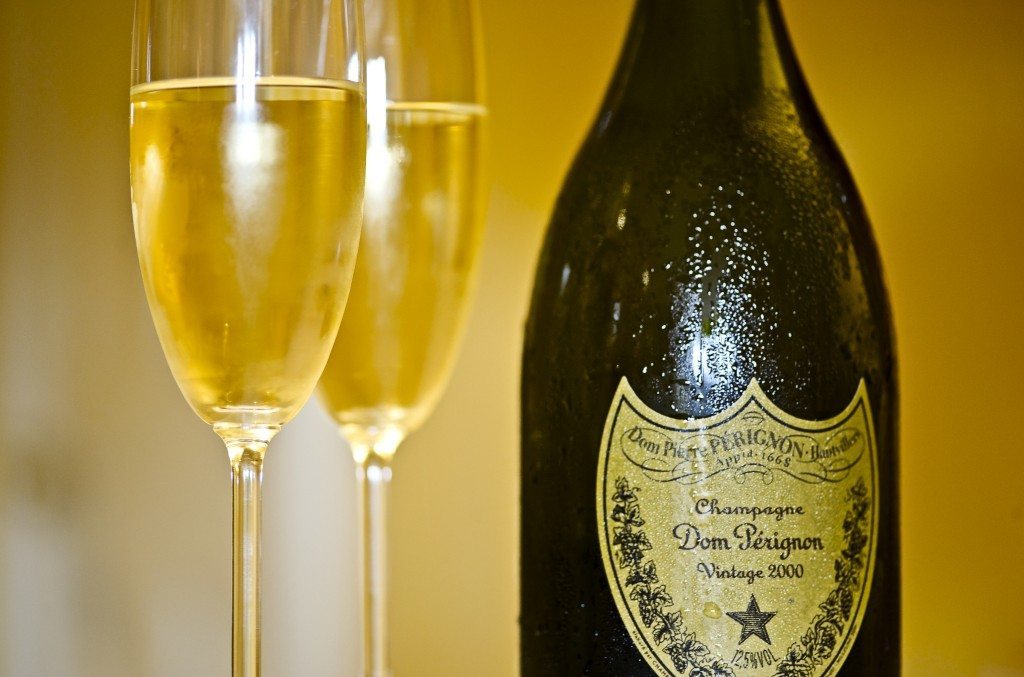 9. The French have the most number of sex in a year, according to a survey released in 2003.

10. In 1386, in Falaise, Normandy, France, a pig was publicly executed for murdering a child. The even more bizarre twist? They dressed up the pig in human clothes. The full story can be read  here. 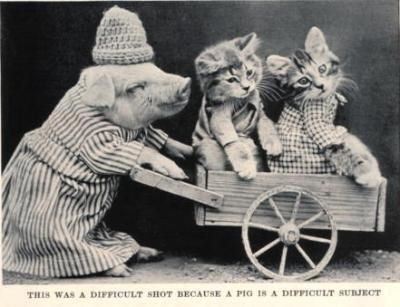 11. Speaking of pigs, there is a law in France that says you cannot name a pig Napoleon. 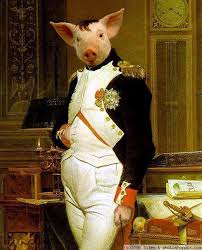 12. French first lady Carla Bruni used to date rockstars like Eric Clapton and Mick Jagger. When she was 23, Mick Jagger saw her with Eric Clapton and was instantly bewitched. Clapton had to plead with Jagger: ‘Please, Mick, not this one. I think I’m in love.” She also dated Donald Trump for a while. 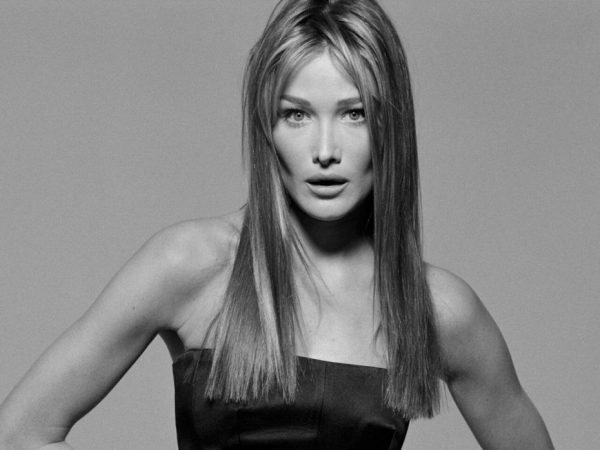 13. The first department store was built in France. So are the first restaurants. 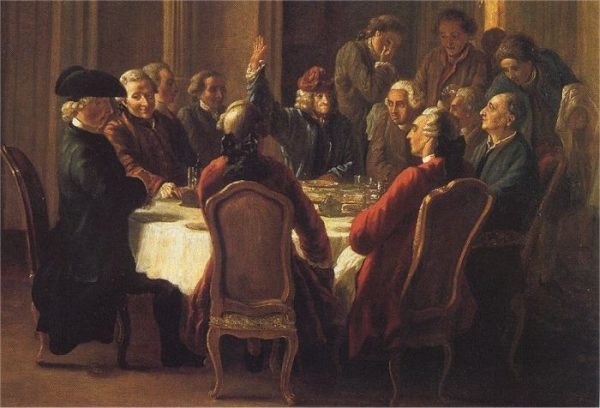 15. Beer is relatively expensive in France and is considered a bit of a luxury compared to wine. Wine used to be served for free in most restaurants for lunch and dinner, as a meal accompaniment like bread. 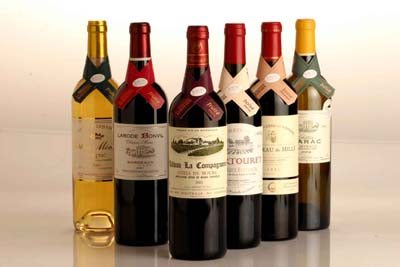 16. Speaking of wine, the French have been making wines since the Roman times, and they have no plans of slowing down any time soon. In 2004 alone, a total of 56.6 million hectoliters of wine was produced in France! 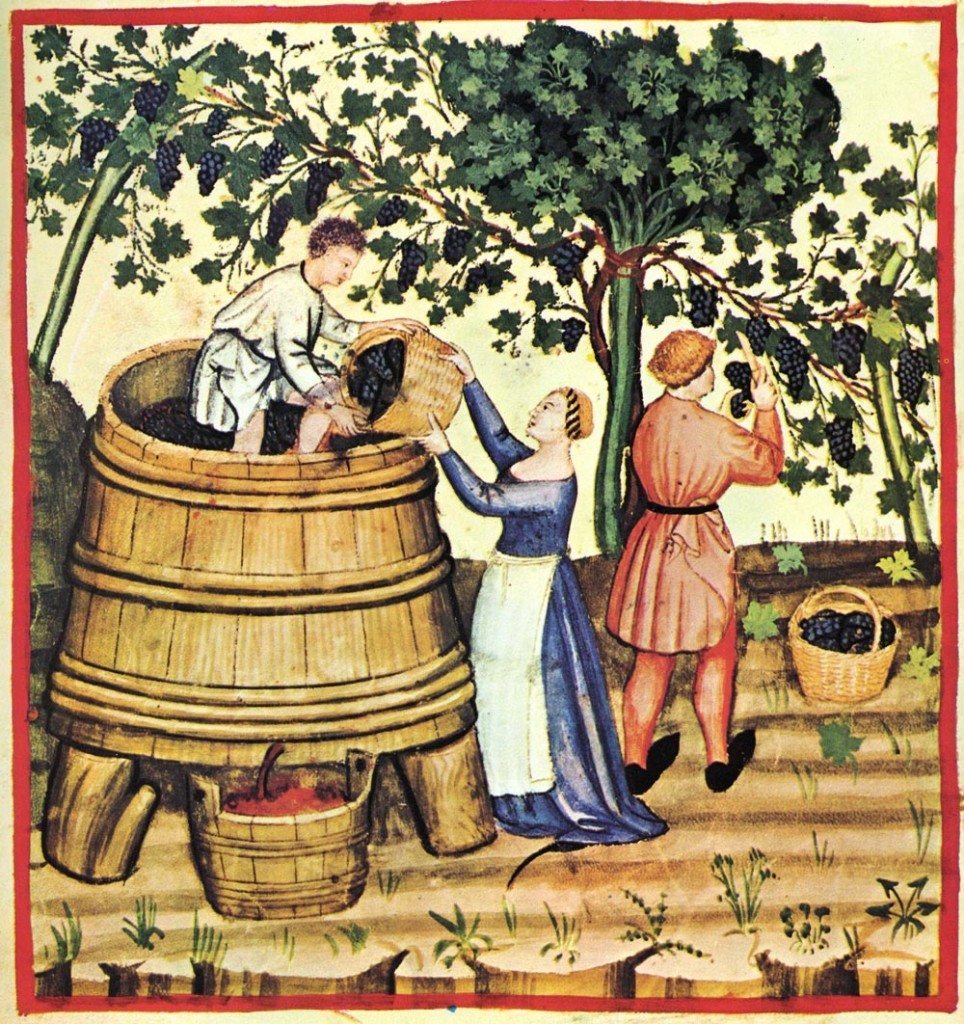 17. Wearing a white wedding dress originated as a French tradition in 1499. 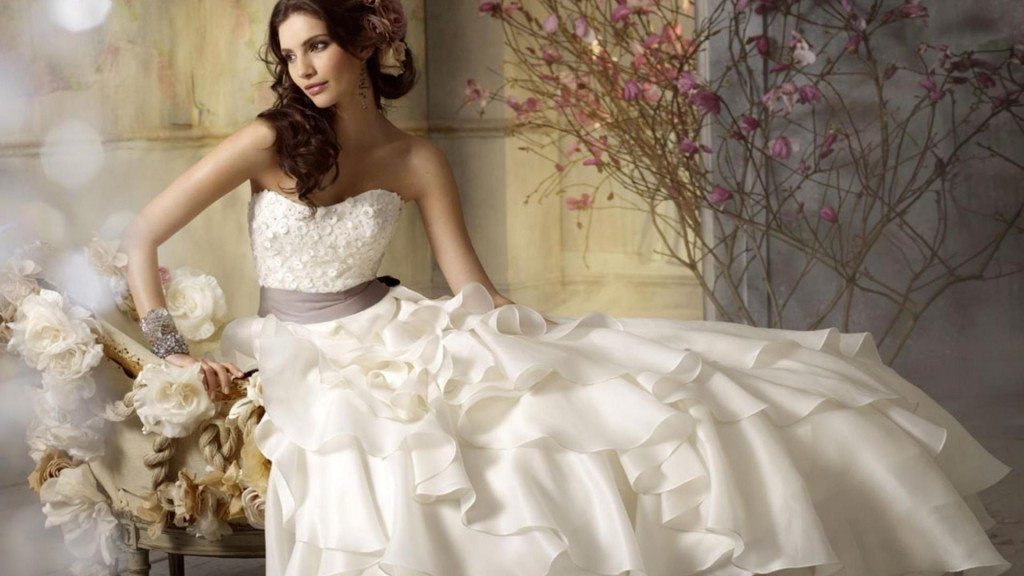 18. Lady Liberty is French! The Statue of Liberty was given by the French to the Americans to celebrate the US’ centennial. 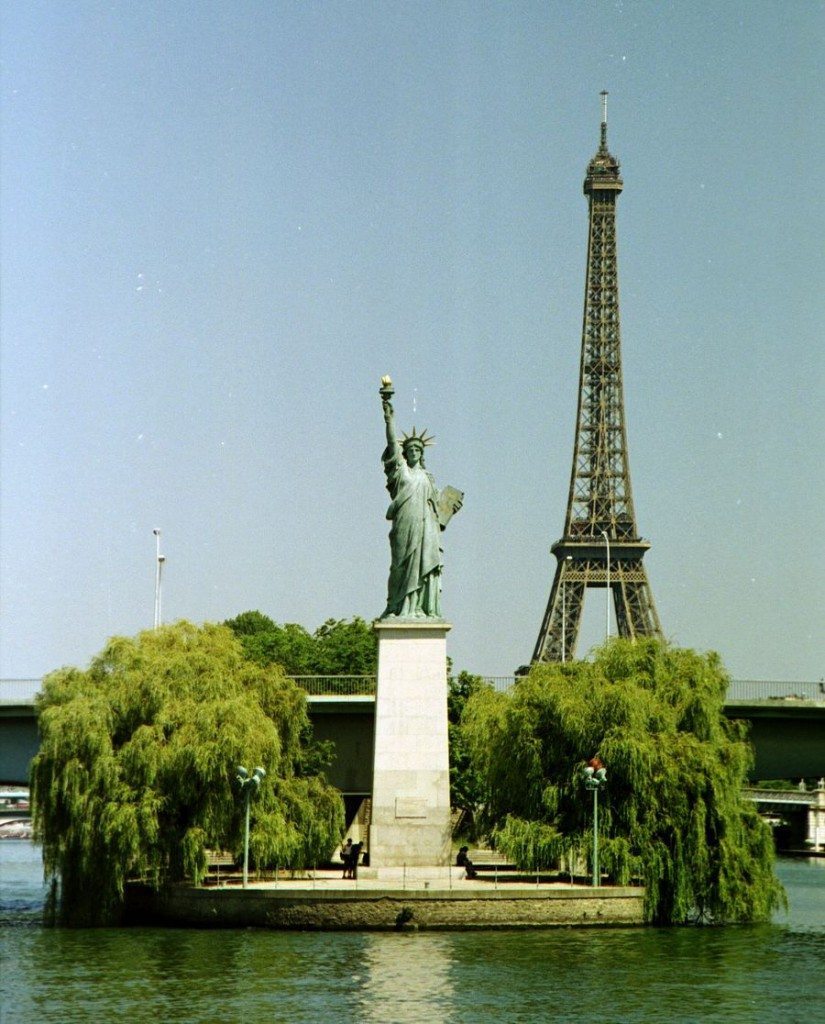 19. It is believed that if you [accidentally] cross your glass with someone when you’re toasting, you’ll receive seven years of bad sex (gasp!)

So there you go, 19 cool facts to help you out in your daily conversations… or even on dates! Come to think of it, these factoids might be just what you need to land a hot date (or two).