It would seem as though the rest of the world is deeply fascinated with French women. Think: ageless beauty glamorously wrapped in haute couture,  exuding an alluring sophistication and je ne sais quoi while drawling seductively in rich melodious tones. What's not to be fascinated about?

There are a lot of myths that pop up when we pause to talk about this topic. It seems like everyone has an opinion or two. So in this article, let us once and for all tackle the different myths surrounding French women.

Here, we've listed them down for you. You can tell us merci later. 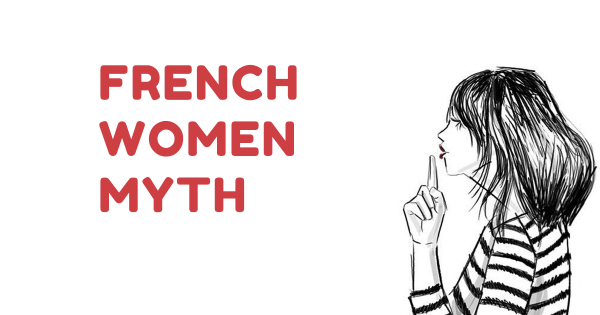 1. First and foremost on the list is something we hear at every turn---French women don't get fat.

This topic has spawned books, diets, articles, and way too much uproar.

But the question is, do they really not get fat?

But still, this figure is far behind when compared to other countries. This could be attributed to the French women’s healthy outlook when it comes to food, as well as their penchant for walking, smoking, cycling, and other ingrained habits that are known to improve metabolism.

For a longer list of reasons why they don't get fat, check out this page. 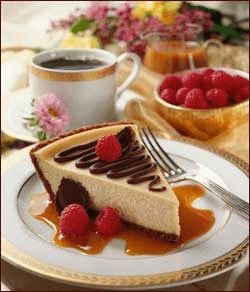 French women have an air of mystery about them that men could interpret as playing hard-to-get, but an online study claims that it is indeed true. In fact, the study says, they are the most hard-to-get in all of Europe: they are the least likely to be engaged in an online conversation, the hardest women to impress online, and the least likely to respond to male attention.

But is this true for real-life scenarios as well?

Maybe this is due to the fact that French women are somewhat used to male attention that the ones who wish to spark a romantic interest just have to try a lot harder. Pour in a little more “la séduction”  maybe?

The media has fed on this frenzy, depicting French women as smokers (albeit really glamorous ones) who “would rather be dead than fat”. Unfair? Yes. Though there's a kernel of truth in it as the smoking debate goes on and on in France despite the public smoking ban. But exactly how many French women smoke? Are ALL of them smokers?

Not all French women smoke, but 28% of them do. This is not the highest in the world, but still a staggering number compared to other countries whose smokers are on the decline. 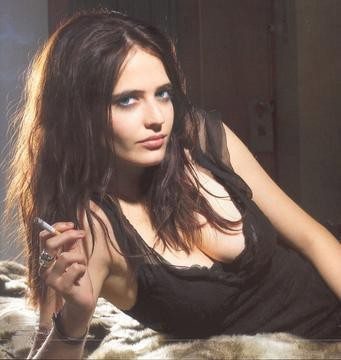 Well actually, this is a pervading stereotype that affects all French people, regardless of gender. We hear of rude waiters, sales people, and basically almost everyone you come across on any French street. But what is the truth behind?

Are the French truly, hideously rude?

The French are in fact, quite friendly people despite the standoffish facade, but cultural differences might lead foreigners to think otherwise. For example, interrupting someone while talking is not a big deal at all. Being a pushover, on the other hand, is not considered a good trait to acquire, and you are more likely to earn respect if you assert yourself and defend your idea. If you could get past the sort of snobbish formality, you could be in for a wonderful surprise.

While the French women do seem a lot more comfortable in their skin than other nationalities, not all of them actually hang around the beach uncovered. There is a good mix of women with tops on and off, so this generalization is faulty to say the least.

But hey, wouldn't the world be a brighter place if they do?

Not all of them go topless. But there are lots of beaches where it is appropriate (and even slightly compulsory) to go bare-topped for women, or even naked. The French are very liberal when it comes to these type of things.

Ah the well-known image of the sensual la femme française, lounging around in her lacy undergarments and oozing with sex appeal. But are French women really into sex?

But are French women really into sex?

As studies suggest, yes indeed they are. Only 3.5% of women aged 18 – 35 abstain sexually, and 90% of women over the age of 50 are still sexually active. Compare that with only 60% of their American counterparts.

From magazine covers, runways, TV, and movies, we see the epitome of French women as ridiculously perfect from head to toe. With a little makeup, not too coiffed (but still perfect) hair, and to-die-for outfits, these women look like Venus who have decided to grace humanity with her presence. But are they truly effortlessly perfect and just simply born with it?

Journalist Peggy Frey has previously debunked this myth in the French paper Le Figaro. According to the article, French women have a slew of beauty routines that are kept with utmost secrecy. They're also the biggest consumers of anti-wrinkle creams in Europe.

It's probably time to put this rather silly cliché to rest.

French women do shave. But most don't do it themselves with home shaving kits and depilatory creams, but rather visit the spas and beauty salons that are in abundance. They are, in fact, impeccably groomed.

We hear this a lot too. They rarely smile. Or do they?

They don't make it a point of smiling to strangers. If they do, that must mean they have intentions of not wanting to be strangers anymore. But see no. 2 on this list to find out why this is unlikely. But that is simply part of their mystique---the allure, the mystery. The good thing is, if they smile, then you'll know they're really happy and the smile is genuine.

10. French women have a more casual attitude about infidelity.

Some call it turning a blind eye, some think of it as unruffled composure. But in the book called 'Les Hommes, L'Amour, La Fidélité' (Men, Love and Fidelity), French psychologist Maryse Vaillant says,

"Our culture isn't as harsh about infidelity as, say, the Anglo-Saxon countries ... where cheating on your wife is seen as very bad, by the wife, the cheater and the whole community. There, people would rather get divorced and remarry, whereas in France we can imagine someone being married and having relationships at the same time."

Some even go as far as claiming that French women “don't just tolerate infidelity, they expect it”. As the French psychologist puts it, the role of the supportive wife who accepts that her husband may stray from time to time is well understood in French culture.

So what about you? Do you have any myths about French women that you'd like to add? Sound off in the comments below!

Join the Talk in French community! Sign up to get the weekly newsletter and receive a generous gift upon joining! Click the photo below to subscribe.