Have you ever tried to conjugate avoir as you would an ordinary -ir verb? Below are the ways to conjugate the verb without getting confused with the rules for regular -ir verbs. 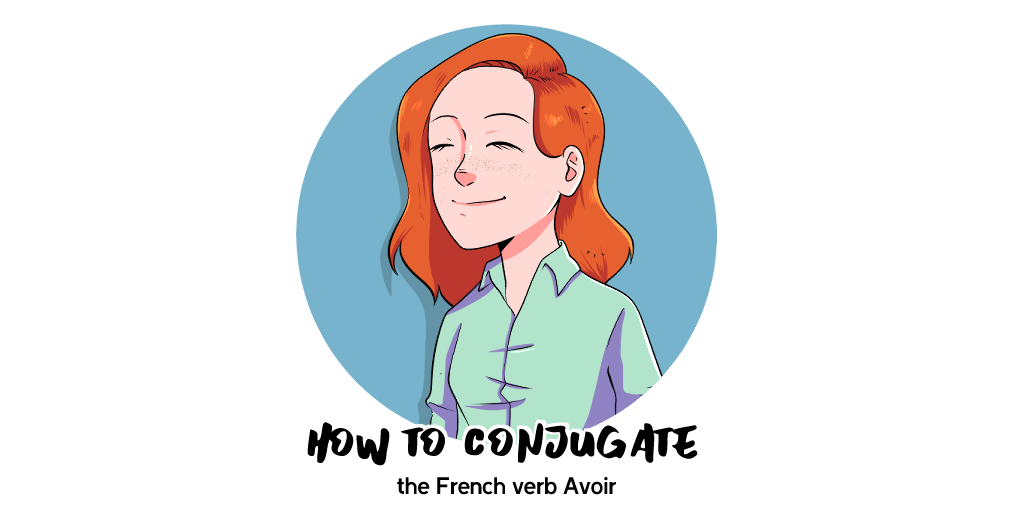 Definition and Background Information on Avoir

Avoir means “to have” in French. One very common use of the verb is when answering the question of how old are you. This is because when speaking of your age in French, you say how many years you have.

In this example, “I am 27 years old” becomes J’ai vingt-sept ans. Ai being the conjugated version of avoir in the present tense.

As mentioned above, avoir doesn’t follow the same rules as other -ir verbs when it is being conjugated. This can cause a lot of confusion because it is one of the most commonly used verbs in French.

This verb is also used to conjugate other verbs in certain tenses, for example, the passé composé. This is because it is used to say that someone has done something.

As is the rule, when je is followed by a vowel, it becomes j’ which is what has happened for the first person in the present tense conjugation of avoir.

The imperfect tense is a commonly used past tense, in this case being used to say that someone had something.

The future conjugation of avoir in French can be used to say that someone or something will have something in the future.

French Conjugation of Avoir in the Conditional Tense

The conditional tense is another future tense conjugation of avoir. It can be used to say that someone will have something in the future if it isn’t certain.

As explained earlier, avoir is used as an auxiliary verb for other French verbs in this tense. For the passé composé tense of avoir, it needs to be conjugated twice in a sense.

Firstly, you will use the present tense of avoir, as is shown in the table above, then use it in conjunction with the past participle of the verb (eu).

So, for this tense as long as you have learnt the French conjugation of avoir in the present tense and know that the past participle of the verb is “eu”, you shouldn’t have any issues.

French Verb Conjugation of Avoir in the Pluperfect Tense

The pluperfect tense, or plus-que-parfait, is the English past perfect tense. This means that it is used primarily to explain something that happened before something else.

To conjugate this tense in French, you need to combine the imperfect tense conjugation of avoir and the verb’s past participle.

Also known as La passé simple, this tense is mainly used in writing to describe something that has happened in the past.

This tense is also mainly used in formal written French. It is formed by combining le passé simple and the past participle of avoir.

This tense is used to describe an event that will happen in the future at a certain time.

To conjugate this version of the French verb avoir, you will need to combine the future tense and the past participle.

The Near Future Tense Conjugation of Avoir in French

The near future tense, or futur proche, is used to discuss something that will definitely happen in the future. This is in contrast to the subjunctive tense, which is conditional.

In this tense, the present conjugation of aller is used in conjunction with the full verb avoir.

Common Phrases Using the Conjugation of Avoir in French

Avoir can be used to say if you want or need something as well. When I was learning to speak French, I was told to think of it as having a need or want for something as it would make it easier to remember that way.

Avoir can also be used to talk about whether you are hungry, thirsty, hot, or cold. Although the verb is only to be used in this way when it is something that you are feeling.

Because avoir is such a commonly used verb in French and doesn’t have the same rules for conjugation as other ir verbs do, it is important that you take the time to learn these conjugations.

Other articles on verb conjugations can be found here: