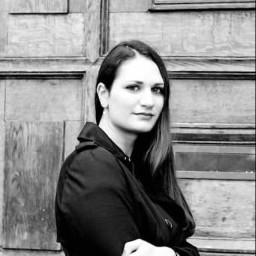 Documentary films have long been popular in France. Since the first movies shot by the Lumière brothers, like Sortie de l'usine Lumière à Lyon (1895), there has been a steady stream of high-quality French documentaries.

If you are ready to deepen your knowledge of the French language and your favorite subject, we gathered a list of some of the best French documentary films you will want to check out.

No matter your passion, whether it is animals from around the world or social questions, there is bound to be one that will pique your interest. Check them out below. Some of the French documentary films on the list may be viewed directly on this page, too! 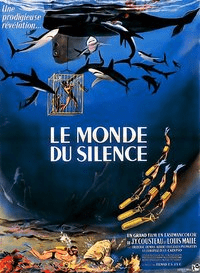 Renowned explorer Jacques-Yves Cousteau and co-director Louis Malle unveiled the mysteries of underwater life in a way that had never been shown before: the movie was the first one revealing the depths of the ocean in color. Although some scenes can be disturbing and the lack of ecological sensitivity characteristic of the time is distressing for modern viewers, this masterpiece is still as moving today as it was over 50 years ago.

Le Monde du Silence follows the divers of the Calypso over two years across the Mediterranean Sea, the Persian Gulf, the Red Sea, and the Indian Ocean. This tour de force was rewarded by the Palme d’Or at the 1956 Cannes film festival, making it the only documentary to receive the award along with Michael Moore’s Fahrenheit 9/11 in 2004. 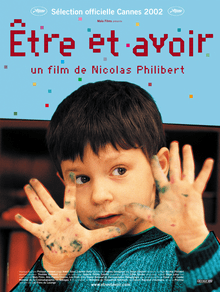 In a tiny village in rural France, a lone teacher educates the children of the community, aged 4 to 11, in a single classroom. Director Nicolas Philibert shows the strong relationship Mr. Lopez establishes with his young pupils and with their families with grace and discretion.

The children and their teacher are depicted intimately, without any special effects or voice off. The documentary was a tremendous success in France and earned many awards both locally and abroad. It is a glimpse in a slowly dying lifestyle tinted with nostalgia. The children and their teacher are incredibly endearing, and you might find yourself tearing up once or twice.

You can watch the full documentary here: 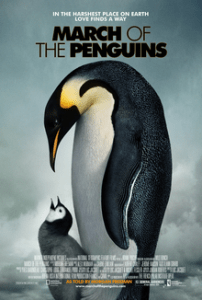 Ever year, emperor penguins walk thousands of miles in freezing temperatures to breed and feed their chicks. This tale of survival was filmed on location in the Antarctic over the course of 13 months in challenging conditions.

Laurent Chalet and Jerome Maison, who shot the movie, sustained significant injuries after getting lost in a whiteout. However, the result is an incredibly moving and visually stunning documentary bordering on drama, the penguins' storyline being treated like a fiction.

This French documentary film was exceptionally well received, both in France and abroad. It won the Oscar for the best documentary in 2006 and is the second documentary movie most viewed in theaters after Fahrenheit 9/11 in the United States.

If you are inspired to watch it, try the original version with its modern soundtrack by Emilie Simon and its three-voices narration. The American version follows a more classic approach, with Morgan Freeman acting as the narrator. 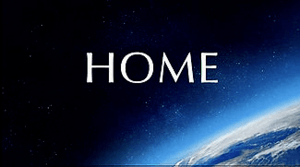 Thanks to his dramatic photos of the Earth and its inhabitants, Yann Arthus-Bertrand is a household name. In 2009, he directed a revolutionary documentary, showing both the diversity of our planet and its fragility. The movie was released simultaneously in 14 languages and made available not only on in theaters, on television, on DVD, but also for free on the internet since its opening day on June 5th, 2009, aka World Environment Day.

The goal of this French documentary film was to inform as many people as possible to the consequences of human actions on the environment and the necessity to act quickly. The documentary is shot entirely from above, covering all five continents and a variety of landscapes, from deserts to large metropolis.

Check it out below: 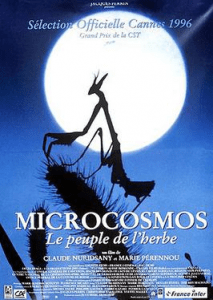 There is a whole world hiding at your feet, and that’s the universe that Microcosmos: le People de l’Herbe explores. The stars of the show are the tiny inhabitants of a French meadow: ants, ladybugs, snails, etc. filmed up close thanks to camera specially conceived for the occasion.

Over the course of a day, the spectator follows the lives of the bugs around us and experience the world from their point of view. It is fascinating and great for families too. 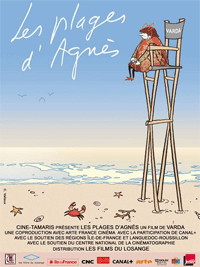 Agnes Varda, who recently passed away on March 29th, 2019, was one of the founding members of the French New Wave. Les Plages d’Agnes is an autobiography, following Varda at the eve of her 80th birthday, as she retraces the events of her professional and personal life, from Belgium to California.

She reenacts some scenes, meet up with old friends, putting herself at the center of her films, images, and reportage.  It is a fascinating and poetic tale for anyone with an interest in French cinema. 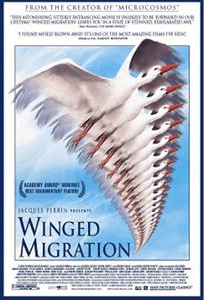 Have you ever looked up to the sky in the spring or the fall, wishing you could join the formations of birds above your head as they travel to their summer or winter ground? If so, this is the documentary for you.

Following several species of birds across seven continents, the directors take you along with them in their incredible journey, doing everything in their power to make you feel like a bird yourself. From aerial footage at bird level to the wingbeat-sound punctuated soundtrack, you can experience the dangers and the beauty of their long journeys like never before.

You can watch this French documentary film here: 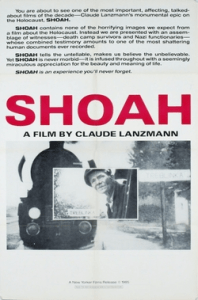 When faced with the horrors of the Holocaust, it can be hard to understand how such an event could have taken place. For over 11 years, Claude Lanzmann gathered the testimonies of living witnesses linked to the Shoah: survivors of the camps, SS officers, bystanders, and camp administrators.

The result is a nearly ten-hour-long movie divided into four parts: the Chelmno extermination camp, the death camps of Auschwitz and Treblinka, and the Warsaw Ghetto. Painful and uncompromising, the documentary is a must-see.

And the second part is here: 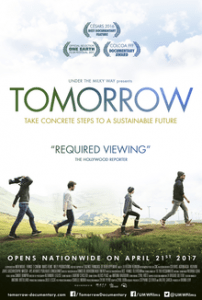 It is easy to feel overwhelmed and helpless when confronted with the scale of the damages we have caused to the environment. But Demain does not dwell on the negative. It is a documentary full of hope and concrete solutions that can be implemented in our daily lives.

Melanie Laurent and Cyril Dion explore the initiatives taken all over the world by ordinary people in European countries, but also in the United States and India.

This French documentary is shot like a road movie and is divided into five chapters, focusing on agriculture (food), energy, economy, democracy, and education. It won the 2016 César Award for Best Documentary Film and was a box-office success in France. 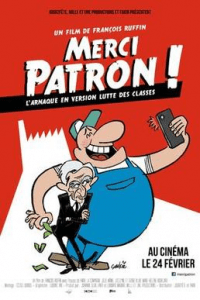 France often has the reputation of being either a liberal utopia or a communist nightmare depending on who you are talking to. In this documentary unapologetically inspired by Michael Moore’s Roger & Me, Francois Ruffin follows the struggles of a couple formerly employed by a luxury manufacturer and whose jobs have been relocated to Poland.

The director takes upon himself to chase down with a good dose of humor the CEO of LVMH Group, Bernard Arnault, who also happens to be one of France's wealthiest people, in order to obtain compensation for the couple. The documentary was a considerable success in France and is often cited as a factor in the rise of the Nuit Debout movement, a wave of protests against proposed labor reforms which took place in the Spring of 2016.

Check out some more French movie lists below:

10 Essential Movies to Watch Before Going to Paris