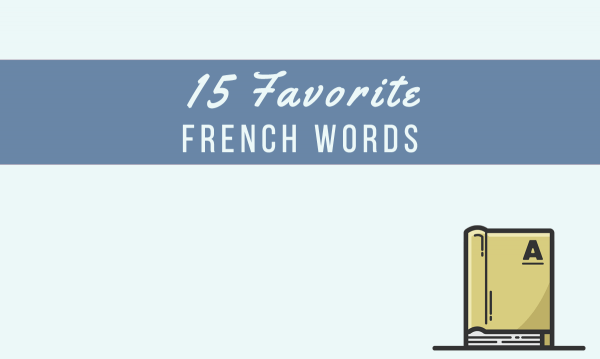 Do you have a favorite French word?

I’m pretty sure you do. So I asked the Talk in French community in Facebook what theirs is and the list I got was interesting.

Some are truly gorgeous words, others quite thought-provoking while some are just amusing and a bit odd. You can see the first part of the list here. And today, we’ll take a look at the second part. 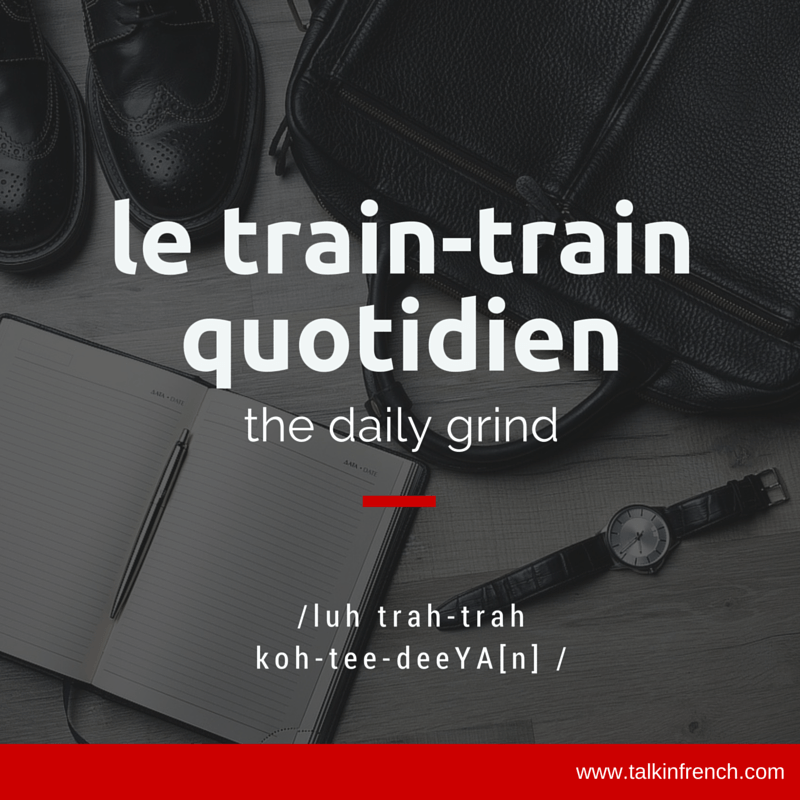 Le train-train quotidien may seem like an intimidating expression that involves trains, but it has nothing to do with it actually. This expression is all about the daily grind. The same old, boring day-to-day routine. The waking up in the morning, going to work, coming home, going to sleep…and waking up to do it all over again. That kind of boring day-to-day.

Paints a bleak picture but quite a fun word to add to your vocabulary, don’t you think? 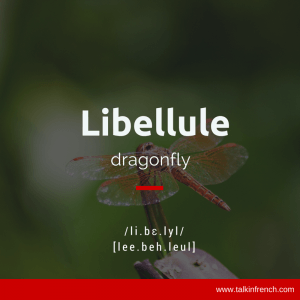 Libellule is a dragonfly. And for one reason or another, this word is a favorite of many French learners. Could be because of its distinct sound and how you have to wrap your mouth around the letters to form the word. Plus, of course, dragonflies are quite lovely creatures, too. 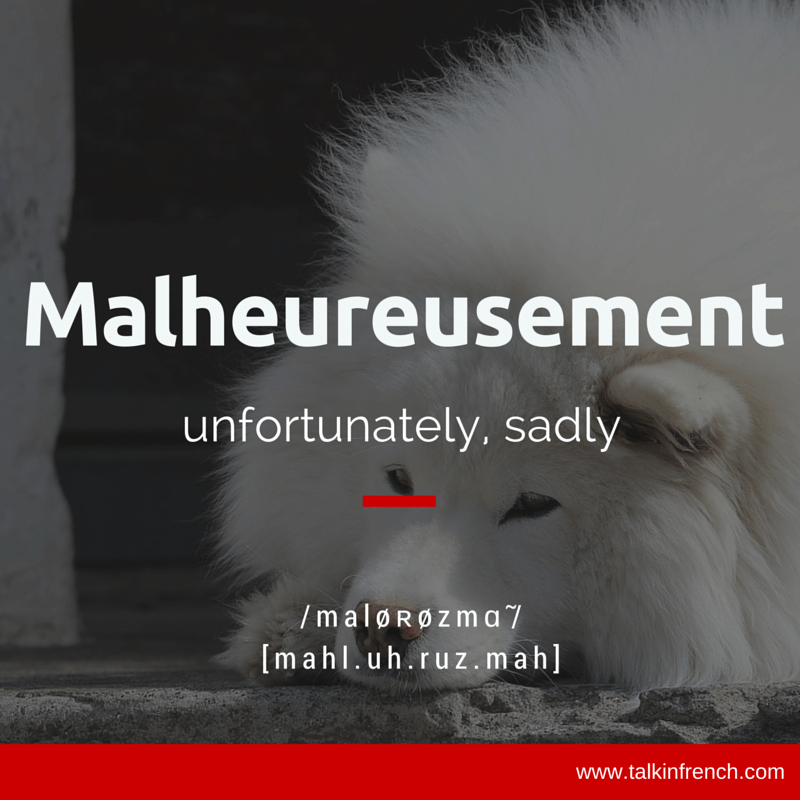 There are a lot of unfortunate instances that life throws our way, and for those moments, there’s this word to help you out. It might not be a very perfect scenario, but hey, at least the word you’ll be using sounds divine. 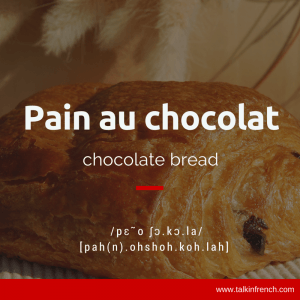 So.. I’m going to take a stab here and guess that this word is well-loved by learners because it conjures enticingly warm and soft, velvety sweet images and memories. I couldn’t blame them. Pain au chocolat. Miam miam.

What’s interesting though is that this pastry is not called pain au chocolat in other parts of France. In south-west France, this is called chocolatine. In the north it’s petit pain. In Eastern France, it’s croissant au chocolat. What do you call it from where you are? 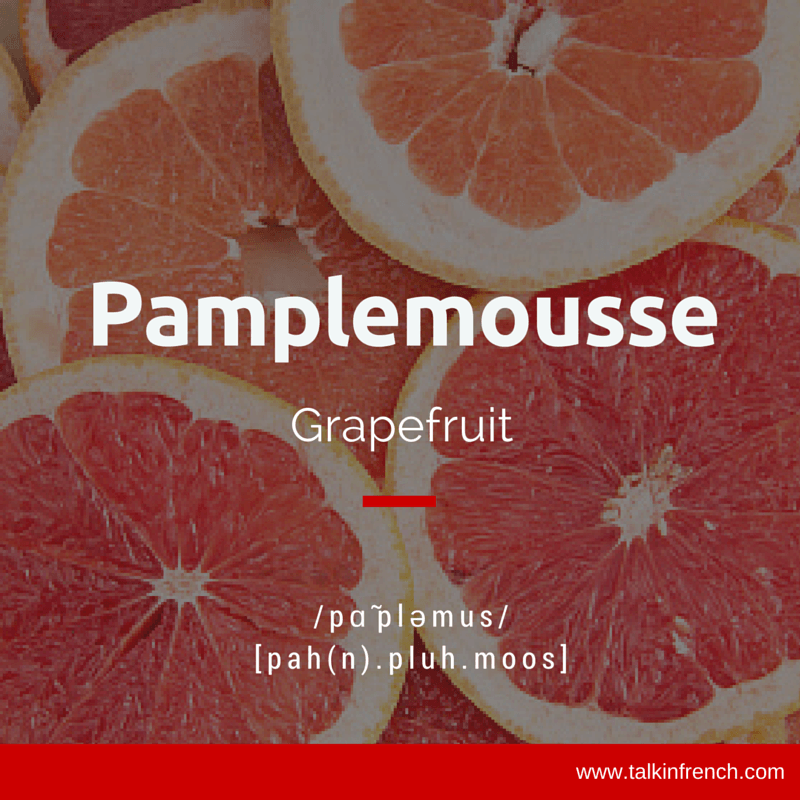 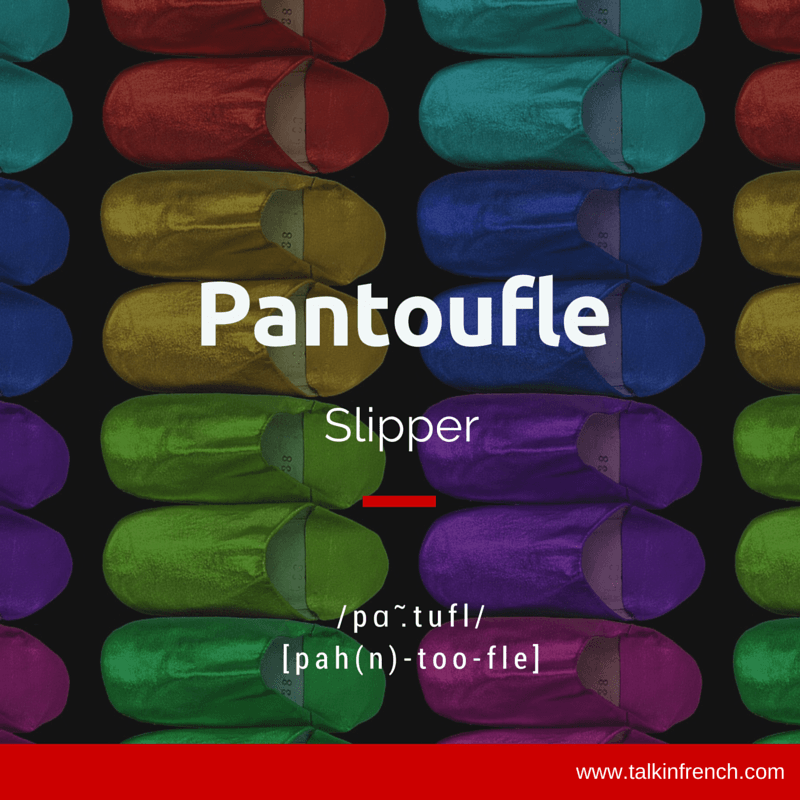 This harmless little word which means the lowly slipper is widely liked for a simple reason: it sounds good and feels great to say over and over. 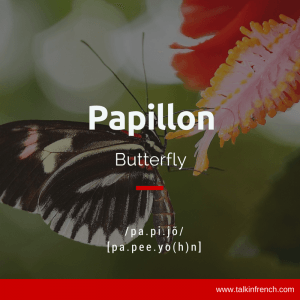 A real crowd pleaser, this one. A beautiful word to go with a beautiful creature. Makes you quite glad that it’s not literally translated from English, don’t you think? Une mouche de beurre wouldn’t have made this list at all. 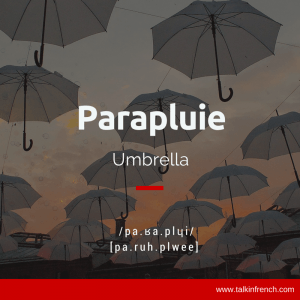 The way the r rolls in your mouth as you say the word plus the pluie towards the end—this is such a fun word to say. Add to that the literal translation of the word which is basically ‘protection against rain’.Wonderful, isn’t it? 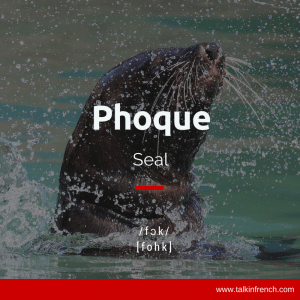 English speakers have so much fun with this word because of what it sounds like. Except the French word phoque is not a fancy way to say the f-word, it’s just a harmless little seal.

But even better is: ouate de phoque (wadding seal) which is not French for WTF but a fun term nonetheless. 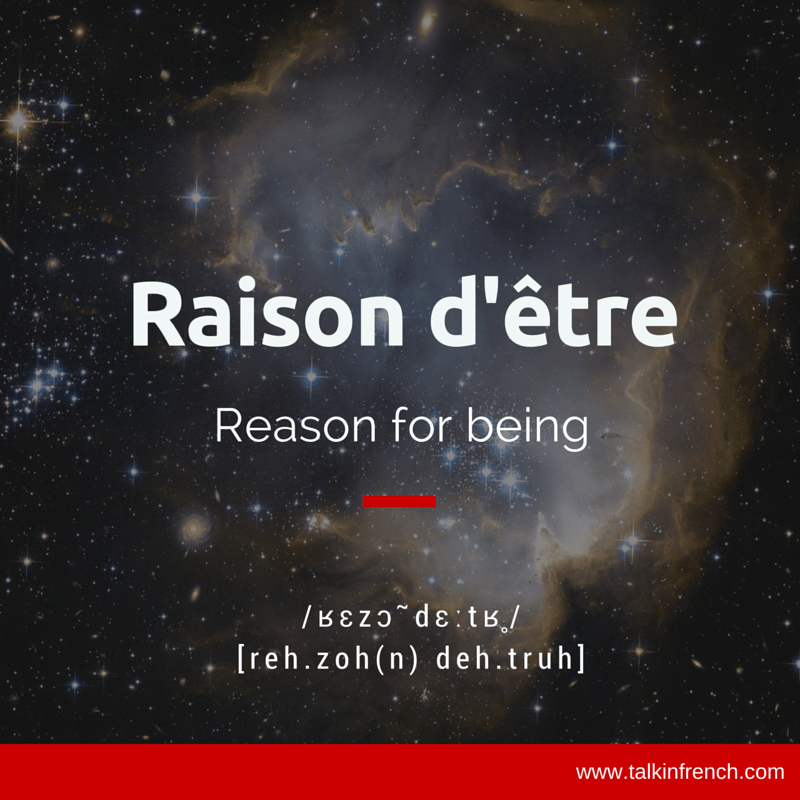 Profound, touching, and tugs at your heartstrings. That’s what this term does, for sure. So, who or what is your raison d’être? 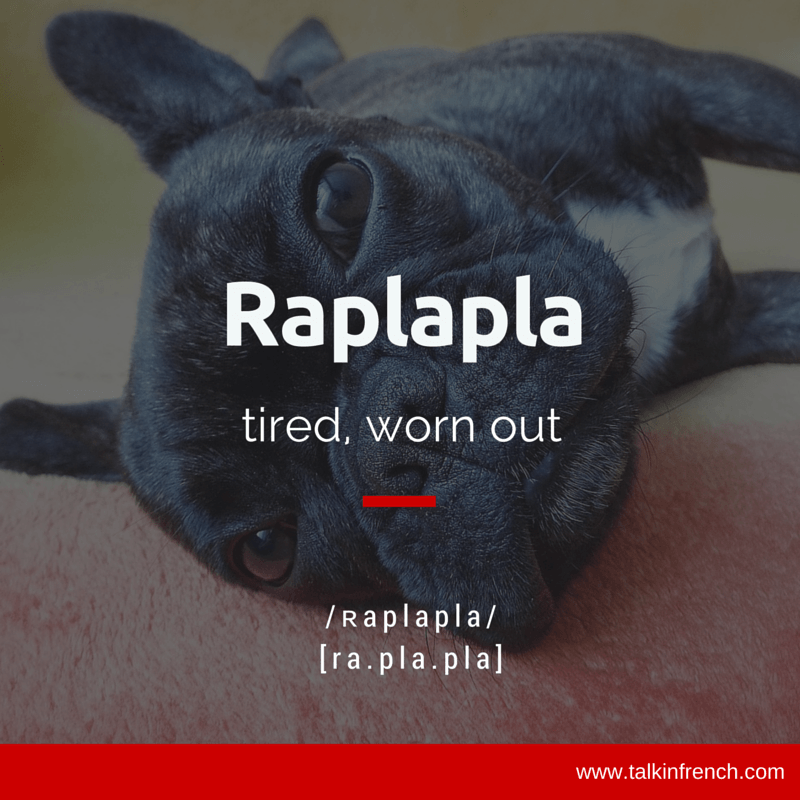 There’s normal tired…and then there’s raplala kind of tired. This word also made it to this list of the weirdest French words! 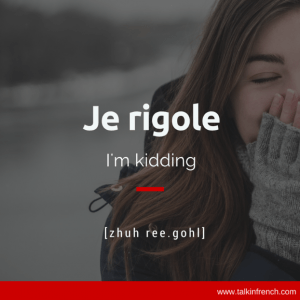 Do you like to joke or tease people? This one will definitely come in handy. Je rigole ! is what you say after you’ve muttered a joke, an insult, or some #realtalk truth bombs that weren’t well received.

Je rigole literally means ‘I laugh’ but it’s the equivalent of ‘I’m joking!’ or ‘I’m kidding!” Said something that elicited a frown, follow it up with “Je rigole !” Always works! 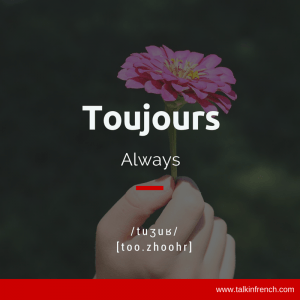 Toujours is not just a beautiful and heartfelt word, it is also quite useful and appears in a lot of colloquial expressions and proverbs.

Some of its most romantic usage:

Je t’aimerai pour toujours. I will always love you.

Je pense toujours à toi. I always think of you.

Je veux être avec toi pour toujours. I want to be with you forever.

À toi, pour toujours. Yours forever.
Feeling romantic yet? Here are some more romantic French words for you. 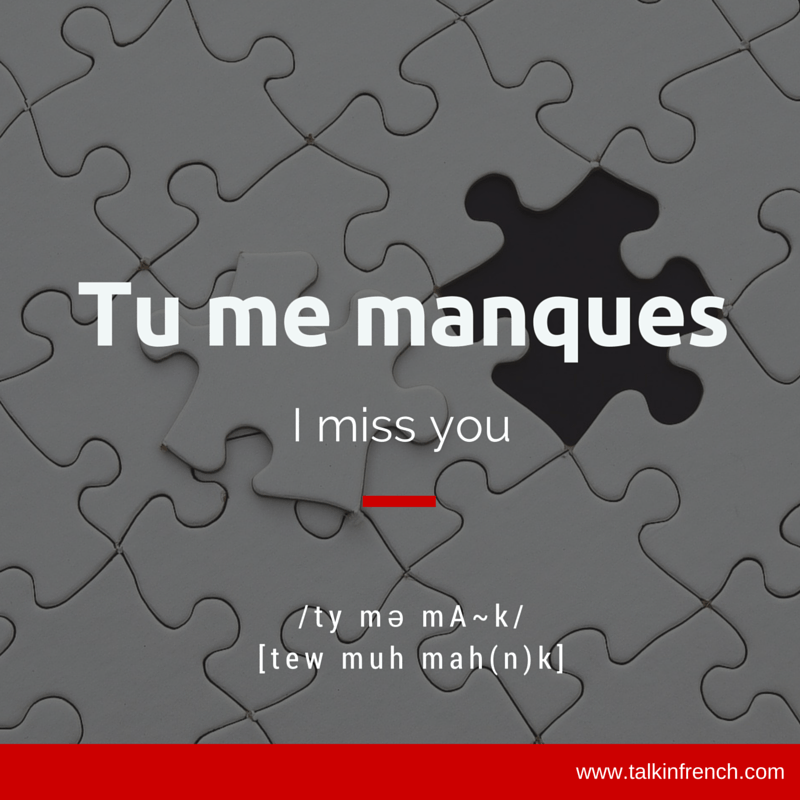 Tu me manques means “I miss you”, but what makes it very interesting is the usage of the verb manquer. Manquer means “to miss” but it follows a weird construction—the person being missed is the one who is the subject of the sentence. So instead of focusing on the speaker, the whole attention is lavished on the person being missed.
Confusing? Think of it this way: instead of saying I miss you, the subject is switched and it becomes “you are being missed by me”. Sweet and infinitely more touching, huh? 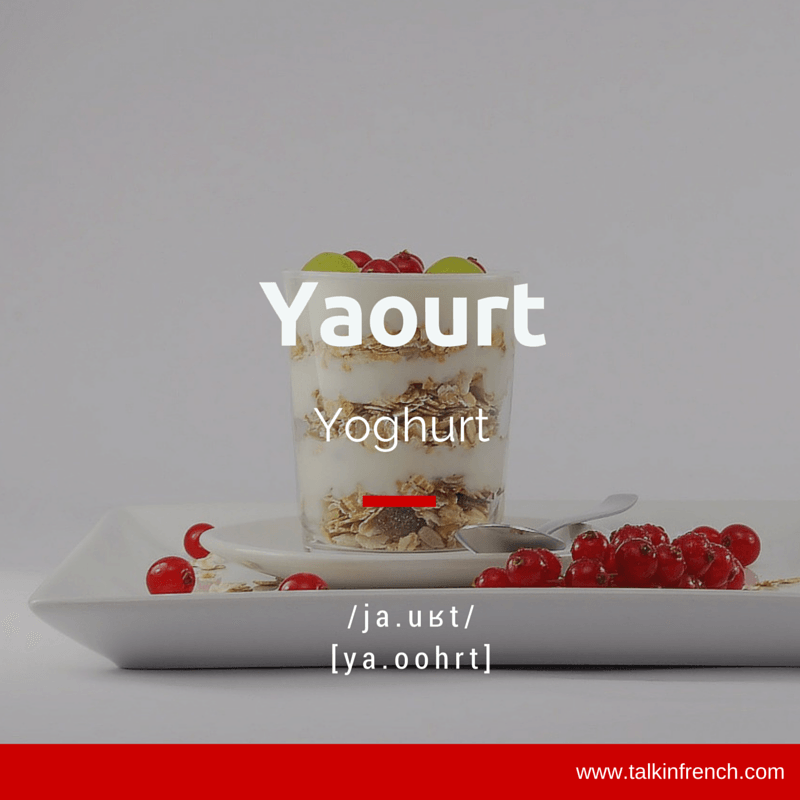 Finally, we’re at the last on our list. Yaourt is the simple counterpart of yoghurt. But that’s not all there is to it. It’s also the basis for a really funny expression chanter en yaourt which is the funny singing you do when you don’t know the lyrics and just use made up words instead.

So… did your favorite French word make it to the list? If not, don’t forget to leave a comment and share with us exactly why it’s your top pick and why it should’ve been on the list.

For the biggest list of French words, check out the Most Comprehensive Vocabulary e-book available in the market by clicking the photo below! 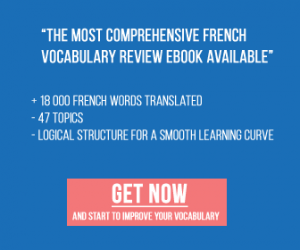