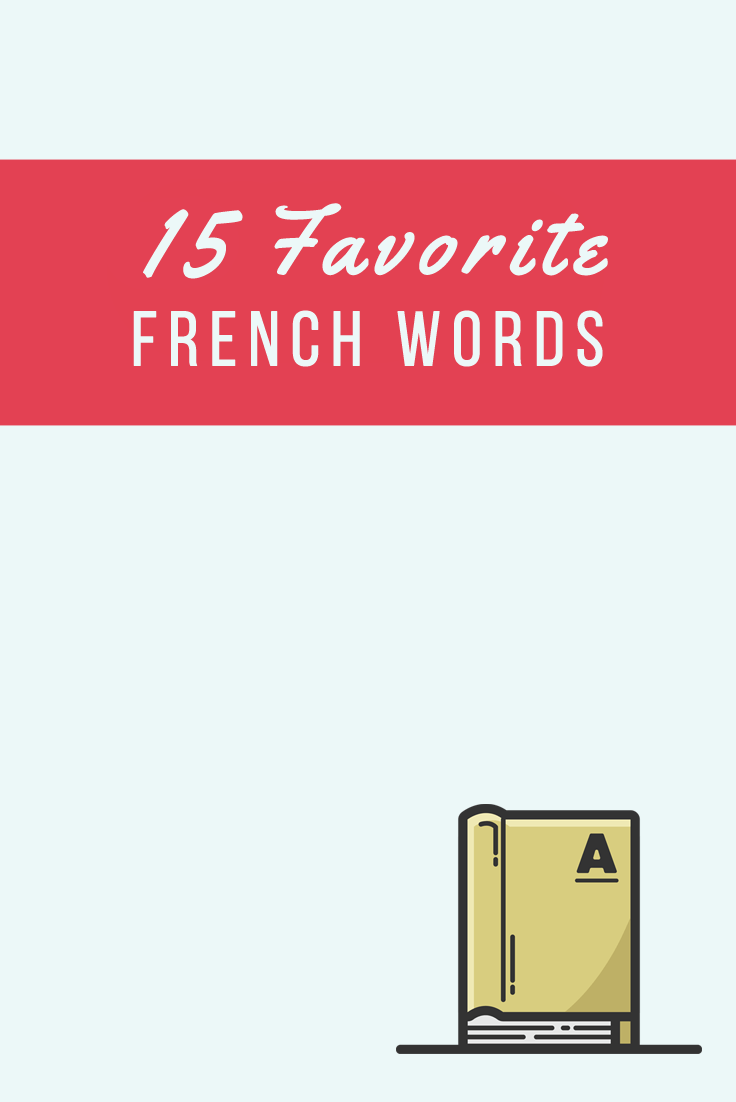 A few weeks back, I asked the Talk in French community on Facebook what their favorite French words are.

Here are some of the answers I got.

Some words are interesting, others are very useful. Some are just pretty and rolls off in the tongue quite nicely.

But whatever the reasons these words are picked, I’m sharing them here with you so you could add it up to your French vocabulary bank. 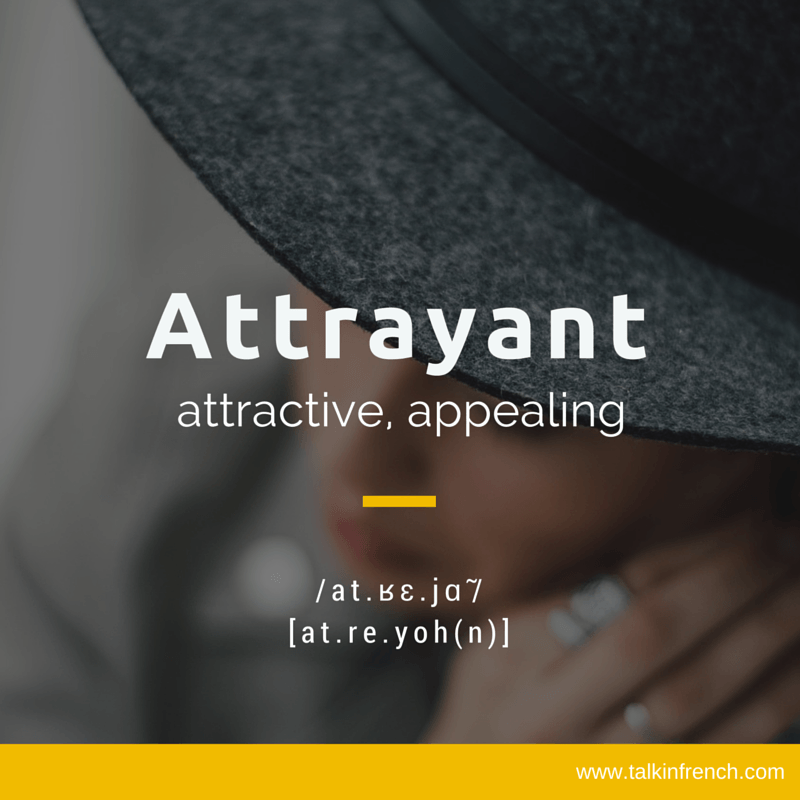 What is it about this word that attracts interest? Because the word itself means attractive! Ha! Attrayant is an adjective that oozes a positive meaning: attractive, inviting, enticing, or appealing. No wonder it attracted enough people who said this is their favorite word, eh? 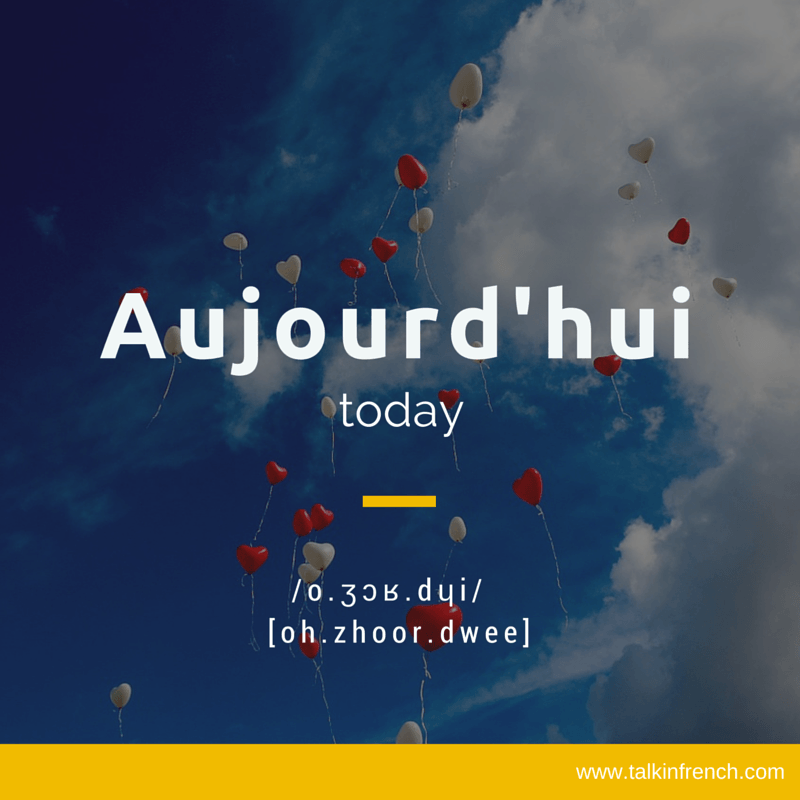 This term which is widely used to mean ‘today’, is actually a redundant term when you think about it. Hui is an old term which means “today”, so when you add au jour de, you’ll get a phrase that literally means “on the day of today”. Fascinating, huh? It does have a nice hopeful ring to it, too! 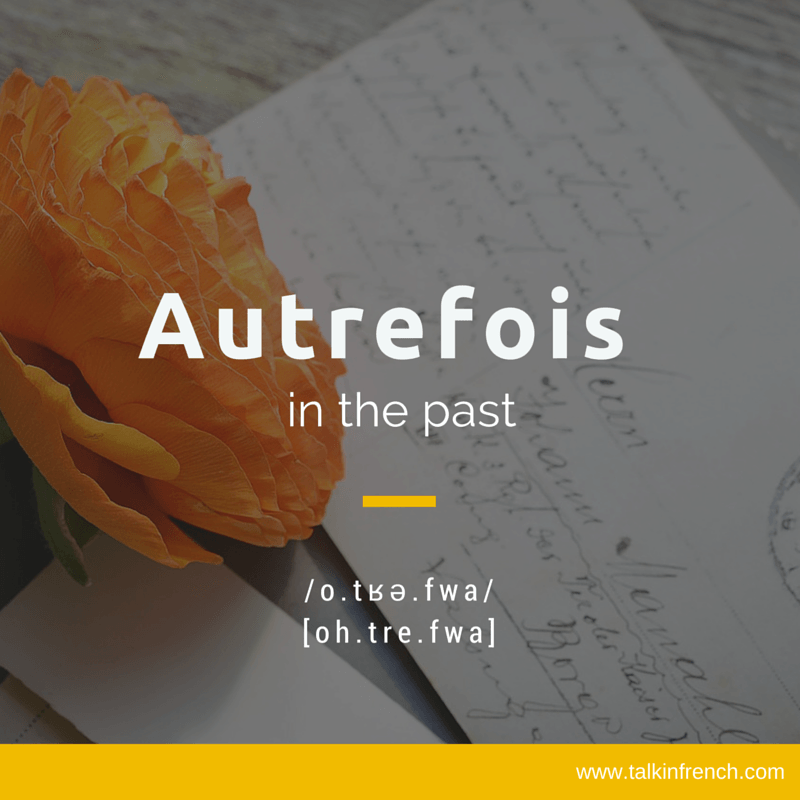 Autrefois is an adverb that has several counterparts in English, such as ‘‘in the past, previously, (back) in the old days, formerly, erstwhile, once, or even once upon a time”. It’s one of those words that can be quite useful, whether you’re an aging millennial who is wistfully reminiscing the good old 1990’s or an octogenarian sharing your war stories to your great grandkids.

For example, when lamenting this generation’s awful antics, you can wail in nostalgia and say,
“Cela n’arrivait pas aussi souvent autrefois.” (This didn’t happen often in the past.) 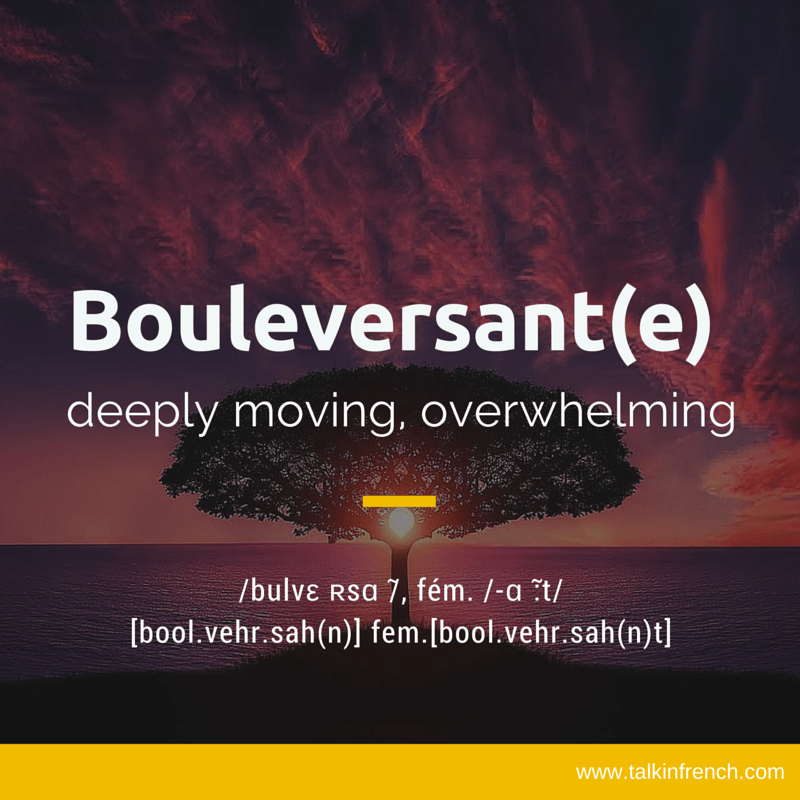 This gut-wrenchingly beautiful adjective means ‘deeply moving, distressing, or overwhelming’. Another related word that made it to this list of submissions is bouleversé, an adjective that means ‘stricken, upset, shaken, shattered’. 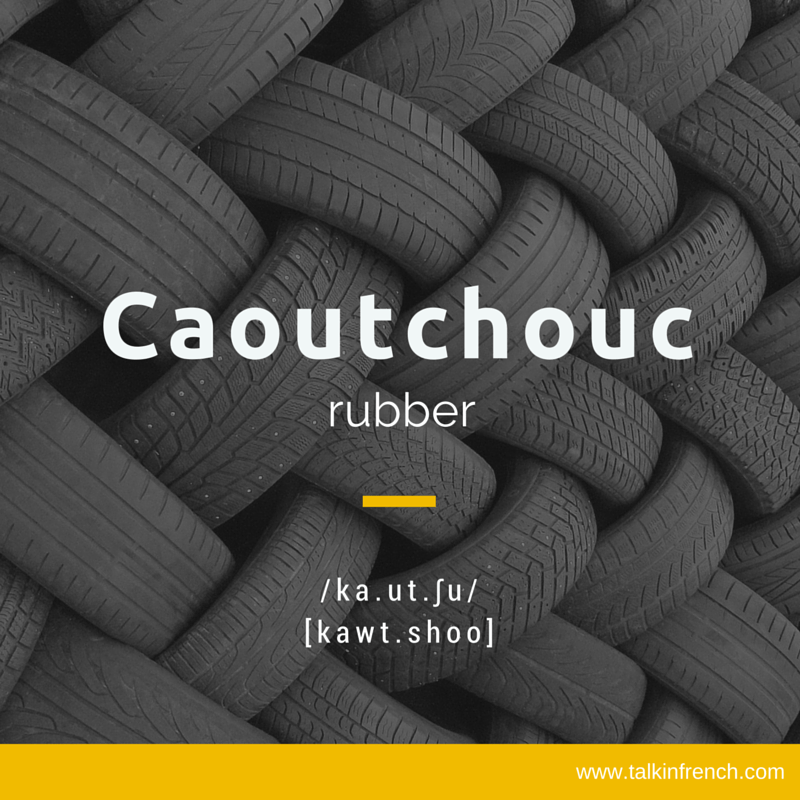 This word which means “rubber; both the natural and synthetic kind,” appears in a lot of lists including the ones that students are finding hardest to pronounce.

But what’s interesting is that despite it being too different from its English counterpart, this word is actually similar to a lot of other languages’ word for rubber. Such as, kautschuk (German), cautxú (Catalan), καουτσούκ (Greek), cauciuc (Romanian), ластик (Russian), caucho (Spanish), cao su (Vietnamese), kauçuk (Turkish), and kawotchou (Haitian Creole). All of which originated from kawchu, a word from the South American language Quechua. 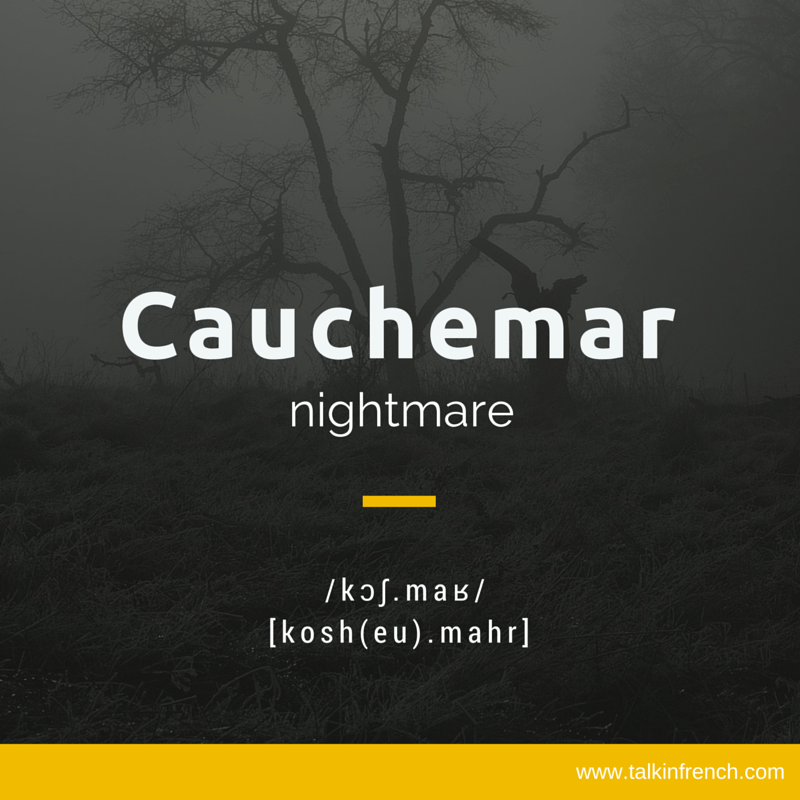 You’d think that this lovely word would mean something just as lovely, too. Well, not so much. Cauchemar is the French word for “nightmare”. If you scrutinize the term even further, it becomes creepier.

Cauche comes from an old French verb “cauchier” which means to press or tread on, and “mar” originated from another old term that means “succubus or a malicious female spirit”. Cauchemar, therefore, is likened into the kind of nightmare where people experience a weird, realistic sensation of being helplessly pressed down by a malicious spirit. Feeling creeped out yet? 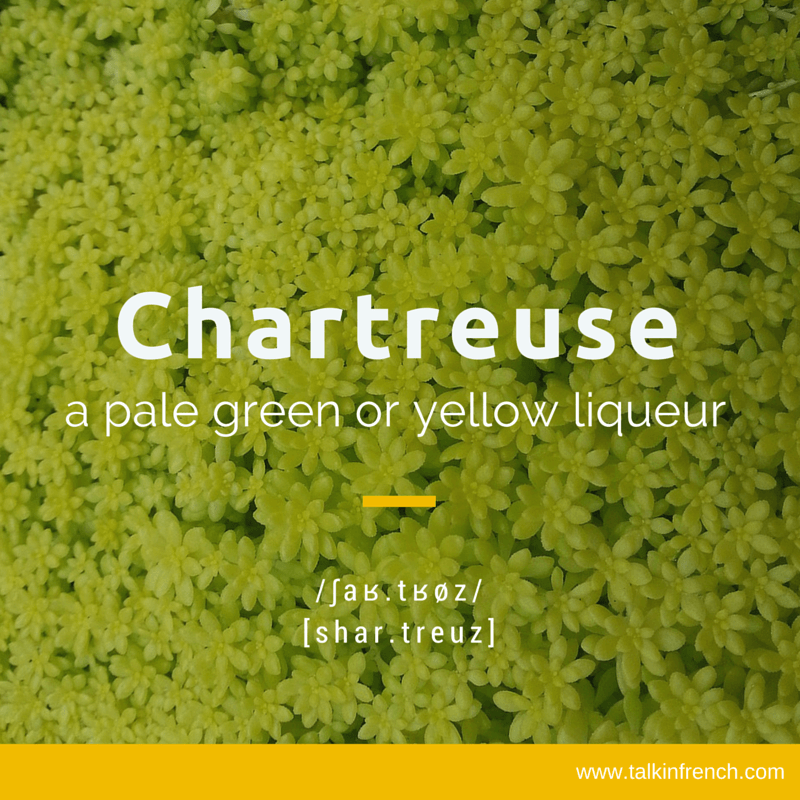 Chartreuse is the name of a pale green or yellow-coloured herbal liqueur made by the Carthusian Monks of La Grande Chartreuse monastery in the Chartreuse Mountains of Grenoble. The yellowish pale green colour of the liqueur is also the basis for the colour chartreuse. 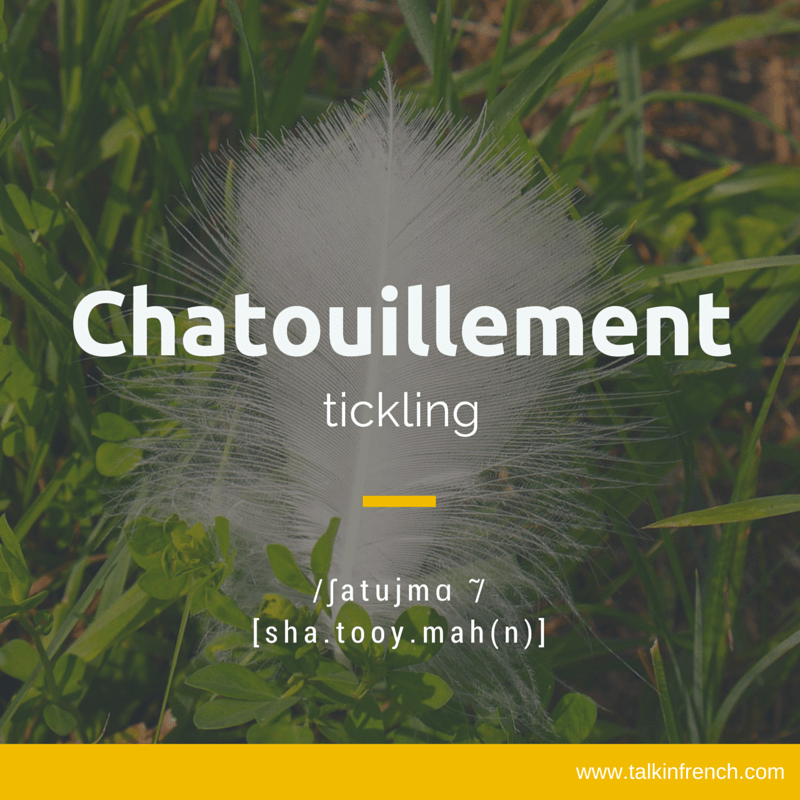 Even just saying the word gives you visions of a little tickling sensation, doesn’t it? The word is after all, the French term for ‘tickling’ or that tingling feeling. 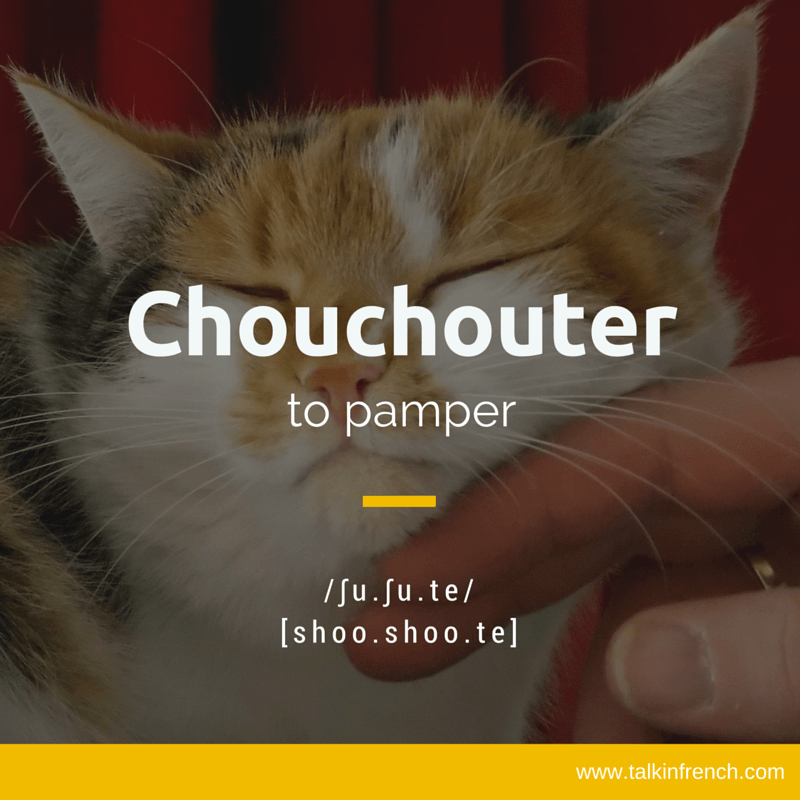 Perhaps this word became a crowd favorite because of the truly French flavor of its sound. Shoo.shoo.te. The word just rolls off the tongue pretty nicely, huh.

This verb means to pamper, coddle or spoil someone. It basically refers to the act of giving a person special treatment or treating him or her with excessive affection. A related term is chouchou which is a term of endearment listen in one of my other articles.

But wait! Don’t confuse this with the word chuchoter, a verb that means ‘to whisper’. 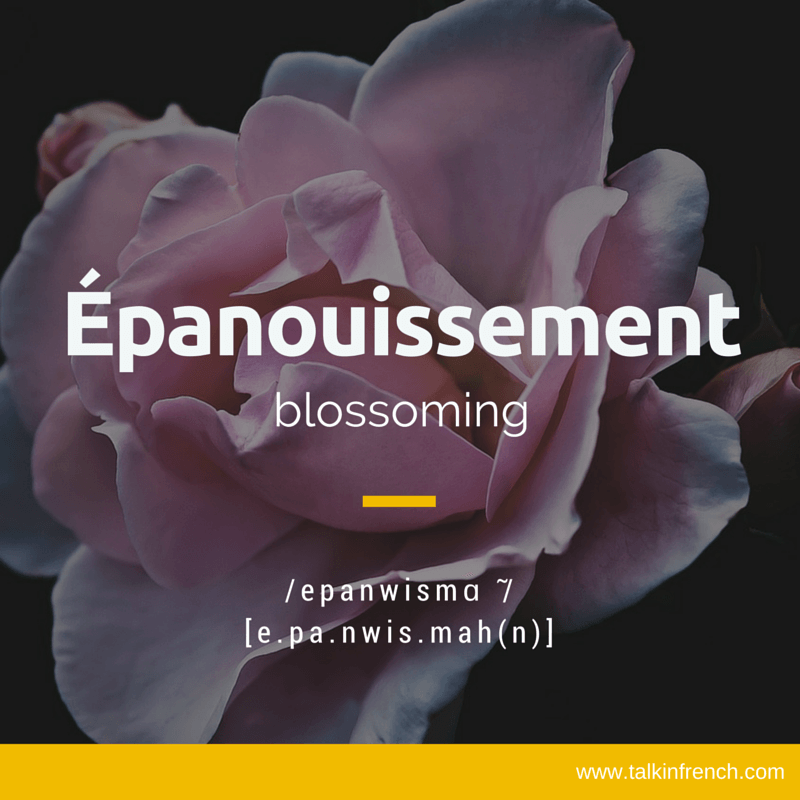 Another crowd favorite is the word épanouissement which is French for ‘blossoming’ or ‘blooming’. Much like its English counterpart, this word has both a literal usage (i.e. in flowering plants) and an even deeper, more profound metaphorical meaning.

Épanouissement could also be used to mean the development or changes happening in a person–whether physically, socially, emotionally, or intellectually. In a much bigger scale, it can mean growth, the act of flourishing, or reaching one’s full potential, in both individuals or a society in general.

But regardless of which way you take its meaning, it does have a nice ring to it, don’t you think? 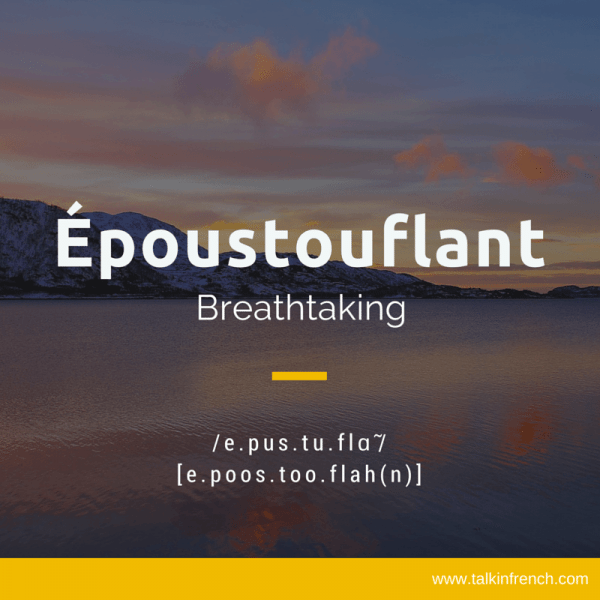 Époustouflant(e) not just describes an amazing moment or scene, it is in itself a breathtaking word, too! Other counterparts: stunning, astonishing, mind-blowing. 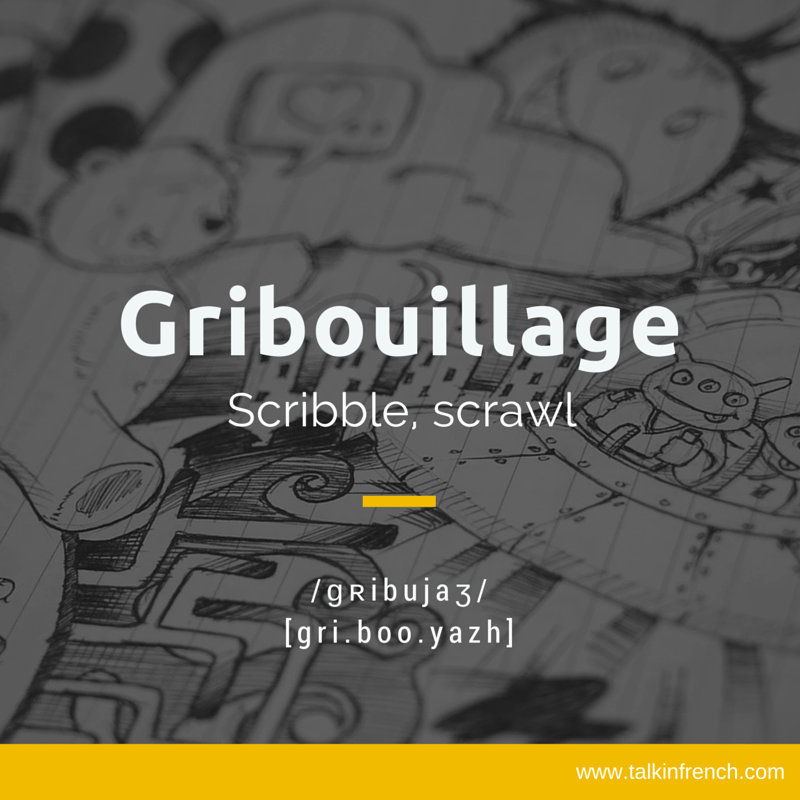 In English, it’s called doodle, scribble, or scrawl. It’s a bunch of hastily drawn or written words or drawings which are often quirky and shapeless. In French, the counterpart word is much longer and sounds more intimidating: gribouillage. 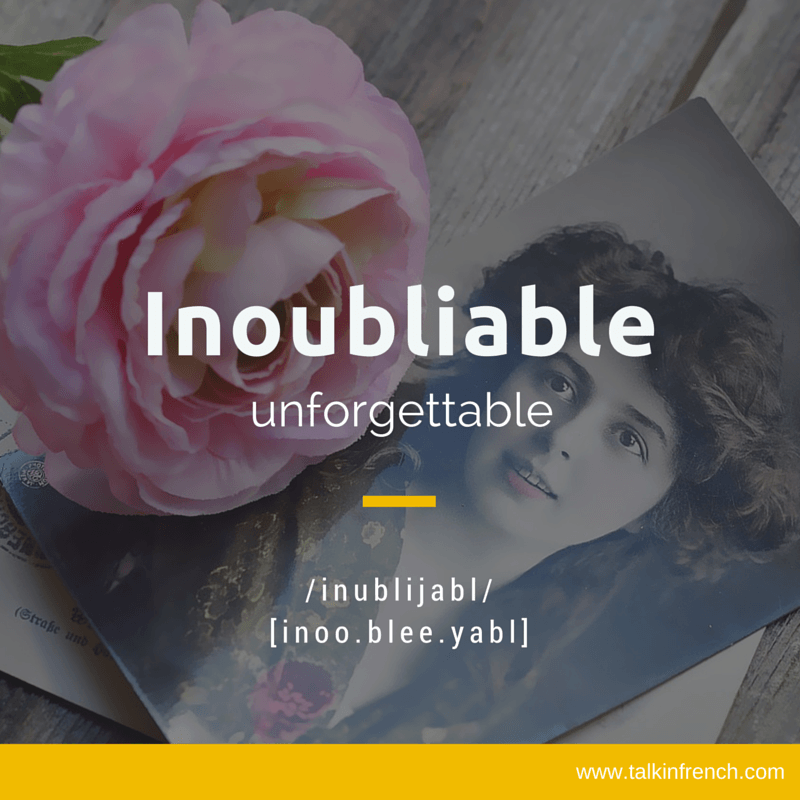 A gorgeous and unforgettable word that means exactly what it sounds like: inoubliable. This one has been included in many other lists of gorgeous French words before, and its meaning, sound, and the flow of the word in the tongue: unforgettable, indeed! 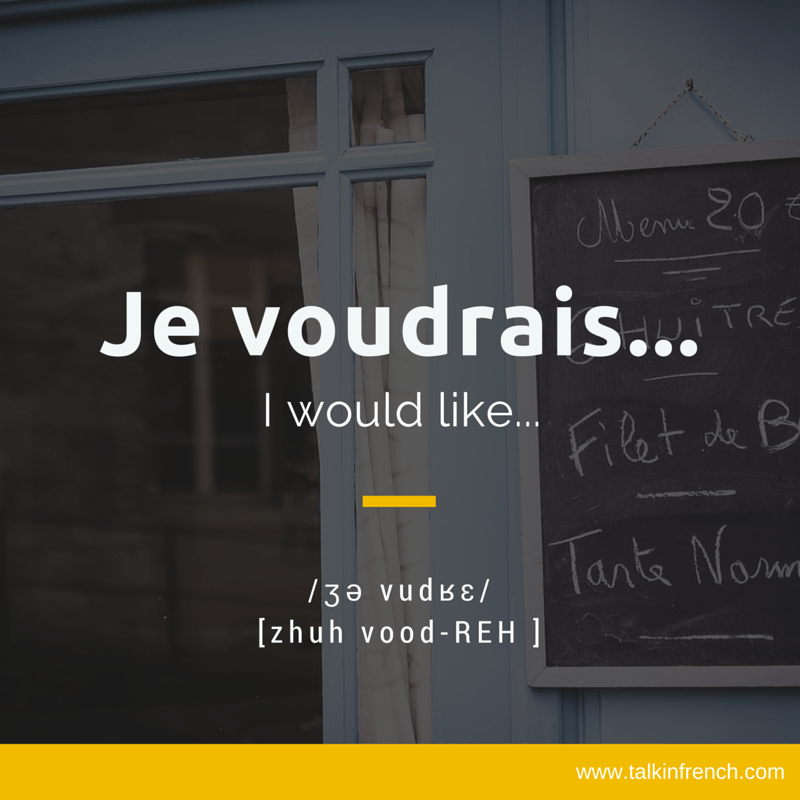 This is actually a phrase, not a term, but I’ve selected it to include on the list mostly because of its usefulness. These two words are quite helpful especially if you’re traveling to a French-speaking destination and you only have a few French words in your arsenal.

‘Je voudrais…’ translates to ‘I would like…’, and you can use it to point out whatever it is you would like to have, to be, or to do:
je voudrais un café = I would like a coffee.

Je voudrais un croissant = I would like a croissant.

Je voudrais faire quelque chose = I would like to do something.

And so much more. 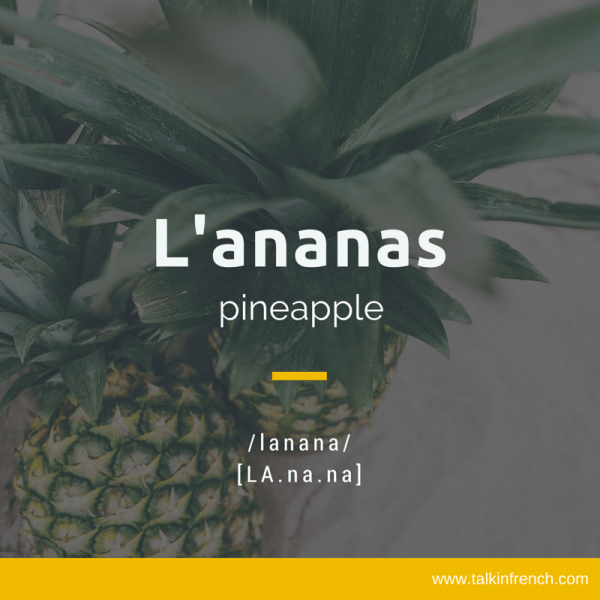 The final one in this list is l’ananas (pineapple). I’m glad that this one was submitted by some Talk in French readers because I quite like this word. French people don’t pronounce this word correctly, some would say it’s la-na-nas while others leave the s off and simply say la-na-na. The correct way to say it, however, is without any s sound in the end.

How about you? What’s your favorite French word, and did it make it on this list?

If it didn’t, don’t worry, there’s a 2nd part to this article.

For a complete list of French words—both regular and slang—go grab a copy of the most comprehensive French vocabulary package available in the market today. More than 20,000 French words from 70 topics translated to English.

Get it with a huge discount by clicking the photo below! 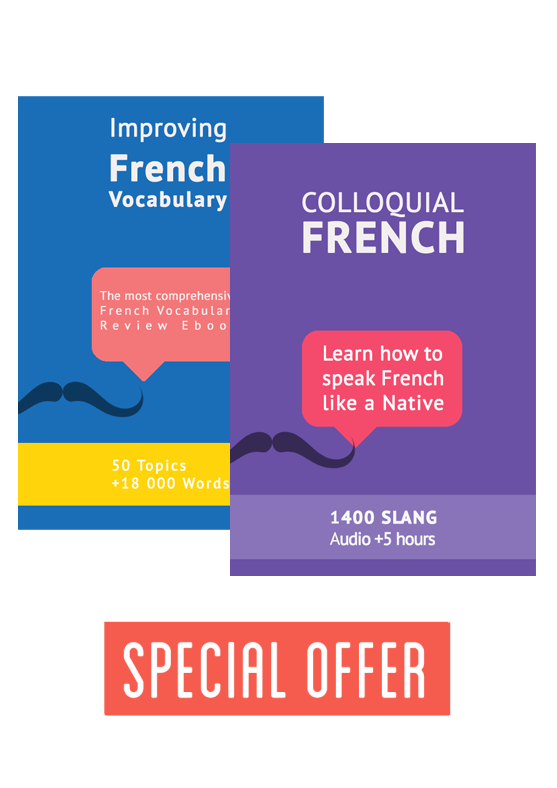