Comparing people, objects or actions is not only useful in conversations, it could be fun too! Like, how will you say this without the help of comparatives and superlatives?

In grammar, we use comparatives to compare superiority, inferiority, or equality between two or more things (I am more good-looking than my co-workers). For the superlatives, we use it to talk about the extremes (I am the most good-looking person ever!) 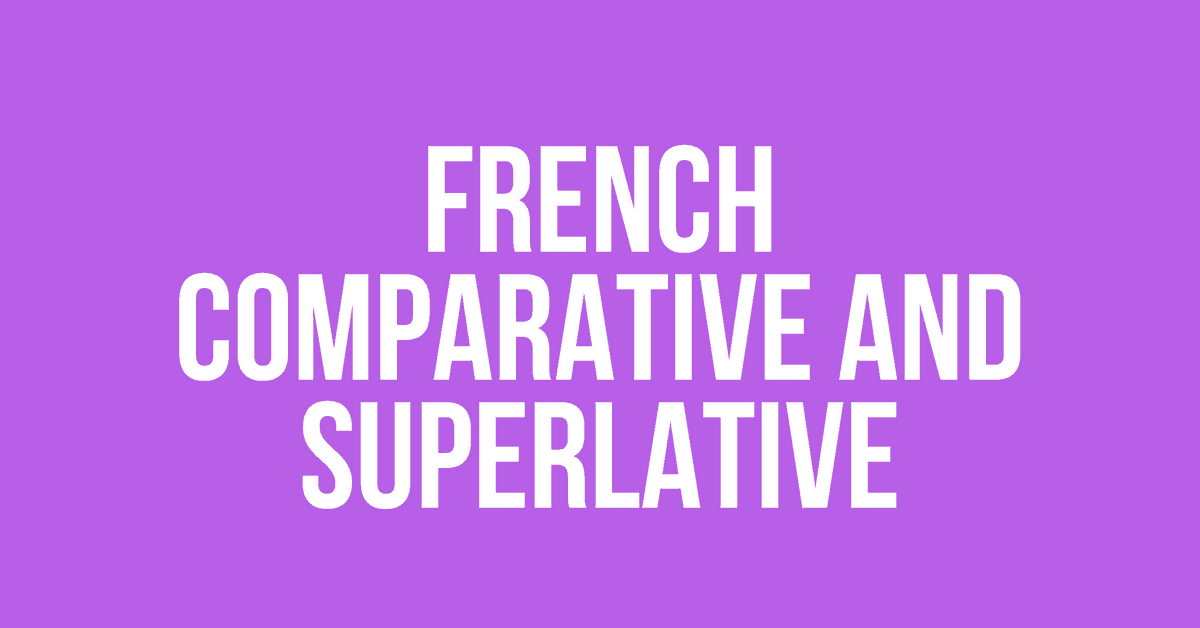 PART 1. Comparatives and Superlatives of Adjectives

Before we talk about the French comparatives and superlatives, let's do a quick review of what it means in the English language, and let's work our way from there.

For single or double syllable words, we usually just add -er at the end of the word, with a few variations in spelling. Examples: lovelier, cuter, slower or bigger.

The rule on when to use -est or most and least is the same as that of the comparative adjectives. Examples: loveliest, cutest, slowest, biggest, most important, least beautiful, most enticing, least submissive.

Now that we've gotten the English definitions out of the way, let's move on to French. Here are some tips and rules in using comparative adjectives:

1. Use the French word plus which means 'more'.

Cette question est plus facile. (This question is easier.)

Cette veste est plus chère. (This jacket is more expensive.)

2. Use the word moins which means 'less'.

3. Use the word que which means 'than' when introducing the other person or thing you are comparing your subject with.

Elle est plus petite que moi. (She's smaller than me.)

Cette question est plus facile que la premiere. (This question is easier than the first one.)

4. Use the word aussi paired with que to say your subject is similar to this other thing. In English, we use this to say, (subject) is as (adjective) as (subject 2).

For superlative adjectives, here are the things you should remember:

1. You can use plus to mean 'most' depending on the form of the adjective you're using.

le guide le plus utile (the most useful guidebook)

2. You can use moins to mean 'least' depending on the form of the adjective you're using.

As always, there are those irregular adjectives that are too hard-headed to conform with the rest. These are the irregular comparative and superlative adjectives.

In English we also have irregulars such as good, better and best. We don't say gooder or goodest, we use better and best. This is the same thing with French. Word such as bon, mauvais and petit don't follow the rules.

Quick tip: Don't forget that comparative and superlative adjectives also need to agree with the noun or pronoun and has to match its gender and quantity. Le, la and les are used to match the superlatives.

PART 2. Comparatives and Superlatives of Adverbs

Here are some tips and rules in using comparative adverbs:

For superlative adverbs, here are the things you should take note of:

Just like the adjectives, here are some irregular comparative and superlative adverbs.