How to Say Good Morning in French

Do you want to know how to say good morning in French? Here are the two most common ways of doing so, with phrases you can use in your morning  greetings. 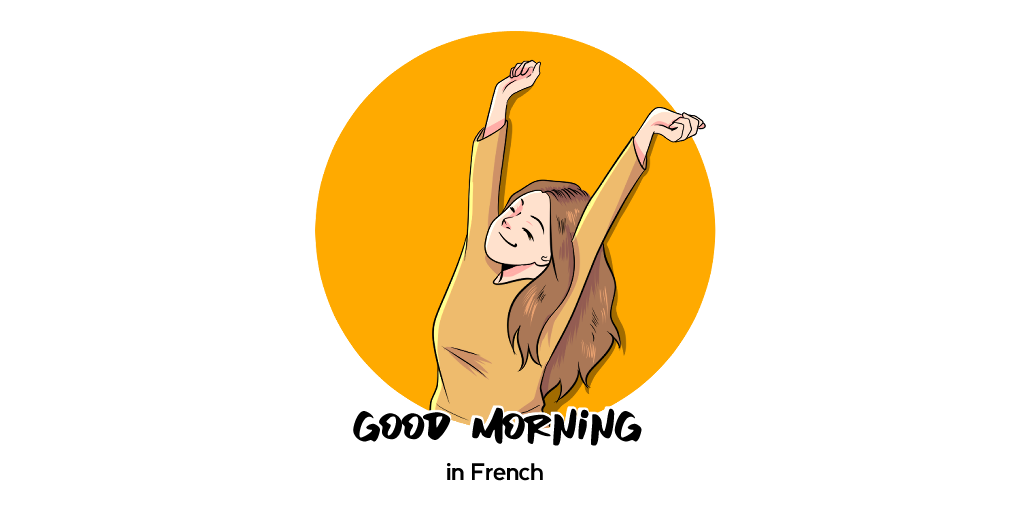 Why it's Important to Say Good Morning in French

Greeting someone in the morning is one of the first things that you will do in a day regardless of where you are in the world. So, it is important that you learn the different ways that you can say “good morning” wherever you are, as it will set the tone for your entire interaction.

It wouldn’t do for you to make a bad first impression simply because you said the wrong greeting. Afterall, it is best to start all relationships on the right foot, so using the wrong word at the very start of your conversation will not only lower their expectations of you, but could also make you flustered and struggle through the rest of the conversation.

As with any language, there are several different ways to say the same thing in French, so the same is true for saying “good morning”. These different phrases vary based upon the location and the formality of the situation; therefore, it is best to learn when it is appropriate to use them.

When to Use Bonjour to Say Good Morning in French

Bonjour is the most common way to say “good morning” in French, and is the easiest greeting to remember. This is because bonjour is used frequently as a way to say “hello” in formal situations, so it is easy to repurpose the word.

While this word directly translates to “good day” in English, it is the best word to learn  for greeting people in the morning.

Bonjour is probably one of the first words that you will learn when learning to speak French, and it is likely a word you will use frequently.

If you are looking to specifically greet someone, there is always the option of personalising the greeting. For example, you can always say “Bonjour Madame” (Good morning Mrs) or “Bonjour Monsieur” (Good morning Mr) if you want to be polite.

If you know the person’s name but aren’t close enough with them to swap to the more informal greeting of salut, you can always use their name instead of madame or monsieur.

When to Use Salut to Say Good Morning in French

In the same way you can expand upon the greeting of bonjour by adding madame or monsieur, you can also add your friend or relative’s name after saying salut. For example, “Salut Chloé” would specifically mean “Hello Chloé”.

It is important to remember that salut isn’t considered an appropriate greeting for formal or professional settings.

However, while it is recommended that you only use salut in informal situations, you can slip into less formal greetings once you have already used bonjour to formally greet someone, as long as it is still the same day.

Still, if you are ever in doubt, it is best to stick with bonjour to avoid appearing rude.

When to Use Bonne Journée to Say Good Morning in French

These phrases are used to wish someone a good day or morning, translating in English to “have a nice day”. So, it is best to remember that bonne journée and bonne matinée aren’t phrases that you would greet someone with in the morning.

You could also combine phrases to extend the parting you give someone in the morning. For example, “Au revoir, bonne journée” translates to “goodbye, have a nice day.”

How to Say Good Morning in Canadian French

Bon matin is a very Anglicised way to say “good morning” in French, and isn’t widely recognised as an appropriate morning greeting if you are in France. However, if you are visiting Quebec, it is absolutely fine to use this phrase.

If you are ever unsure of how to say “good morning” in French, then it is best to stick with what you know and use bonjour or salut. Both of these words are widely used and accepted in French as ways to greet someone in the morning.

In this sense, saying “good morning” when greeting someone is fairly simple as you simply have to remember how to say “hello” to someone for it to go smoothly when in Francophone countries.

It is also important to remember that you shouldn’t use the phrase bon matin anywhere except in Canada. Though the phrase  literally translates to “good morning,” it is not used as a greeting anywhere else.

If you are looking for more greetings and when to use them you can check out our other articles on this topic, such as Useful French Greetings for All Occasions and Basic French Greetings.