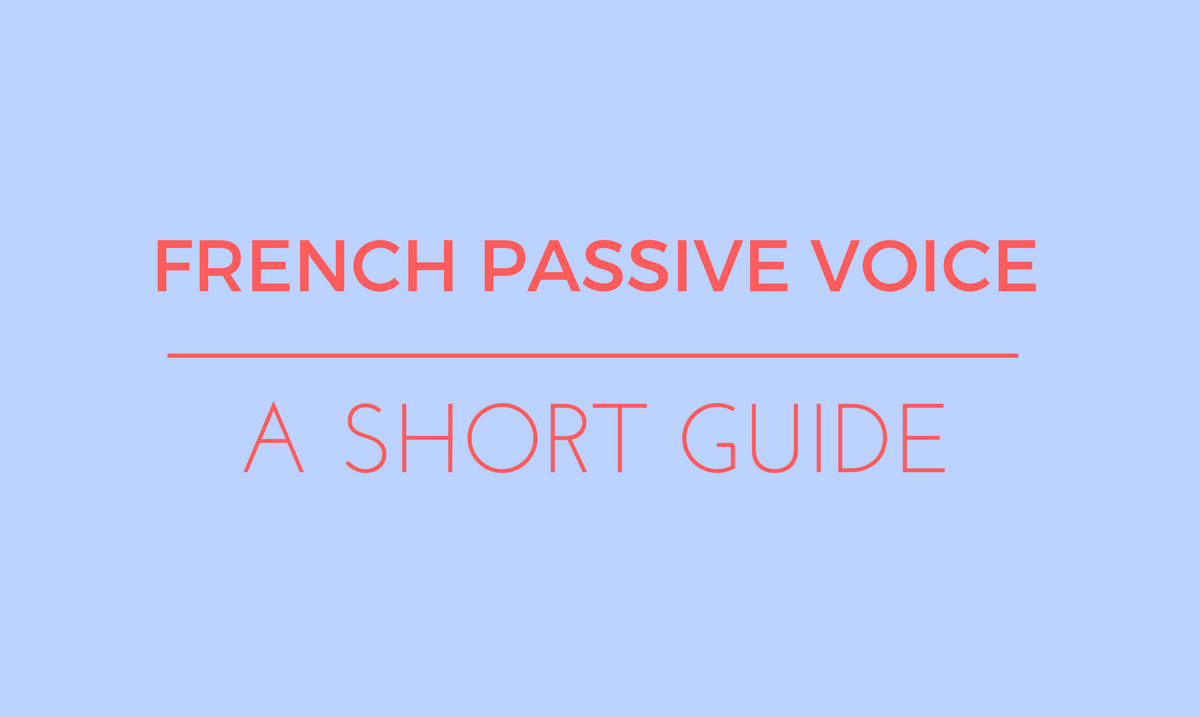 Learning how to speak in another language is not easy. But if you already have a working knowledge about English grammar, it will tend to be so much easier, believe me.

Take for example our topic on this article: the passive voice. Are you still familiar with how it works? If not, then here is a quick background.

What is the passive voice?

Here are some examples between the passive and active voice.

Passive: I (the subject) was promoted (the passive verb) by my boss (the agent).

To say it in an active voice, you say:

My boss (the subject) promoted (the active verb) me (the object).

You see the difference? Just as the word itself suggests, it is PASSIVE, meaning, it does not do the action.

Most of the time, however, when the passive voice is used in sentence construction, the agent or the doer of the action is often not mentioned or is unknown.

For example, using the same sentence above: I (subject) was promoted (passive verb).

It is still a passive sentence, but the agent is nowhere to be found in the sentence.

In English, the passive voice is often avoided in writing and is considered a bad way to write because of the following:

There are cases however when the passive voice cannot be avoided, and that is when you do not know who the doer of the action is (example: She was sent a love letter.), or when you want to put an emphasis on the thing or person doing the action. (example: The artwork was painted by a child.)

The French passive voice works in the same way as English. So basically, if you understand how the passive is used in English, you should be able to grasp this quickly too.

In French, however, the passive is not used as often as we do in English. It is usually used for formal speech or when speaking in old school literary tones.

How to Form the Passive Voice

The passive form of the verbs in French is formed by using the following:

Here is a list of the conjugated forms of être which you can use to change the tense of the passive sentences that you are forming:

Here we have the easy guide on forming the past participle of the verb when using être.

You start with the infinitive of the verb, and then proceed to the following changes in the ending.

◦   Irregular verbs in the past participle are the same in perfect tense.

The past participle of the verb following  être has to agree with the subject of the passive verb (not with the agent of the action).

To make the past participle agree, you add the following endings:

This lesson is in a way quite similar to the topic perfect tense. So if you need to brush up on that topic, you may proceed to the article Learning French Tenses: Perfect Tense also on this website.

Ways to Avoid the Passive Voice

As mentioned earlier, the passive is not widely used in common discussions in French. So if you find yourself wanting to avoid using the passive voice, here are ways on how to do it:

1. The scenario: you want to put emphasis on or want to highlight the agent of the action.

How to avoid using the passive: Use c’est (or it’s in English).

Let’s see how this works by using the example we used earlier:

Passive: The artwork was painted by a child. L’oeuvre d’art a été peinte par un enfant.

2. By using the indefinite pronoun ‘on’ which literally means “one” and can stand for just about anything.

On leur a envoyé une lettre. (Someone sent them a letter.)

If you can remember the discussions on previous lessons on this website, reflexive verbs in French appear with the pronoun se or the shortened form s’ before it. These action words are used when the subject is the same person as the object. To put it simply, it means “to____ oneself”.

Learning French is not easy, especially the grammatical topics. We suggest that you come back to this page as often as you like so that you can fully familiarize yourself with the many rules. Most importantly, enjoy your study of the vibrant French language.