Introduction to the DELF/DALF - Talk in French 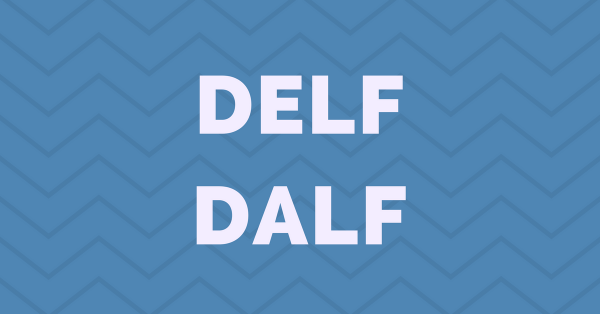 While most French language learners are contented with studying just the very basics, there are those high-aiming ones who prefer to go all the way and get a certification of their proficiency.

If you happen to be one of these far-sighted and high-reaching individuals, let us give you a hearty pat on the back as we collectively say “good for you!”

The following discussion should be of high relevance to you since we will talk about the DELF/DALF and give you an introduction of what to expect.

Quick Navigation
But first, what is the DELF/DALF?
A – Basic language user
B – Independent user
C – Proficient user
What are the different sections of the DELF exams?
1st Part: Listening
2nd Part: Reading
3rd Part: Writing
4th Part: Speaking
Why should you take a DELF exam?

But first, what is the DELF/DALF?

The DELF or Diplôme d'études en langue français  (which literally means Diploma in French Studies in English) is an official certification given by France's National Ministry of Education to non-native French speakers after completing a set of proficiency tests. It is valid for life and is recognized anywhere in the world.

The DELF certification is based on four different reference levels: A1,A2, B1, and B2.

Beyond the B2 level, it is already certified by the DALF with two more high-proficiency levels: C1 and C2.

The different levels correspond to the proficiency level of the exam-taker, and since these exams are all independent of each other, you don't need to take all levels. You can take the level which you think suits your current proficiency (or confidence level!)

The highest certificate you get will determine your level of proficiency in French.

DELF is available in three different categories of exams based on the age and current academic level of the exam-taker. The exams are similar, but properly tailored to be age-appropriate.

What are the different sections of the DELF exams?

For this part, the examinee has to listen to some recordings and after which, he or she has to answer a series of comprehension questions based on the recordings. The selections to be played vary in length and number of times played, depending on the level of the examination.

For this section of the exam, the examinee will be given pieces of written material followed by a set of comprehension questions. The texts to be read by the candidate vary in length depending on the level of the exam.

For this part of the exam, the difficulty level once again varies. A1 examinees will be asked to fill out simple texts. A2 examinees will be tasked to describe events in their life as well as write simple day-to-day expressions.

B1 examinees need to express a viewpoint through an essay or article. Finally, B2 examinees will need to write down an argument or opinion similar to that of B1, but with higher scope.

The last part of the exam is to be taken separately from the first three, and this involves talking one-on-one with an examiner. The degree of difficulty in the conversation would still be based on the level of the exam being taken, and the tasks range from simple discussions to defending an opinion.

Most exam-takers would find the reading and writing part relatively easy. The difficulty is often in the listening and speaking part. For this reason, constant practice in listening and talking skills are always advised to those who are planning to take the DELF. You can do this  by regularly conversing with native French speakers.

In order to pass the DELF exams, you need to get a minimum rating for all four sections (reading, writing, listening, speaking). The exam totals 100 points with 25 points for each section. To pass in a certain section, the minimum score is 5/25. To pass the whole exam, you need a total score of 50 out of 100.

Why should you take a DELF exam?

If you're not yet sold out on the idea of getting a DELF certification, here are some (awesome!) reasons why you ought to be considering it:

Do you have any questions about DELF exam? Do not hesitate to contact me in the comment section.

French Easter Traditions: How to Celebrate Easter in France

French Resume: How to Write a Curriculum Vitae in French