The 15 Most Interesting Museums In Paris

Looking for a great museum or two to add to your next Parisian adventure? Or do you simply want  to know more about the popular French museums that constantly appear in conversations?

Here is my list of 15 of the most interesting museums in Paris. But a little disclaimer---this list is totally subjective, of course! 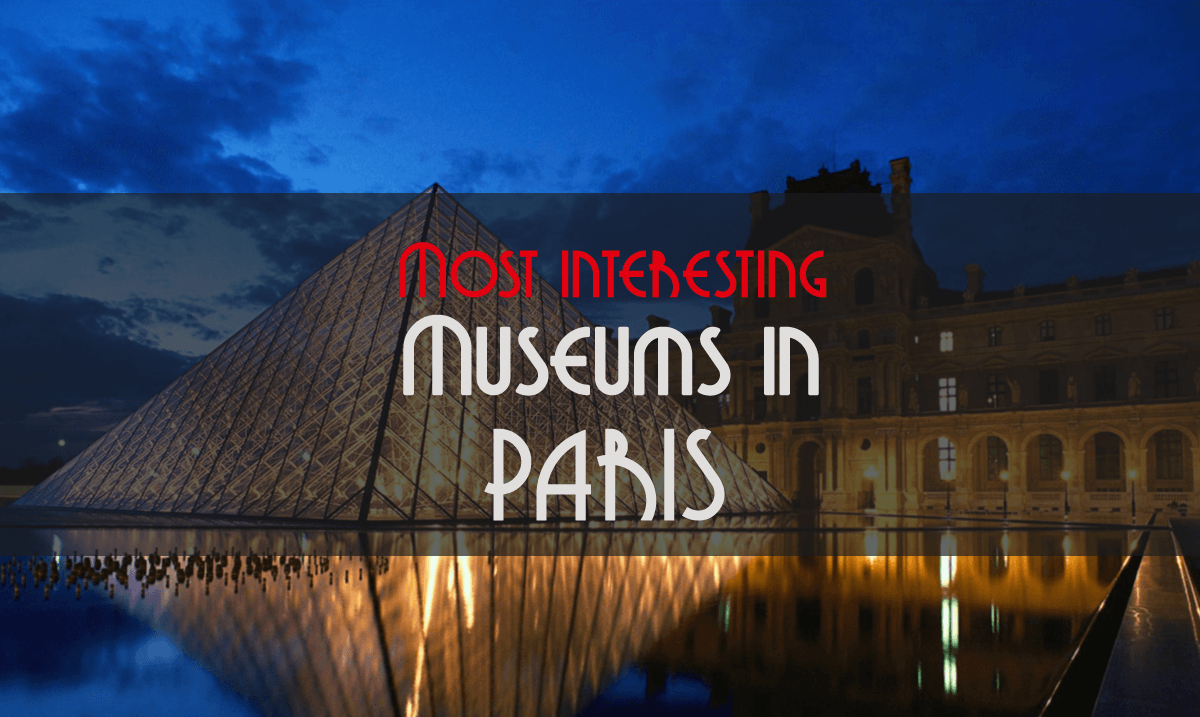 The most visited museum in Paris, The Louvre is also the largest, most diverse, and (perhaps) the most interesting museum in the world. It is renowned worldwide and a ‘must-see’ for all fist time visitors to the capital. A former fortress and palace of the kings of France, it was turned into a museum after the revolution.

The Louvre is noted for keeping over 35,000 paintings, sculptures, and other priceless “arts premiers” from all over the world. Its collections are spread over 8 departments: Near Eastern Antiquities, Islamic Art, Egyptian Antiquities, Greek, Etruscan and Roman Antiquities, Paintings, Sculptures, Decorative Arts, and Prints and Drawings dating from the Middle Ages to 1848.

You enter its premises via the I.M. Pei’s pyramid, its main entrance, which will give you the first inkling of the museum’s disparate elements. The only drawback to visiting this museum is you cannot finish exploring the whole Louvre in just one day. 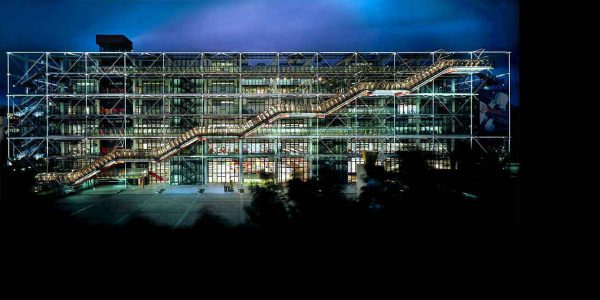 A vibrant and colourful museum, The Center Pompidou is another of the best-known attractions in Paris. It offers some of the most distinctive architecture in the world, with its twisting exposed pipes, and the diverse air ducts moulding its whole structure.

Inside, it houses many forms of modern and contemporary artwork, from sculptures, painting, books, cinema, and video, to occasional theatrical performances, dance numbers, and music concerts. This museum is great for people who love  the unconventional.

Main attractions: Stravinsky fountain, Masterpieces of Picasso, the building itself...

Musée d’Orsay is best known for its extensive and opulent collection of impressionist and post-impressionist masterpieces by well-known painters that include Monet, Manet, Renoir, Cezanne, Sisley, and Van Gogh. It houses around 6,000 works of art; mainly dating  from 1848 to 1915. You will also find countless artworks from paintings, sculptures, furniture and photography, but it cannot be doubted that the building itself will the very first work of art that one will see. 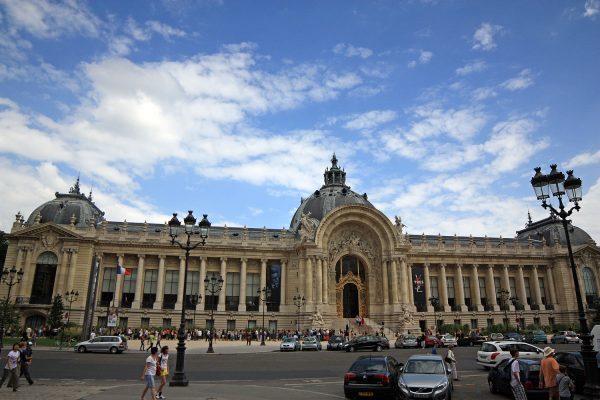 A cute but lavish architectural gem by architect Charles Girault, the Petit Palais is home to roughly 1,300 decorative murals, outstanding sculptures, paintings and tapestries created by major French artists from 1903 – 1925. Parallel to its neighbouring museum, the Grand Palais, the Petit Palais was built for the 1900 Universal Exposition. The experimental scenography of the museum is very appealing as it takes its visitors to the same experience to those 51 million people who first set foot in the palace.

Alongside the Eiffel tower, Champ de Mars, Petit Palais is considered as the one of the foundations of Art Nouveau, Le Petit Palais is designed to honor the City of Paris, and, in particular, the benefits and contributions of art in the West. 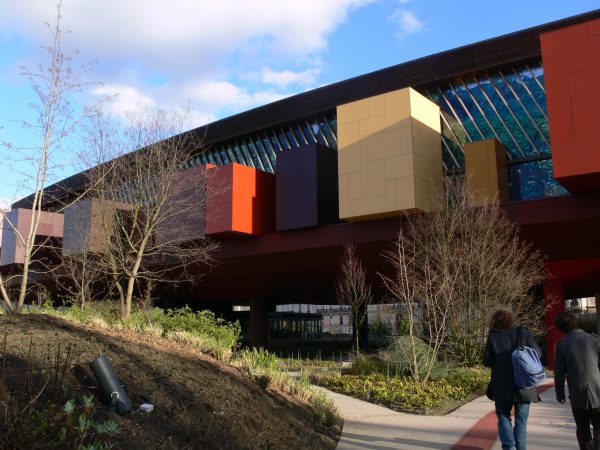 From a simple yet highly idyllic perspective in 2006, Musée du Quai Branly was created to showcase tribal art from different continents. You can walk through ancient civilisations and encounter the indigenous way of life of non-Western countries in Musée du Quai Branly.

Dedicated to preserving and showcasing the beauty of indigenous art, cultures, and civilisations all around the world, from Africa,  to Asia, Oceania and the America, this innovative cultural institution has a simple goal: to open Paris to Non-Western culture. Truly a great place for families and students who want to be educated about non-Western societes.

Musée Carnavalet will walk you through the history of Paris with its rich collection of medieval and Gallo-Roman archaeological collections, mementos from the French Revolution, and fragments from each period in the life of Paris. The museum is also unique, as it occupies two mansions from the 16th and 17th centuries, making it quite distinct from other museums in Paris.

The two museums were once the Hotel Carnavalet and Hotel Le Peletier. Musée Carnavalet is noticeably less crowded compared to other museums, allowing its visitors to savour more of the antique maps, historical artworks, letters, and the magnificent mural by Charles Le Brun that it displays. 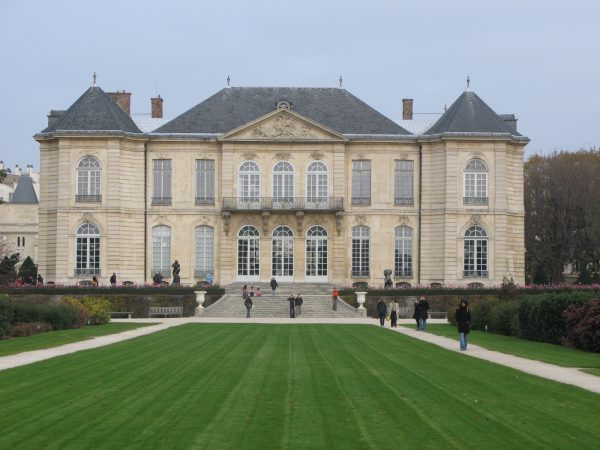 You probably know of The Thinker, right? It is the most famous masterpiece of Auguste Rodin and one of the many works displayed in this mansion where he lived for the last years of his life. You will see a wealth sculptures created by Rodin, including: The Great Balzac, the Burghers of Calais, and the Gates of Hell. There are also works from other artists like Camille Claudel, Rodin’s pupil and lover, Van Gogh, Monet and Renoir.

The works of art are elegantly arranged in the rooms and the garden creating a relaxing ambiance for people who want to feel the atmosphere of being inside the home of a true artist. There are also occasional exhibits in Musée Rodin that are well worth a look. 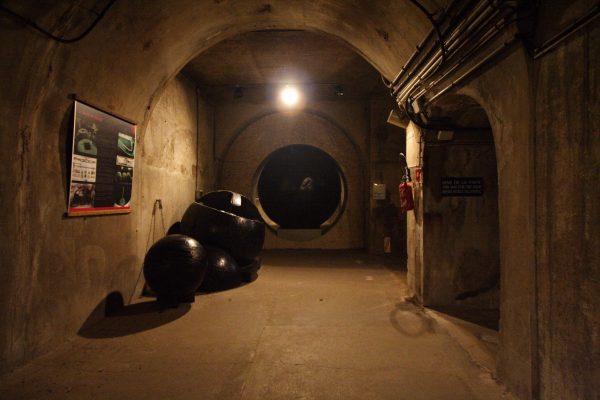 You may not believe it, but a sewer museum, in a real sewer, truly exists! However, it will not be featured in any fear-factor challenges as it, mercifully, does not involve any swimming in the Parisians' waste. Nonetheless, the Paris Sewer is composed of both  drinking and non-drinking water  tunnel networks around Paris. It is actually really interesting and  widely considered as  one of the most unusual museums in the world.

The history of the sewer system of Paris began in the 13th century and has been part of the life and history of Paris since then. This museum is located in the sewers under Quai d’Orsay. It is a must-see destination for Victor Hugo fanatics and/or anyone enthusiastic about engineering, public works and, indeed, history. 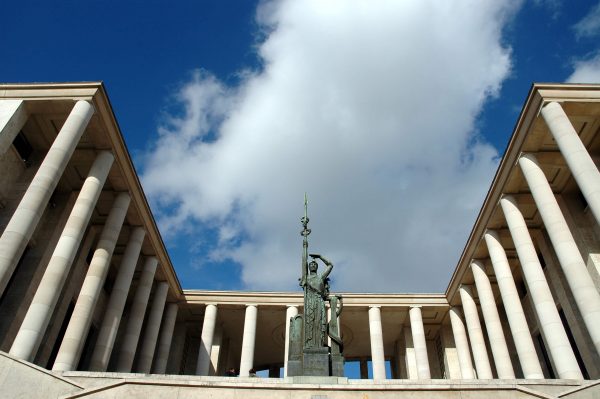 If you are tired of strolling around the echoes of the past and you want something more modern, why not go to Musée d’Art Moderne de la Ville de Paris? Thanks to the generosity of members of the society of the art, a permanent collection of modern and contemporary art collections from almost every artistic movement of the 20th and 21st centuries is represented here.

From Cubist to fauvist, and the New realism movements, the museum ensures that the philosophies behind them will be passed down to future generations. Some of the most famous works inside are by Modigliani, Matisse, Braque, Soutin, Dufy and, notably, Henri Matisse, two of whose works can be found inside.

History is not complete without  the inclusion of the seminal Renaissance period. This is the reason why Musée National du Moyen  has offered its Gothic architecture to house the magnificent art and memorabilia of this important era. The museum is formed within two prestigious buildings in the heart of Paris: the Thermes Gallo-Romains de Lutece and the Hotel des Abbes de Cluny.

The Museum also provides access to large collection of art from the Mediterranean, Scandinavia and the British Isles, which only add to the colourful and diverse collection of paintings, tapestries, stained glass, silver and ivory pieces. The Medieval period-inspired garden adds to the wonder and vision of the place.

Main attractions: The Lady and the Unicorn, Love Riding a Dolphin, Visigoth Votive Crowns, Ivory statue of Madonna and Child 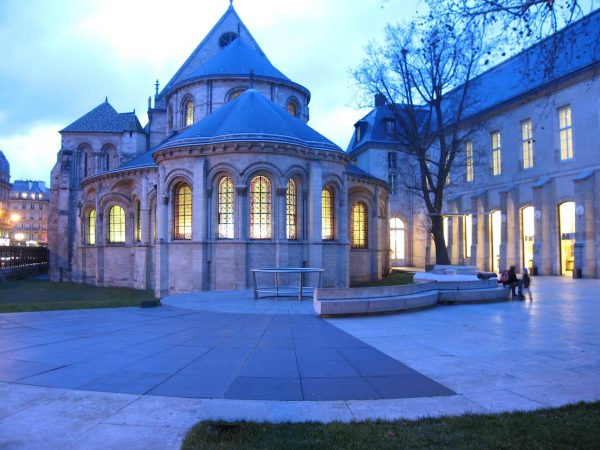 For science lovers, this enchanting museum will certainly catch your interest. Among its treasures are the original Foucault pendulum, the original model of the Statue of Liberty by Auguste Bartholdi, some of the first planes, the, Blaise Pascal’s, Pascaline (the first mechanical calculator), and even some early automobiles.

Musée des Arts et Metiers was founded to celebrate science and its noble pursuit. In general, the museum is divided into seven different collections: Scientific Instruments, Materials, Energy, Mechanics, Construction, Communication, and Transportation. You will feel like you’ve gone back in time exploring the history of science and the pioneering designs which were the foundation of the sophisticated technology we now enjoy.

Le musée de l’ Armée earns a dozen recommendations, as it represents the military institutions of France. It was created in 1905 with the merging of the Musée d’Artillerie and the Musée Historique de l’Armeé.  Today, it keeps artifacts of war  such as weapons, armour, artillery, uniforms, emblems, and paintings. It also has a chronological display---from ancient military artifacts to the end of World War II.

France is known throughout the world for its love for wine and winemaking. So, if you are a true connoisseur of wine, or perhaps just a thirsty curious visitor, you might like to tour the museum dedicated to nothing but Wine. The Paris Wine Museum displays tools and objects used in vineyards and winemaking. You might also be lucky enough to arrive just in time for the free wine tasting.

Counterfeiting is, nowadays one of the major battles of governments and companies. Unfortunately, with the number of people purchasing fake brands continuously on the increase, the government of Paris built the Museum of Counterfeiting in order to assist in this battle. Real items are placed side by side with their bootleg counterparts to show their major differences and the inherent superiority of the real item. You will learn how to check for fake and imitation products, as if by second nature.

What is a funfair for you? Is it a magical, magnificent, and mesmerising place where you will find wonderful performances, fun games and awesome rides? But, how could you describe a funfair or a carnival, and their out-of-this-world acts and performances, in a more detailed and expressive way?

It is well known to us that going to a funfair to watch unusual and mind-boggling acts and performances is the dream of almost every child. This fascination made Jean Paul Favand start collecting unusual objects, games, toys, theatrical props and other lost treasures of funfairs. His rare collection that begun in the 1970s is an interesting place to bring your children or grandchildren and experience being transported back to a childhood of playful treasures and memories of the past.

Don’t forget to grab the opportunity of free passes for each museum mentioned above. It is a good way to save money, treat your family and have a good time together while in Paris. Most of the museums offer free passes every first Sunday, but there are others that open on specific days of a month, or even every day, the whole year round, like  le Musée d’Art Moderne de la Ville and Musée Carnavalet.