Autumn in France: Where to go? | Talk in French

Autumn in France: Where to go? 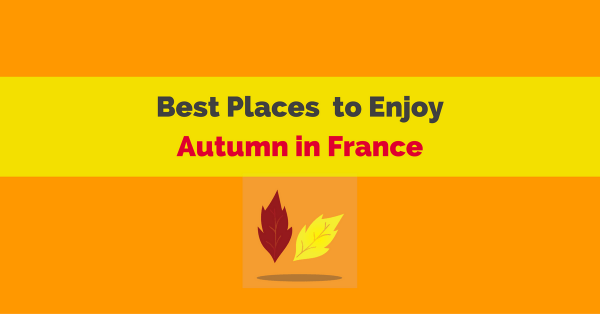 When schools re-start at “la rentrée” and the tourists leave, it’s autumn in France. Summer vacation is over and France returns authentically to the French. It’s the perfect time to visit!

Here are places in France that will make you “fall” in love with autumn!

Paris: perfect for any time of the year

When is a good time to visit Paris? Any time. But autumn is especially great because it’s finally full of Parisians again, all going about their business as usual. 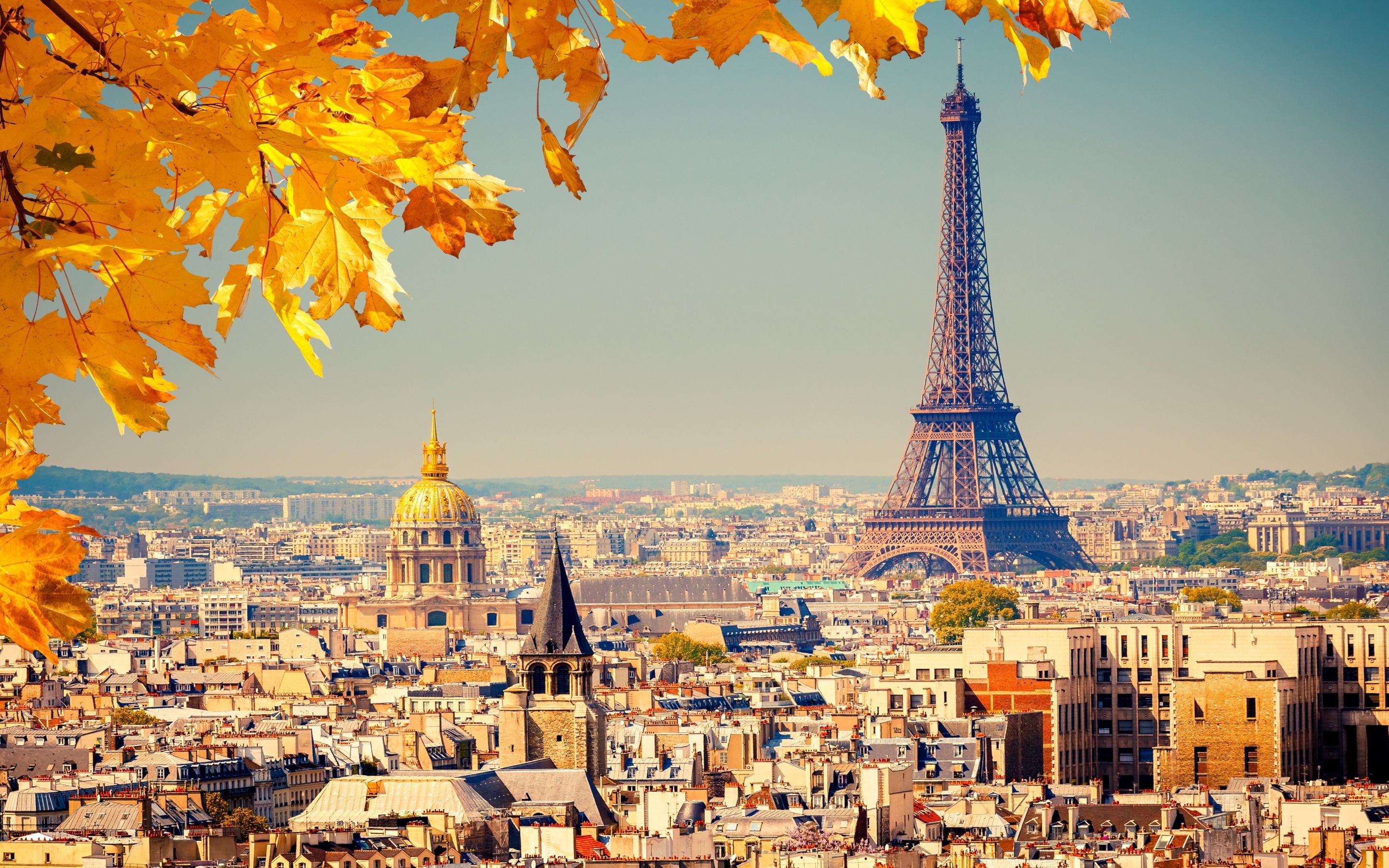 Since the horde of tourists have mostly gone home, it’s less crowded and less expensive to see famous monuments. A perfect time to take a drive around L’Arc de Triomphe, walk a tour of the tombs inside The Panthéon or take a glance up into the awesome heights of the Eiffel Tower–all architectural delights. You’ll find the sites memorable and informative, and the crowds manageable.

And while you’re there, don’t miss some of these events:

But to relax and enjoy some of Paris away from the more popular sites, enjoy a café au lait and people-watch outside one of the many bistros along the tree-lined Champs–Elysées. Or you might walk the streets of hip Belleville’s bustling flea markets after roaming the bohemian Latin Quarter for an eclectic feast of art and food.

You might even find yourself leisurely reflecting on the cultural imprint of Sartre and Camus as you walk through this bustling intellectual quarter.

A gorgeous display of color and castles 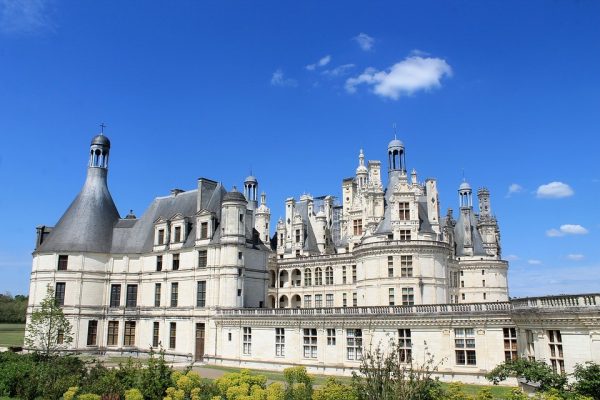 To truly delight in the splendor of France’s pallet of autumn colors, take a road trip through miles and miles of vineyards along the hills and valleys of this rich, historic region. The golden amber and orange, brown and rust hues dance in your eyes through the vines, trees and forests surrounding majestic castles.

And speaking of castles, no trip to the Loire Valley is complete without a tour of the chateaux along the Loire River. Stop by these, in particular:

For fun, celebration and festivities, enjoy the Light Show at the Cathedral at Tours with its enormous organ consisting of  5298 pipes, or mingle in the crowds of the Festival de Loire in late September to see the largest assembly of boats at Orleans.

The beauty of the countryside unmatched 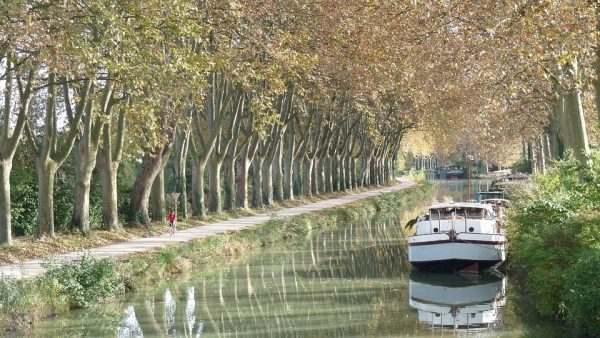 Enjoy popular beaches and tourist spots unfettered by tourists. Until late October, it’s still warm enough to take in the sun. Strolling along the water or sun bathing at The French Riviera are both great ideas.

No visit to the south is complete without a tour of Provence, famous for glorious countryside and home of rich foliage and fresh herbs and spices. Visit the impressive great river valley gorge of the region, Gorges du Verdon to experience the full splendor of the season’s changing leaves.

And while you’re there, catch these special events:

Off the beaten path, you might take the 50 kilometer Little Yellow Train ride. Starting at the Eastern Pyrenees, in Perpignan, to the Spanish border, view the spectacular natural landscape from ski summit to valley fortresses. Or take a barge cruise through the Canal du Midi where you might dock and ride a bicycle to a small village café for breakfast.

For dramatic history and breathtaking scenery 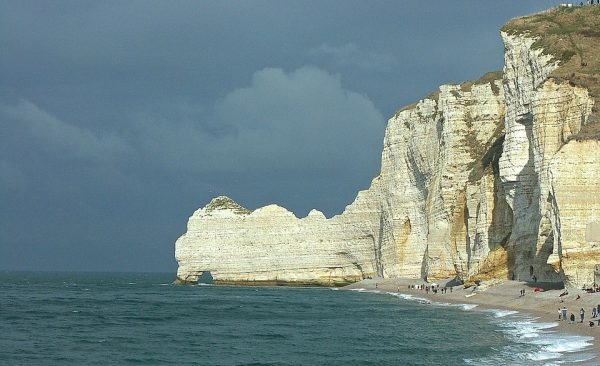 Find cooler temperatures on France’s historic northern beaches marked with British-French history. In Normandy, trace the D-day battle in an emotional tour of the site’s liberation, learn about Joan of Arc at Rouen, or tour the university at Caen.

After the beach, you might catch a day of the two-week traditional French Music Festival of Lanvellec. It features the famed Dallam’s Organ, dating back to 1653. The admirable mastery of ancient instruments will fill your imagination with Medieval and Renaissance France.

Often thought of as largely industrial, the north offers lesser known refined pleasures such as fine dining in romantic brasseries in Lille or the awe-inspiring spectacle of nature, such as the white cliffs and arches at Étretat. What could be more serene than sitting lakeside at Château Chantilly in the Picardy region amid the Chantilly Forest? Inside the castle, you’ll find memorable art treasures in porcelain and paint.

Autumn, with its spectacular array of color crisped by cool weather, is the perfect time to visit France to know the French. There’s no better place for pure color and diversity in regions, people, art, history, music, architecture, food, fun, celebration and culture.

Quiz: Which Region in France Fits You Perfectly?

Must-try French Specialties from Every Region of France

Haunted Places in France: 10 Spooky Locations and the Stories Behind It