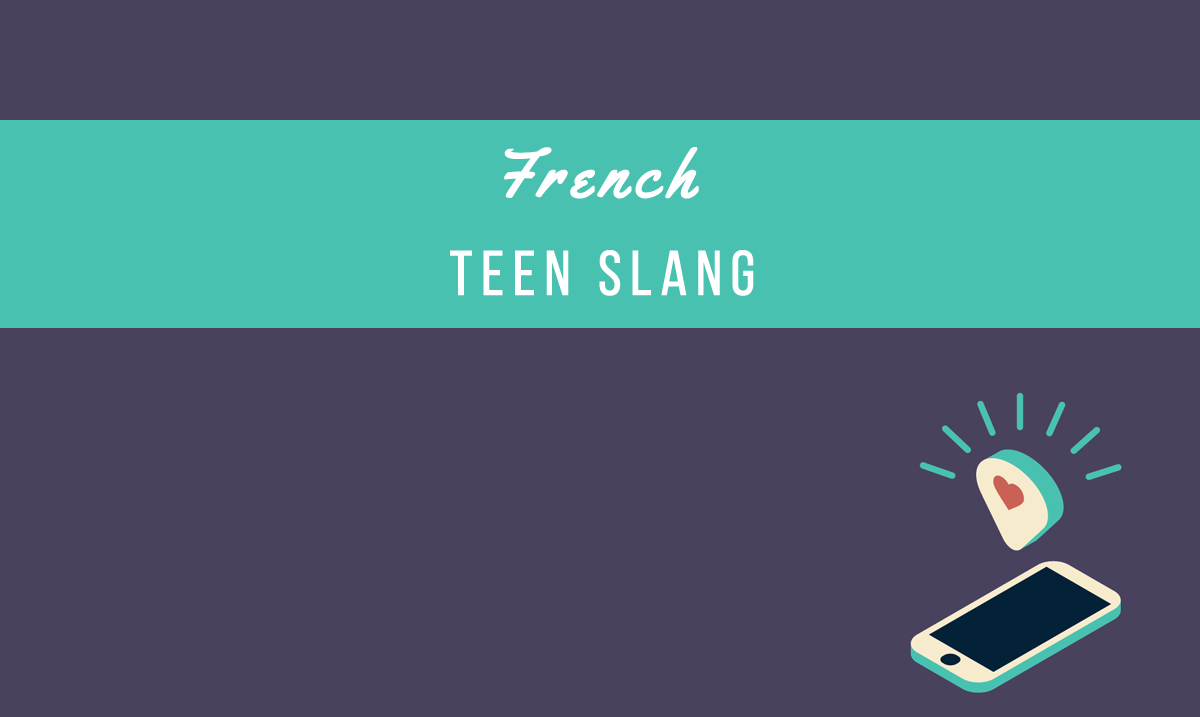 Kids--teens, pre-teens, and even those in their early twenties---often talk to their friends using a different set of trendy slang words.

It’s the same thing in France. The young crowd sprinkle their sentences with words that are uber cool, too. So if you want in on the secret to sounding young and hip, let’s take a look at some of the most common slang terms used by youngsters in French streets nowadays.

But before that, here are a few things you need to know about French slang:

With the Talk in French Vocabulary Mastery Course never misuse a slang expression: slang terms are marked as either offensive or popular so you’d know when it’s appropriate for everyday use or not. Check it out below.

Wait--let’s go back quickly. I mentioned Verlan, but you might be wondering what Verlan is.

Verlan is a form of French slang that makes use of inverting syllables. The word verlan itself is a verlan term. How so?

The term verlan is derived from l'envers which means “the reverse”. L’envers has two syllables: l’en and vers. Now switch the two syllables and make the spelling more straightforward, and what do you get? Yup. Verlan.

Let’s get to know a few verlan words:

Anyway, these are just some example words. I’ll have a more exhaustive list of verlan vocabulary pretty soon. But for starters, the list above should already give you a clearer idea of how verlan plays around with the different syllables.

You don’t necessarily have to use them, but it would be good to understand how verlan works because this type of slang is quite common.

Now here are some popular modern slang words used by French youngsters. You can also download a PDF copy of this list by clicking the yellow button below.

Do you have more cool slang words to add to this list? Make sure to leave a comment below and share it to the rest of the readers!

Previous Post Six Popular French Sayings and Their Origins Next Post Autumn in France: Where to go?