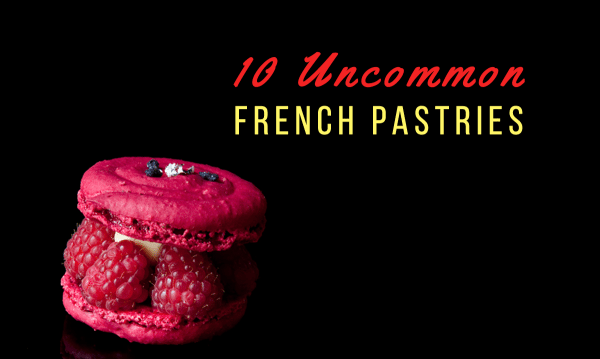 Attention pastry lovers! A parade of heavenly French pastries is coming your way.

Or at least on-screen, anyway.

However, prepare to feast your eyes on cakes and pastries that you probably haven’t tried, or even heard of, on your side of the planet.

French pastries are so diverse that unless you live in France, or have a life-long (if worrying) habit of stalking every French bakery you find, you probably haven’t tried some of the more obscure French desserts yet. However, there are some ridiculously mouth-watering little French concoctions that you’d gladly cross oceans to have a taste of.

See the list below and let me know in the comments if you haven’t tried them yet. Or, if you already have, don’t forget to say where, when and how you found them outside France. I’ll be sure to drop by on my next visit and may just see you there munching a pastry or two.

Paris for Foodies (plus the freebie Paris for Selfies) is available now for only $5 (or equivalent in your local currency). So, make sure to get your copy and start planning that food adventure. 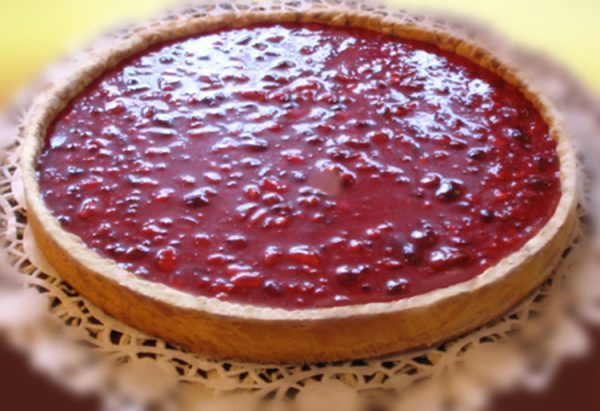 When it comes to sweets, the French certainly know what they’re talking about. It’s practically embedded in the nation’s DNA that no matter which part of the country you find yourself in, there’s bound to be a glorious pastry masterpiece waiting for you.

Take Lyon for example. Should you find yourself in this delightful food mecca, make sure to grab a piece of the classic and decadent tarte aux pralines. This Lyonnais creation with its crushed pink pralines mixed with a tangy crème fraiche laid out on a pastry shell is reason enough to visit the region. The sugar-coated almond bits add an interesting crunchy texture, while the creamy filling is nothing short of indulgent.

But you don’t need to be in Lyon to try your hand at baking this classic treat. Check out the video below for tips from famous French pastry chef Sebastian Bouillet.

If there is one word you might associate with this pastry named after the patron saint of bakers and pastry chefs, it would be “heavenly”. Also known as Gâteau St. Honoré, it starts with a puff pastry base topped with a piped ring of pâte à choux on its outer edges. But of course, that in itself is not enough (we’re talking about the patron saint here, people!), so there’s also a host of cream puffs dipped in caramelized sugar, a generous amount of crème chiboust, and whipped cream for a grand finish that’s nothing short of spectacular. 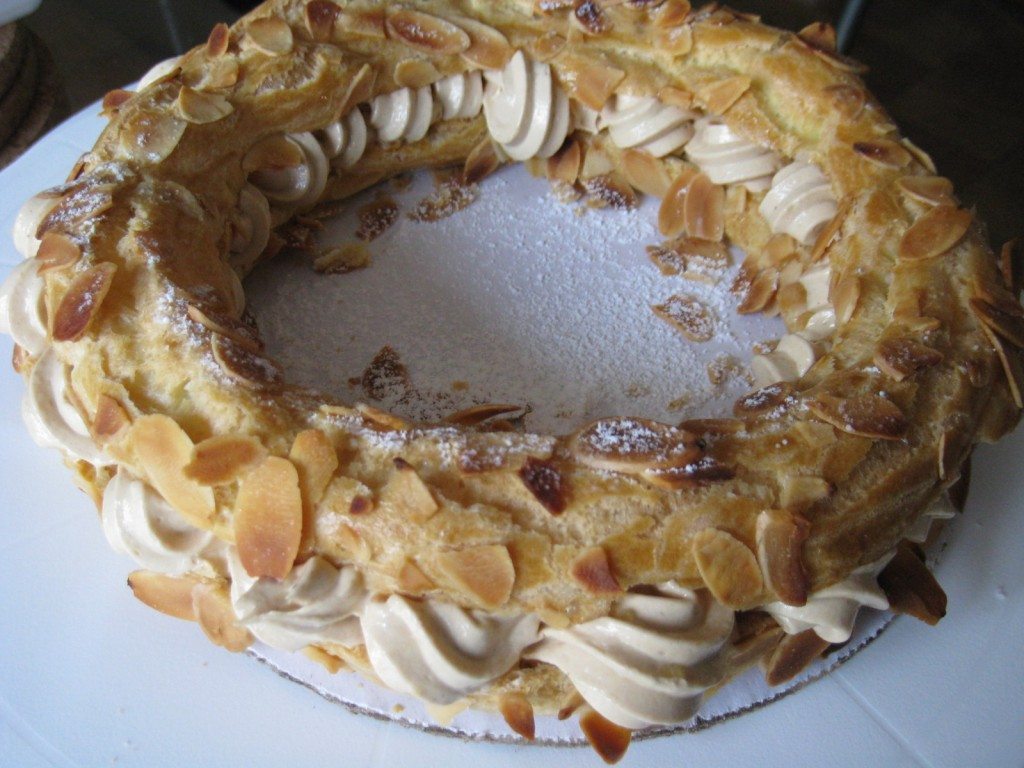 Think of a doughnut shape. Not just your regular kind of doughnut but the lightest, crispiest, airiest choux pastry that melts in your mouth like it’s made out of your happiest dreams. Then split it in the middle and fill it with rich savoury cream. That’s what a Paris-Brest is, and it’s the answer to your heart’s deep-seated desires.

Though some would associate the name with something naughty, it is actually named very innocently as a tribute to a cycle race that goes between the cities of Paris and Brest. The pastry’s round shape was inspired by the cycle’s wheels and it is said that the first people to savour its flavours were cyclists. Soon enough, it spread all over France, inspiring various variations including a rectangular Paris-Brest and other types. 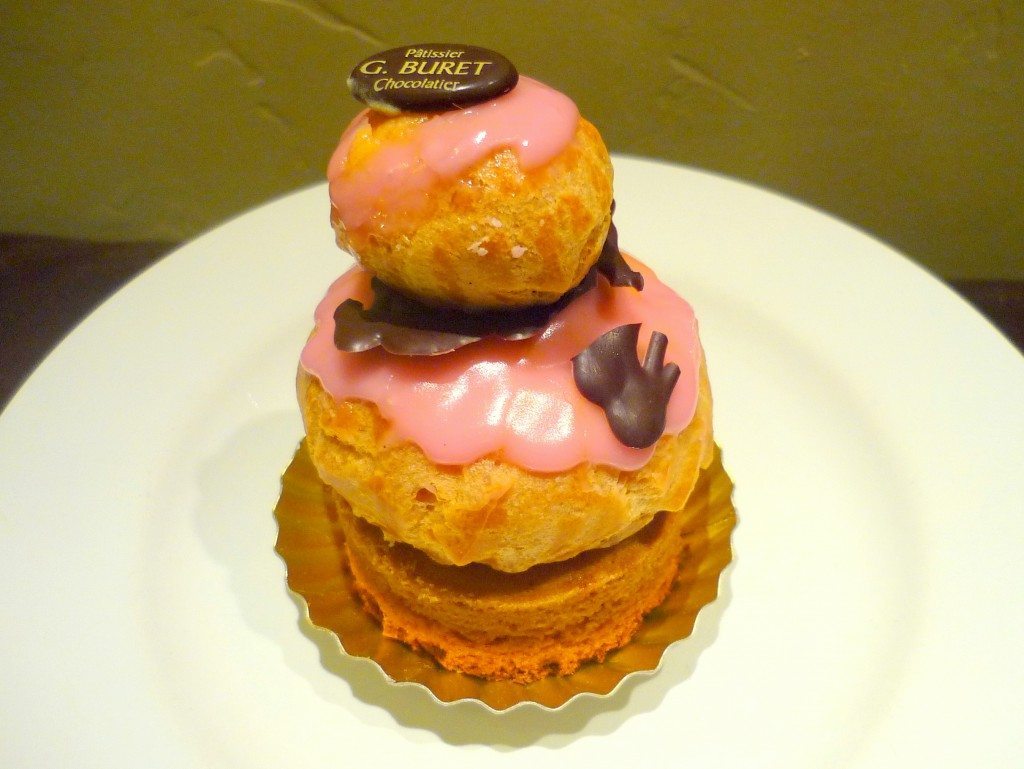 Now here’s a pastry that would give you an experience nothing short of religious. La Religieuse is made of two pretty choux buns filled with pastry cream and stacked on top of one another, decorated with whipped cream and steeped with flavours. The final look is said to resemble a nun’s habit, hence the name. See the cute little whipped cream collar and the head-shaped puff? Yes, that’s a nun alright.

In 1955, Bridget Bardot fell in love with this cake. You will too! A baker from Saint-Tropez named Alexandre Mika first made this heavenly confection with an indulgent brioche-type cake filled with a combination of smooth pastry creams and topped with a generous sprinkling of rock sugar. The result was beyond amazing. It has been nicknamed the Trop, and still commands an amazing cult following in the beautiful Riviera town and elsewhere. 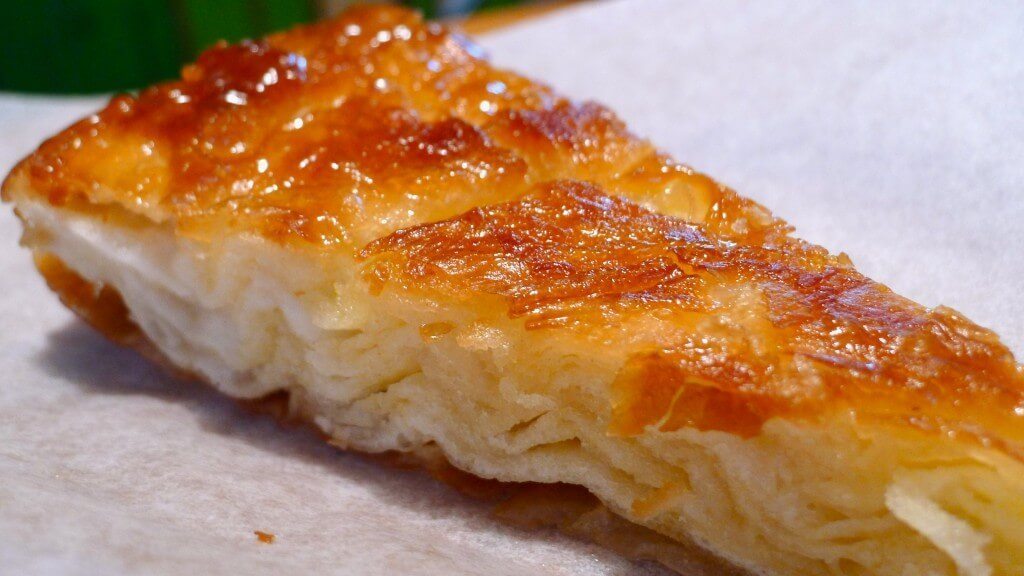 The Kouign Amann (pronounced like “queen ahmahn”) is a traditional cake that hails from the Breton or Brittany region of France. The name itself translates as “butter cake” in one of the region’s dialects. But what an understatement! This flaky round pastry is far more than a simple butter cake, and is actually a relative of the beloved croissant. Baked slowly to perfection, its many layers are filled with caramelized sugar and buttery puffs that crackle gently with each delicious bite. If it doesn’t send you into a state of heavenly bliss, please have yourself checked out. There must be something wrong with you, seriously. 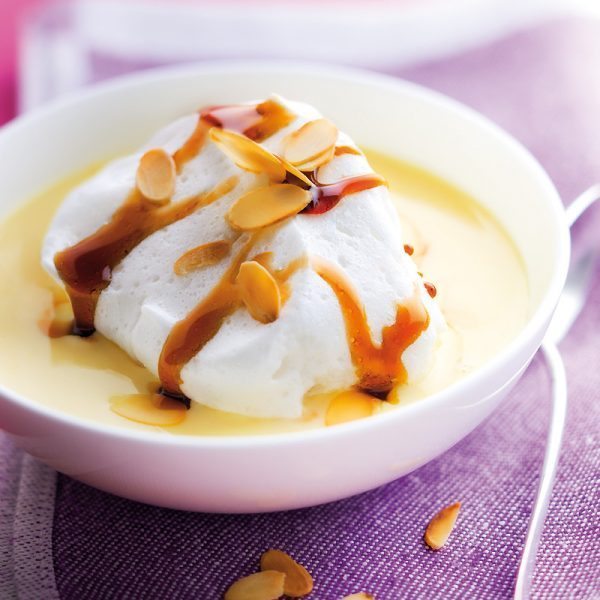 Floating island, anyone? Ile Flottante may be familiar to French natives, but not so much to the rest of the world. Such a shame though. This scrumptious little pastry island, made of meringue slowly baked to perfection, sits in a sea of gooey cream, waiting for you to spoon it out in all of its tasty goodness. 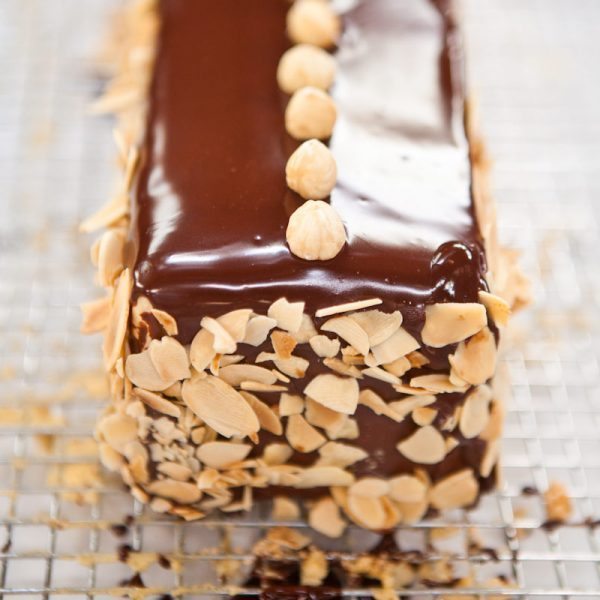 Wrapping up the list is a chef-d’oeuvre that is essentially the cake version of a macaron. Imagine layers of hazelnut flour pastry and whipped egg whites, filled with decadent chocolate, cream and other delicious fillings. It’s basically the answer to all dessert-lovers’ prayers: the perfect, light but highly indulgent creation from the French town of Dax. 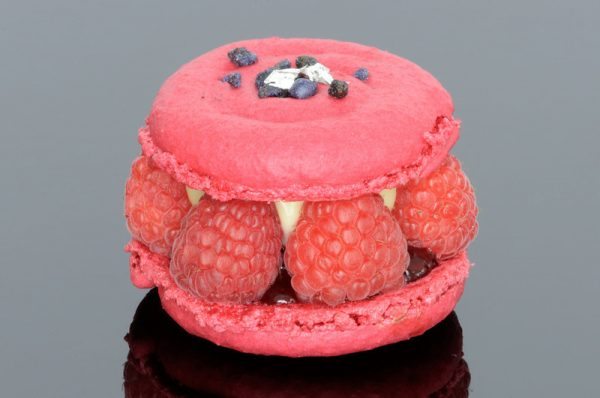 Lovely and sinfully delicious. If you love macarons, you’ll love this one even more. The Marie Antoinette is made of two pink macaron shells filled with delectable rose cream and sweet raspberries –  all the good and magical things in the world stuffed in one delectable out-of-this world pastry. An exclusive creation of the Carl Marletti shop in Paris, this one is something you should definitely include in your must-try list at least once before you die. 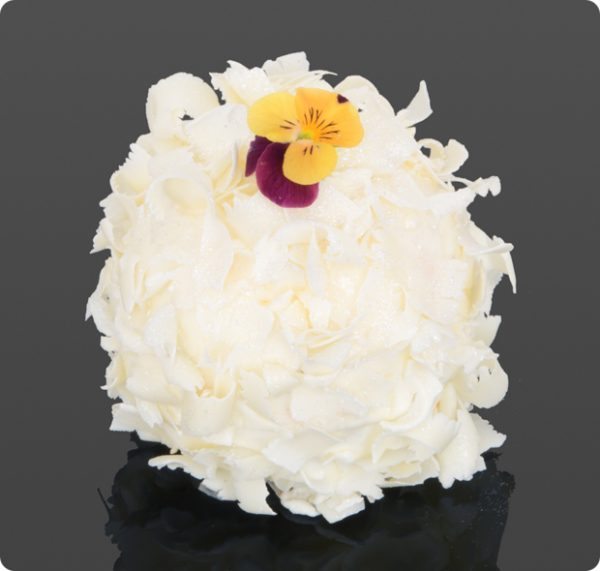 A marvellous stroke of genius, Le Merveilleux hails from Lille in northern France, and made by a shop called Aux Merveilleux. This mouth-watering concoction is made of meringue, chocolate mousse and rich cream, all combined to make one delightful and utterly marvellous work of art.

Now here comes the good part. Did you know that you can actually try this wondrous little creation in shops all over the world? There are Aux Merveilleux shops in Paris, New York, the UK, and soon in Shanghai! Making the world a happier place, one piece of confectionary at a time. Marvellous indeed!

Want to add more to the list? Don’t forget to leave a message for discussion below.

If you want to know more about French Pastries, you should definitely check it out this great article: FRENCH PASTRY CULTURE 101