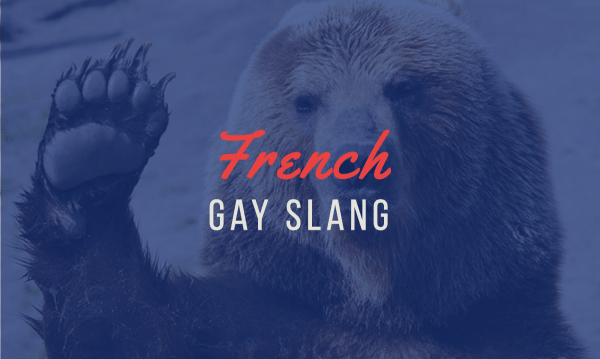 No matter where you go, gay lingo will always be colorful, witty, unabashed, and quite delightful. French gay slang is no different.

French gay-speak is generally translated from English/American gay slang, and as with its heterosexual counterpart, it is best to know a thing or two about it, whatever your sexuality.

A word of caution though, this article is not for everyone as it contains some sexual terminology that may be offensive to some.

So, if you are sensitive to this sort of thing, please stop now. If not, then check out the list of slang words grouped into two: gay guy lingo, and lesbian slang.

Lesbians have their own set of slang lingo too. We’ve listed some of the most common below.

Do you want to learn more French slang terms? Check out the French Vocabulary Mastery Course and get 20,000+ French words, slang expressions, and idiomatic expressions.

French gay slang, like its counterparts in English and other languages can be pretty funny but also offensive. Use with caution!

In case you want to add more or know the English slang for some of the items mentioned above, feel free to sound off in the comments section.

For more related readings, check out the following:

French slang for dining and drinking

French slang to describe people and places on a night out