Are you tired of the mainstream attractions and destinations you always see when reading itineraries and blogs about Paris? Do you feel adventurous and excited at the possibility of finding unique places and activities which you can later boast about to your family and friends?

Every place has its own hidden gems which only the locals or the bravest and most inquisitive foreigners can find. However, in this short blog, I will show twelve hidden treasures of Paris, all which are truly worth a visit the next time you are in the City of Lights. 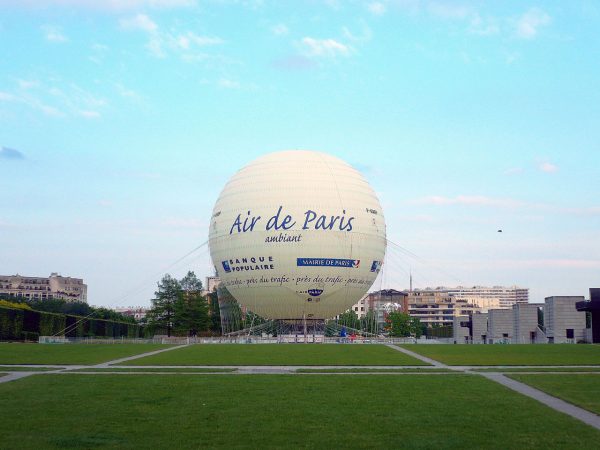 In the heart of the city, there is a flying attraction for both young and old. Thanks to the genius of Archimedes, people who want a bird's eye view of Paris can board Ballon Air de Paris and enjoy a spectacular panoramic view of the capital.

Ballon Air de Paris is the biggest tethered air balloon in the world. Rising to an altitude of 150 meters, the balloon is filled with 6000 m3 of Helium and is attached to the ground by a cable. The balloon also plays an active role in the environment: it changes colour depending on air quality and pollution levels, giving Parisians an insight to the quality of the air through its hues (green - good quality, orange - mediocre quality and red - poor quality) and light.  Parisians are rightly proud of this multi-purpose attraction.

Opening hours: Daily 9 am till 30 minutes before the parc closes. 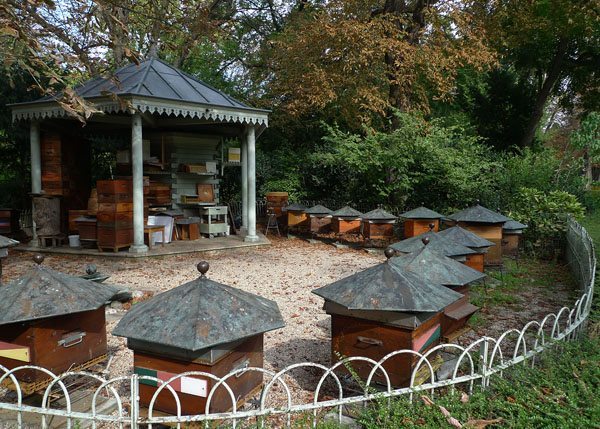 At the southwest corner of Jardin du Luxembourg, a bunch of busy bees are making honey for local Parisians. An apiary (collection of beehives) since 1856, this secluded, but fascinating part of the beautiful Luxembourg gardens allows you to learn more about the process in which honey is made. The more adventurous can even have a try for themselves with classes every Wednesday and Saturday.

3.Boating at the Bois de Boulogne 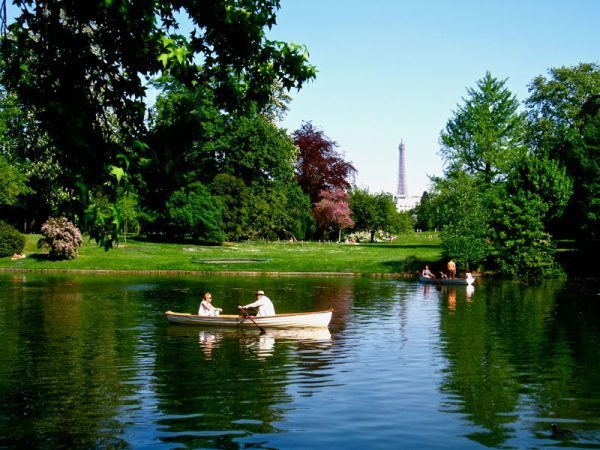 Another activity off the tourist-trail is Bois de Boulogne and its boating area. Bois de Boulogne was once a hunting ground for the Kings of France, but now, it has become a key destination for those wishing to relax in Western Paris. It is one of the largest parks in the west of Paris and offers a vast array of activities such as a trek around Lac Inférieur and a boating experience in the lake.

The boating gives a soothing feeling with the sense of calm and seclusion that the water provides. The trees around are undeniably charming too. If you want to take a breather from the bustling lights and noise around the city, Bois de Boulogne is a good place to escape to. 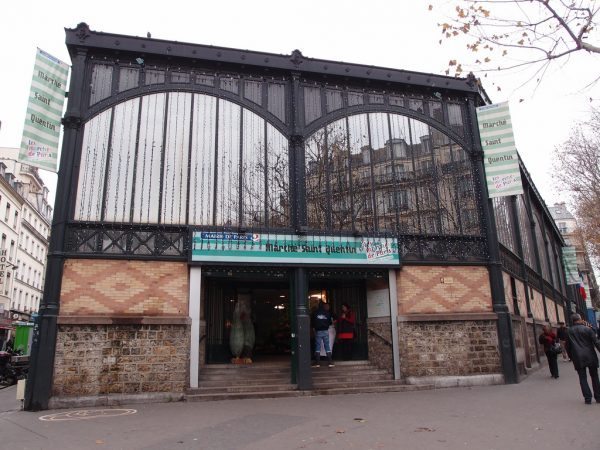 When planning a tour of one country, does it ever occur to you to think about markets? In reality, the markets are often overlooked in favour of the more clichéd aspects of Parisian life. Nevertheless, Paris boasts of some extraordinary covered markets like St. Quentin, one of the few remaining covered markets in Paris. It has an impressive Baltard style architecture with high ceilings, iron, glass, and expansive windows that permit a lot of natural light and greater ventilation.

Saint-Quentin  is located in the 10th arrondissement and is open from Tuesday-Saturday, 9 am-7:30 pm, and Sundays from 8:30 am-1:30 pm. You will find various ethnic eateries, fruits and vegetables, charcuterie, gift shops, bakeries, meat, household items... 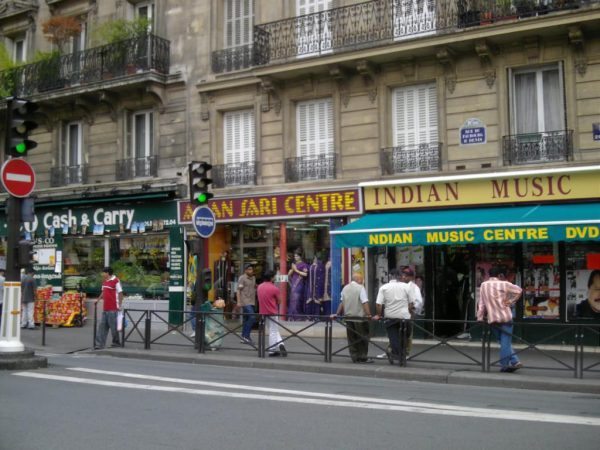 There are over 100,000 Sri Lankan Tamils currently living in France, and you will find many of them in Parisian’s “Little Jaffna”, located at the end  of Rue du Faubourg-Saint-Denis in the 10th arrondissement, between metros Gare de Nord and La Chapelle.

Commonly mistaken as Little Bombay by many Parisians, you will see women in vibrant saris, colourful shops selling everything from silk to spices, cheaper Indian restaurants (you will find them near La Chapelle underground station around Rue du Faubourg), and almost importantly, Sri Lankan and South Indian culture imported all the way from Asia to Little Jaffna.

You will also hear the latest Bollywood music bouncing around the streets while find your way around the town. And that strong fragrance of spices stacked in the groceries and restaurants… mmmm… it’s so evocative! Don’t forget to save some time to try their chai tea and samosas before you leave. 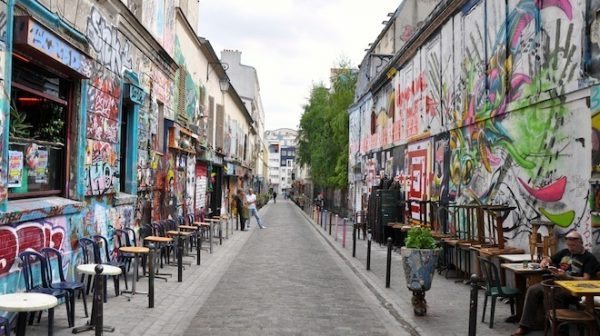 Belleville was once a village that provides wine to central Paris, but now, it turned livelier with its own Chinatown, artistic quarter and has become a melting pot of different cultures.

You will find Thai, Vietnamese, Chinese and French restaurants and Bistros all around Belleville with significantly lower prices than anywhere else in the capital. For example, there is a major Chinese neighbourhood located between the canal and The Parc des Buttes-Chaumont.

One good thing in visiting a cultural neighbourhood is the cheaper yet more authentic products that they sell. For example, if you are craving for noodles and dumplings, just go to the nearest Chinese neighbourhood and you will get the unique experience of visiting France and eating in China at the same time. Moreover, on top of the cuisine, there are  many other awesome activities that you can do whilst in Belleville.

Since the neighbourhood is becoming a fashionable hangout for artists, you will find different ateliers scattered in the area displaying their paintings and artwork for free. If your tastes run to graffiti and street arts you must definitely check out Rue Denoyez. Afterwards, you can try the view over the city from Rue Piat and Rue des Envierges, which leads to the modern but lovely Parc de Belleville.

Finally, if you still want to be a little adventurous, you can explore the nearby Pere Lachaise cemetery, where Jim Morrison, Oscar Wilde and Edith Piaf are resting in peace. 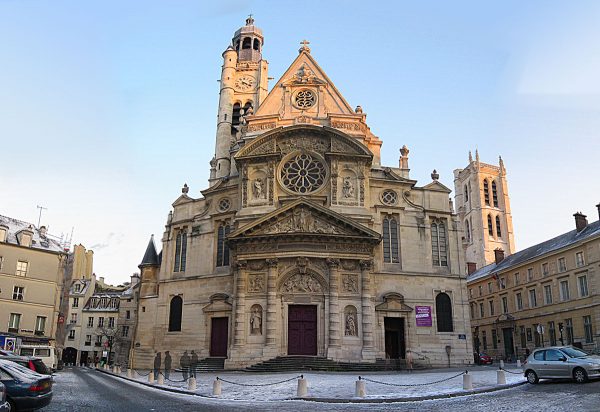 St. Etienne du Mont is a Gothic church on the Montagne Sainte-Genevieve in the fifth arrondissement behind the Pantheon. It is one of the most interesting churches in Paris, and was once a part of an abbey dedicated to Saint Genevieve.

The church carefully guards its main attraction - the shrine and the golden reliquary which are used to hold the body of Sainte-Genevieve, the patroness of Paris. The church also boasts a magnificent interior; possessing the only surviving renaissance choir screen in Paris. Aside from Sainte Genevieve, the church  also has the tombs of physicist Blaise Pascal and playwright Jean Racine. 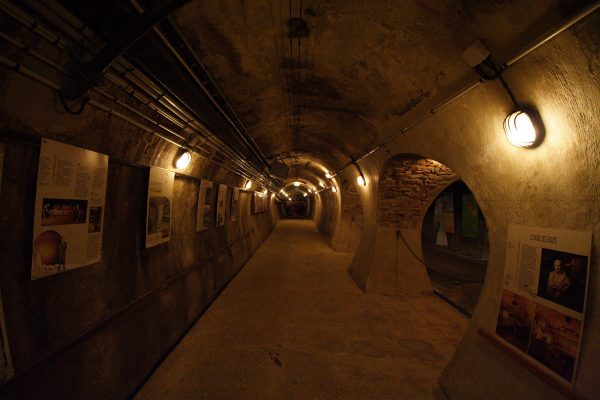 What is the strangest museum you’ve ever visited? Now you can add the Paris Sewer System to your list. Here you can follow the history of the city’s drainage system from its first ever sewer system in the 1200’s, to the epidemics of the dark ages, and to the creation of the modern sewer system of Paris. For an unforgettable hour, you can walk through tunnels and see the machines and gushing sewer water underneath your feet. 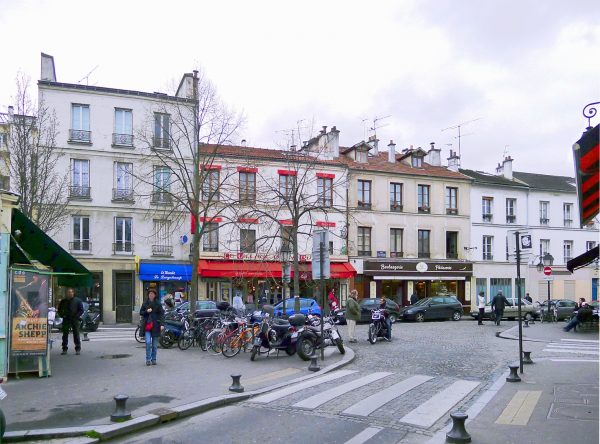 La Butte aux Cailles in the 13th arrondissement might be one of the lesser-known neighbourhoods in Paris, but its hidden beauty; composed of narrow cobblestone streets, eccentric restaurants, cafes, art nouveau architecture, and tiny houses are reminiscent of another era of Parisian life.

In Place Paul Verlaine, you will find a 19th century well that provides natural spring water where you can fill your bottles with water. The water in the well is completely safe and drinkable. Behind the well is an art-nouveau swimming pool which gets its water from the well. After spending some time in the spring water, you can walk to rue Daviel to find the Alsacian Villa built in the architectural style of the traditional buildings in Northern France and open during the day. 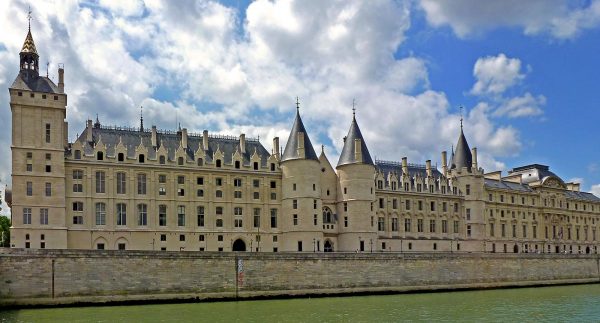 La Conciergerie became the first prison in Paris, when the former palace was given to the Parliament. In 1391, the Conciergerie was converted into a prison for both common and political criminals.

During the French Revolution, almost 3,000 prisoners spent their last days there before being guillotined in the Concorde Square. Amongst the famous people who spent time in the palace are Marie-Antoinette, Charlotte Corday and Danton. Now, visitors will find themselves in the Prisoners’ Gallery, Women’s Square, Marie-Antoinette’s dungeon, and can peruse some mementos from the French Revolution. 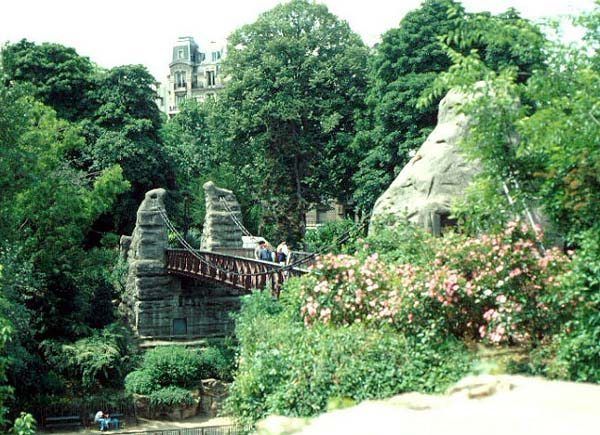 \The Parc, as a whole, is one of the largest in the city. On top of this, the park boasts dramatic slopes, bridges, waterfalls, plants: its peaceful ambiance creatively crafted by Alphand and Baron Haussmann from an originally barren area. Nevertheless, only a few actually reach the mountain that the Parc surrounds.

Hidden deep inside Parc des Butte Chaumont, this small mountain rewards its hikers with a beautiful view of the park, and  at top of its peak, you will find the “Temple of Sibylle”,  a 19th century replica of a Roman one that evokes a sense of mythology to the place, which adds even more drama to the panoramic view from in the mountain. 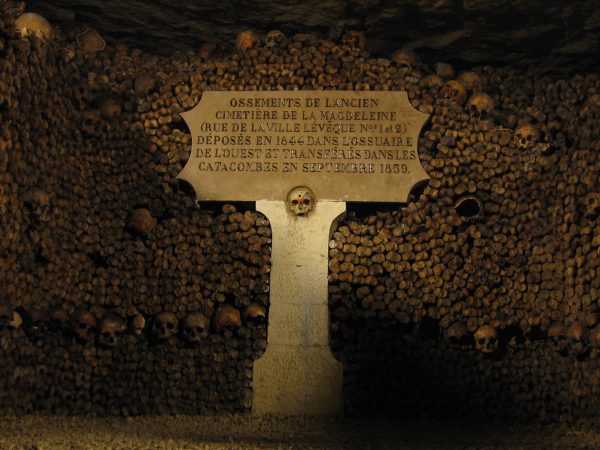 Underneath the glowing lights and bustle of Parisian streets, there lies a creepy labyrinth of carefully arranged skulls and bones. The ossuaries hold the remains of almost six million Parisians from the late 18th century. In addition to the unsettling number of human bones, you will also find graffiti dating all the way back to French Revolution and enigmatic inscriptions lining the walls. It is not advisable to enter the Catacombs illegally because of the risk of getting lost.

These twelve "secret" places are only some of the huge variety of places in the city hidden behind the shadows of Eiffel Tower, Notre Dame, and Sacre Coeur.

You may find some of them strange at first, but all have their own beauty, and allow you to see another dimension to Paris. Nevertheless, I know that there are still more secret places which might be even better than those in the list; I would appreciate any suggestions and comments from you.

Travelling to France soon? Grab your copy of the most complete French Phrasebook. Click the photo below to learn more.

P.S: As always, sharing is caring 🙂