How to Say Cheers in French

Toasting a friend on an important life event, or simply raising a toast while you’re out? Either way, you’ll need to read up on the do’s and don’t’s of saying cheers in French, or you might regret it. 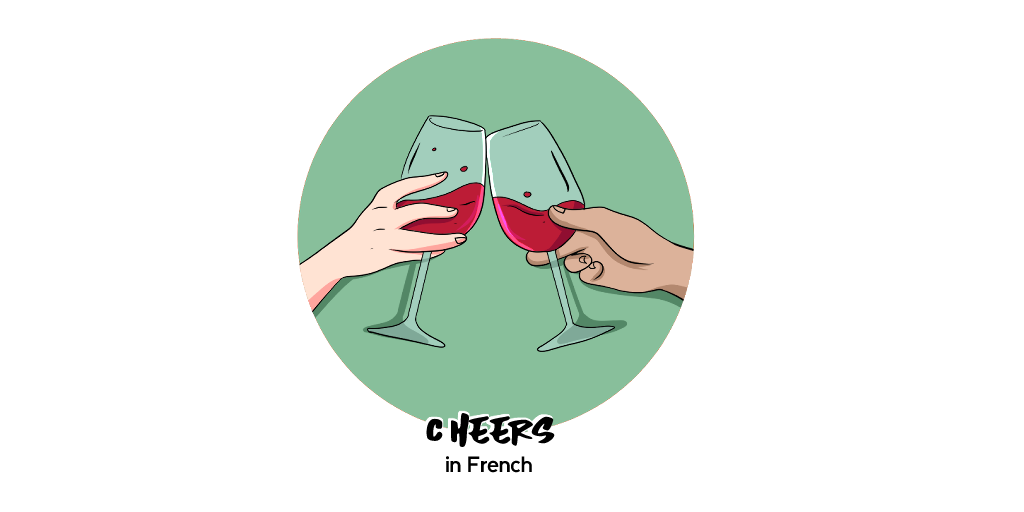 Why it’s important to say “Cheers” in French

There are many traditions and rules that should be followed when saying “cheers” in French, but why is it important to do so? Well, one tradition says that if you don’t follow the rules, you will receive seven years of bad luck! And even if you’re not superstitious, it is simply good manners to know the etiquette.

Learning how to make a toast in French can also help you to understand aspects of French culture that you were unsure of before, which will help you to respect their traditions.

A toast can happen at various locations and events, from formal functions to social gatherings amongst friends. Both occasions require different toasts, as you wouldn’t want to use tchin tchin at a business event.

À votre santé is probably one of the most common toasts that you will hear in French. It can be used in both formal and informal situations, so there aren’t any restrictions on when you can use it.

If you are at a less formal event you are able to change the toast slightly to make it seem more natural. You can do this by saying à tu santé instead of à votre santé. This is because “votre” is the more formal version of “tu,” meaning “you.”

Using “à tu santé” is also how you would make a toast to a single person instead of multiple people.

The phrase means “to your health,” which is common for a French toast. This is because instead of saying “cheers,” the French toast to people’s good health.

If you are wanting to return the toast or respond to à votre santé, this is what you say.

À la vôtre means “to yours.” It is generally used as a formal response to à votre santé, as it returns the good health wishes back to the person originally making the toast.

If you are with people who you are close to however, you may choose to use à la tienne, which means the same thing but is seen as being less formal.

Santé: A Way to Say “Cheers” in French

Santé very literally translates to “health.”  It is the shortened version of à votre santé and used in very much the same way.

By using santé as the way you say “cheers” you are dropping both “à” and “votre” or “tu,” although both are implied in the toast.

Tchin tchin: A Way to Say “Cheers” in French from China

Using tchin tchin to say “cheers” in French is an example of how other languages and cultures can influence our own. This is because it is taken from a Chinese phrase.

Soldiers who spent time in China during the Second Opium War are responsible for the creation of this phrase and its subsequent popularity. It was created because 請請 or qǐng qǐng (please please) was used to invite people to have drinks.

This method of saying “cheers” in French is generally reserved for people that you are familiar with. It is rarely used in formal situations.

Trinquons is the French word which is used for the action of clinking your glasses together during or after a toast.

The word comes from the verb trinquer (a regular “-er” verb), and conjugated into the imperative nous form, trinquons, means “(Let’s) make the glasses clink together!” Trinquons also means “to drink” and can be used to propose a toast.

If you were to hear the phrase “on trinque?” while you’re out with friends, it means “shall we toast?” and uses the same verb (trinquer) in the present tense.

As mentioned earlier, according to a French toasting tradition, if you do not give a toast, you will suffer seven years of bad luck. But there are many other traditions that need to be learnt and honoured when giving a toast in French.

A few expectations when a toast is being given are:

It is important to learn the traditions and rules for saying “cheers” in French as well as how to toast, so that you can demonstrate a respect for French culture.

If you have been invited to a formal gathering and are unsure of what is expected of you, it might be an idea to brush up on your table manners and table etiquette. Doing this will make sure that you make a good impression on your hosts.

Another idea is to make sure that you are familiar with some of the vocabulary that you could hear when you are out, so take a look at our article on slang words and phrases that can be used for dining and drinking. Bear in mind, however, that you probably won’t hear many of these at a formal occasion.