The Ultimate Guide to French Politeness and Niceties - Talk in French 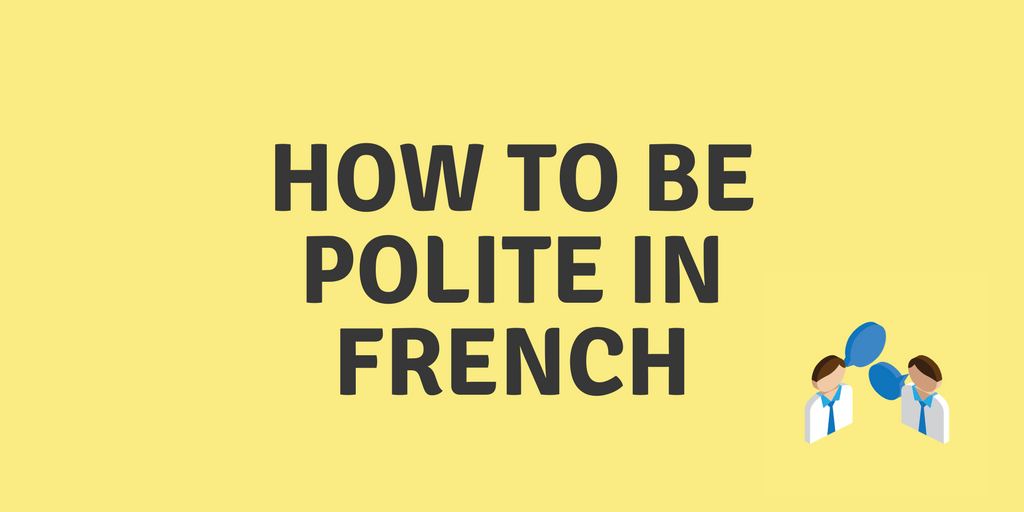 Whether you would simply like to avoid embarrassment when you’re with French people or you have loftier goals of becoming a shining example of politeness and courtesy when you’re in France, this ultimate guide to French politeness is what you’re looking for.

Here's What You'll Learn (Click for Quick Navigation):
I. How polite are the French and what is expected of you?
Using Titles (Monsieur, Madame, and Mademoiselle)
Should you use Tu or Vous?
II. French Phrases of Politeness (La Politesse)
III. Faire la Bise
When Should You Faire la Bise?
What is the Proper Way to Faire la Bise?
How many cheek kisses should you give?
IV. How to be a Polite Guest in a French Person’s Home
V. French Table Etiquette Basics
Do's
Dont's
VI. Conclusion
Quick recap of this article

I. How polite are the French and what is expected of you?

While some people have the idea that French people are rude and obnoxious, it’s all just part of a grand misunderstanding.

People in France are actually some of the most polite and courteous people, and even with a bare minimum knowledge of French words, you can have a wonderful time in France if you know the very basic words of politeness and courtesy.

You see, being polite is incredibly important to the French and everyone adheres to this code of conduct. Just a simple bonjour would open doors for you.

Also use liberally basic words such as merci and s'il vous plaît. Uttering these will go a long way for you and will make you realize that contrary to stereotypes, the French can be quite gracious and accommodating, too!

Always address people as Monsieur, Madame or Mademoiselle unless you are invited to be on first-name basis. This may sound overly formal, but when you’re in France, it’s best to err on the side of formality.

First names are generally reserved for family and friends, so never assume that it is okay to use a person’s first name unless you are already quite familiar with the person. Even then, you should still ask if it is alright.

Use Monsieur when addressing adult men, Madame for all adult women (regardless of whether married or single as long as they are over 18 years of age), and Mademoiselle for females below 18 years old. An exception is with waitresses, which are addressed as Mademoiselle.

For more tips on politeness and good manners in France, these articles will help you:

Should you use Tu or Vous?

This part is very tricky and has so many rules. For a more detailed guide on when to use tu and vous, check out this article.

The Ultimate Guide to Tu vs. Vous

Here are some words and phrases to learn by heart if you wish to be courteous in France.

The kiss (or kisses) on the cheeks between two people is called faire la bise and it is a common cultural practice in France. People kiss each other on the cheeks to say hello or goodbye and this should never be thought of as anything more than a friendly gesture.

This casual act could be comparable to a friendly hug in other countries, which interestingly enough, is considered more intimate by the French than a kiss on the cheeks. Hugging is quite uncommon in France and could be uncomfortable even between friends.

The idea of la bise might seem pretty confusing for non-French people. In fact, it could be perplexing even to those who have already stayed for a while in France.

For some people, these questions would be enough to give them a major anxiety. Not to mention that faire la bise can quickly turn awkward for the uninitiated. Hopefully, this short guide would shed off some light into these legitimate concerns.

When Should You Faire la Bise?

What is the Proper Way to Faire la Bise?

First, lean in slightly to the right and touch your left cheek with the other person’s left cheek then make a light kissing sound.

While some would say that you should kiss on the right cheek first, don’t worry too much about it and instead take cues from the other person and adjust accordingly.

How many cheek kisses should you give?

The answer to that would depend on which part of France you are in, although the most common is two kisses, one on each cheek.

The number could vary from one to five. So take your cue from the people around you. To give you an idea on how tricky the number of kisses could be and give you a guide depending on which area, check out https://combiendebises.free.fr/. 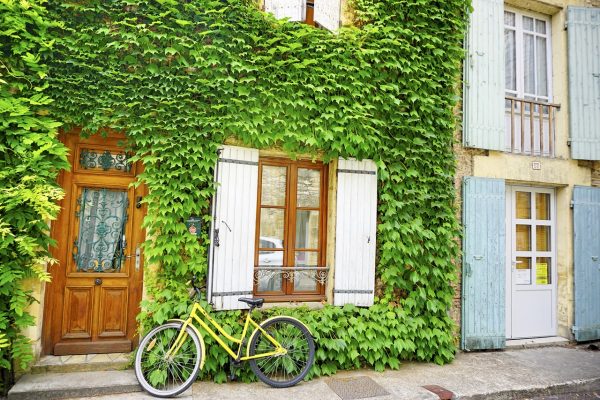 IV. How to be a Polite Guest in a French Person’s Home

The rules in being a gracious guest is universal and what applies as good manners in other parts of the world will also be considered as such when you’re in France. Whether you are invited to stay over for a night, a few days, or for dinner, here are some things to consider: 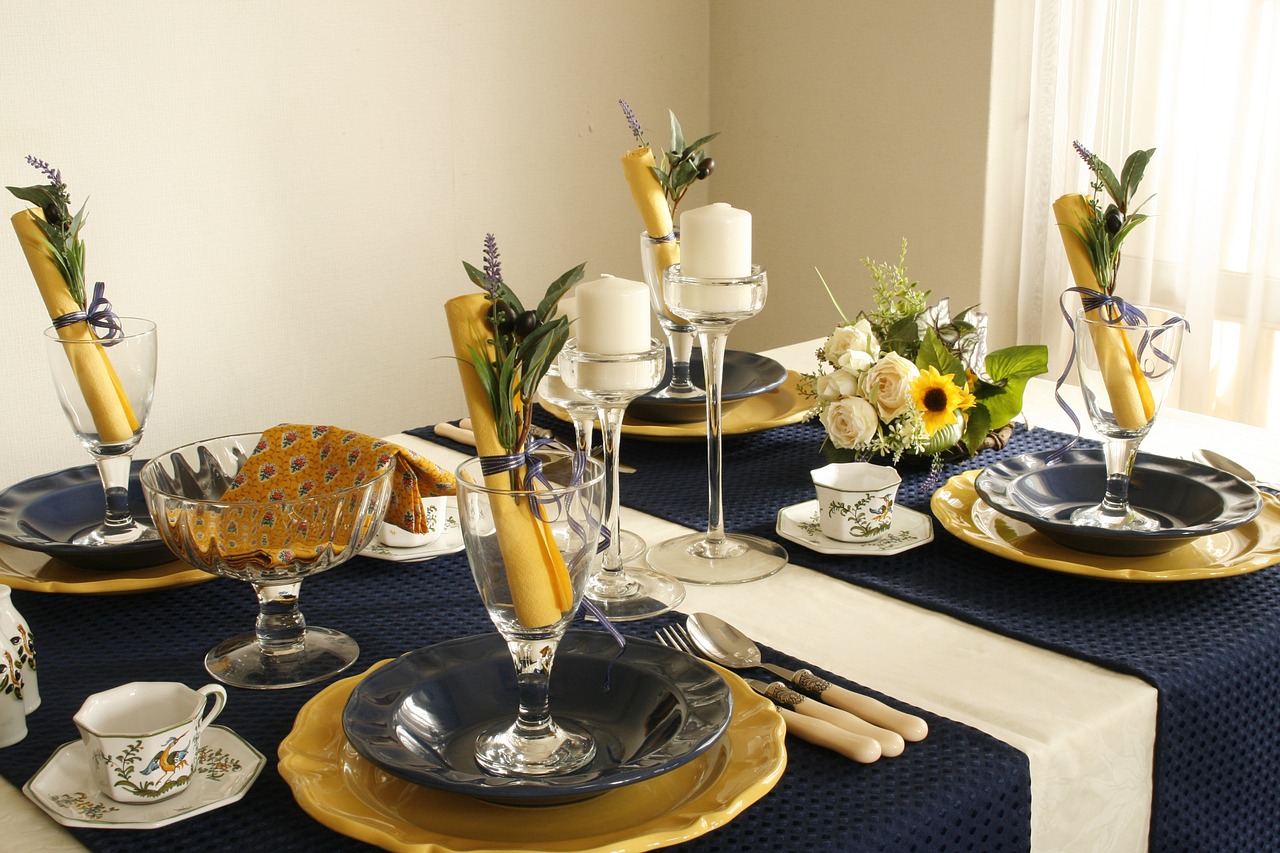 French table manners requires a lot of discussion because let’s face it, the French can be quite strict and formal when it comes to eating. There are a lot of rules when it comes to French dining etiquette, but here, we’ll just run through the most important ones.

If you want more background into French Eating Habits, check out the article below.

​A Guide to French Food Habits

France is a very polite society and the French put a high importance on politeness and courtesy. So when you are in France or around French people, try to bear in mind the tips in this article. I assure you, it matters a lot.

Quick recap of this article

For more useful phrases that you could use when you’re in France, check out the French Phrasebook that comes with a FREE audiobook.

Useful French Greetings for All Occasions

Previous Post How to Make Small Talk in French: A Quick Guide to French Conversations Next Post Can You Pick the Correct Words in This Confusing French Word Pairs Quiz?