7 Things to Remember When Dating in France | Talk in French

7 Things to Remember When Dating in France 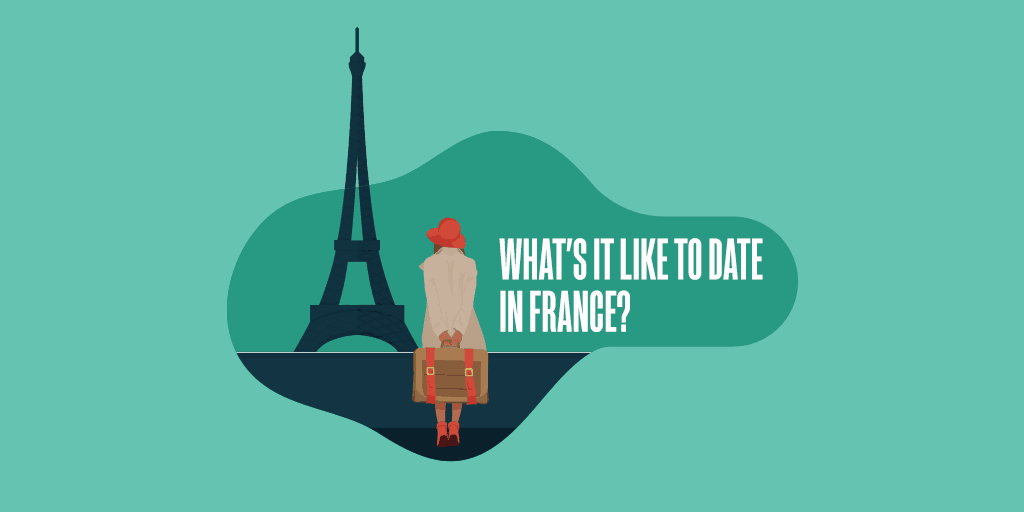 From country to country it’s fascinating to look for similarities in cultures only to see vast differences.  For example, while we can see similarities between France and other countries with certain social behaviours, there are some big differences when it comes to dating.

It’s unlike what we see in movies when it comes to dating in France, let me assure you of that. So if you’re looking to date in France, here are seven things to keep in mind.
Quick Navigation
1. There Is No Dating Code
2. Expect Lots of Flirting
3. Body Language is Everything
4. French Women Decide Whether It's a Go or No
5. Love and Sex are More Exclusive
6. Even Dating Is Exclusive
7. Dating in France Can be Complex

1. There Is No Dating Code

In other western countries like the US, there is a sort of code to dating. You ask someone out, take them to dinner and a movie, and so on. There are distinct milestones that need to be achieved in the dating game.

In France though, there is no such thing!

What this means is:

Don’t be mistaken, French men and women know that they can become intimate with someone. But what’s important here is the overall attitude about certain things. How the US and other countries go about dating is widely different than here.

As we are going through this, you’ll find that a lot of things which are big no-nos in other cultures are accepted---and even embraced!--in France. For example, the idea of two people going to dinner implies nothing at all. In other cultures though, people can read too heavily into  that.

One other aspect that’s open for French people is flirting. In the US and other countries, flirting is directed to strangers or people you’re into. But whether you’re single or not, in France, there is plenty of flirting regardless of marital status.

To both sides, flirting is an art form. So you’re going to see it thrown around a lot.

In the cases of women, they flirt because:

Men on the other hand aren’t tied down to specific standards. Instead, they flirt for key reasons:

Overall, flirting is a flexible tool in this game. It can turn into a way of hooking people in or it can be innocent comments that don’t harm anyone.

3. Body Language is Everything

When dating in France, body language makes all the difference. Why? Well let’s look at two scenarios:

Because of these two scenarios, you can only really count on body language as your saving grace. If you want to know exactly what someone is saying, look at what they’re doing.

How to Meet New People in France and Make New Friends

Women are the most telling with regards to this. You can expect them to show interest when they:

In the case with French men, they’re tougher to read. Part of that reason is because dating is a game for them. They’ll flirt, be persistent and tenacious and more. But they’re that way mainly for the game.

What this means is they’re more into the sport of being in the dating game. Having sex, and being with someone else is an extra bonus to them. With this in mind, you’ll likely won’t know if they’re interested unless you ask them directly.

4. French Women Decide Whether It's a Go or No

As I mentioned above, going on multiple dates doesn’t mean that you are dating that person. To answer the question why that’s not the case, we turn to women in particular. While there are all kinds of standards for women, they do get perks. One of which is to decide on whether they’re dating the person or not.

It can take several dates to convince a woman to date you which suggests a couple of things:

But what’s so interesting and amazing is this: even if the girl says yes or no, the game isn’t over. There are no expectations or obligations from either person!

5. Love and Sex are More Exclusive

Remember that I said the French are more focused on getting to know someone? Well, this particular point solidifies that: how they handle love and sex.

Since the French are more direct with their flirting, it means their true affection is more reserved than others. That’s not to say their flirting lacks emotion, but the idea of dating and having sex are deeper forms of affection compared to other Western countries.

But while having sex is intimate, talking about it is fair game. For example, many people talk about waiting to meet that special person to share their first time with.

And a little off topic, but nudity to that extent is more open, too. Children are allowed to be nude at the beach. Even women are permitted to be topless! Though today you see less of that behaviour.

6. Even Dating Is Exclusive

But one other exclusive aspect is dating. But that shouldn’t be a surprise. The French have a culture of being direct and open about so much, there aren't any particular tells. Because of this system, it’s not out of the ordinary for French folk to be flirting with several people while they are single.

However, that changes when they are dating someone. Once they’ve made up their minds that they want to be dating someone, you are expected to remain exclusive to that person.

Because of this aspect  of French culture, it’s easy to see how the dating game takes a long time to develop compared to other Western cultures.

7. Dating in France Can be Complex

Navigating this dating system requires experience and understanding. You don’t need to go deep in the culture to understand everything. But the more you know, the more you can better navigate the dating scene.

If you do decide to take up dating in France, my suggestion is to take these aspects to heart. I’d also suggest reading this article on other etiquettes when dating a French woman or a man.

By being aware of the cultural differences, you may get lucky and find a French person you can fall in love with.

What part of dating in France do you find most interesting? Share your experience in the comments!

About the Author Eric Burdon

Being Gay in France Podcast #40