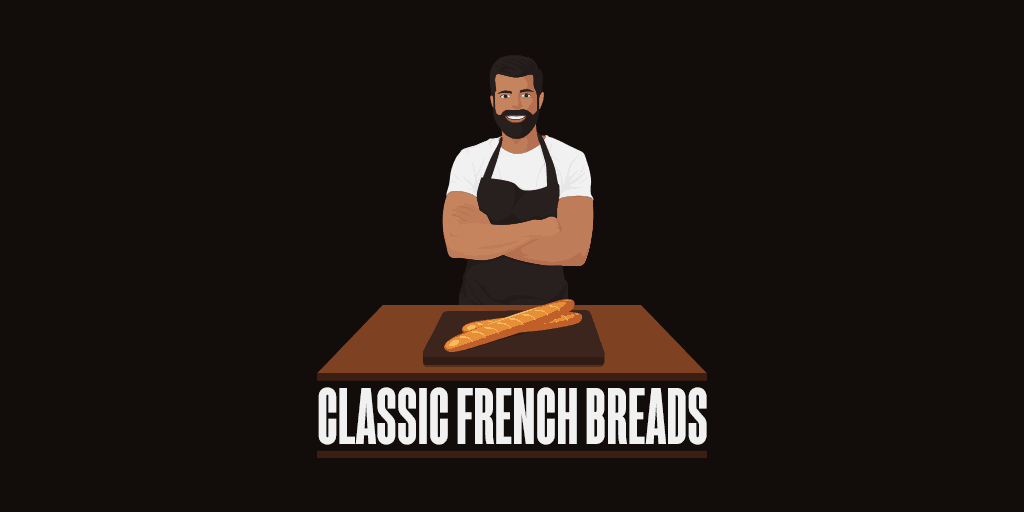 Bread is one of the first things that come to mind when you think about typical French food. Most French people eat bread every day and almost at every meal, from breakfast to apéro and dinner. Therefore, you will find bakeries everywhere across the country, including in tiny villages.

Your trip to France would not be complete without trying some delicious French bread from the local boulangerie!

Take note that not every single place that sells bread has the title of boulangerie. France takes this national symbol very seriously and, in 1993, set up a law to regulate the sale and fabrication of bread with the Décret Pain (Bread Decree).

In order to receive the title of boulangerie, bakeries must obey a set of rules:

Any place that doesn’t respect these regulations is merely a dépȏt de pain.

Each bakery offers dozens of types of breads of all sizes and shapes to choose from. Some of them are specific to the store you are visiting or the region you are in.

Some bakeries don’t hesitate to add spices, olives, bacon, dried herbs, or cheese for a unique twist. Others are classic choices that can be found in most boulangeries, no matter where you are.

Here are some of the most common ones: you can’t go wrong with any of these French breads we lined up for you! And remember: to find the best boulangerie, look for the longest waiting line outside. 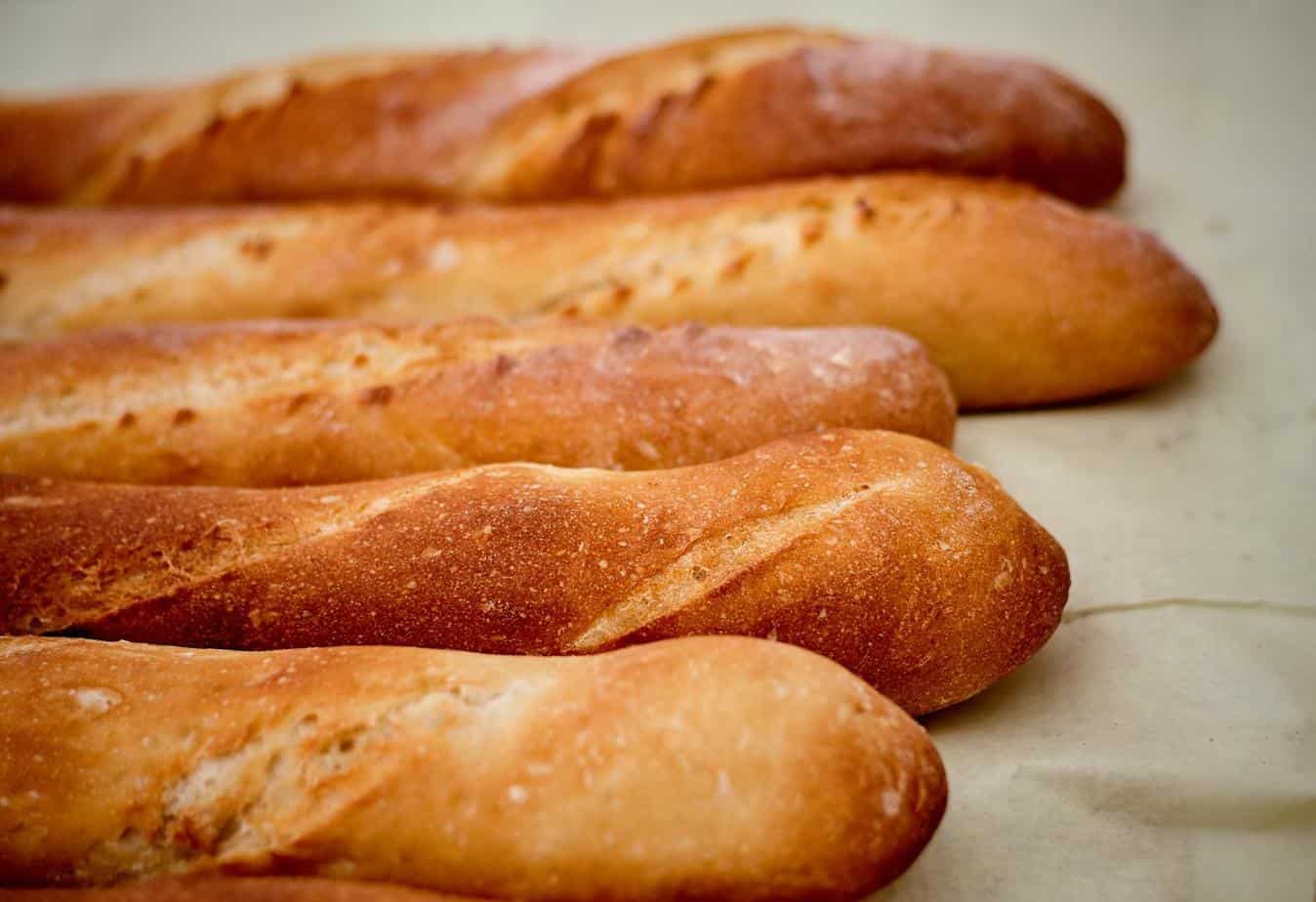 Photo by Sergio Arze on Unsplash

La baguette is the best-known French bread. It is about 65 to 70 cm long and weighs 250 grams. If you think it might be too much before it goes stale (usually within 24 hours), ask for a half loaf: une demi-baguette.

You can find it everywhere, from boulangeries to supermarkets. 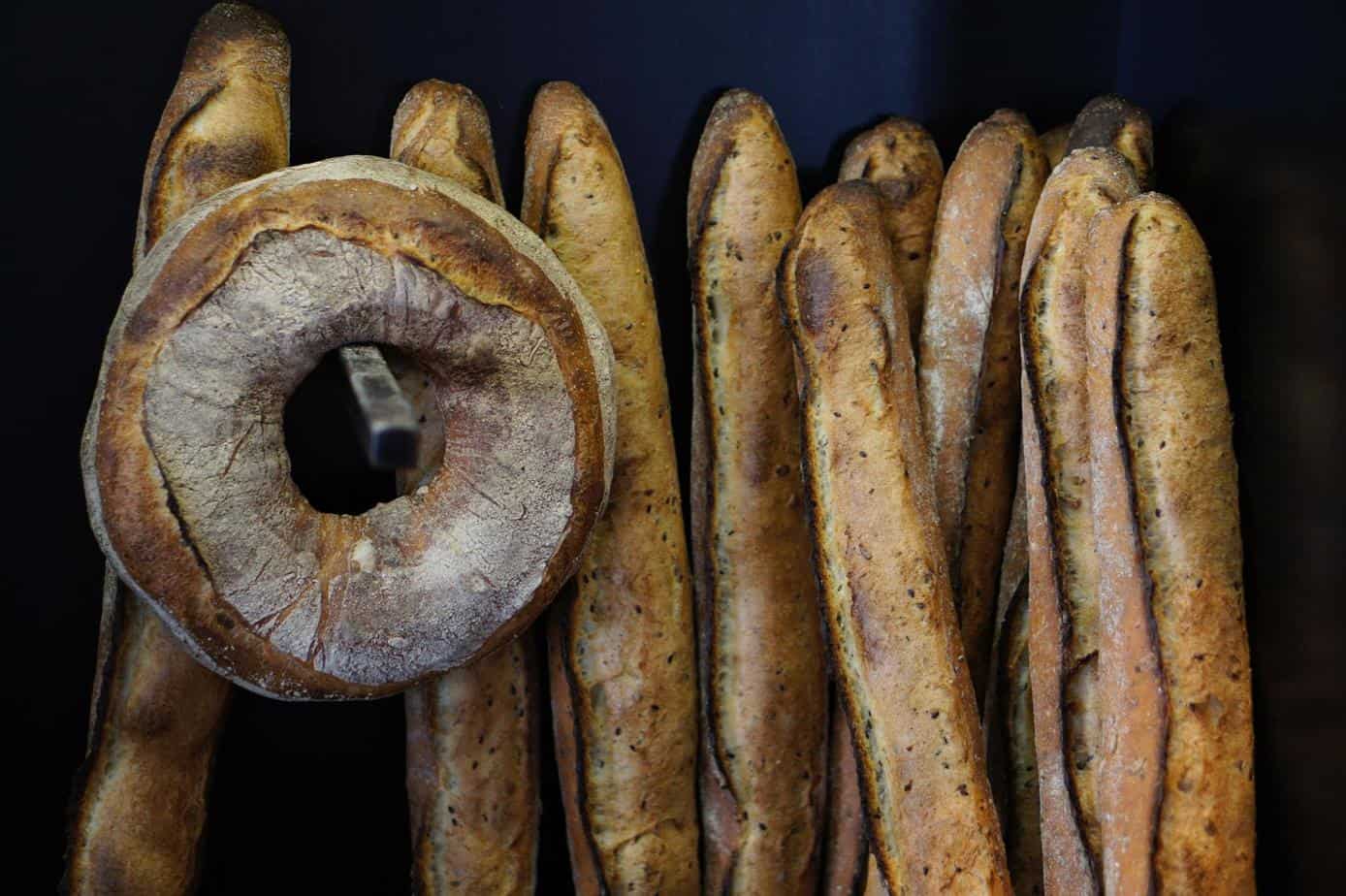 Photo by Filip Mishevski on Unsplash

It can only be made using four ingredients: flour, water, yeast, and some salt, according to the 1993 decree. 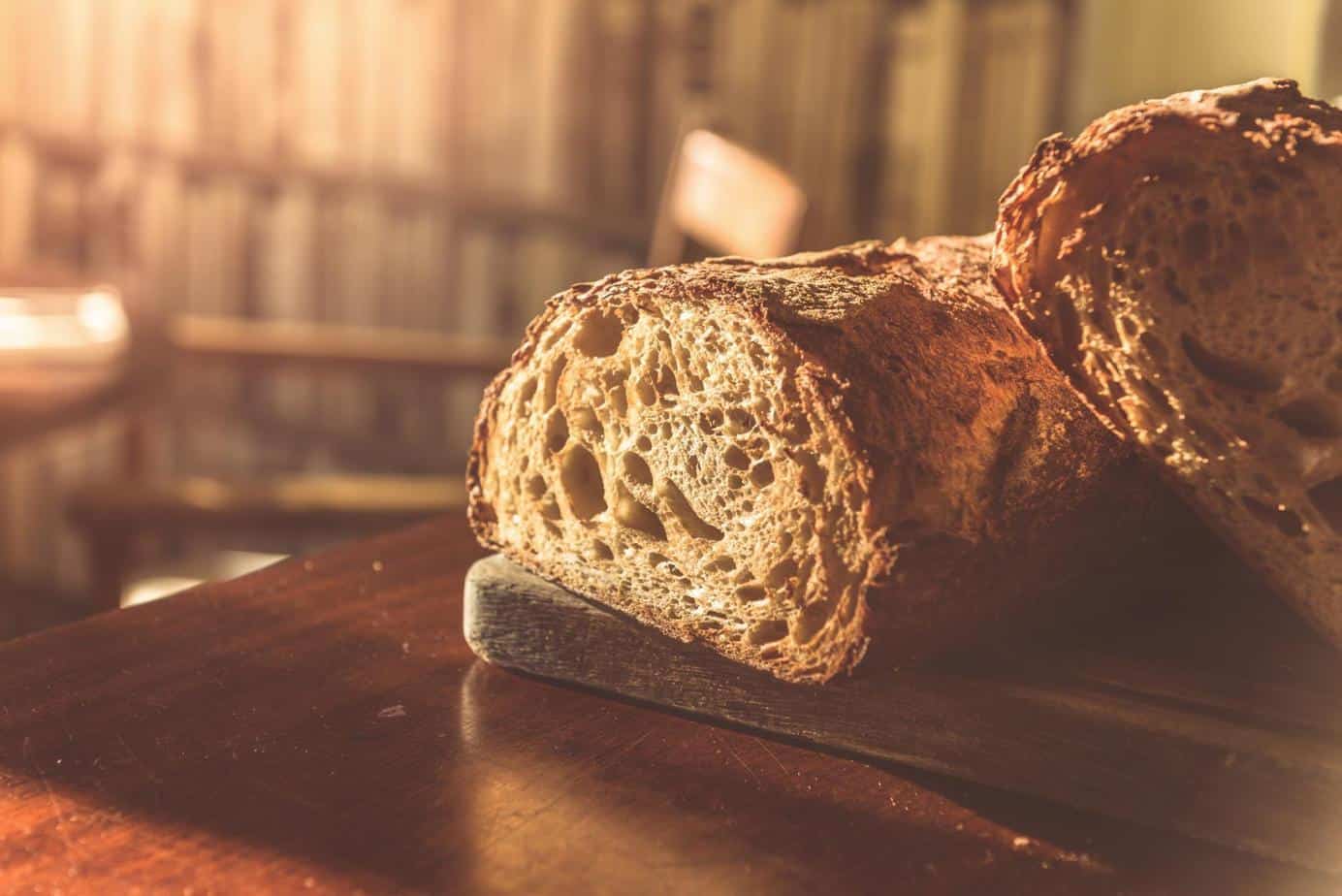 Photo by Jez Timms on Unsplash

Depending on the area you are visiting, une flûte is either twice as big (about 400 grams) or twice as small (about 100 grams) than the typical baguette. It can be confusing! 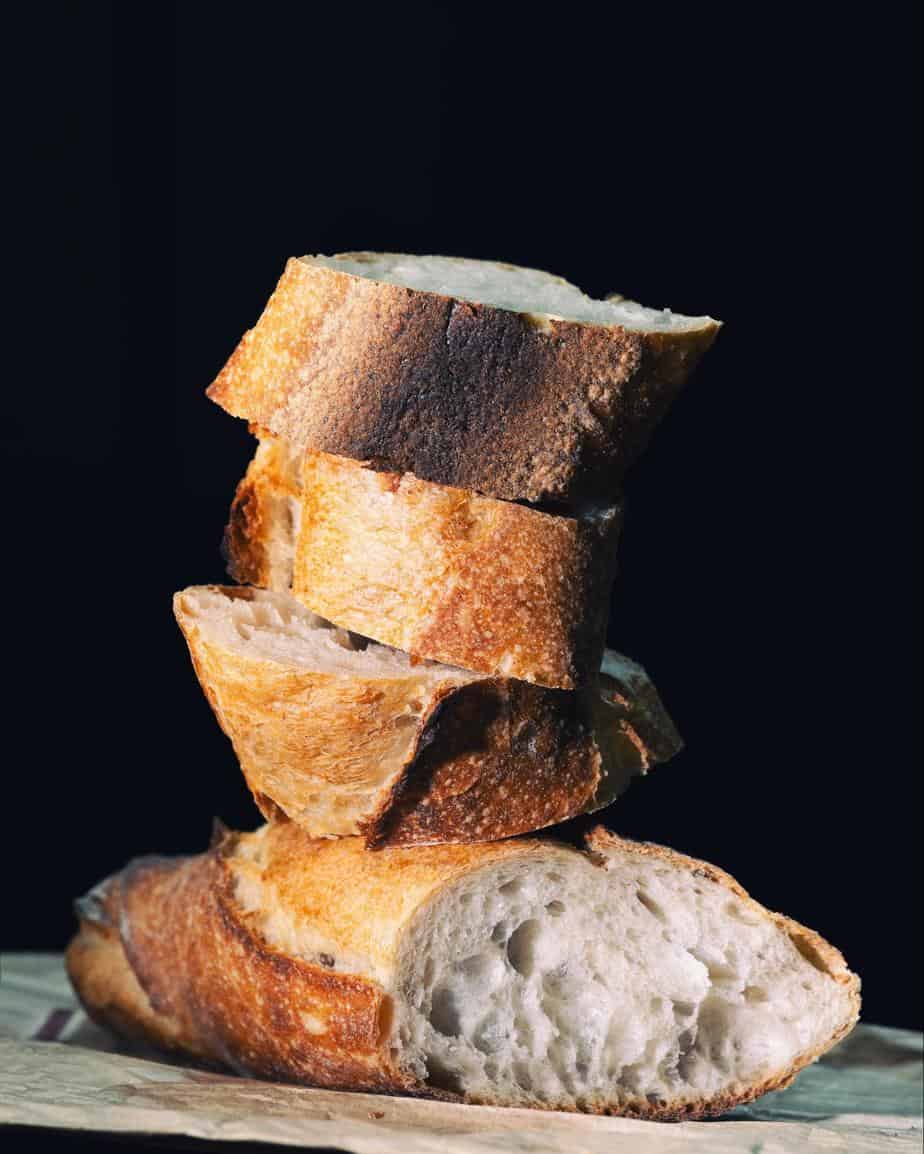 Photo by Rodolfo Marques on Unsplash

Une ficelle (which translates as a string) is a smaller, skinnier version of the baguette. It is an excellent choice if you like the crust or if you don't want to order a bigger bread. 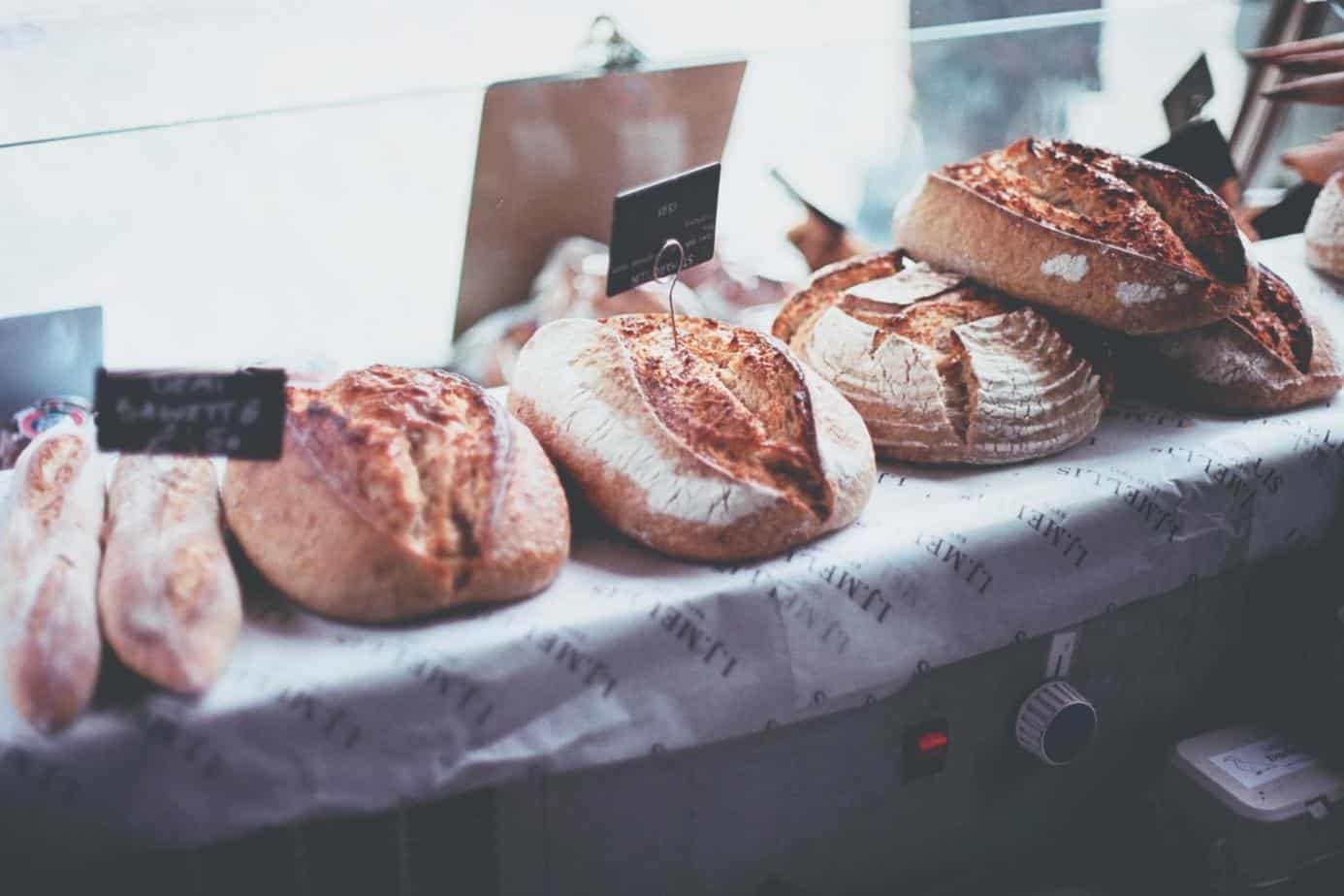 Photo by Florencia Viadana on Unsplash

The baguette did not become the typical French bread until the 1920s. Before that time, bread was shaped in a large, almost round loaf instead of the skinnier baguette you are familiar with. Therefore, it stayed fresh longer.

You can still buy that type of bread nowadays under the name of "country bread." Most boulangeries will slice it for you if you ask.

You can sometimes find it under a different name: un pain boule (a ball bread), which, incidentally, the word boulangerie comes from. It is sometimes made with natural leavening instead of commercial yeast, which gives it a taste similar to American sourdough bread. 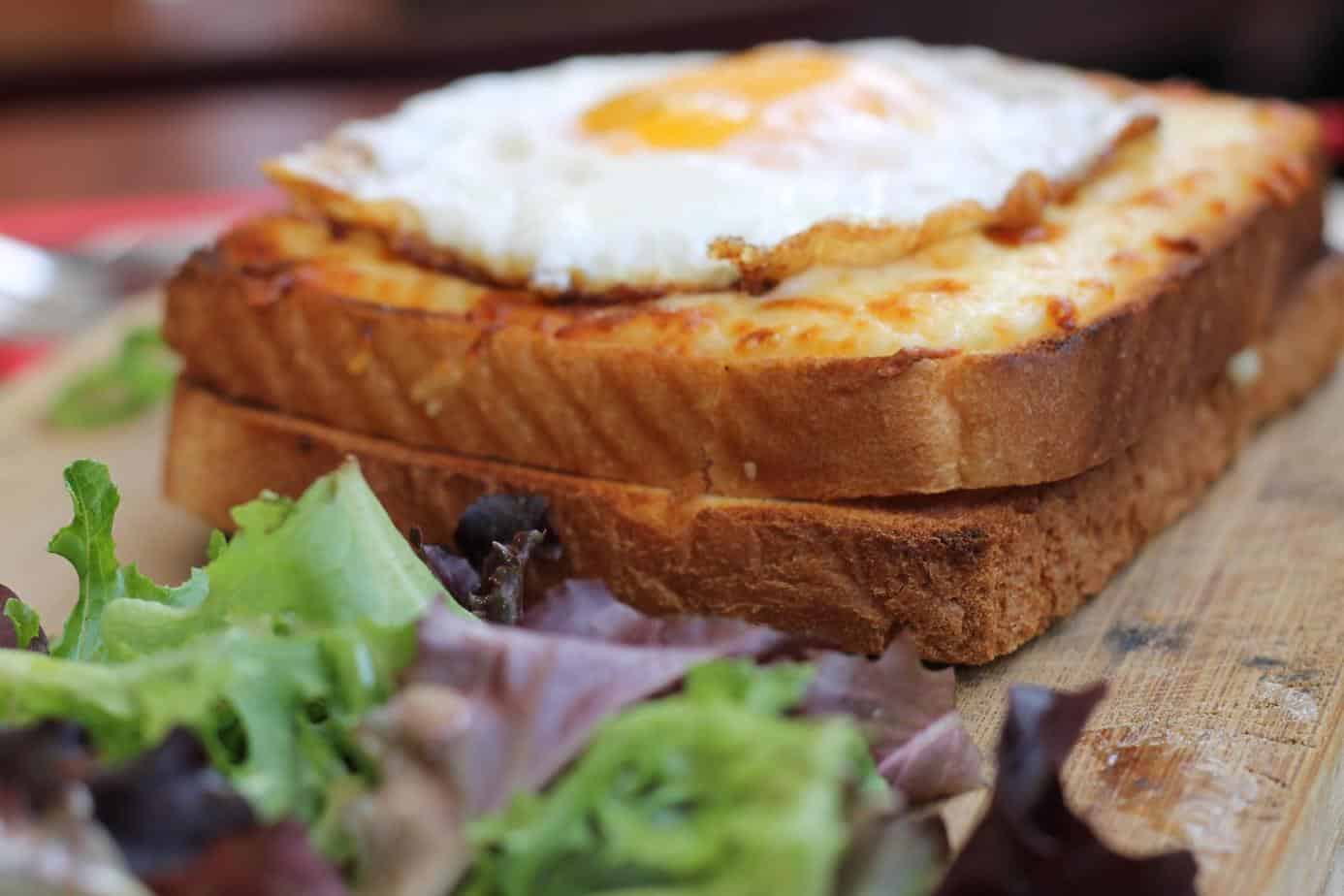 Photo by Jerome Heuze on Unsplash

Not a fan of the thick, crispy crust French bread is known for? You can ask for a pain de mie, which is similar to the sandwich bread you can find across the United States.

In France, it is usually only used to make toast or sandwiches. It is often sold sliced. 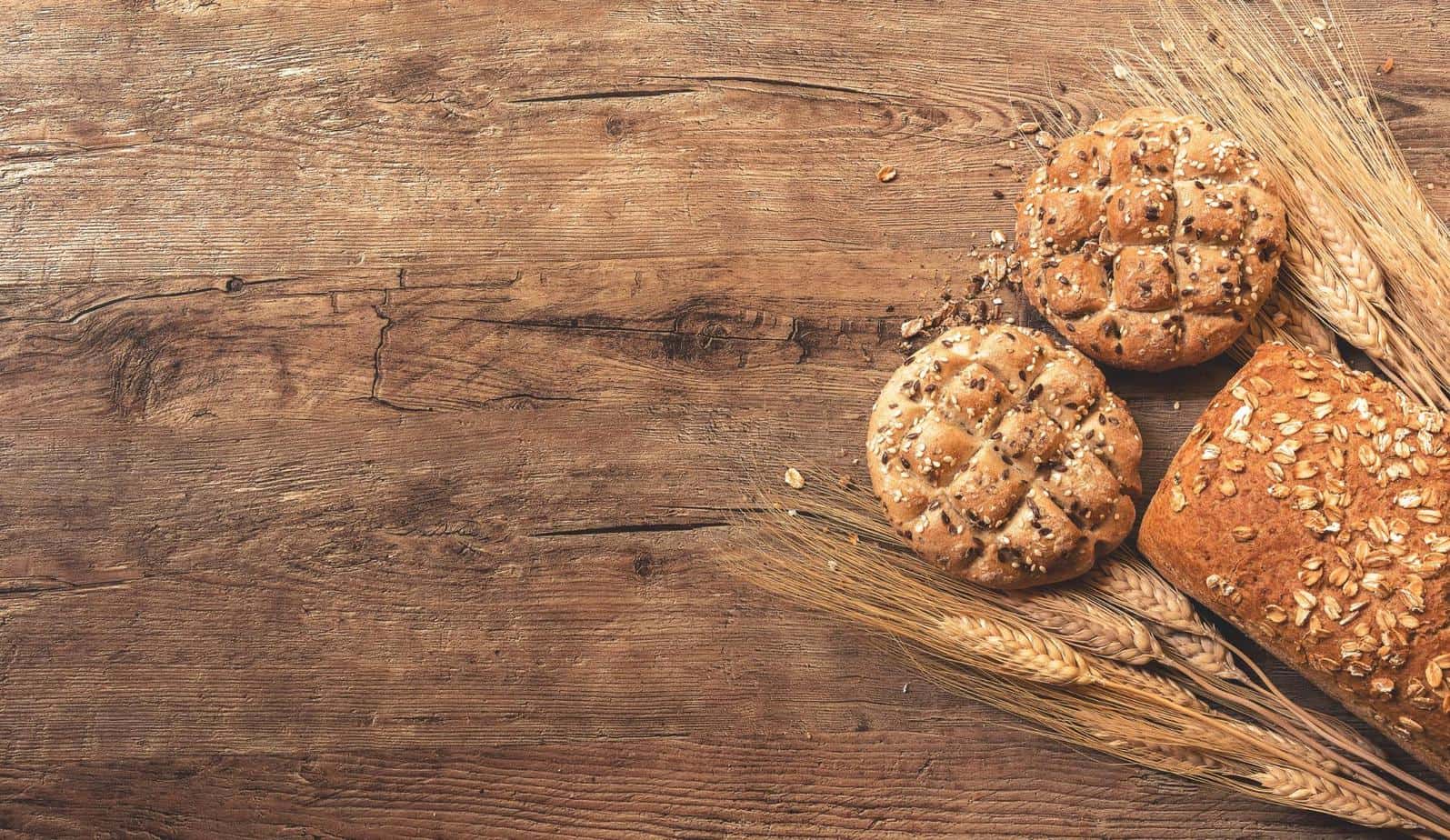 Photo by Ales Krivec on Unsplash

A cereal bread uses different types of flour besides the usual wheat. Each boulangerie has its own recipe, but it is often made using a blend of corn, barley, rye, oat, millet, and so on. 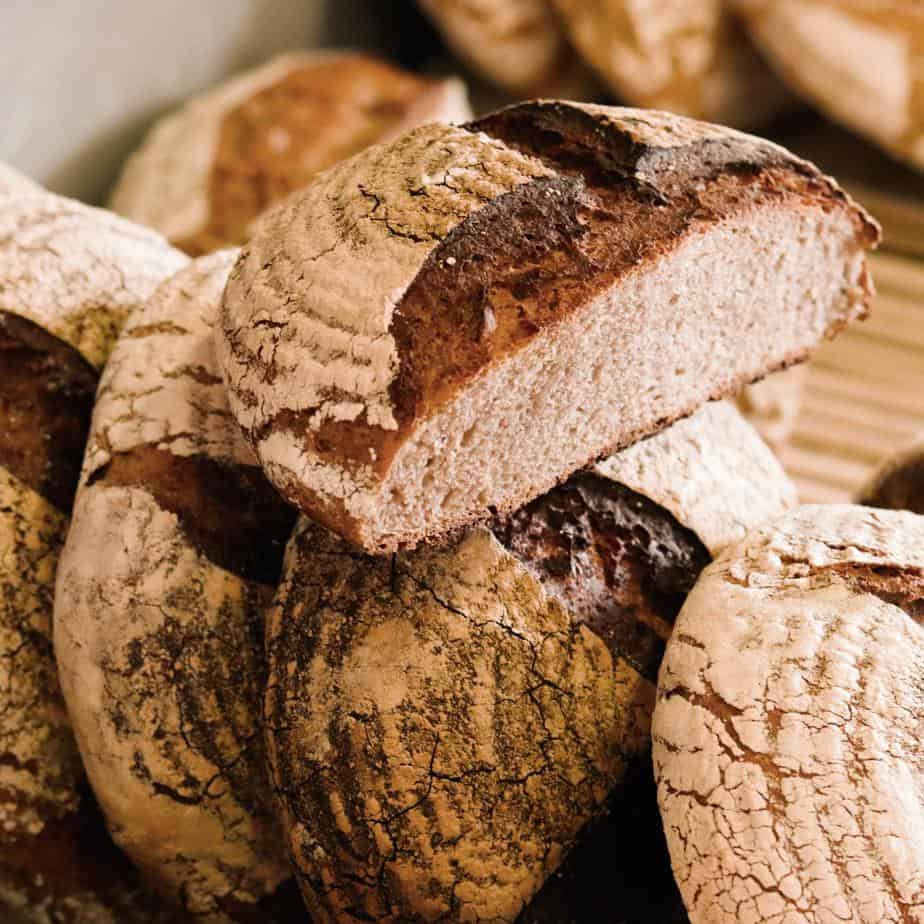 Photo by DDP on Unsplash

Wholemeal bread has the reputation of being healthier than regular, refined flour bread. It is often denser and darker than other types of bread. 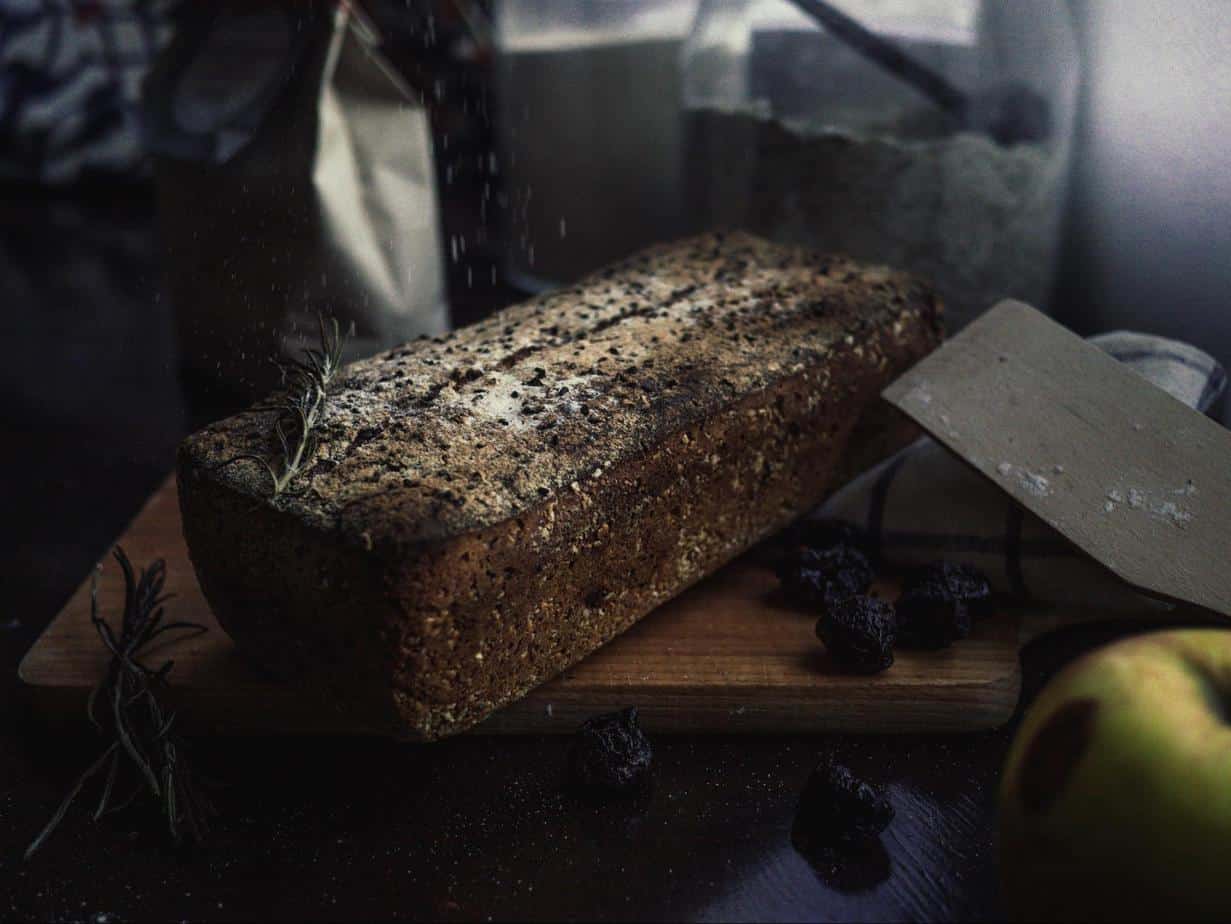 Photo by Patryk Pastewski on Unsplash

Rye bread is typically served with oysters. It is darker than regular bread and is made of rye and wheat flour. 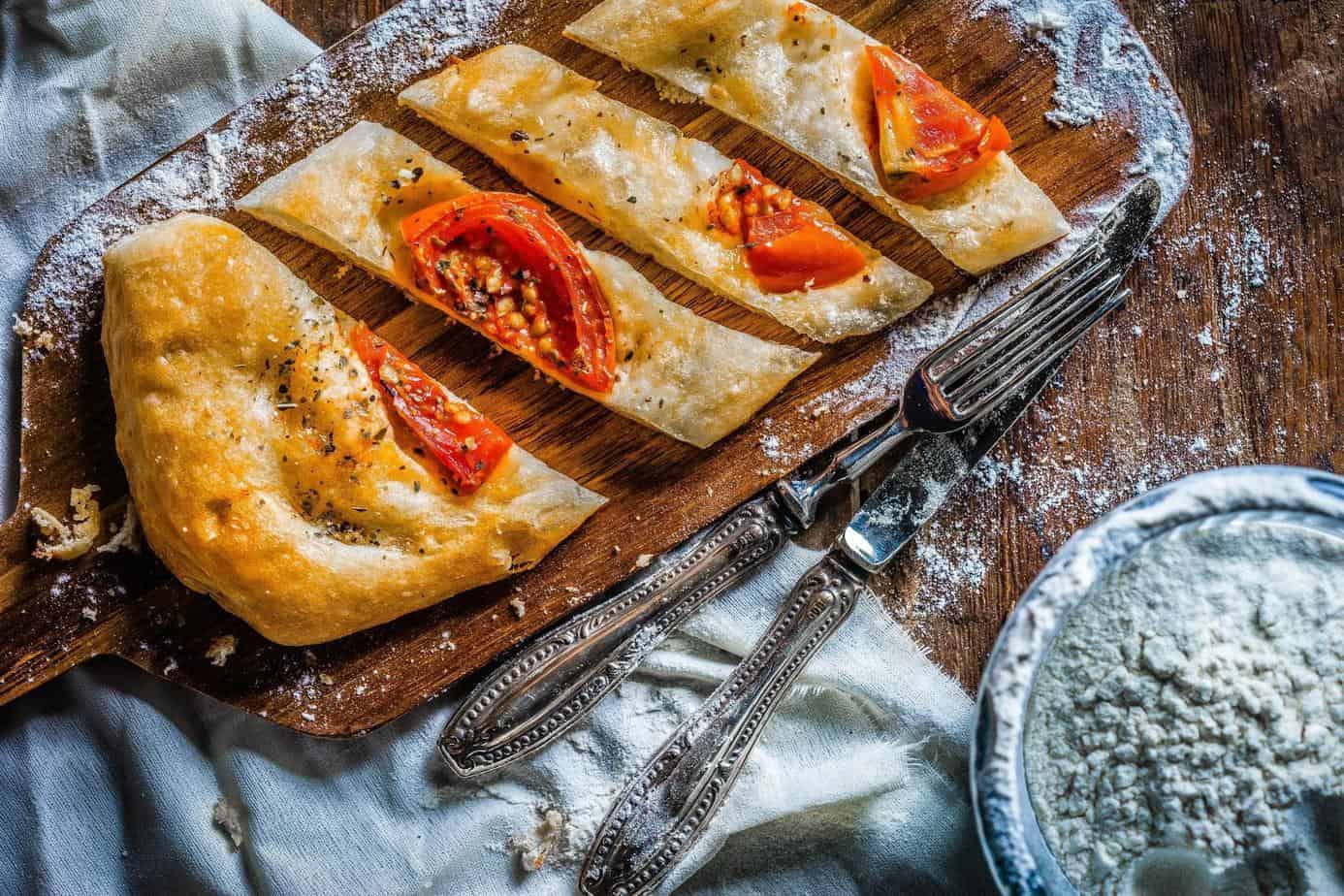 Photo by Miti on Unsplash

Originally from Provence, fougasses can now be found everywhere in France. It is not unlike Italian focaccia, with a thinner, lighter crust than French bread, and it is flatter than regular bread.

Many boulangeries shape it in beautiful, flower-like forms and add different ingredients to the dough like olive oil, olives, sun-dried tomatoes, etc.

What is your favorite French bread? Let us know in the comments!

Quiz: How Many of these French Dishes Do You Know?