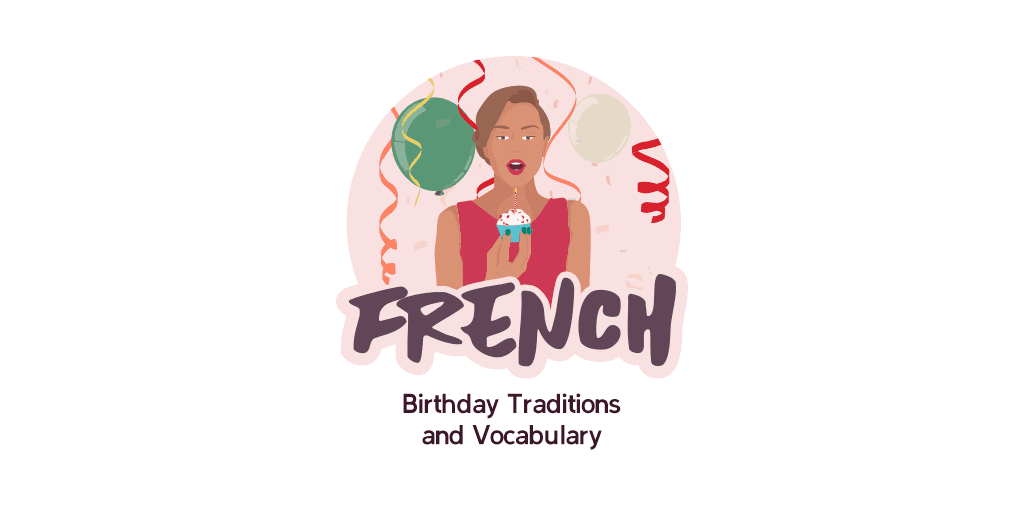 If you grew up in a western country like Europe or North America, you will be pleasantly surprised to know that French birthday traditions are not very different from the ones you are familiar with. A good French birthday celebration involves a party, some cake, blowing candles and presents. However, here are some small differences to keep in mind.

Quick Navigation
French Birthday Vocabulary
How to wish “happy birthday” in French?
Birthday Wishes in French
French Birthday Traditions
1. Birthday celebrations in France
2. What to bring for a present?
3. Birthday parties for children

Before heading to the party, make sure that you are heading to a birthday celebration, and not an anniversary: the French use the word anniversaire for both.

How to wish “happy birthday” in French?

Like many other countries, the French sing the same traditional birthday song you grew up with, with the translated lyrics:

However, some families sing a more extended, slightly more complicated version of the song, on the same tune:

Birthday traditions in France are for the most parts very familiar to the ones you may be used to.

Birthday parties in France usually include some form of sweet treat. However, French birthday cakes are often very different from the over-the-top, frosted confections that are common in North America.

Unless they are celebrating a milestone birthday, the French mostly stick with a simple cake which is usually homemade.

Although colorful frosting is starting to make an appearance in some urban areas, the French tend to decorate their cakes with fruits (fresh or candied), flowers, nuts, whipped cream, and confectioner’s sugar. Common birthday cakes include: 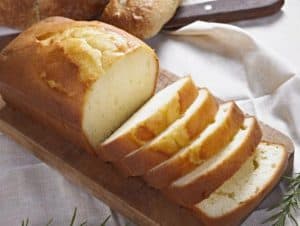 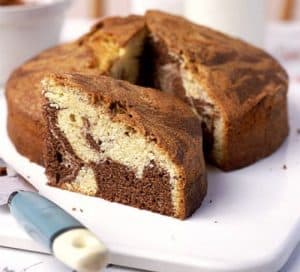 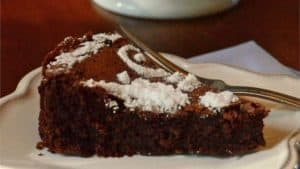 Some French families use a fruit tart (tarte aux fruits) instead of a cake. Although ordering cake from a pȃtisserie is not unheard off, it is usually reserved for special celebrations, like a milestone birthday.

Like in most Western countries, the cake is usually brought up at the height of the birthday celebrations while the guests sing “Joyeux anniversaire” and the birthday boy or girl blows the candles after making a wish.

2. What to bring for a present?

Although you are expected to bring a present at birthday parties, it does not have to break the bank, especially if you don’t know the birthday celebrant very well. Birthday cards are always welcome.

For children, pick an age-appropriate toy or book.

For adults, if you are not familiar with the birthday boy or girl’s tastes, there are some safe bets that will make your French friend very happy while avoiding the embarrassment of a faux-pas:

Sundays are often reserved for family activities and birthday parties are seldom held on that day.

Although adults are sometimes served a whole meal, birthday parties for children usually involve a lighter fare, with the cake being the highlight of the party.

Parties are usually more straightforward affairs than the ones that can be found in the United States. Décor is typically limited to a few balloons and cardboard decorations.

People don't always hire outside entertainment like a magician or a princess, but games are sometimes organized to keep the children busy. If your child is expected to dress up, the invitation will say so.

Parents are not expected to stay except for very young children, so assume that you will be dropping your children off and picking them up at the end of the party. It's always a good idea to leave your phone number to the host in case there are any issues.

Most birthday parties take place at home instead of hired venues.

Have you ever attended a birthday party in France? Was there anything that surprised you? Let us know in the comments!

For more insights into French culture, subscribe to the weekly Talk in French newsletter by signing up below!