French Future Tense – Le Futur: Everything You Need to Know 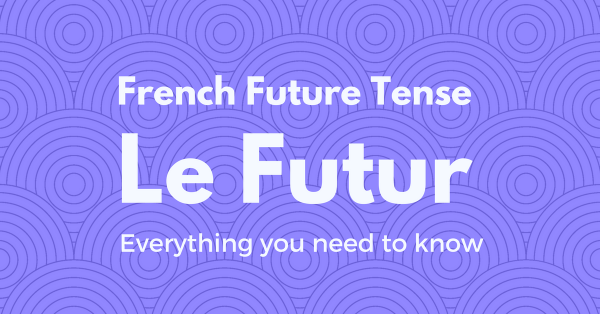 Conjugating verbs can be one of the most difficult topics to learn. But before you start to shudder or crawl under your bed in fear of what’s going to happen next, let me assure you that this topic is written as simply as possible for the convenience of newbie French learners.

Besides, French future tense is not  too complicated to learn. Good news, no?

Since we’ll be talking about the Future tense, let us first define what it is.

What will you be doing then?

I’ll be running at the park.

He will be asking her out on a date.

I am going to eat a sandwich.

He is going to attend the meeting.

USING THE FUTURE TENSE IN FRENCH

Here are some things to remember about the future tense when speaking in French:

Rules on How to Form the Future Tense

Some examples: donner (to give), finir (to finish), and attendre (to wait)

[symple_box color=”yellow” text_align=”left” width=”100%” float=”none”]
Quick tip: je is shortened to j’ when preceding a word that begins with a vowel, h, or the French word y.
[/symple_box]

To make our discussion easier, we will further divide the rules into 3:

Rules for regular verbs with -er and -ir endings

The simplest of the verbs, all you have to do is use the infinitive form and add the correct ending. Examples are such as the ones used above for donner and finir.

Some changes in spelling for the future stem of regular -er verbs:

Rules for regular verbs with -re endings

For these kinds of verbs, the formula is simple: remove the last letter e, and add the appropriate ending. An example is the word attendre used in the examples on the table above.

Just like always, there are sets of words which simply refuse to follow the rules. These irregular verbs are, of course, also present in the French future tense.

There are around more than twenty verbs with irregular future stems. But don’t worry because no matter how irregular these verbs are, they still make use of the same endings.

Here are some examples:

Before we end this topic, here is a quick review of what we have just learned:

Feel free to come back to this page as often as you like in order to familiarize yourself with the rules. For other lessons on learning French, you can also check out the other articles in this website.