How to Say I Miss You in French

Is there someone who you miss right now? Whether there is an ocean separating you, or simply a few roads, here you will find how to say “I miss you” in French to that person. 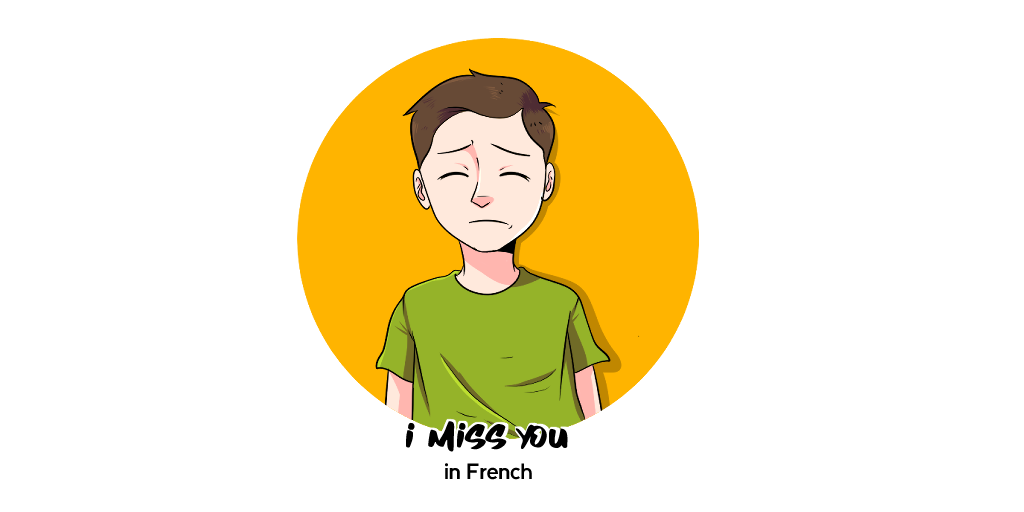 About the Verb Manquer – to miss

Learning to say “I miss you” in French is rather difficult due to the formation of the verb (manquer) that is in use. However, once you have an understanding of how the sentence is formed, it is fairly easy to learn and use the phrase in your conversations.

The verb that is primarily used when saying “I miss you” in French is manquer which means “to miss.” It comes from the Italian word mancare meaning “to be lacking something.” Knowing this etymology, or origin of the word, may help you to understand why the sentence is formed the way that it is.

Tu Me Manques – “I Miss You” in French

The most common way to say “I miss you” in French is to say “tu me manques,” which may seem very strange to those learning the language as a second language. This is because the sentence begins with the person you are talking about instead of yourself.

Tu me manques literally translates to “You are missing from me,” which explains why the French version begins with the subject “tu.” It is thought to be a rather romantic way in which to say “I miss you,” as it implies that the person you are missing is essential to you.

The reason that the most common way to say “I miss you” in French uses the informal version of you (tu) is because the phrase is usually used when speaking to a loved one. However, it is not unheard of for people to say “vous me manquez” which means the same thing, simply using the more formal subject pronoun.

How to Change to “We Miss You” in French

Are there more people missing this person than just you? Or are you trying to sound as though it isn’t just you missing the person in question because you aren’t at that level of your relationship?

If that is the case, there is a quick way to change the phrase tu me manques so that the reflexive pronoun is referencing multiple people instead of just you.

If you want to say, “we miss you” in French, all you need to do is swap “me” with “nous”. Nothing else will change. So, the phrase that you will be using will be “tu nous manques.” In other words, “you are missed by us.”

This is one of the few times when you don’t need to change the verb, as when telling someone that you miss them, the verb “manquer” is conjugated using the subject pronoun. This means that since the subject pronoun is still “you” or “tu,” the verb won’t change.

Other Ways to Say “I Miss You” in French

There are several different ways for you to convey the same sentiment as “I miss you” when speaking in French. For example, you could expand upon the phrase “tu me manques”:

Or you could take the sentiment and use phrases which don’t involve the verb manquer:

How to Say “I Miss You Too” in French

Now while the response to “I miss you” in English is simply “I miss you too” so you just add one word, the French response is slightly different. So, if you are wanting to be able to reply to someone as well as actually telling them that you miss them you will want to learn this phrase as well.

If someone tells you, “I miss you too” in French, you can reply, “Toi aussi, tu me manques,” which means, “You are missing from me also.”

As you can see, the “moi aussi” that is used to say “me too” can also become “toi aussi,” which means “you also.” It is important to remember that the subject of this response is still “you” instead of “me.”

When learning how to say “I miss you” in French, it is important that you understand how to use reflexive verbs such as manquer.

As manquer is a regular verb ending in “-er,” you may want to look at our article on conjugating “-er” verbs here, so that you are confident when conjugating the verb manquer depending on which version of “you” (tu or vous) that you want to use. Or perhaps you want to use the phrase “You miss us, really,” which is translated to “Nous vous manquons vraiment.”

If the reason that you are wanting to learn how to say “I miss you” is because you are currently in a long distance relationship, you may want to take a look at a few of our other articles. Check out our article on French dating etiquette, or look up some romantic phrases that could come in handy with your significant other.

Overall, once you understand how to use manquer to say “I miss you,” the other phrases should come easily. This is because most of the ways that you can say “I miss you” involve the phrase “Tu me manques.”