Oh, French idioms. They can be such a bummer at times. Just when you think you already got the hang of a foreign language, idioms rear their crazy little heads and go: nah-uh! Not so fast!

Imagine overhearing a French conversation that translates into something along the lines of: to arrive like a hair in the soup or to have an ass full of noodles. Just how on earth are you going to make sense of that? But yes, that’s French idioms for you!

Idioms can totally put a damper on any language learning, but they’re also fun to learn and can give you a quick peek at the culture and humour behind the language. 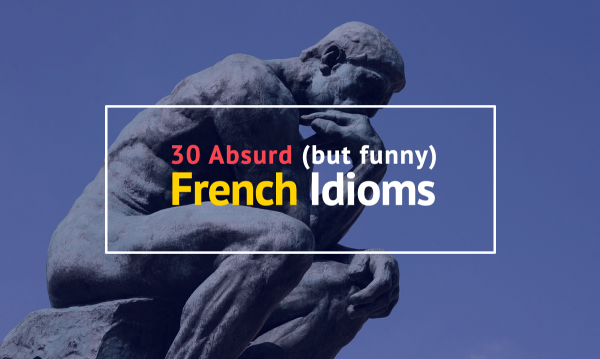 The French particularly have its own set of funny idioms that range in level of absurdity from mildly chuckle-worthy to off-the-charts weird. Chalk it up to the French people’s humour and clever play of words and brace yourself to learn them for future use, or simply for entertainment purposes. You can also start up a conversation with these funny French phrases!

In this article, you’ll find 30 fun French idioms that range from the quirky to the downright ludicrous, arranged according to level of absurdity. And, there’s a little recap quiz in the end to test your memory on these funny French phrases!

Ready to read some French idioms? Here we go!

When translated, this means “pulled by the hair”, but what it really means is that something is “far-fetched”. Kinda far-fetched, don’t you think? Not when you imagine someone pulling ideas out of their hair. Pretty certain that won’t turn out to be good ideas, too.

This idiom literally translates to “having a spider on the ceiling”. But its meaning is far more difficult to guess. Would you believe that this is actually similar to the American expression, 'you have a screw loose' or you’re kind of not right in the head? What the spider’s got to do with it, no one really knows for sure.

When some French-speaking dude tells you a story about how he “dribbled hat circles”, don’t take it literally. What he meant is that his eyes nearly popped out of his head in shock or because he’s having a real bad time. Poor guy.

While the literal translation of this idiom is to be “like a chicken who has found a knife”, what it really means is to be at a complete loss. Because, of course, a chicken wouldn’t know what to do with a knife, right? Unless it’s a mutant psycho chicken?

Now that I think about it, these two china dogs probably really do hate each other’s guts. I mean, look at that smirk and that cold “I’m not talking to you” glare. Mean, petty dogs. Tsk. Bad doggy. 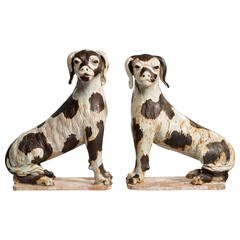 Now this expression is straightforward enough and quite similar to “smoke like a chimney”. It can be literally translated as "to smoke like a fireman", but just means that someone smokes too damn much.

A small person can be described by the French as haut comme trois pommes which translates to being as tall as three apples. 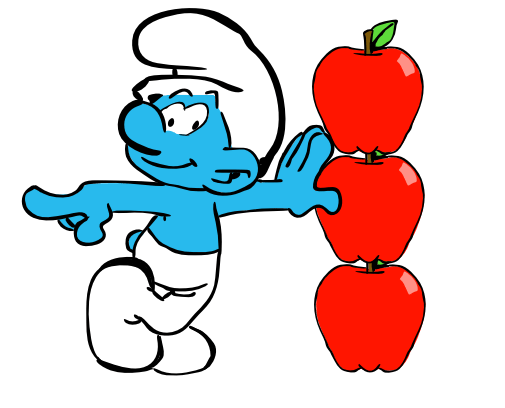 When the French are trying to tell you that they are stunned, the words can be directly translated as "my arms are falling". No need to panic and call an ambulance when this happens, okay? It’s just an idiom laced with good old melodrama.

It’s a bit of an insult, this one. Someone who’s a little dumb can be referred to by the French as one “who have not invented gunpowder".

It means “wet chicken” literally, but the real meaning is “coward”. What is it with chickens and cowards, anyway??

That was just for starters. Ready to take it to the next level?

We start off the second part of the list with this expression which literally means “to have saucepans hung on the ass”. It means to be haunted by a scandal which, come to think of it, sort of makes sense considering that a scandal could be likened to noisily clattering down the hall and banging saucepans as you walk. A terribly awful situation indeed.

When the French tell you that you’ve got an ass full of noodles, don’t take it as an offense. It only means that you are one lucky dude. Just don’t ask me what the noodles have got to do with it.

While the direct translation, “it doesn’t break three legs to a duck” has a bit of weird flavor to it, rest assured that this idiom means no harm to any duck. Considering that a duck only has two legs, among other things, this is actually similar to the English expression “it has nothing to write home about”. Meaning, there’s nothing spectacular about a particular thing.

The literal meaning says, “it's no reason for whipping a cat", and again, no need to worry as no cats are harmed in the making of this idiom. What it means is that it is nothing to make a fuss about. Really.

A bit like the American expression of surprise or amazement, “holy cow!” except this cow’s not holy. Literally, it  means "the cow!” 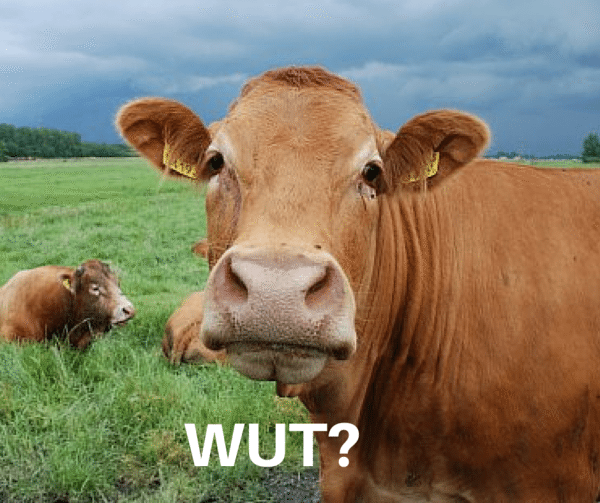 Literally, it says: "Not to go there with the back of the spoon”. If you’re trying to figure out what this means, stop.  It’s a bit difficult to guess, but what it means is that there is no half-measures with a certain person. Like, he/she is an all or nothing type.

Yet another animal-related idiom, but this means to evade an issue. But the literal meaning? "To drown the fish". How to do that? Beats me.

It means to babble or to yammer but the direct translation states “to speak wrongly and crosswise". Yeah. Crosswise talking. Whatever that is.

The exact meaning is "to take someone between four eyes" but the logical meaning is to have an argument with someone.

This idiom is actually dark and poetic. It literally means “to eat / suck the dandelions by the root”, but the real meaning is to be dead. Kind of paints a morbid yet poignant picture, doesn’t it?

You’ve just made it through the second level. Care to proceed to the last and final list of idioms? We now go to:

We have come across idioms about cats, chickens, ducks. Now it’s time for the dogs. But wait, it’s not for the weak of heart! This idiom literally translates to: bring me something to drink or I kill the dog! It’s, like, the extreme level of command. So when you hear it, just do as the man says and be quick about it!

A strand of hair in your soup is probably the last thing you need. So this idiom which literally means "to arrive like a hair in the soup" is all about completely irrelevant remark in a conversation. Yeah, sucks to be a hair in a  soup.

When you hear someone say in French that they’re not bitten by cockchafers, it means some’re doing great / something is great. Cockchafers or May Beetles are awful pests, so not being bitten by one is a great thing, right? So there you go.

There are lots of useful things to do with your time, and it certainly does not involve combing a giraffe. So when you hear this, it means “to do something useless”. No offense to giraffes!

Chickens do not have teeth and will never have them, in the same manner that pigs cannot fly. This idiom which literally says, "when chickens will have teeth" means NEVER.

So you get out of the house wearing crumpled, un-ironed clothes, and someone casually remarks in French something along the lines of "to come from a cow's mouth". Before you conjure weird ideas about things that come out of a cow’s mouth which seem like a really gross thing to think about -- relax. He only meant your clothing is crumpled and you should probably do something about it.

This idiom is a little bit quirky and nerdy in a somewhat romantic way. The literal translation says "to have hooked atoms with someone" which means to have a lot in common with another person. Like, being in the same wavelength and to totally “get” someone. Nice.

The literal translation: "a little bit, my nephew!" While it may be weird to hear someone address you as their nephew, do not fret. It’s only a fancy way of saying, “of course!”

And so you got through 30 ridiculously fun French idioms. BUT WAIT THERE’S MORE! I have prepared just one more idiom. But here’s a disclaimer of sorts, it’s a little NSFW so proceed at your own risk.

This expression is a creative way of saying that you had to do something with very few tools. The literal meaning? "with my dick and my knife". If you have to survive a situation with only those couple of tools, you must be one heck of an ingeniously resourceful chap. So, kudos to you!

French idioms can be weird, funny, imaginative, and inventive.

If you’d like to know more of these French idioms and expressions, sign up to my weekly newsletter. You’ll learn about French expressions, and so much more.

PLUS --  for an entire year of French expressions arranged in daily, easy-to-digest bites, check out my e-book 365 days of French Expressions (with audiobook) in the box below: