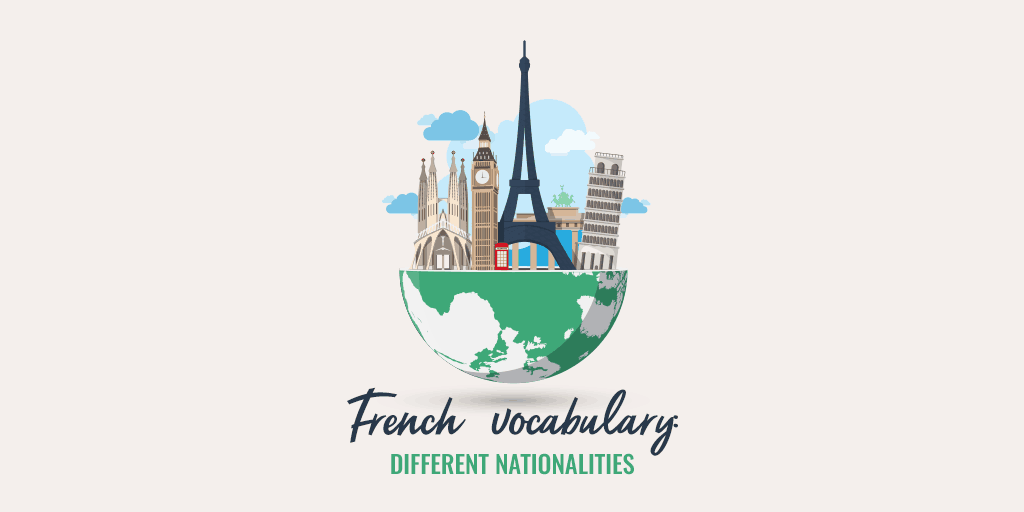 Today we’ll go through French vocabulary related to countries and nationalities. This article will help you properly introduce yourself and talk about nationalities and countries in French.

Here are some other things to consider when talking about continents, countries, and nationalities in the French language.

With these in mind, here is a table for the continents and their nationalities:

While some people argue that there are only five or six continents, getting all seven is easier for learning. What’s also worth noting is Antarctica doesn’t have a specific nationality associated with them.

If you ever need to refer to those living in Antarctica you can always say “les gens qui vivent en antarctique” (people who live in Antarctica.)

In other instances, conversations can go much like this:

Hi Mari, how is your vacation going? Where did you go?”

Hi John! I went to Australia. The Australians here are very kind.

This list by no means cover all but we tried to include the more popular countries and their nationalities. With this in mind, remember that whatever nationalities you hear outside of this list have the same rules applied to them as I mentioned above.

Hello Elizabeth, great to meet you. I’m from Germany, where are you from?

Hi Johann, it’s nice to meet you too. I came from Mexico. What brought you here to study in Spain?

Nationalities and countries are bound to come up sometime during conversations. Make sure you’re equipped with the right words to say it.

Where are you from and how would you introduce yourself and your nationality? Share with us in the comments below!

About the Author Eric Burdon

Previous Post French Pick-up Lines that May or May Not Work But are Worth a Try Next Post French Vocabulary: Names of Diseases and Ailments in French