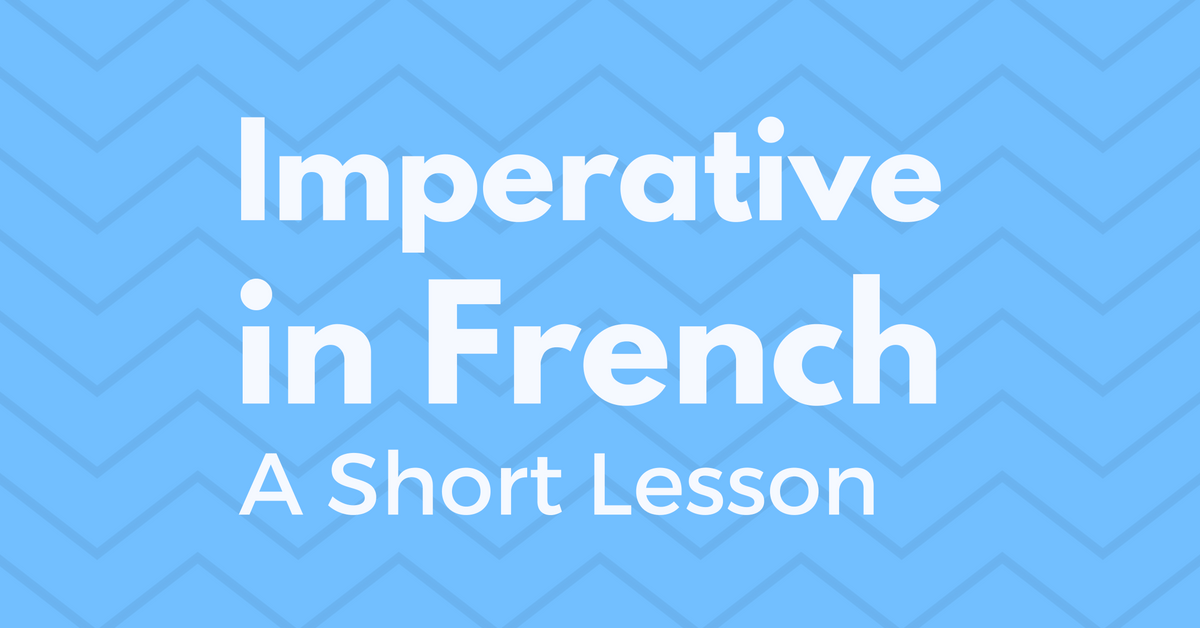 Imagine a world where there are no commands or orders being issued. Well yeah, that’s right, you can’t. Whether you’re the one giving the orders or being given the orders, these things are all inexplicably intertwined with human nature and everyday living.

“work on this project”

“turn off the lights”

… and so many things in between.

Other uses of the imperative are:

THINGS TO REMEMBER WHEN USING THE IMPERATIVE

Note: In the tu form of -er verbs, the last -s is dropped (i.e. donne instead of donnes). But when tu is followed by en or y, the -s remains to make it easier to pronounce. (example: Vas-y! Which means  “Go on!” or Donnes-en à ton frère which means “Give some to your brother.”)

Example for -re verbs: attendre

Quick tip: object pronouns are words such as la (her/it), me or moi (me), and leur (them). These often appear in the object part of the sentence, but in the case of the imperative, these are the pronouns being used.

FOR AFFIRMATIVE COMMANDS, THE OBJECT PRONOUNS COME AFTER THE VERB.

The verb and the pronoun are then linked together with a hyphen.

FOR NEGATIVE COMMANDS, THE OBJECT PRONOUNS COME BEFORE THE VERB.

Ne… pas is used in this case.

A QUICK WRAP UP OF THE TOPIC

Learn More about the French Imperative:

French Verb Conjugation Quiz: How Many Can You Answer Correctly?