The Different Accents Between Regions in France

If you have ever traveled in France outside of Paris or watched a movie set in province, you might have noticed that a lot of French speakers do not quite sound like what you are used to.

France is home to dozens of different regional accents, each linked to the culture and history of the area they originate from.

Here is everything you have ever wanted to know about French regional accents! 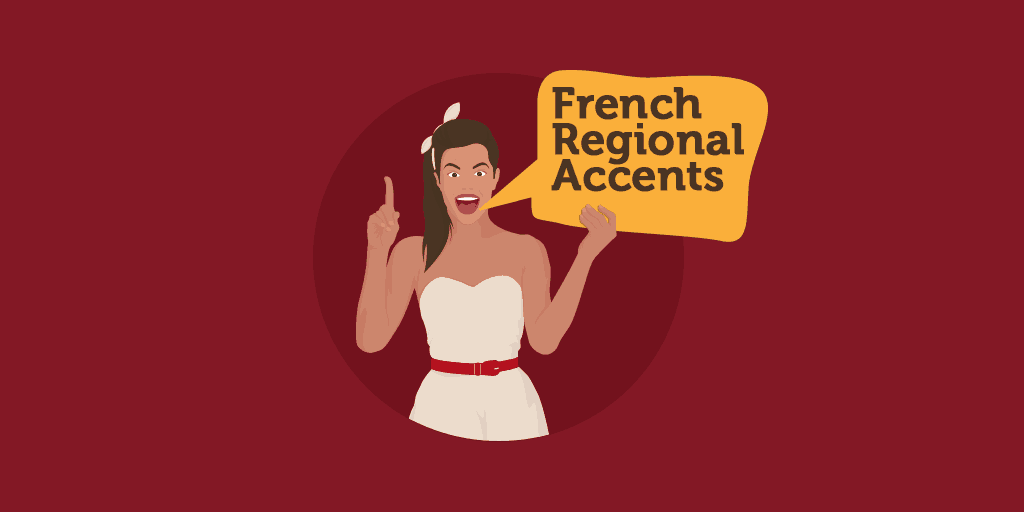 Today we will learn about the different French accents!

A. A crash course in French linguistics

France might be proud of its unity now, but it has not always been the case.

Like many other European countries, France was once made up of different smaller regional entities, governed by powerful lords, with their own history and culture.

The kingdom of France in the north of the country felt very far away in a time where the average person would likely not go much further beyond the borders of his or her village during his or her lifetime.

Each region had its own language.

Those languages could roughly be divided into two groups, named after their translation of the word “yes”.

The “Oc” languages were spoken in the south of the country, under a line going roughly from Bordeaux to Grenoble.

Although those provinces were governed by different rulers, the area was relatively unified on a linguistic level thanks to the medieval traveling troubadours, most of them using Oc languages.

By transporting arts and songs while roaming the south of the country as they were lavishly received from one court to the next, they promoted a common culture as well as a common language.

The “Oïl” languages were spoken in the north and are considered the ancestors of modern French. As Paris (an Oïl city) slowly established itself as the cultural as well as political capital of the country, French as we know it spread through the rest of the nation, starting with the elites.

However, some languages spoken in France did not belong to either group and were issued from a strong foreign influence as the borders shifted back and forth:

Other languages reflect the different ethnic origins of their speakers:

B. How France started to speak French

French did not become the dominant one overnight.

Its standardization started around the sixteenth century and officially replaced Latin as the language of law and administration in 1549.

As education became more accessible, more and more people started to speak French in addition to their native regional dialect.

In the 1880s that the government really started to impose French as the one and only language on its territory.

Primary education became compulsory and speaking any other language besides French was banned in school. Slowly, rural populations went from monolingual regional dialect to monolingual French.

The movement accelerated with the first World War as young men found it to be the one common language with fellow soldiers from different regions.

By the 1950s, regional languages had virtually disappeared but the regional accents they were associated to remain strong.

In more recent years, regional languages have made a comeback.

Many high schools offer classes in the regional dialect, you can find publications and radio shows promoting them, and they are recognized as culturally significant.

By extension, many people take pride in their regional accent and how it marks them to outsiders as associated with one French region or another, its culture and its history.

However, other people’s perception of regional accents is a more complicated matter. For some, it is seen as exotic and sexy (Southern accents are particularly popular).

But regional accents are often mocked, imitated and generally discarded as uneducated and small-townish.

Linguistic discrimination is alive and well: in October 2018, politician Jean-Luc Melenchon was called on national television for belittling a journalist with a southern accent.

French accent has been normalized in the media and on television for the most part (sports comments, especially rugby, are the exception) and most public speakers, such as teachers or politicians often work on erasing any leftovers from their native regional accents.

However, you will still encounter them frequently if you travel around France.

2. How to recognize French regional accents?

There are dozens of regional accents, each with their own particularities.

However, most of them can be classified under six larger groups.

Check out this video for starters:

A. The Southern accent

The Southern French accent can be heard in the southeast of France, in areas where Franco-Provencal used to be spoken.

Marseille, in particular, is known to have a recognizable regional accent.

It became extremely popular in France due to the movies directed by Marcel Pagnol and has since been used extensively on television, often in a caricatural context like reality-tv shows.

This iconic scene from Marcel Pagnol’s movie Marius introduces three characters with a strong Southern French accent and one (turning his back to the camera) with a Parisian accent:

In the video clip below, you can hear some speakers with a Southern French accent nowadays.

B. The Southwestern accent

The Southwestern accent, which derived from the Occitan dialect spoken in the area around Toulouse, is pretty popular in France and was named the sexiest regional accent.

It is often described as “singing”. Although it can seem relatively similar to a Southern accent, it is closer to Spanish or Catalan.

Older generations usually have stronger accents than younger ones, often due to the fact that they grew up in a bilingual environment where regional languages were spoken daily. You can clearly hear the “r” sound in the video clip below.

Although his accent is not quite as strong, Jean-Michel Apathie is one of the few journalists on national television with a regional accent. Listen to him below.

Parisians might tell you that they do not have an accent.

In a sense, it is true as the Parisian accent is the one you might be most familiar with since it is the closest to standardized French. However, you can still sometimes hear a Parisian "Titi” accent especially amongst older generations that grew up in popular neighborhoods.

This famous scene from Hotel du Nord with celebrated actress Arletty is typical from the Parisian gouaille associated with old-school Parisian accents.

However, you can still hear it sometimes in Paris nowadays.

The Northern accent (or the ch’ti accent, as it is known in France), became popular in France after the huge success from the 2008 movie Bienvenue Chez Les Ch’Tis. The Picard accent used in the movie is typical of the regional accents issued from the oïl languages in Northern France.

In this video clip, you can hear a strong Northern accent mixed with some Picard language.

Do you think you can understand this traditional song?

Due to its proximity to Germany and the frequent border changes in the area in the past 500 years, the accent of the Northeast of France, and the Alsace region, in particular, has some strong Germanic influences.

On a lighter tone, this humoristic video includes two speakers with an Alsatian accent.

Their unique history is influenced by colonization and slavery. The Creole language, which started as a pidgin between French, English, Spanish, several African languages and Caribbean Indian, has a strong influence on the local accent.

This speaker from Guadeloupe discusses the cultural identity of regional accents.

Regional accents are a large part of local French identity despite the widespread standardized French.

Lots of French speakers can easily conceal their native accents in some situations, but if you listen to French natives, you might be able to identify where they come from.

It's so interesting to learn about the different French accents right?

Which French accent do you prefer? Which one do you think is the hardest to understand for a non-native speaker? Share your thoughts with us in the comments!

For more awesome contents like this, sign up to the weekly Talk in French newsletter and get loads of updates about French language and culture.

Here are some FAQs about French Regional Accents

How many regional accents does France have?

There are 28 regional accents in France!

What is the most commonly spoken accent in France?

Parisian French! This is often considered the most “standard” French, as it is closest to the standardised French taught in school. It can be understood in several regions in France, and recognised in other francophone countries around the world.

What is a Southern French accent?

Many Southern French speakers tend to add a “g” at the end of words. This results in nasal sounds, like “an,” “in,” or “on.”

A lot of Provencal interjections survived in the accent, including “Té!”, “Oh fan!”, and “Qué.”

What is a Parisian accent?

Parisian French, otherwise known as Metropolitan French, is the standard French taught in school. Most Parisians don’t believe they have an accent; however, there are a few differences between the Parisian accent and the standardised French. For one, the accent is like the city: fast-paced with no time to fully pronounce each letter. As such, speakers tend to swallow sounds in order to shorten the sentence. For those learning French, it is extremely difficult to discern the negative in Parisian French, so listen for the “pas”!

The Parisians accentuate nasal sounds, and elongate the last syllable. There are also certain sounds that tend to sound more open, such as words ending in “-ais,” or the open “è” sound. 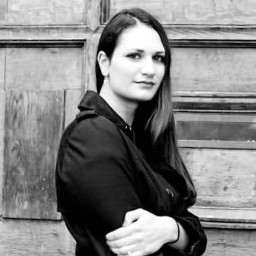