You have probably heard of cognates before. Some words in French look and mean the same in English; these are called true cognates or vrais amis (true friends).

While some words may look the same in French and English, but are not really similar. These are false cognates or faux amis (false friends).

However, we won’t be talking about cognates. Those are topics for another day. What we’ll be digging into now are the French words and expressions that are still considered “French” by English speakers, but actually have different or no meaning and cannot be recognized as such by native French speakers. 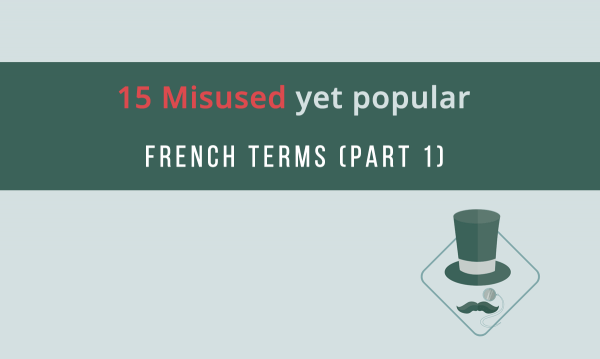 Some of these words are quite popular and used by English speakers in daily speech, while some are being used as a result of pop culture references.

Ready to find out about these and if you have been using these words? Here we go.

In English, accoutrement refers to the military gear or accessories worn by a soldier during a mission. This could include body armour, helmets, masks, backpacks, and similar items.

What it really means in French: In French, it’s either used to mean people who have really awful taste in clothing, or it can also refer to a ridiculous disguise. Just like this one:

In English, à la mode is used for food served with ice cream on top, like pie à la mode, cookies à la mode, peaches, or even sandwiches. Sometimes it refers to food topped with cheese as well, in some regions in the US. 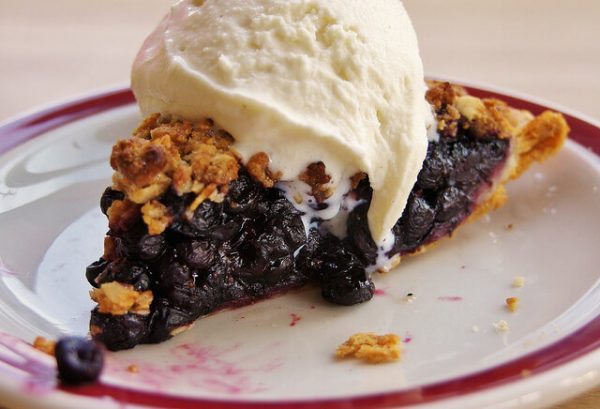 What it really means in French: It generally means fashionable or in style. But in some rare cases, it is also used in a culinary context such as boeuf à la mode (the French version of pot roast).

Appliqué is used in English to mean decorative pieces attached (whether glued or stitched) to another surface usually a cloth or garment. It is widely used in sewing, embroidery, or quilting, and even in ceramics, too. 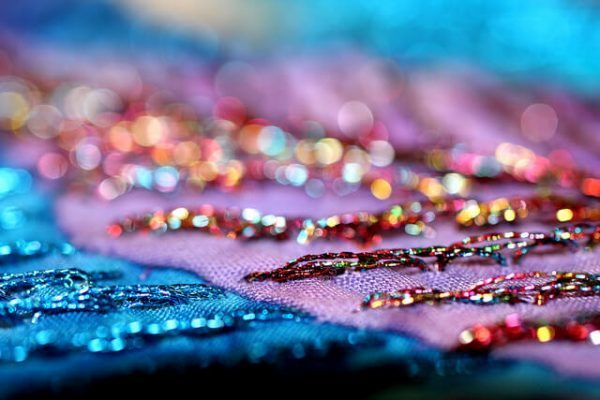 What it really means in French: Appliqué literally means "applied" and is not really used in the same context as in English.

In English, this term is often used with a negative connotation to mean a person pretending to be an artist, or someone with little skill but feels and acts like an artist.

What it really means in French: It simply means an artist and could be used plainly without any connotations whatsoever. But then again, proclaiming yourself to be an artiste may also be met with the same (negative) reaction in France.

In English, the term is used to mean the social activities and entertainment after a skiing session.  This usually takes place at ski resorts or ski lodges and organized as a way to socialize after an entire day’s skiing session.

What it really means in French: This word actually refers to boots or shoes which are used to walk in snow. 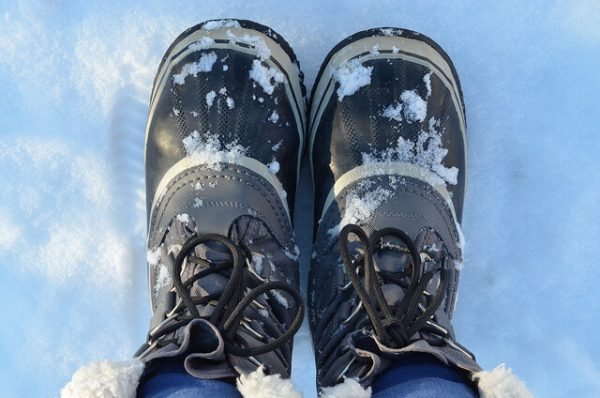 To go au naturel would mean being nude or being totally naked, when used in English.

What it really means in French: The term literally means in a natural way or in an unaltered manner. It can be used in the context of people (without makeup or devoid of any artificial manner and embellishments) or things such as food (thon au naturel = tuna without spices) or just like this bakery: 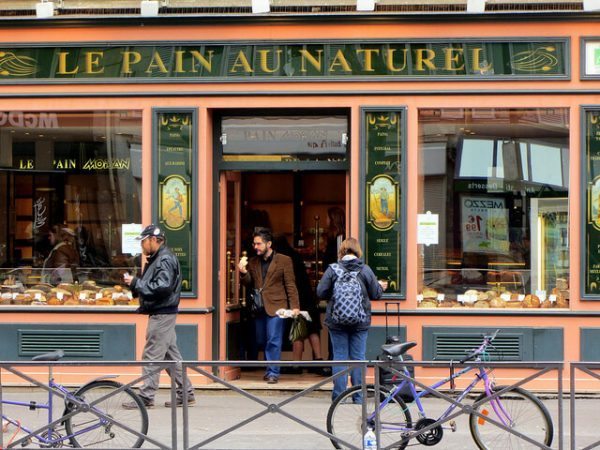 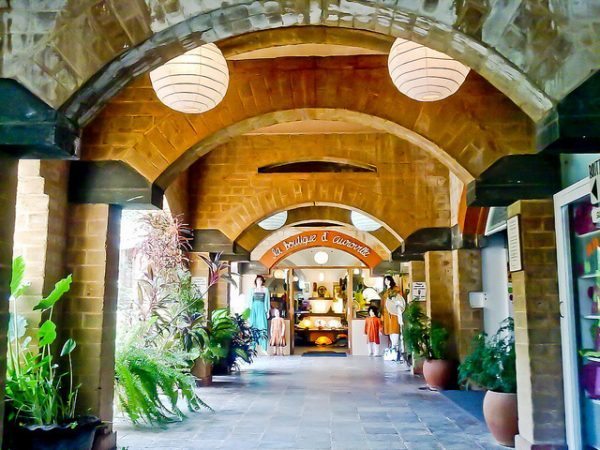 A boutique, in English usage, usually refers to a clothing store that sells designer items or select pieces, as compared to that of stores that sell mass-produced clothing. It can also be used to refer to small and fashionable, upscale hotels (boutique hotels), and in recent years, has evolved its usage to niche industries that are highly specialized and maintains small operations (i.e. boutique investment bank, boutique law firm, boutique videogame company, etc.)

What it really means in French: it can be used to mean any shop regardless of what it sells, whether clothes or not. 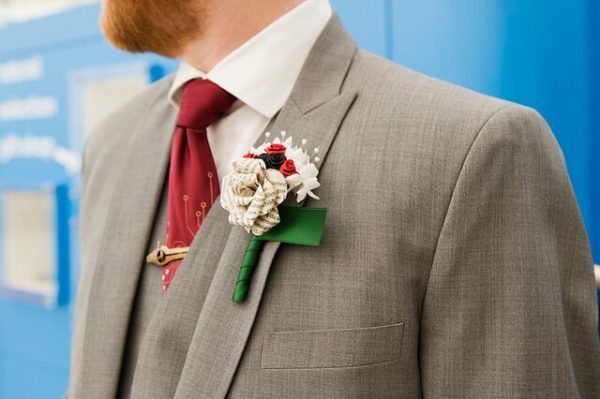 In English, a boutonnière means the flower that is worn in the buttonhole of a suit jacket. It could be a single flower, a bud, or a spray of flowers.

What it really means in French: boutonnière is the actual buttonhole itself.

When used in English, it means a controversial issue or incident that people are widely talking or debating about.

What it really means in French: the term literally translates to “famous cause”. But while it is grammatically correct, the expression is not really used in French and you’ll hear this only spoken by English speakers in the context mentioned above. 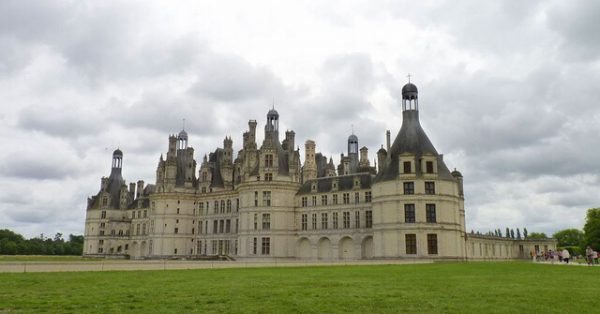 Ronny Siegel via VisualHunt / CC BY

The word château joins this list because more often than not, it is haphazardly translated and used interchangeably with the term “castle”, regardless of its specific type. A castle technically refers to a fortified residence of a lord or noble. Not to be pedantic, but the château actually covers a lot more than that of the word castle.

What it actually means in French: chateau has a wider usage in French and could mean a country house or a noble’s estate that may or may not have fortifications. The castles with fortifications are referred to as chateau fort (lit. strong/fortified castle)---usually châteaus from the Middle Ages. During the Renaissance, the chateaus are simply grand manors with no fortifications.

It is also important to note that the urban counterpart of the chateau is called the palais---grand houses that are located in the city. Compared to the French usage, in English there is no distinction to castles or palaces whether they are located in the city or in the countryside, and that’s where all the tricky part comes in.

You can read more about French châteaus here.

In English, a chef is someone who is highly skilled in cooking; or a culinary professional.

What it actually means in French: The word chef literally means  head, chief, director, or boss and can be used outside the context of the culinary profession, such as in business. A professional cook is referred to as a restaurateur. The English usage is simply shortened from the term chef de cuisine or Head of the Kitchen. 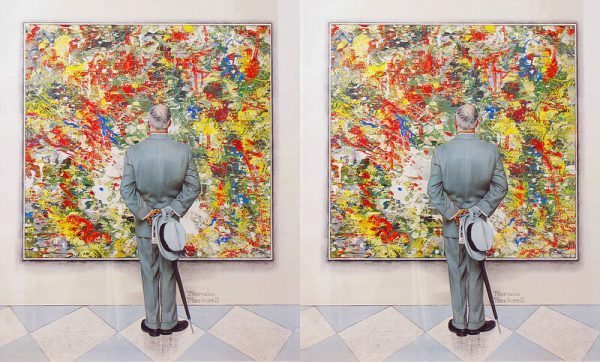 A connoisseur is an expert in fine arts, wines, cuisine, and other matters related to culture.

In French: the word connoisseur comes from the obsolete French verb connoître which was used before 1835. In modern French, it is spelled as connaisseur and literally means ‘someone who knows’. It is still, more or less used in the same manner as its English counterpart, though the difference in spelling. 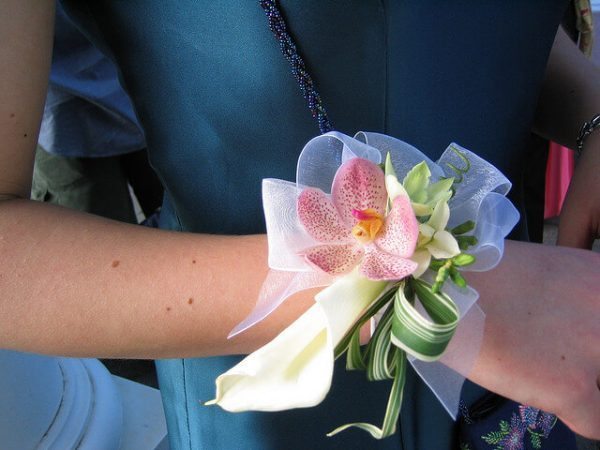 You know this in its English usage as a clump of flowers that are usually pinned on the dress or worn around the wrist. This is the feminine version of boutonnière mentioned above, and this is often brought by the woman’s date during proms or similar formal events.

What it actually means In French: Its French meaning is quite different and refers to a woman's chest or the area from a woman’s shoulder to her waist, and also the part of a woman's clothing that covers that part of the body.

Often written with all small letters and shortened to just “coup”, in English this means a sudden change in government by the use of force, or the act of overthrowing a government.

What it actually means In French: The literal translation of this term is a “blow against the state”, and is similar in meaning to the English usage. But when using it in French, remember to capitalize the letter É because the meaning of the word état would change depending on whether it’s capitalized (capitalized État means a State or country) or not capitalized (état in all small letters mean a state of being).

It also cannot be shortened as coup, because this means something else altogether in French.The word coup can mean different things such as a punch, an archery shot, a blow, a chess move, a throw (in sports), shock, or even a practical joke.

This term is commonly used in English to refer to a low-cut neckline or the woman’s cleavage. Like for example, when celebrity Nigella Lawson had some sort of wardrobe malfunction and used the term in her tweet:

What it actually means In French: This can mean different things, but the one closest to its English usage is:” the act of lowering a woman’s garment to reveal the neck. It could also be used in an agricultural context (cutting leaves from root crops), or in technical usage (the process of making screws and bolts).

Which “French” words and its actual meaning are you most surprised about? Don’t forget to leave a comment! You can also check out the 2nd and 3rd part of this article.