The Simple Guide to Informal French Grammar - Talk in French 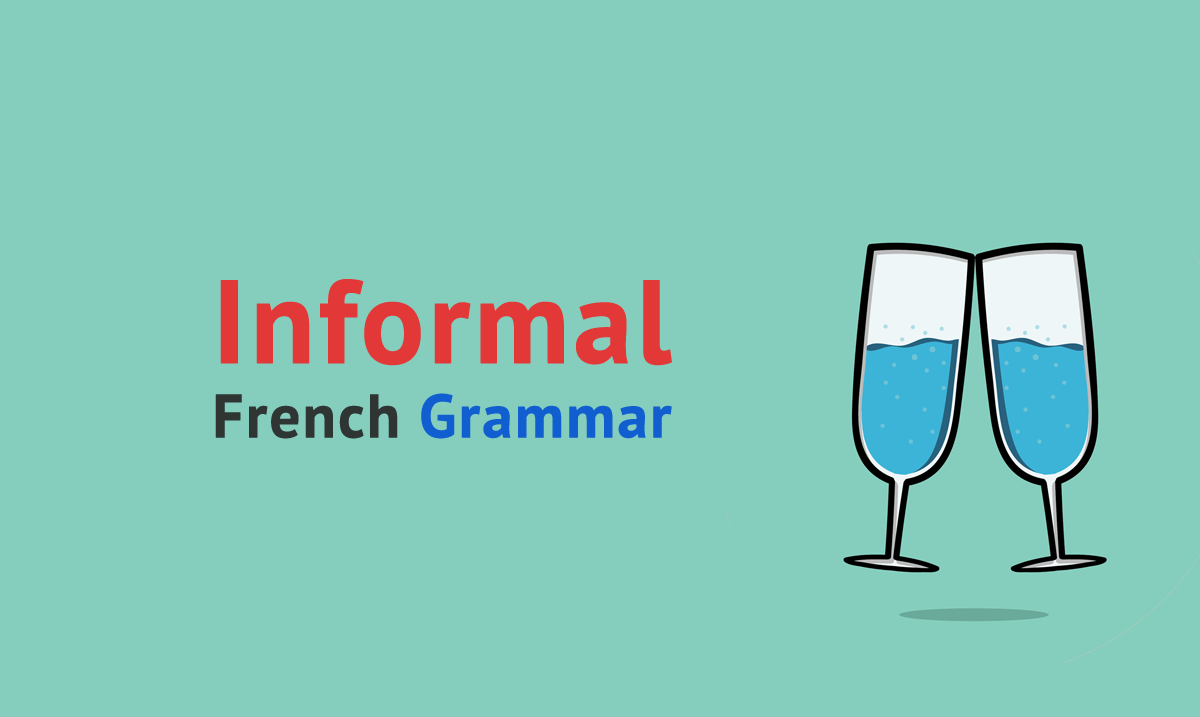 Are you already speaking French so well but still sound as if you just came out of a French grammar book?

Do you feel so formal and out-of-place when speaking with native French speakers?

Well, let me let you in on one practical tip: try to speak a little bit informally!

When speaking in your own native language, you most likely use informal grammar structure at every other sentence (if not always) to better express your thoughts and emotions to your listeners. Certainly, every language has colloquial terms and French is no exemption.

To help you sound more natural when speaking French, here are some simple guidelines to keep in mind:

Both of these words mean the same thing: you. But if you're already familiar with the person you're speaking to (such as friends and family), you can drop the highly formal vous and use tu instead.

In informal French, ‘tu’ when followed by a verb that begins with a vowel will be shortened to t’. The most common way to do this is with tu as and tu es which become t’as and t’es.

Remember though that this is only spoken in casual conversations and written in very informal contexts (like SMS between friends), not in newspapers, research, and the like.

Usually, the French pair ne…pas is used to make a sentence negative. However, in a typical informal and familiar setting, the ne is often dropped in spoken French. Of course, proper French grammar would ‘negate’ this idea but since your goal is to sound more French then you can drop the ne. The meaning remaing the same.

Inverting the subject and verb is a common way in asking a question in French. However, inversion is essentially found in formal French and not in informal conversations. Thus, if the word order is changed, then a formal and polite sentence quickly becomes informal, e.g. from “Où allez-vous?” ("Where are you going?") to “Tu vas où?”

5. Informal use of pronouns

For cela and ça which both mean “it” in English:

For  nous and on:

When it is lodged in between consonants or at the end of short words, or even in conditional and future tenses of verbs, the unstressed e is often dropped in French slang.

You usually do not pronounce -re at the end of a word. However, for verbs (mettre) we still pronounce the –re a bit and quite softly.

In French, the impersonal pronoun il (which corresponds to 'it' in English) is used in French when there is no person or agent responsible for doing the action described. When used in informal speech, however, the impersonal ‘il’ is usually omitted. For example. Il ne faut pas oublier becomes Faut pas oublier.

10. Don’t worry too much about grammatical rules

The most important thing that you shouldn’t miss when learning how to speak informal French is that…(drum roll, please)…you DON’T need to worry so much on what the grammar book has to say! Why, native speakers (in any language for that matter) all started with baby babble, right? Nobody ever started with a grammar book in the womb, that’s for sure. So, relax! It’s okay to forget some of those rules once in a while…if you want to sound naturally informal.

But remember that grammar is still very important for you to familiarize with, so you’ll know which rules are okay to break later on.

So there you have it, folks! The top ten things to remember when speaking informal French! Do you want to add more to this list? Sound off in the comments section!