Haunted Places in France: 10 Spooky Locations and the Stories Behind It

Millions of tourists flock to France each year to see its iconic attractions and monuments, but a fraction of those come for a different reason: to see the most haunted spots in the country.

You probably don’t know this but France is not only home to picturesque views and mouth-watering cuisine. It also has a deeply macabre side and is known to have some of the world’s most spine-chilling destinations.

In this article, we will check out ten of the scariest places in France and the numerous legends that surround it. But a quick word of caution---this article is no place for the easily spooked! So get out now while you still can and head over to some other un-scary articles. We got some that would chase away the heebie-jeebies, like one on weird French idioms or yummy food.

But if you’re made of stronger stuff, here’s a virtual pat on the back for you [pat, pat---good job you]. And here’s your list of the ten scariest, goosebumps-inducing, hair-raising places in France. 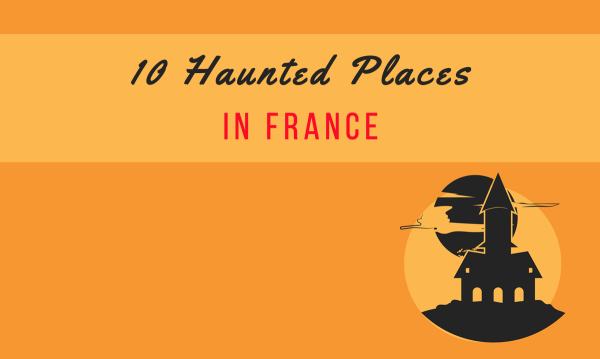 Make sure to check out the quiz at the end of the article to see if you can survive a visit in the creepiest French places!

1. The Catacombs of Paris 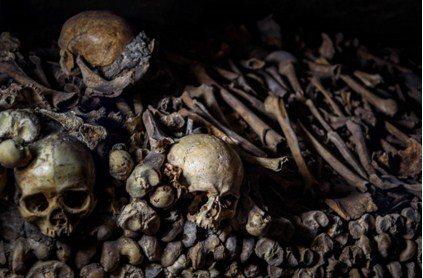 What better place to start off this list than the renowned Empire of the Dead? Paris may be known as the City of Lights, but when you factor in the creepy dark tunnels winding underneath, it’s more like City of Fright!

The Catacombs of Paris is one of the eeriest and most haunted places in the world and is also considered the largest grave on record.  Opened in the 18th century as part of the city’s efforts to decongest its space (and move the occupants which are least likely to go on strike—i.e., the dead), this underground labyrinth with skeleton-lined walls and chambers filled with human bones is home to the remains of about six million people

…Some of which may still be seen wandering around the dark pathways.

If the complex network of dark passageways stacked with skulls and skeletons don’t affect you, be careful of wandering on your own because there are several stories of people getting lost in the catacombs and never being found alive again.

One such case was a man named Philibert Aspairt who vanished in the catacombs in 1793 and was found only in 1804. His corpse was discovered only a few feet from the exit. 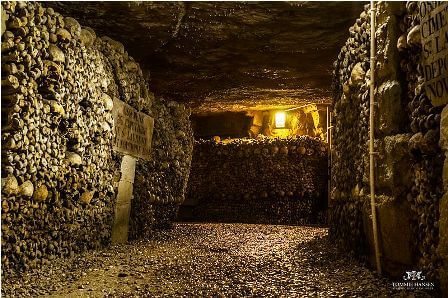 What to watch out for:

Ghost from different centuries, strange orbs, spectral lights, voices in the walls, touches from invisible sources, and other paranormal sightings. 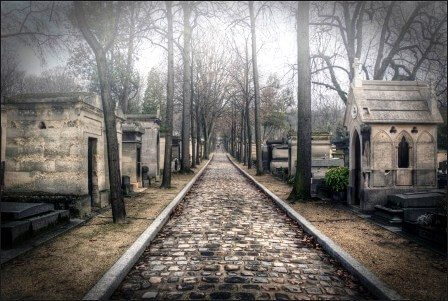 If there’s a chance to see really famous ghosts, would you take it? At the Père Lachaise Cemetery, you just might.

Said to be among the most haunted cemeteries not only in Europe, but in the entire world, it is the burial ground of several well-known names like Edith Piaf, Oscar Wilde, Jim Morrison, Molière, Marcel Proust, Balzac, Camille Pissaro, and several others.

What makes it spooky:

Visitors and tourists have reported overwhelming eerie feelings, shivers running up and down their spine, and various ghastly sightings. Some, however, say that the cemetery leaves them filled with a deep sense of unnatural calm---not the zen-type though, but more the supernatural kind.

Watch out for ghostly apparitions and strange orbs which could sometimes appear in photos taken around the cemetery. If you’re lucky, Chopin might even pop in for a visit. He’s the most widely seen famous ghost in Père Lachaise, as well as Jim Morrison who is also said to appear in photographs near his grave. Maybe you can coax them for autographs?

3. The Gardens and Palace of Versailles 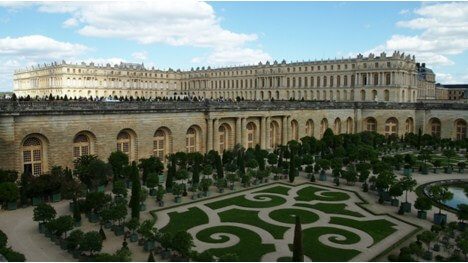 The royal palace of Versailles is among the top attractions in France, located just 20 kilometers outside of Paris. What most people don’t know, however, is that it is also one of the most haunted in the entire country.

Both the gardens and the chateau are known for ghost sightings, but ghost enthusiasts from all over the world flock to the gardens.  This is where Marie Antoinette’s ghost is said to be frequently spotted roaming around the place.

What makes the place creepy:

Aside from the multitudes of ghosts---both famous and not---some have reported stumbling into a time slip while in Versailles, suddenly finding themselves in the middle of an 18th century party.

The ghost of the beheaded queen Marie Antoinette either in the gardens or in her royal bedchambers, some orbs, ghostly figures appearing in photos, and various ghosts wearing 18th-century clothing. 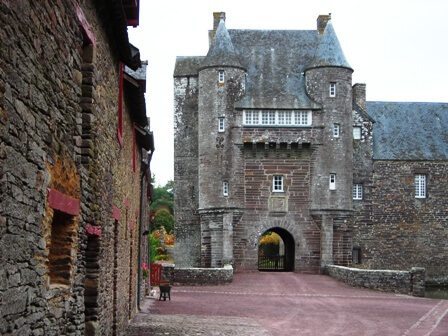 The medieval castle of Trécesson in Brittany is steeped in legends telling eerie tales, ghastly murders, and mysterious deaths. One such legend is about the bride who was murdered by her brothers and buried alive in the castle’s brick walls on the morning of her wedding. She is known today as the Bride of Trécesson.

Aside from the bride bricked up in its walls, there are other legends about this castle that haunts the place to this day. There is said to be a “ghost room” where phantom card players play, as well as a headless ghost roaming the eerie castle.

The castle is privately owned so there’s no chance of tourists seeing the ghosts within its walls. But the castle is known for dames blanches or white ladies, the phantom card players, a headless curate, and of course, the Bride of Trécesson. 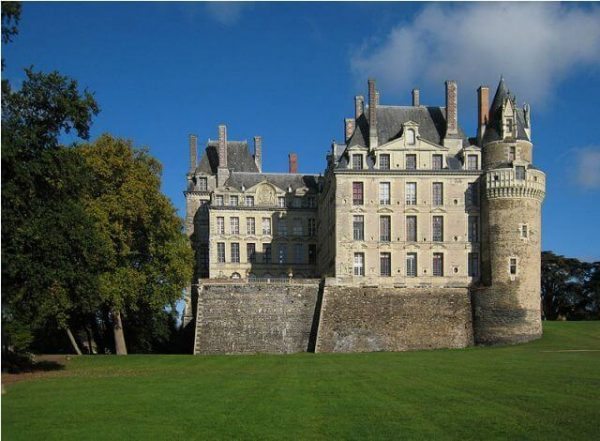 Château de Brissac is one of the many castles dotting the Loire Valley.  It is also among the most haunted places in the country. Built in the 11th century and rebuilt in the 17th century, this castle is flocked upon by ghost hunters and curious tourists alike due to reports of various paranormal sightings and eerie tales.

What makes it so creepy:

The history of the castle includes that of the grisly murder by Jacques de Brézé of his wife and her lover. De Brézé, the grand seneschal of Normandy who came to live in the castle in the 1400s, caught his wife Charlotte and one of his hunstmen in an adulterous act. In a fit of rage, he killed them both.

To date, it is said that the ghosts of Charlotte and her lover may still be heard wailing in sorrow.  Some say  they may also be seen roaming around the castle.

Ghostly sightings, wailing that can be heard throughout its halls, and touches from unseen sources. 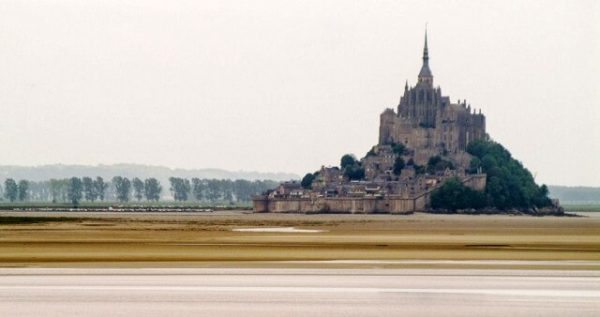 The Mont Saint Michel--- which stands on an island off the coast of Normandy---might be gorgeous whichever way you look at it, but for an abbey this ancient, it has several secrets of its own. A known spot for ghost-hunters who travel from various countries just to glimpse some of its non-living inhabitants, the castle is also a gorgeous feat of architecture.

During the Hundred Years’ War, Captain Louis d’Estouteville---the commander of the garrison in Mont Saint Michel--- led the slaughter of more than 2,000 Englishmen. Legends say that the sand surrounding the castle was bright red with blood.

Phantom monks, various types of sprectre, and the ghost of d’Estouteville who is said to still be guarding the mount up to this day. 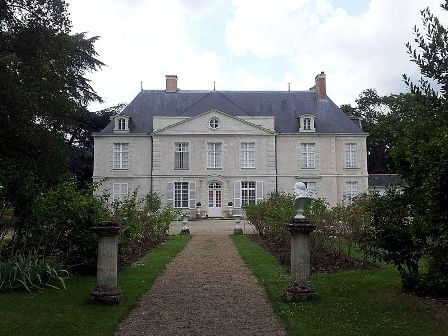 This medieval castle located in Brittany is another popular haunted destination for hardcore ghost-chasers and regular curious folks alike.

Why it’s so scary:

There’s a legend tied to the castle about Francoise de Foix, the wife of Jean de Laval-Châteaubriant, Governor of Brittany, and mistress of King Francis I. Francoise suddenly died on the 16th of October in 1537, with rumors saying she was locked up in a room by her jealous husband, and then poisoned and bled to death.

The ghost of Francoise de Foix is said to appear on the stroke of midnight every October 16th. She is followed by a ghostly procession of knights and monks. 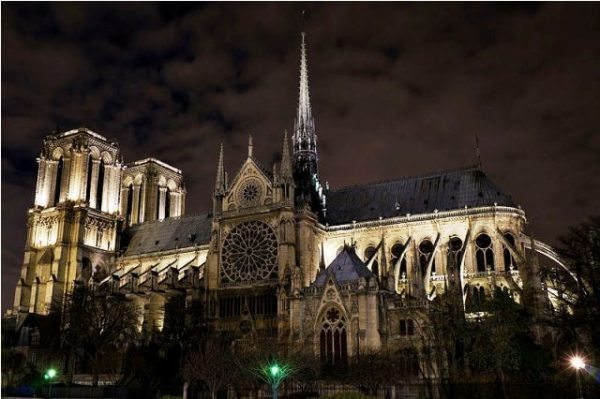 The Notre Dame of Paris is one of the most notable tourist attractions in France, but little do most people know that it is also an alleged home of countless ghosts.

Why it’s so scary:

Aside from the grotesque-looking gargoyles that look a thousand times more sinister in the dark, stone faces are also carved in the walls, further heightening its haunting ambiance.  Stories have also been told of ghosts of women who can be seen flitting between gargoyles as well as spirits of powerful French figures who wander inside its walls.

Assorted spirits of kings and monks, and various other roaming ghosts. 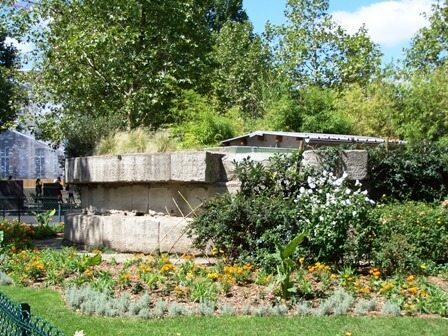 The infamous Bastille was once a mighty prison fortress with eight towers as high as eighty feet and surrounded by a moat. It was also home to various prisoners including the Marquis de Sade and even the mysterious figure called the Man in the Iron Mask. The place witnessed various forms of suffering and distress in its walls before it was stormed at the start of the French Revolution.

As of today, some of the ruins of Bastille may still be found on Boulevard Henri IV (see photo above) while in its former location now stands the Place de la Bastille.

There are several reports of hauntings and paranormal encounters in both the areas of its former location, as well as in its ruins at Boulevard Henri IV. 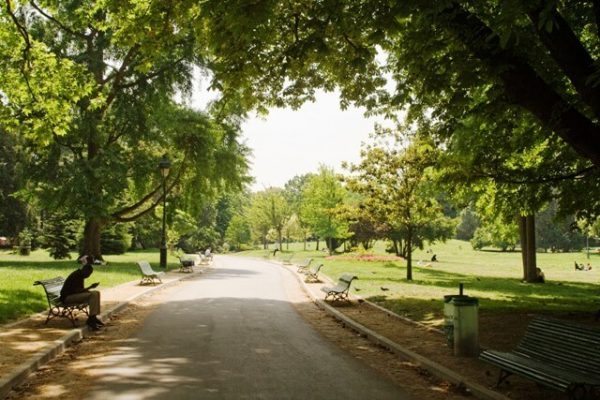 This beautiful park located in the south of the city’s center may seem like an idyllic place for an afternoon stroll or a cozy lunch picnic, but be careful because you just might come across some headless ghosts!

The creepy story behind it:

The Parc Montsouris was said to be the testing area for the guillotine and is also being haunted by Isaure de Montsouris who was murdered by bandits but is still seen roaming around the park.

The headless ghost of Isaure de Montsouris and a collection of various other lesser-known headless ghosts---apparently the result of the guillotine testing.

Other creepy places in France

Phew, France has so enough spooky places to inspire countless French ghost stories. Some other ghost-laden spots that deserve to be mentioned in this list as runners-up include world-famous sights such as:

The Louvre (specifically its 13-century dungeon), the Eiffel Tower (due to its numerous suicides), the Jardin des Tuileries (haunted by The Man in Red), and lesser-known spots like the Pont Marie Bridge which is said to be haunted by a weeping female ghost.

15 Surreal Places to Visit in Paris