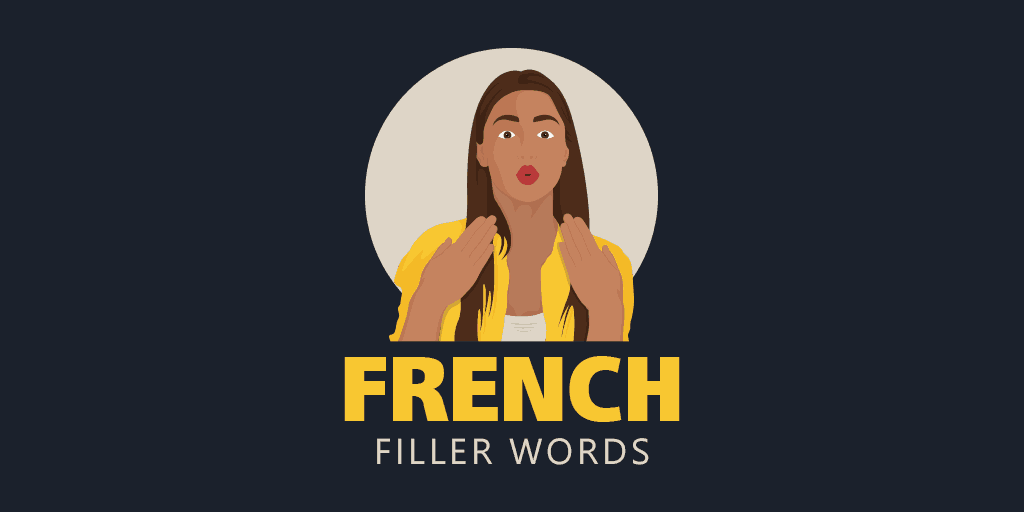 Spoken French is, as should be expected, quite different from textbook French. The vocabulary French people use in everyday life is more colloquial. They tend to shorten words, their sentences are structured differently, and they also use many French filler words.

Like “uh”, “right”, “like” and so on in English, those words fill silences during speech and give a better flow to your thoughts. It may not be the most elegant form of communication, but you will sound a lot more French if you use them.

Here are some of the filler words you should master to speak French like a native.

Hein (pronounced [ɛ̃]) is a very common filler word in French. It can loosely be translated in English by “right?” or “isn’t it?” and is often used at the end of a sentence to emphasize a statement.

Used alone in a question, it can also be translated as “huh”? if you didn’t understand your interlocutor.

Euh is pronounced [ø] and may be the most common filler word in French. You will likely hear it dozens of times in any casual conversation among native speakers. It is the equivalent of “uh” or “hum” in English and is used to insert a pause in a statement when the speaker isn’t sure of him or herself or hesitates on what to say next.

That’s a convenient word for French learners: if you need time to find the right word, just use “Euh” and no one will know better!

Quoi (pronounced [kwa]) has different uses in French. Although it means “what” and is usually used in questions, it can also be used as a filler word which can make things complicated for French learners.

When it is not followed by a question mark, it is the French equivalent of “you know’ in English. It is used as an emphasis on a statement but can also signify that the speaker is feeling frustrated or impatient.

Tu vois is pronounced [ty vwa] and you probably know it as its typical translation of “you see”. However, it can also be used as a filler word and roughly equivalent to “you know?” in English. It is usually used at the end of a sentence as a rhetorical question.

Ben ([bɛ̃]} is the shortened version of bien (“well”). It is used as a filler word in French either at the beginning or in the middle of a sentence. It is used to mark many things, from indecision to questions, statements, commands and sometimes before yes or no to emphasis the meaning.

Unlike other filler words, En fait (pronounced [ɑ̃ fɛ]) is used both in written and spoken French. It literally translates as “in fact” but its casual meaning is closer to “actually”. It is usually used at the beginning of a sentence.

Like “ben”, “bon” translates as “well”. It is used to emphasize a thought but can also mark the speaker’s impatience or anger. Its English equivalent would be “ok”.

The literal meaning of genre ([ʒɑ̃ʁ]) is “gender” or “type”. However, when it is used as a filler word, it is the French equivalent of “like” in English.

Enfin bref ([ɑ̃fɛ̃ bʁɛf]) is a convenient way to say “long story short”, “basically” or “anyway” to get straight to the point and avoid a long conversation.

Quand même has two meanings. Its primary translation, especially in more formal settings, is “even though” or “still”.

However, it can also be used as a filler word to mark the speaker’s astonishment and translates as “wow!”.

You will likely notice more and more filler words in French as you become more familiar with the language. They are also frequently combined together, which gives the speaker more time to gather his or her thoughts or add more emphasis to a statement.

The Simple Guide to Informal French

Previous Post How to Form French Sentences: A Guide to French Sentence Construction Next Post Emergencies in France: what to do and what to say – A guide for tourists