So you’ve been studying French for quite a while now, and you’re rather proud of what you’ve accomplished so far – as you should be!

But sometimes, you think there’s still something lacking in your French. Like a certain je ne sais quoi  perhaps that you couldn’t put your finger on, and in spite of your good grammar, you still do not feel that confident at all with conversing in French.

You want to sound legit, I get it. So sit back because this article will tell you 10 awesome ways on how to speak French like the French do it --  from the sentences down to the little nuances – and lots of tips thrown in between. 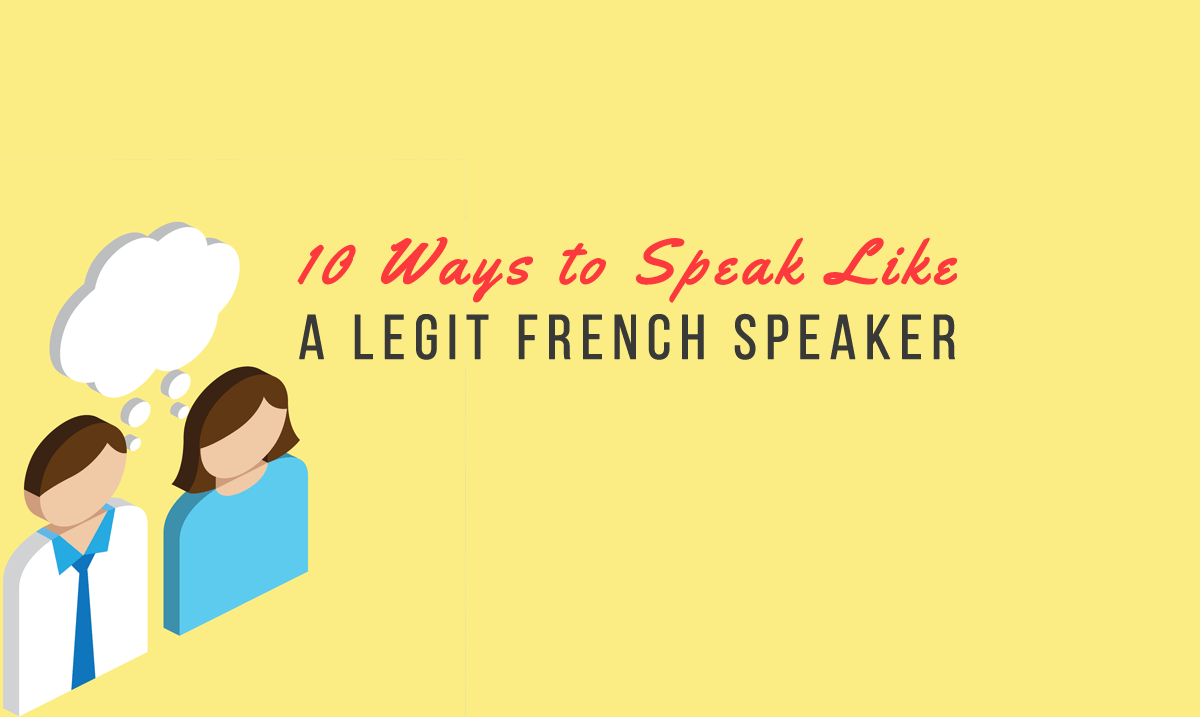 Your French may still be a little rough in the edges – nothing that a little polishing couldn’t fix. But don’t worry. You’re not alone in this as I’ve heard this dilemma quite often.

How does one speak French so thoroughly –

…that native French speakers would raise their eyebrows in pleasant surprise?

…that listeners’ jaws would slightly drop at your level of finesse?

…that your friends would marvel at how well you speak French, thereby cementing your status as Francophile Extraordinaire in your group?

…that you can waltz your way across France and breeze through the whole vacation because French speakers can actually understand what you’re saying and you can even joke with locals you meet like you’re one of their own?

So without further ado, let’s start, shall we?

Table of Contents
1.Work on your pronunciation
2.Be a little less formal
3.Spend time on your listening skills
4.Throw in some slang
5.Use French expressions
6. Dial down the enthusiasm
7. Speak a little bit faster
8.Say au revoir to “nous”
9.Contractions are your new BFF
10. Add some filler words and interjections in your speech
Some common filler words
Common interjections

1.Work on your pronunciation

This Ultimate French Pronunciation guide should help you with that. Take time to master liaisons, too, because those little things can make or break your French.

2.Be a little less formal

In English, you don’t really speak like you just came out of a Jane Austen book, do you? If you do, the chances of you sounding like a pompous know-it-all – or a time traveler from the turn of the century -- are extremely high. 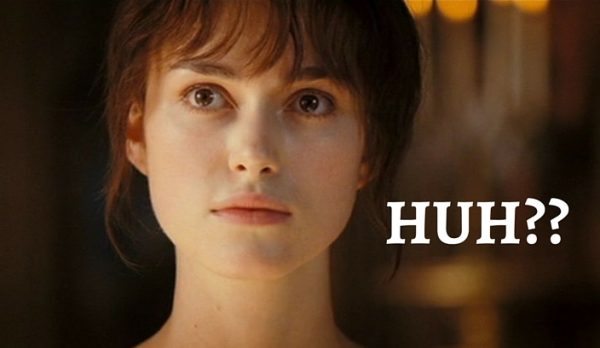 The upside to that is, the internet will hail you for sounding “like a sir”. 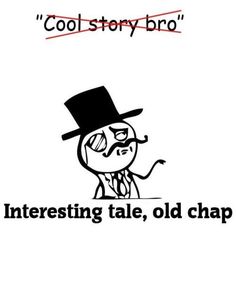 It’s the same thing with French. The French that you learned in textbooks isn’t exactly the same French that you will hear in normal everyday conversations, in online blogs and forums, TV shows and movies, and on the street. For you to truly understand everyday French and sound legit, brush up on your informal French with these tips:

3.Spend time on your listening skills

There’s no way around this one. Listening and speaking always go hand in hand. And if you find yourself having trouble catching up to a native speaker’s words, there’s no way you’ll come out looking like a pro in French conversations.

To help you with that, here are some listening exercises to help you practice. You could also check out this nifty guide on how to turn listening in French into a habit that sticks.

4.Throw in some slang

Like any other language, French has a long – and growing – list of colloquial words. If you want to:

… then French slang are your new friends.

You might want to check out our course on French Vocabulary Mastery. It includes 2,000++ French slang terms with audio and examples.

Also, since a lot of slang words can be offensive, the slang section on the course also has annotations to identify offensive and common slang words. That way, you won’t get into any unnecessary brawls while simply trying out your newly-learned French terms.

Speaking of offensive words, you can also use some NSFW swear words every now and then, and this will help you sound a bit like a native, too. Just remember not to do it liberally among strangers or people you just met, otherwise you’d get into trouble.

But among your French-speaking friends, swear words will help you gain extra street cred and even elicit a few laughs (plus make you seem like a badass- ha!).

Like in any language, expressions add color to an otherwise bland speech (read: booo-ring!). French expressions can be funny, witty, and absurd all at the same time, as you can see in this article about French idioms.

If you follow Talk in French on social media or subscribe to the weekly newsletter, you will get a regular list of useful French expressions. There’s even a free audio to go with it, in the case of the newsletter.

But if you’re still craving for more French expressions, you can learn 1 everyday with the French Vocabulary Mastery Course.

6. Dial down the enthusiasm

What if I told you that you will sound more “French” if you try to curb your enthusiastic tendencies a little?

Does this blow your mind? Let me explain further. You see, non-French speakers have a tendency to describe things with so much excited energy, using words such as “whoa!”, “wicked!”, “cool!”, “awesome!” or “amaziinngg!” or even the mind-bogglingly long word  “supercalifragilisticexpialidocious!” if you’re really into the moment. Guess what? French people don’t do this too much.

So to sound like a native speaker, tone down the excitement to a lesser level. The French “ennui” is not just a mere stereotype. It’s real folks and you can read all about it and other weird French habits here. French people really do tend to sound negative. So it doesn’t hurt to learn some expressions about complaining, either, if you really want to work your way into sounding like a native.

Do it a step further and improve the quality of your complaints by throwing in intensifiers such as foutrement (extremely), carrément (completely), vachement (very or really), or de chez (really or completely) as in ”Ce film est nul de chez nul” (This movie completely sucks).

Another way on how to sound French is to pick up the pace when speaking. Does this sound terrifying? Nah, you can do it! Here are some ways to speed up your speech:

You will also find a Bonus material containing French tongue twisters when you get a copy of Fluent in French, the ultimate study guide to learning French. It's free with the Complete Method Courses such as the one for intermediate level below. 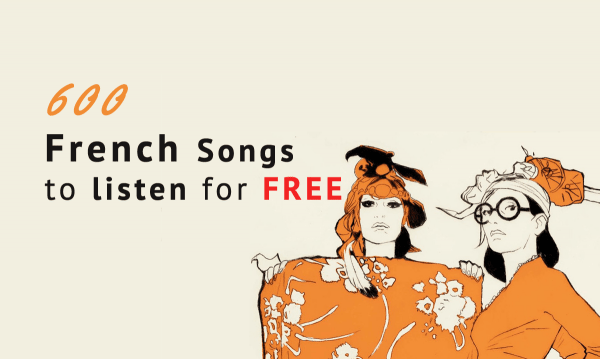 I know it’s amazing. You can thank me later (or not, it’s okay.)

When talking about something in first person plural or the equivalent of the English pronoun “we”, you can forget using “nous” and switch to “on”. This is so much more common in daily conversations, but I bet your stuffy textbooks didn’t tell you that!

Here are a couple other instances when you can choose “on” over “nous”:

Just remember though that you can’t totally give up on “nous” as it is still very much alive and kicking in formal conversations as well as when giving commands in imperative sentences.

9.Contractions are your new BFF

You know how everyday English is all about shortened words like don’t, wouldn’t, isn’t, can’t, and several others? French is the same way.

A few examples of this are je suis which becomes chuis, tu as which turns into t’as , tu es becomes t’es and il y a that is shortened to y’a. Puis also gets pronounced as pis, parce que as pasque, and quelque as quèque.

10. Add some filler words and interjections in your speech

There’s nothing like peppering your narrative with fillers and interjections to make you sound totally, legitimately French. I mean, it will all flow so naturally spontaneous and sound awesome, plus it will buy you more time to think about the rest of your words further. This is one of the few keys on how to sound French.

Use these French words as you would the English words, “I mean”, “actually”, “you know what”, “I guess so”, “well…”, and “So, okay”. Memorize this extra vocabulary and make sure to use it – stat!

So there you go, an article to help you how to speak French the right way! Do you feel more “French” yet? If you have more to add, please feel free to comment below.

Never miss an article from Talk in French! Subscribe to the newsletter now and get a free French Learning Package!