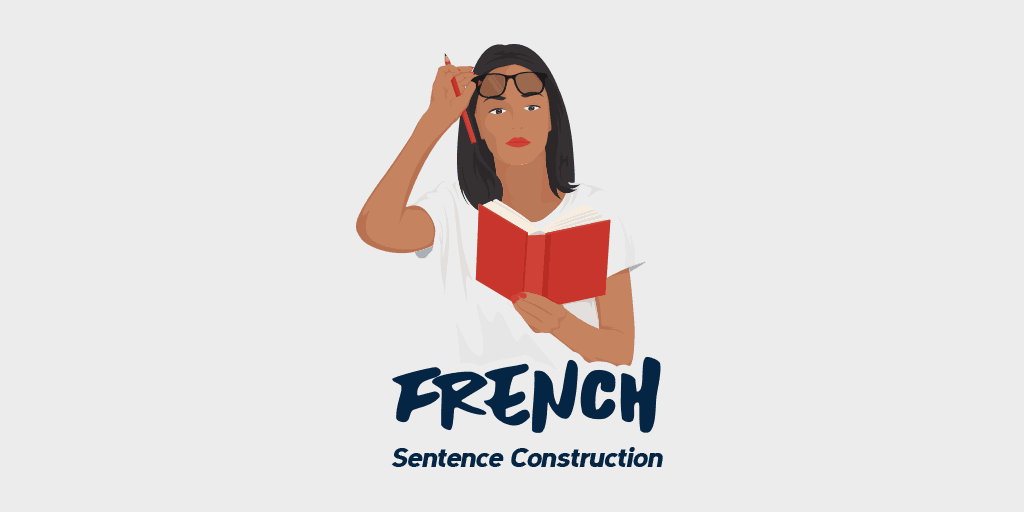 When you learn a new language, you start by accumulating vocabulary, learning how to conjugate verbs and so on. But if you want to use it to communicate with others, you will also need to learn how to structure a sentence.

As native speaker, you know how to build a sentence instinctively but as a language learner, it takes a bit more practice. The good news for English speakers, or other Roman languages like Italian or Spanish, is that French sentence construction is similar in many ways to your own. However, there are also some difference that will necessitate some practice to sort it out.

In French, there are four main types of sentences: statements (positive or negative), questions, exclamations and command. Here is our guide on how to build each one of these French sentences.

It also works with other negative statements: ne…que (only), ne…jamais (never), ne… quelque (a few).

Once you have mastered the basic sentence structure, you can build longer, more complex ones by coupling shorter sentences together. They are linked with conjunctions : Mais (But), Où (Where), Et (And), Donc (So), Or (But), Ni (Nor), Car (Because), Puis (Then)…

See also: A Quick and Easy Guide to French Conjunctions

There are three basic ways to formulate a question in French.

One of the most common ways to ask a question in French is to invert the subject and the verb in a sentence. Those questions can usually only be answered with yes or no.

Instead of inverting subject and verb, the French also use the question tag Est-ce que at the beginning of the sentence and retains the sentence structure that follows. Est-ce que… demands a « yes or no » answer. It is considered more colloquial than an inversion question.

When asking an open question, French uses question words much like in English: qui (who), que (what), pourquoi (why), comment (how), quand (when), où (where), combien (how many, how much), quel (which)… They are sometimes followed by Est-ce que…

See also: How to Ask Questions in French

Exclamations are used to express a strong emotion, such as surprise, indignation, etc. In many cases, they are similar in construction to declarative sentences and are marked by the intonation of the speaker or by an exclamation point when in writing.

Exclamative words, such as quel/le, que or comme are used at the beginning of the sentence to emphasize a statement.

Imperative sentences are used to express an advice, an order or a prohibition. It is the only type of sentence in French when the subject is dropped from the structure. It is usually implied by the conjugation of the verb in the imperative form.

Since it is a direct demand, it is either tu (the singular and informal form of “you”), vous (plural or formal) or nous (us). The sentence ends either with an exclamation point to mark emphasis or with a period.

In French like in English, the spoken language tends to be more colloquial than what you would write in an essay. People tend to drop or shorten part of the sentence or on the contrary drag it  on, which can make things a little trickier for a language learner. They do not always follow grammar rules to the letter.

For example, a question may only be marked by the intonation of the speaker rather than a change in the words’ order.

The subject may be repeated for emphasis.

When it comes to negative sentences, some speakers tend to drop the “ne”.

Learning how to build a sentence in French fluently can seem tricky at first. Just like everything else, it comes more naturally with a lot of practice so take any opportunity you have to read, speak or watch movies in French.

Which part of the French sentence construction is the most difficult for you? Do you have any good tricks to get it right? Share it with us in the comments!

Learn how to build good sentences in French by brushing up in your grammar! Check out the French Grammar Bundle below.