French pluperfect: everything you need to know

A Q&A About the French Pluperfect: Some of the things you’ve been dying to ask 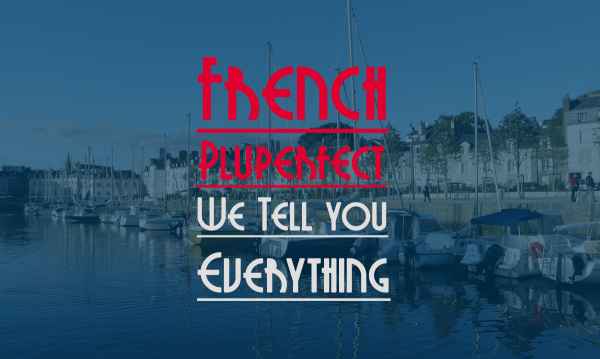 We call it the French Past Perfect. But it’s also called pluperfect or plus que parfait. Yeah, tomato, to-ma-to. Many names but they all mean the same thing: a tense that describes something that had happened or had been true at some point in the past, and an action that had occurred before another one took place.

Let’s take a look at some possible questions you might have formed in your mind, but never had the guts (or inclination) to ask… Or maybe never had the need to before.

Q: What is the pluperfect, really?

It’s a verb form, a type of tense common in some languages such as Greek, Latin, German, English, and in the romance languages like French, Romanian, Italian, Spanish, and others.

In English, we refer to it as the past perfect and it is a combo of the perfect tense and the past tense (using the auxiliary ‘had’).

Some examples in English:

She had fallen. He had arrived. I had tried many times. I had offered to help.

Q: When is the pluperfect used in French?

It is basically used in French the same way we use it in English. However, it is also normally used during cases where an extra level of past-ness is required aside from the generic past tense form. This happens when an action is described to have happened in reference to another past action.

Another instance when the pluperfect is used in French is when expressing hypothetical situations just like this example:

Nous y serions allés si nous avions su. We would have gone if we had known.

Q: How do you form the French pluperfect?

Forming the plus que parfait is relatively easy, especially if you already know how to deal with compound tenses like the perfect tense, as well as the imperfect tense form of the auxiliary verbs avoir and être.

As you probably already well know by now, a compound tense is formed with either of the two helping verbs – avoir or être. To form the pluperfect, it is quite similar to forming the perfect tense, but the imperfect form of avoir or être is being used.

Imperfect avoir or être + the past participle of the main verb.

Remember that just like other French compound tense conjugations, it may be subject to agreement. Here are the rules to remember:

Q: Can you give some examples using the auxiliary avoir?

Certainly.  Here are some examples:

So with that, we end this lesson. Hopefully we’ve answered your questions so far. If not, feel free to ask them in the comments!