When you need to express that a noun belongs to a person or thing, you use possessive adjectives.

The possessive determiners basically tell you to whom or to what a certain object belongs to. Because it identifies or gives us a detail about the noun it refers to, it  therefore belongs to the group of words known as ADJECTIVES. 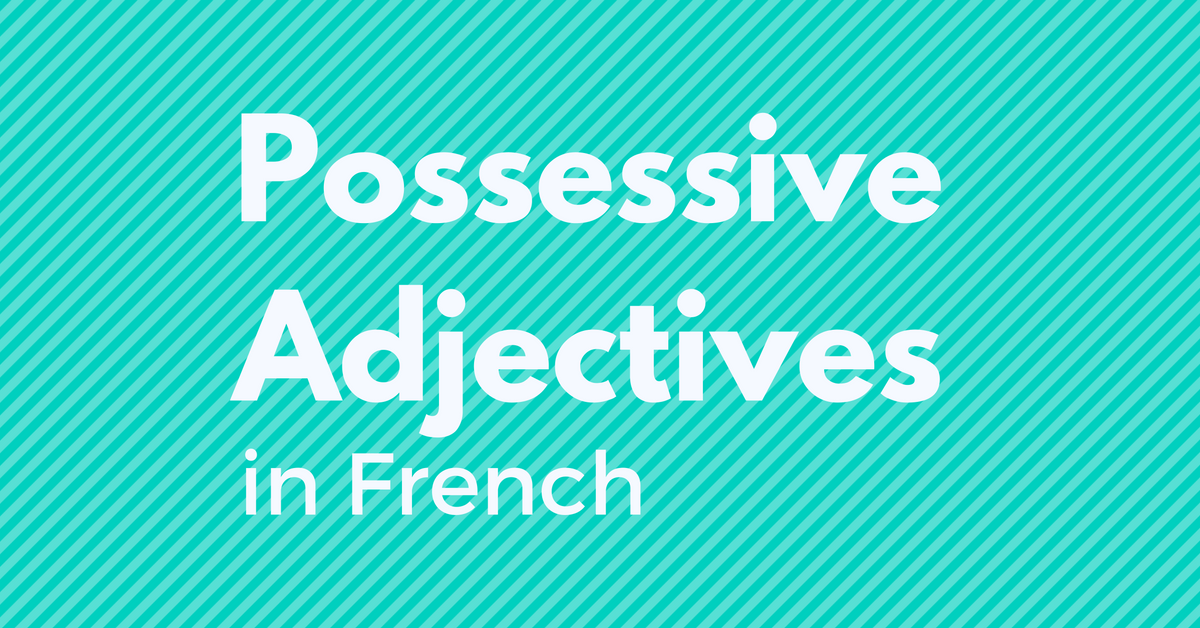 In French, there are considerably more possessive adjectives compared to English. The Adjectifs possessifs (like all other kinds of adjectives) need to agree to the gender and quantity of the noun they're describing.

• The choice of the possessive adjective to use does not depend on the gender of the owner or how many owners there are. Instead, it all depends on the gender and number of the item being described.

This is where it gets very difficult for English speakers because it is basically the other way around. But don't worry, we'll make it as easy as possible for you.
To put it simply, in French, you pick a possessive adjective based on WHO is talking, but it has to AGREE to the item being possessed. So the gender of the owner does not matter at all, but the gender of the item being referred to is what matters

Note that the possessive adjective changes based on the gender of the noun (père = masculine, mère = feminine)

The same possessive determiner was used regardless of who owns it, whether the owner is masculine (his) or feminine (her).

• Another important thing to know in French possessive adjectives is that the first letter of the item or noun being referred to also matters. If the noun being possessed begins with a vowel or the letter h, it automatically uses the masculine possessive form.

Here's a little table to illustrate the previously mentioned points.

*mon, ton and son are used in with nouns that begin with a vowel or the letter h.

A step-by -step guide to possessive adjectives in French

Here is a quick and easy step-by-step guide to help you choose the correct possessive adjective when  speaking
French:

Step 1: Pick out the possessive adjective based on the subject. It could either be:

Step 2: Among the remaining options based on the choice you made for step 1, choose the possessive adjective
based on the gender and number of the object that you're talking about.

For example, you are talking about your dog (or chien in French). Use mon chien if there is only one dog and it
is a male dog. If it is a female dog, use ma chienne. But if you have many dogs (whether they are all male, all
female or a mix of both), you use mes chiens. What your gender is (male or female) won't matter at all.

So there you go. If you still find it hard to wrap your brain around this subject, make it a habit to keep practising
and familiarizing yourself with the French rules. Trust me, it's not as difficult as you might think.