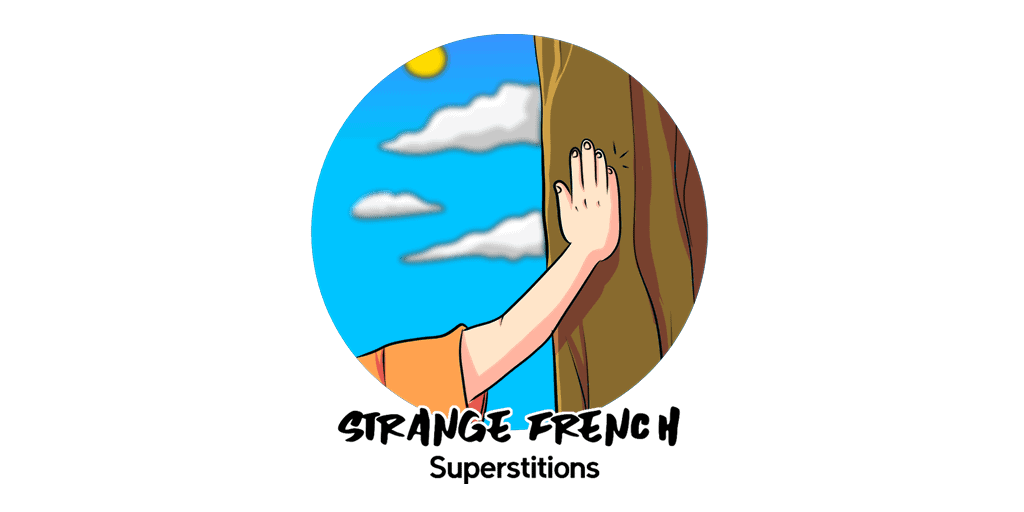 The French are known to be some of the most superstitious people in the world. Superstitions are rooted in the French culture, with many of them dating far back far in history or based on religious beliefs. Even with forgotten origins, French superstitions influence how many people live their lives.

We all need a bit of good luck sometimes – most times. Luckily in France, there are plenty of ways to start to sway odds in your favor:

Ok, when you first hear about the superstition of stepping in dog poop, it might not sound so appealing, until you begin to understand the reason for it.

The French love their pets, so be sure to watch the ground while walking around the neighborhood to avoid droppings as much as possible. But if by chance you can’t avoid it, there’s a 50-50 chance that you might have just stepped into some good luck!

The French superstition of toucher du bois, or to knock on wood, doesn’t seem strange on the surface since many other countries have the same superstition in their respective cultures. But are you familiar with the origin of it?

In the past, the French believed that spirits lived in trees. Touching the trees is an acknowledgment of the spirits and puts protection over you from evil spirits. Since most of us don’t live in forests, simply knocking on a wooden desk or wall is imagined to bring us the same fortune.

In case you’re not near anything wood, it’s acceptable in France to say toucher du bois while touching your head!

The superstition also has connections to religion. The famed Jesus cross was made from wood – touching wood is symbolically touching the cross for good luck.

Le sel, or salt, is tricky in France – it can bring good luck or bad luck, depending on what you do. If you’re looking for good luck, throw salt over your left shoulder (remember what we said about the left side?).

Many countries use the horseshoe, or fer à cheval, to symbolize good luck. In France, the same luck will follow everywhere there is a horseshoe present. There are several origins of the superstition, one of which draws a connection between the iron material of the horseshoes and iron in our bodies.

There are plenty of uses for horseshoes in France. Take note while walking into a building, and you might see a horseshoe hanging above the doorway. Horse shoes are also a great home welcoming present to bring good fortune into the new household.

In France, there are also a few strange superstitions to watch out for if you want to avoid the inevitable bad luck that follows them.

The French are some of the best bread-makers in the world – just watch how you set the bread down on the table!

Putting bread upside down on the table, or mettre le pain à l’envers sur la table, is a sure sign of bad luck. Many people believe the superstition to cause future famine in the household or even death. While it may sound far-fetched for just being bread, the origin makes it one of the strangest French superstitions for bad luck.

In the past, French bread-makers would make one last baguette before closing, signified by putting it upside-down on the table. Bakers reserved the last loaf for executioners, often headed towards a public beheading.

Following the superstition, you never wanted to signal your house guest that it was the last loaf, or that you’re expecting an execution.

To walk under a ladder, or passer sous une échelle, is something avoided by people in many countries around the world. The French, however, have a few thoughts about the origin tied to the old days in France and religion.

As mentioned about the bread, executions often occurred in France. When crowds would “go to the gallows” for an execution, there were two routes to take. The executioner and the person to be executed would arrive by walking under a ladder. The public onlookers instead walked around the ladder.

Salt, or le sel, can bring good luck and bad luck. While tossing salt over your left shoulder will cure you of bad fortune, spilling salt will surely bring the opposite.

In the past, salt was a very scarce resource around the world. Only affluent people could obtain salt, and therefore it was in high demand for the value it held. Just as you wouldn’t want to waste your money today, wasting salt was the equivalent for a brief moment in history.

But don’t worry – if you accidentally knock over salt, throw the spilling over your shoulder to cancel out the bad luck.

We’ve compiled a list of vocabulary for French superstitions so you’ll be ready in either scenario. Check it out below.

What other French superstitions can you think of? Do you have similar superstitions in your country? Let us know in the comments!

French Weddings: Everything You Need to Know About Wedding Celebrations in France

Previous Post A Guide to the Different Varieties of French Used All Over the World Next Post French Negotiation Vocabulary: Useful Phrases to Negotiate Successfully