Are you struggling to write in French? Getting confused with which accents to use and which words have them? Well, here are some tips to help you overcome these challenges. 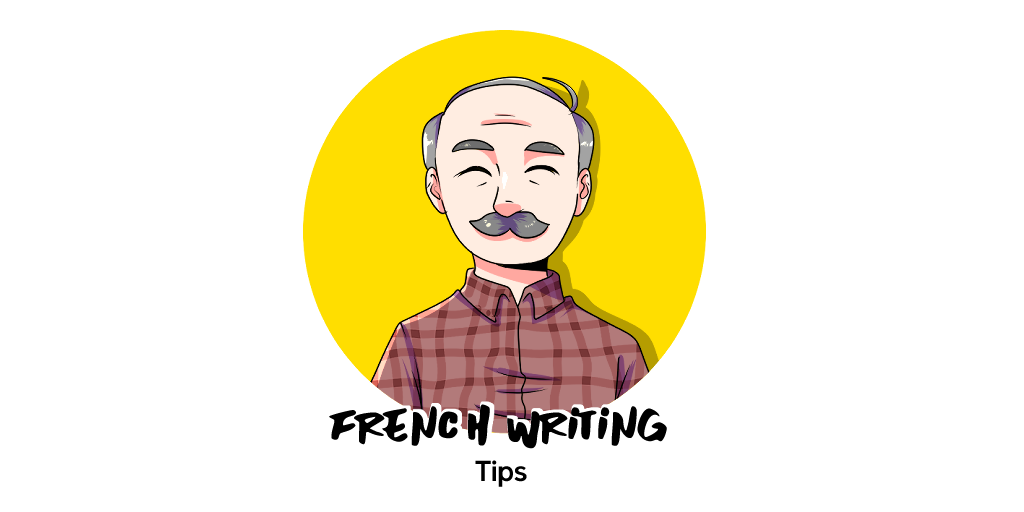 No matter what you are writing, it is always advisable to read through someone else’s work beforehand. Think of reading as a form of research. By reading in the language that you are trying to write in, you will be able to see how sentences and paragraphs are structured so that you can imitate them in your own work.

If you find the idea of reading in a foreign language to be daunting, you should take a look at some of our tips for reading French.

If someone is offering you criticism in a constructive way, then you should take what they are saying on board. Most people will offer advice on how to improve your work.

It is always a good idea to have a second person look over your writing because it is so easy to make mistakes and not realise. Even the most experienced and fluent writers can accidentally miss a word, or spell it wrong.

So listening to the feedback that you are given by those who read over your work will definitely help you to improve your French writing skills.

If you don’t have anyone available to give you support because they aren’t able to read what you are writing in French, it is a good idea to join a course such as this one. This is because it offers you feedback that will help you to improve.

As with everything, the more you write in French, the easier it will become. So, it is best to do so frequently and look back over what has been written to make sure that you aren’t repeating the same mistake.

One idea to practice your French writing skills is to keep a diary. This is something that a lot of people do anyway, but have you ever considered writing it in another language, especially if you are learning that language?

Not only will it allow you to practice without anyone seeing the beginning stages, but it also means that unless they speak French, no one else will be able to understand what has been written.

Another common way to practice your French writing skills, that will also mean that you have someone who doesn’t know you but is able to correct your mistakes, is to get a penpal.

This is fairly easy to do when using the internet because there are websites that have been set up specifically with this goal in mind. So, it is safe for you to contact someone who is pretty much a stranger and begin to write to them to improve your writing skills.

An example of a website that you could potentially use is mylanguageexchange.com or frenchness.fr.

Remember What You Are Writing

As in English, you need to differentiate between the different audiences and reasons for writing. These can influence the language that is used as well as writing an essay and letter writing can be very different.

It is important to remember that they are very different forms of writing, and as such, they require different formatting and structuring. So, when you first start to learn to write in French, it is wise to learn the expectations for each form.

Additionally, you will want to check your formality when writing letters or documents that will be relating to work because it will require a more formal tone than if you were writing to a friend or for yourself.

There are more resources that will look more closely into what is required of letter writing and essay writing available.

Different languages set out words and phrases differently. For example, a sentence that would make sense in English may have the completely wrong syntax when written the same way in French.

This is why it is best to practice your writing and read as much as you can in the language which you are learning.

It is a good idea to look into how you can rearrange and reword sentences so that they mean the same thing, but the words are in a different order and make a bit more sense for the language they are written in.

An example of the different sentence structure is that the adjectives in French predominantly follow the noun, instead of preceding them. Although, there are almost always exceptions to the rules which you will need to learn.

More information on this can be found here.

As with any form of writing you need to have a firm grasp of the vocabulary that you are using so that you can form complete sentences.

French nouns are either male or female, whether they are animate or inanimate, which affects how the other words interact with them. Before you begin writing make sure that you know which gender the word you are using is so that you don’t make a mistake when writing.

If you are uncertain about how to differentiate between the male and female words, there are courses, such as this one, which you can take to improve your understanding of the topic.

It is easy to misspell a word, even in your own language, so it is important when you are writing in French to spell the words correctly. By misspelling, you could potentially change it into a new one that won’t work in the context of your work.

For example, one word that a lot of people struggle with in French is les chaussures, meaning shoes. So there is a need to use whichever method works best for you and double-check your spellings as you go.

Accents are a very important part of learning French, they influence the pronunciation of the words. They are also possibly the most difficult part of learning to write French because you need to remember their positions in the words as well as which ones are used.

The most common accents that you will find in French writing are associated with the letter “e” as it affects the sound of the entire word. For example in mère meaning mum, the “e” sounds completely different from the “e” in été meaning summer.

Also when using the accent “^” it can sometimes be used in words that have dropped the “s” in the translation from English to French, for example, hôpital for hospital and forêt for forest. Although this isn’t always the case, it is best to check first if you are unsure.

When writing anything you really need to know how to connect your thoughts and move from one topic to the other. Learning the vocabulary to help transition between paragraphs and sentences is vital, otherwise, a lot of what you are wanting to say won’t make much sense or will appear too jarring.

Some of the transitional words that you can use are alors que meaning whereas, or je crois que meaning I think that. Should you wish to learn more they can be found here.

Many different factors need to be taken into consideration when you begin to write in French. You must practice your writing skills and ensure that the vocabulary you use is best for the type of writing.

If you are still a little uncertain about how different phrases can shape your writing, check out these edited essays. There you will be able to see how French writing differs from writing in English, as well as how it is preferable to use different words in different contexts.