French Direct and Indirect Speech: 5 Things You Should Know 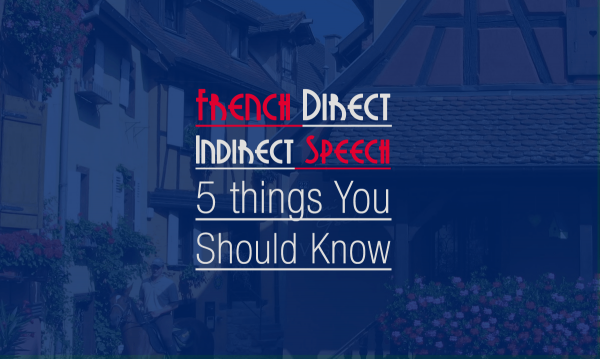 Are you ready to learn about French direct and indirect speech?

Here in this lesson, we've simplified the rules to make learning about French direct and indirect speech a breeze for you.

So sit back and let's enjoy this short lesson, starting with this little gem from Henri le Chat Noir, a cat  quite famous on the internet for being too French for his own good. 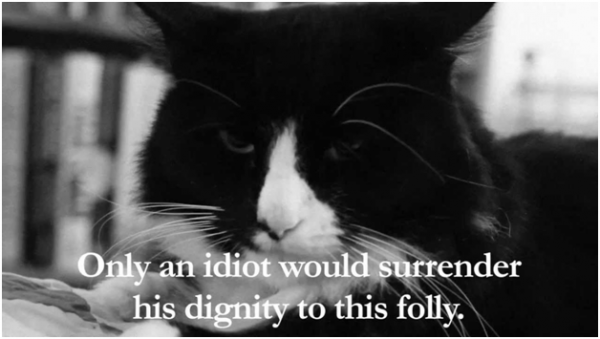 Henri says, "Only an idiot would surrender his dignity to this folly." ...This is what direct speech looks like.

Henri says that only an idiot would surrender his dignity to this folly. ...This is indirect speech.

Notice the difference? Of course you would. The first one uses exactly the same words Henri said: verbatim and using quotes. In the second one, the speech was reported with no quotations, with the help of a subordinate clause.

And that, ladies and gentlemen, is the direct and indirect speech for you. (Thank you, Henri for the help)

The good news is, it works the same way in French as in English.

Here are other things about French direct and indirect speech that you should know about.

1. Direct speech is a piece of cake.

Seriously, it’s a no-brainer. Here, take a look at this example.

See? It’s about as easy as crossing the street for this pigeon.

Which leads us to number 2.

2. Indirect speech is made up of a main clause, followed by a subordinate clause introduced by the relative pronoun ‘que’.

Or qu’ beside words that begin with a vowel or mute h just like il or elle.

You know how it is when you think everything’s going smoothly and then life suddenly doubles back and hits you in the gut for no reason? This is one of those times, unfortunately. Just when you thought you had it easy with direct speech, here comes indirect speech which is a lot more complicated and tedious.

Indirect speech requires some grammatical changes, in French just like in English. So expect some changes in the following parts of speech:

Easy enough, but wait til it gets better. The example is in the present tense with the main clause ‘Corey says’ or ‘Corey’ dit stating a present event. But if it is in the past tense, you have to change the tense of the verb in the subordinate clause too.

Okay, now quit screaming. This will be over soon, I promise.

4. Reporting verbs are the ones which usually appear in indirect speech. Here is the list of the most common ones.

You didn’t think we’d end this article without talking about questions, did you? Of course not. When it comes to changing a directly stated question into a reported one, the main rule is very simple: it becomes a statement (obviously!)

Here is another rule: If there is no question word in the sentence, the word si which corresponds to if or whether is used instead of que.

So with that, we end our discussion. Questions? Need clarifications? Contact us in the comment section, we will reply as soon as possible.