Why I don’t share the pronunciation of French Words on social media?

The number one request I get on social media (Twitter and Facebook mostly) when I share a new word is ‘Please add the phonetics’  But I don’t plan to do it; because this is the wrong way to learn French Pronunciation. I shall explain why in a moment, but first, allow me to give you two options about French pronunciation with phonetics. 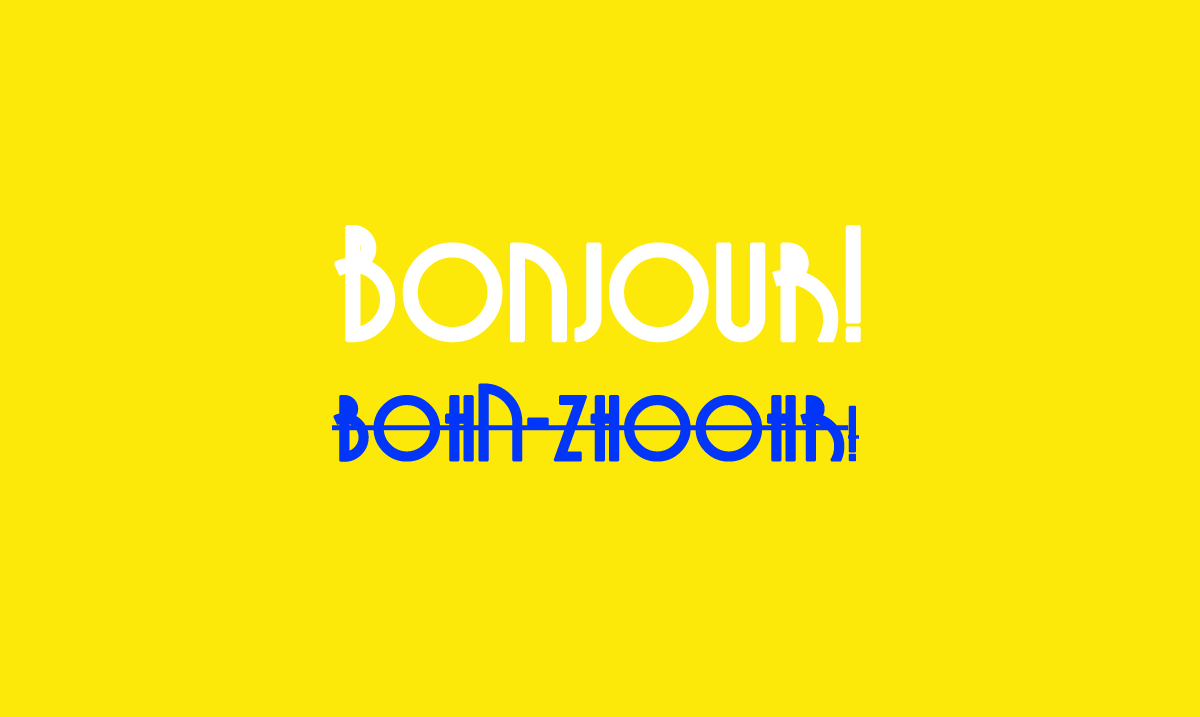 I am sure that most of you have come across this at school when trying to learn a foreign language. It can be very useful when you first encounter a new language and have to learn it on your own.

But let’s face it, most learners, once adults, forget the rule. You have to study all over again once you want to relearn a language.

The only interest will be when you face some very unusual words, but, even for that, I don’t really think it is really necessary to focus on it.

Some books and websites want to teach you French by supplanting the French Pronunciation with the nearest English Equivalent.

Firstly, this pronunciation does not appear very accurate to me. Moreover, you will learn the English Equivalent without even attempting to say it in a French manner.

It is this sort of intellectual laziness that a committed learner should avoid from the outset.

The only exceptions would probably be tourists, who just want to learn a few basic words in French for simple communication, but even they should practise listening. If you ask the direction in French, but you cannot understand the answer, then what’s the point?

3. Learn with phonetics add a layer of difficulty

No matter which method you use, learning pronunciation with phonetics will mean extra difficulty for you. In French, you will have to learn the spelling, the gender, and if you have to refer every time to phonetics to know how to pronounce it, it will be too much! Learning the pronunciation foundation in French will remove this « layer » of study.

4. Pronunciation has a foundation. Just learn it.

I am not asking you to be perfect at pronouncing French after one or two hours of learning it. But you should at least be able to be understood by others. You can tweak your pronunciation over time by practicing with people. When you hear people speaking in French, sooner or later you will catch the flow, the rhythm, and the intonation by copying the way they talk.

5. Pronunciation is important; to a certain point

Again, you don’t have to be perfect at French pronunciation. I’d rather have someone who has a cute foreign accent than someone with perfect pronunciation who doesn’t have the vocabulary to express their ideas.. Focus on what matters the most: Vocabulary, Tenses, Listening Comprehension….

6. Learning the pronunciation rules will boost your listening comprehension

I have noticed a strong correlation between people’s understanding of French pronunciation. When you understand how people pronounce the word you will be able to make the connection with what you learned before. If you just learn phonetics without knowing the liaison/link rules (when we connect two words together) you will have a hard time understanding. Trust me on this.

It is much better to spend few hours learning French pronunciation than always keep asking for new French words without understanding how it works It’s a bit like math, where you learn that 2+2=4 by rote, instead of having to understand the underlying logic behind it.

7. Learning French pronunciation rules is a sign of commitment

When someone asks me ‘how do I pronounce this French word’, I always redirect them to the French Pronunciation Guide that I’ve created.  It saves me a lot of time (if I had to answer this question for everyone who asked, I couldn’t write and publish articles here !) but, more importantly, it will give me a sign that they are truly committed to learning French, and not being this type of student  ‘I watch Amelie from Montmartre and now I want to learn French’. Learning a language is not all rosy. You will face many challenges, and it is better to test yourself by spending few hours learning French Pronunciation, rather than some random phrases or words.

8. If you really want to learn French Pronunciation what should you do ?

Step 2: Practice with someone if you can find them. There are some websites for that, just type penpal/language partner on google and you will find them.

Step 3: If you can’t find someone, at least try to listen some French radio with transcription - like RFI journal facile

Step 4: Being proactive about learning a language is important, I am really committed to helping you, if you show me some sign of your commitment. If you ask me relevant questions, such as ‘why is it in this situation you pronounce this in French and not this?’ I will definitely answer it, but if you ask me for some random words, I have two options.

I know it all sounds harsh, but I wrote this article as a precious resource that will help me to save time later when people ask me this question again You have to understand that I have a limited amount of hours per week, and want to make a positive impact on those who are really committed to learning French. I will be so disappointed if somebody gave up on learning French despite spending time on it.  However, if I see you are a motivated French Learner, I will have infinite patience for you. 🙂