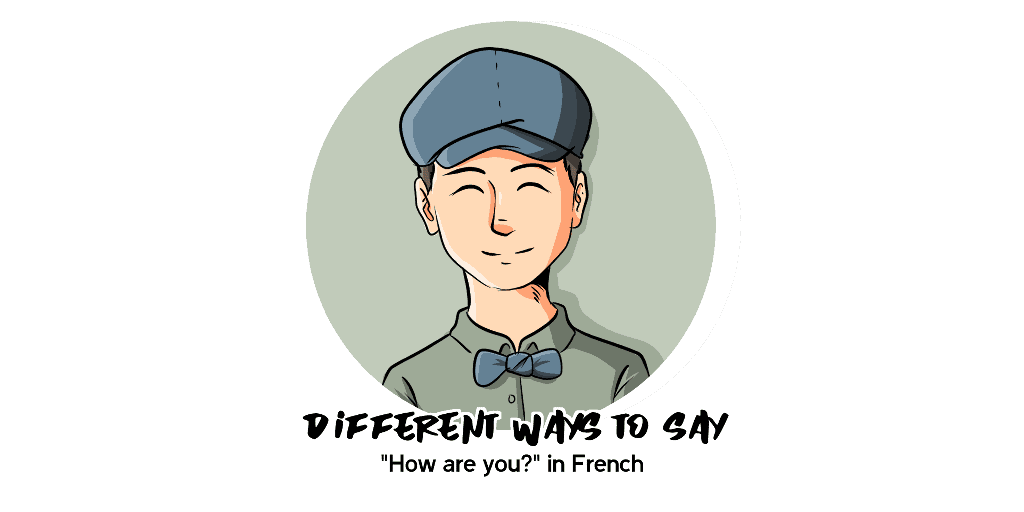 The following four phrases are some of the most commonly taught and used ways to say “how are you?” in French.

This is by far and away one of the most recognised expressions in French. It’s always among the first few phrases that anyone learning French will learn. It literally means “how are you going?”

This expression is perhaps the safest and politest way to ask someone how they are, as it can be used in a variety of settings and it’s also used when asking a group of people.

The informal form of this expression is: Comment vas-tu? However this expression is a little awkward as it uses an inversion – inversions are typically used in formal structures. In addition there are a number of other informal ways to ask someone how they are.

A friendly way of asking “how are you?” is to use “comment ça va?” It literally translates as “how it goes?” - meaning “how’s it going?” This expression is mostly used with family and friends, or anyone that you use tu with, but it’s generally a safe bet to use with anyone really.

Removing the comment from “comment ça va?” makes this expression informal. However it can be used in a wide range of different circumstances, so it doesn’t necessarily need to be reserved for use with family and friends. Literally translated this expression means “it goes?”

This expression is often used in a similar way to the “how are you?” greeting in English. Meaning that it’s used more as a way to say hello, rather than asking someone how they are. Don’t expect a long or detailed answer to this question.

This expression is used with people that you know reasonably well, and who you want to check in with beyond a “comment ça va ?”

Some other expressions include:

This expression literally means “what are you doing?” - but it can be interpreted to mean “what are you up to?” It’s used informally with family and friends.

The shortened version is: Que fais-tu? This literally means “what do you.” Once again this is a casual expression that you can use with people you are close to.

While this expression isn’t commonly used, it can be used in informal situations with someone you are close with. It’s used to ask “what’s up?” or “what’s happening?” in specific situations, where you notice that someone appears confused, worried or stressed, or clearly doesn’t feel well.

From these commonly used expressions we move onto the more informal and colloquial expressions used in everyday French.

This expression literally means “What’s new?” or “What’s up?” It’s one of the most commonly used, casual ways to ask how someone is. This is best used with friends or close acquaintances.

This may seem like a strange expression, but the French like to use the word beau in a number of situations. This casual expression conveys a positive meaning - you’re essentially asking someone about all the wonderful things happening in their life.

This expression is extremely informal and as such should be limited to use only with family and friends.

For some, this expression is a little outdated. But it could be a good laugh or a conversation starter if you use it with the French – they may be surprised that you know this one!

This a colloquial way of asking how someone is. This expression can also be used to ask about how a  specific situation is going. It literally translates to “it’s rolling?”

This is yet another interesting and informal expression - similar to “ça roule?,” “ça baigne?” translates to “it bathes?”

If you know that someone has been under the weather or has had a problem, you can use the following expressions to ask how they are or how they’re going.

Comment vous sentez-vous ? (How are you feeling?/How do you feel?)

This is a great expression to use when you want to ask someone how they’re feeling. This expression is used in more formal contexts or if you’re asking more than one person. It’s used to show concern when asking someone if they’re feeling better.

The informal form that can be used with friends and family is: Comment tu te sens ?

See also: How to Make Small Talk in French

If someone looks like they might not be doing well, you can ask them “Qu’est-ce qui ne vas pas?” The literal translation of this is “what is not going?”

This expression is best used with friends or people that you could comfortably ask about their problems or difficult situations.

This common expression can be used both formally or informally in a variety of situations. It’s literal translation is “what is there?”

This is the negative form of “ça va.” It can therefore be translated as “how is it not going.” This is an informal expression used with friends or people that you know well. Like the previous expressions, it’s used when things do not appear to be going well for someone.

See also: 40 Essential French Phrases to Master Before You Head Off to France

Et voilà! That completes our list of a number of different ways to say “How are you?” in French. Variety is the spice of life, so we encourage you to try as many of these expressions out as possible.

What about you? How many of these expressions have you used? Which ones are new to you? Let us know in the comments!