Paris is a modern metropolis with surprisingly lots of green spaces spotted around the city. If you’re visiting Paris, visiting the urban parks will give you a new perspective of the city and more appreciation for its beauty.

While it may be impossible to visit them all in one trip, these are some of the must-visit parks in Paris. 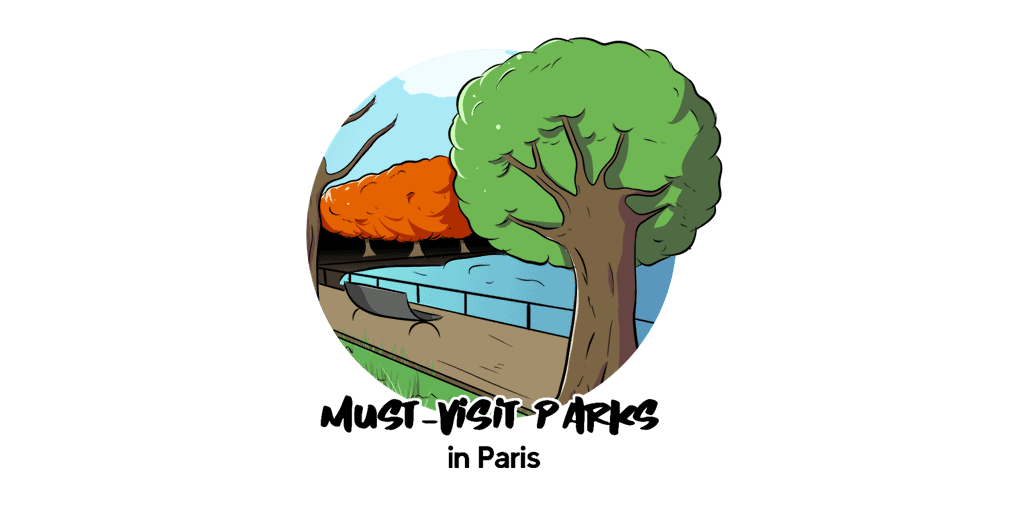 You can’t visit Paris without stopping by the famous Eiffel Tower. For the best views of the tower, you can check out Parc du Champ-de-Mars, located at the tower’s base.

Parc du Champ-de-Mars is an extended stretch of green space between the Eiffel Tower and the École Militaire. It’s the most popular park for tourists as it’s almost unavoidable for those visiting Paris’s main attraction. 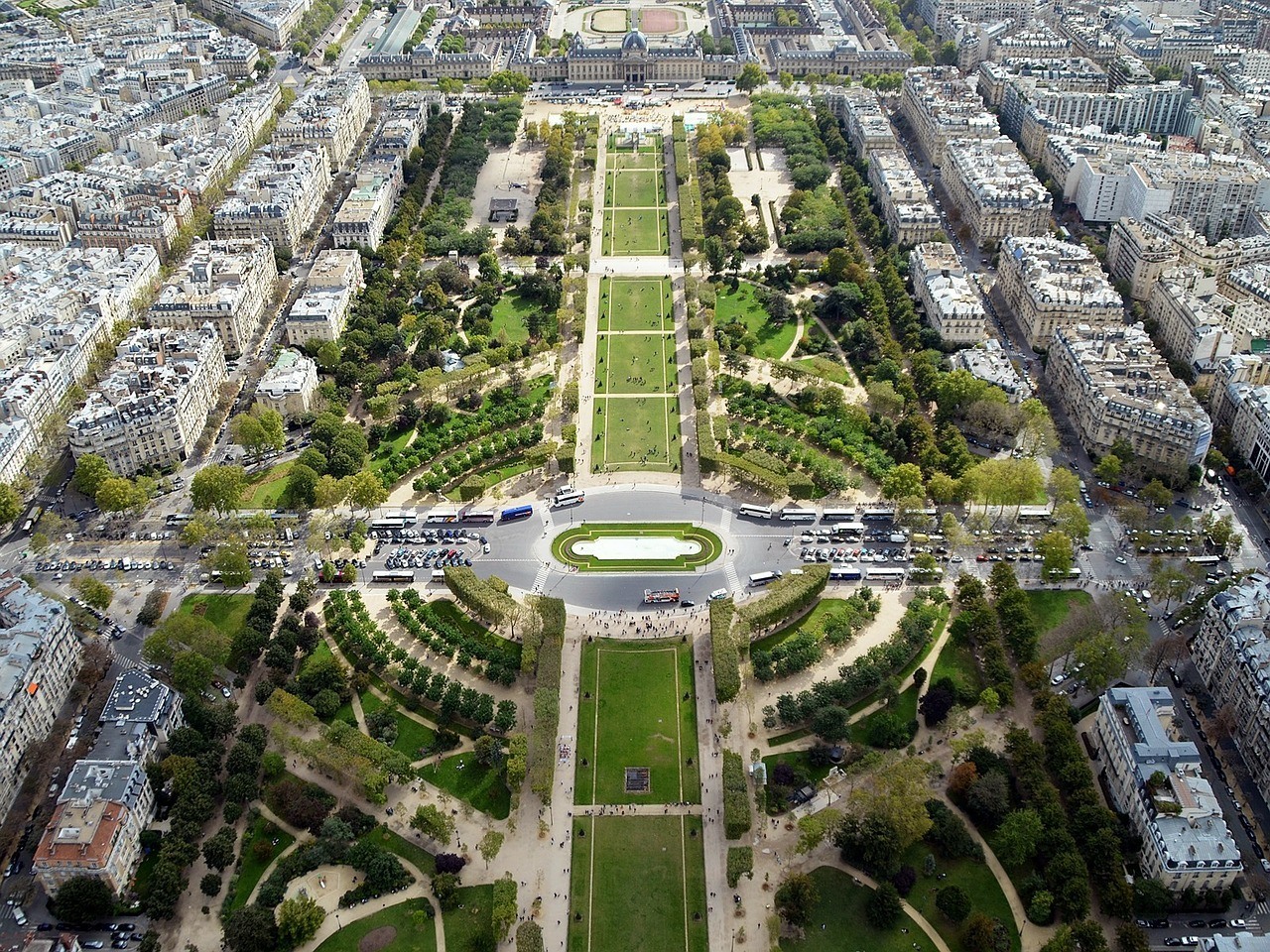 Image by herry wibisono from Pixabay

The park is an excellent location for relaxing on a hot summer day, with lots of seating areas to break from sightseeing around the city, having a picnic, or admire the beautiful sights.

Parc du Champ-de-Mars is where many national events occur, being a prominent gathering place for celebrations such as New Year and Independence Day. Throughout the year there are various festivals and local events also happening at the park.

Parc Monceau showcases a glimpse into the affluent side of Paris. The park is in a quiet residential area in the 8th arrondissement, surrounded by mansions. Enter the park through one of the nine elaborate gated entrances to one of the most beautiful parks in the city.

Parc Monceau is a green space filled with unique decoration – building-like ornaments, statues of notable Parisian figures, and visitor facilities to maximize their time in the park. An overhead view of the park reveals an untraditional style of design, more closely related to English-style parks with curved walkways winding throughout the green space. 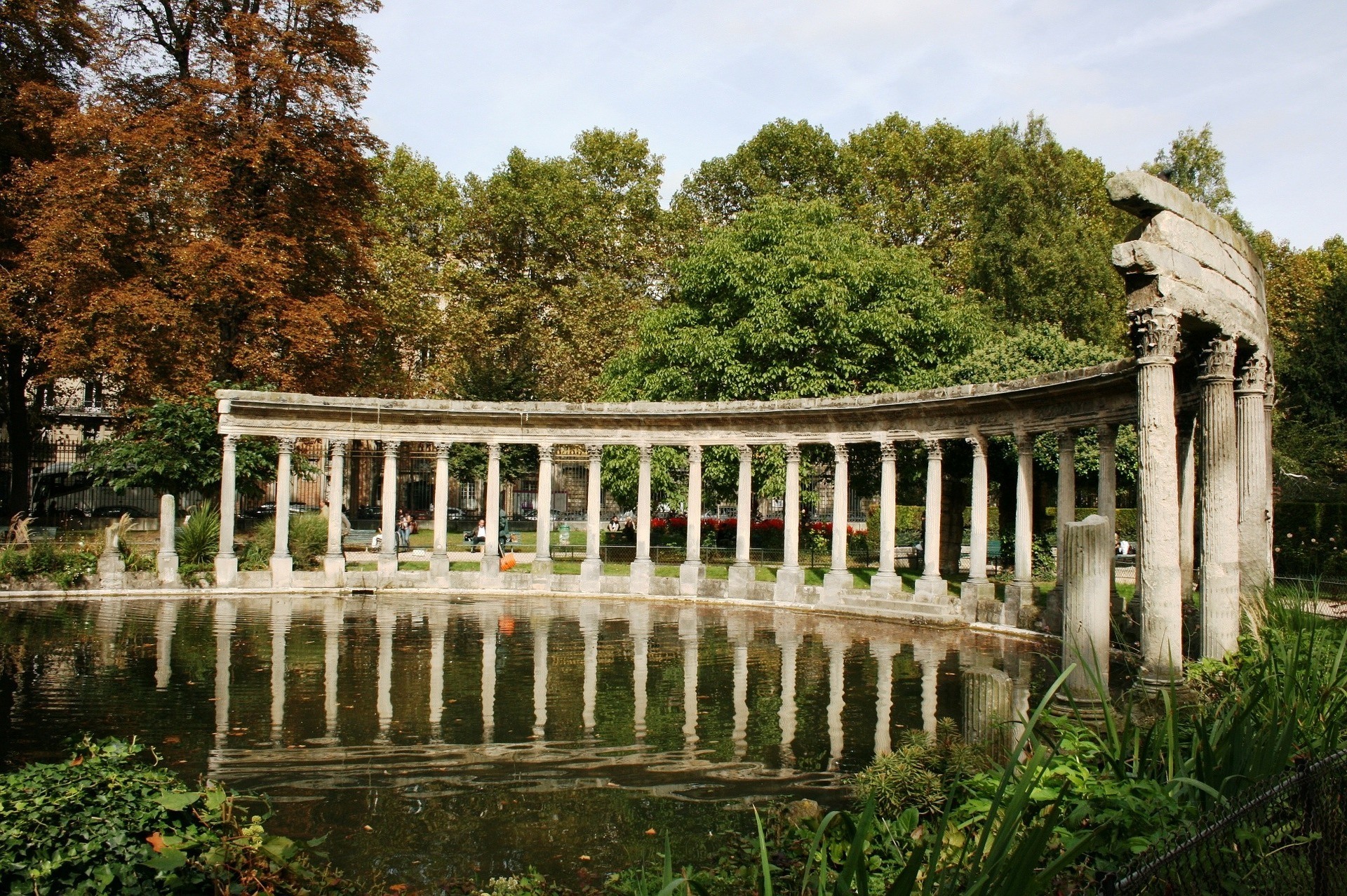 Be sure to check out the picturesque landmarks within the park, including the mini-pyramid, Chinese forts, and Roman ruins.

The park is excellent for all ages, with designated play areas for kids and free WiFi to keep you connected.

Parc de la Villette is much more than the typical Parisian park – it’s home to a large concentration of cultural venues. While most other parks in the city are for relaxing and beautiful scenery, this park is a destination to discover art, music, performance, and other entertainment.

Image by skeeze from Pixabay

There are still opportunities to experience some of the greenery within the park. Designers established themed gardens throughout the park, such as a Dragon-themed garden with a dragon sculpture, and a Bamboo garden.

Parc de Bagatelle is a beautiful oasis of lush greenery. Built in 1775, it’s the oldest park in Paris and one of the four botanical gardens in the city. The scenic park is most famous for the rose garden – visit in June when more than 10,000 rose bushes are in full bloom and exhibit a beautiful array of colors and scents from 1,200 flower species. 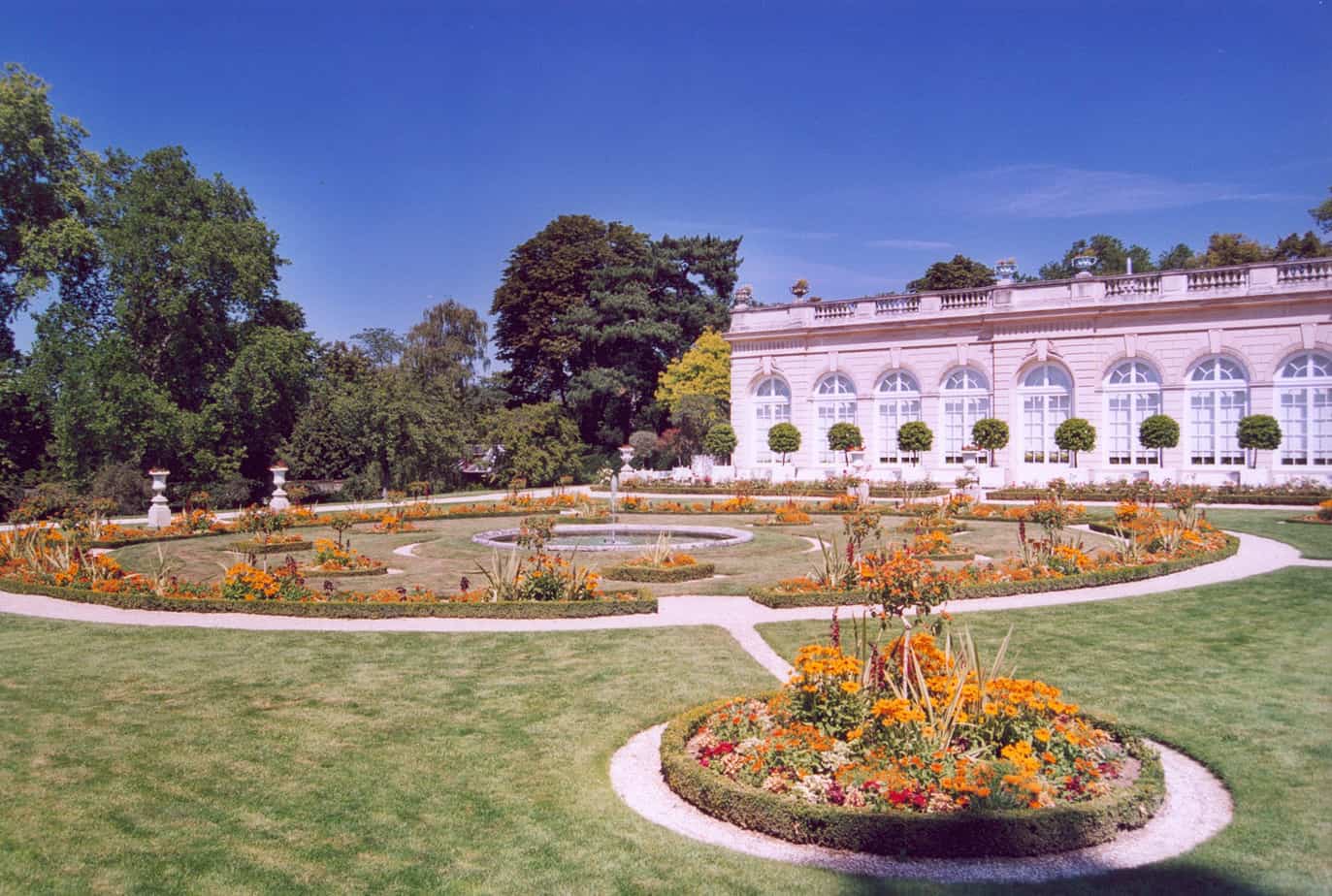 Parc de Bagatelle features several walking paths and lots of places for relaxing and enjoying the scenery. The decorative park includes an artificially-made waterfall, caves, ornamental bridges, and even a Chinese Pagoda. Take a stroll around the park, and you’ll encounter peacocks and other small birds to add to the atmosphere.

Although the park is open all year, most people come during the Spring and Summer months, where the park hosts various exhibitions, concerts, and other events.

Head south to the 14th arrondissement to discover Parc Montsouris, a massive urban park for escaping the bustle of the Parisian metropolis. Napoleon III built the park in the 19th-Century, reserving a green space for relaxing and recreation during a major boom in the city’s population. He achieved the purpose, and the park remains a top destination for locals and visitors.

The landscape of Parc Montsouris includes extended lawns, open fields, a lake, and tree-covered walking paths. Points of interest in the park include the Meridian of Paris monument – symbolically marking the center of Paris, a theatre, and several other bronze and marble sculptures scattered throughout the park.

Parc Montsouris is open all year long and a common area for joggers to exercise of families to enjoy leisure activities on the park grounds. 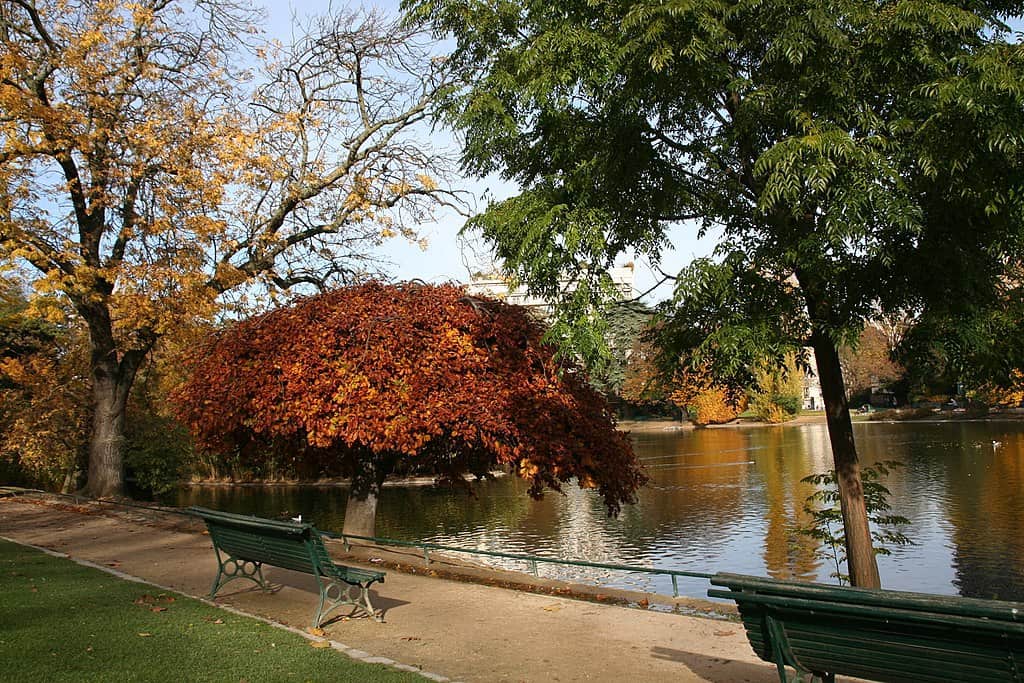 Located in the 19th arrondissement is Parc des Buttes-Chaumont, one of the largest parks in Paris. The park opened in 1867 and features some of the best architectural landmarks of all the local city parks. 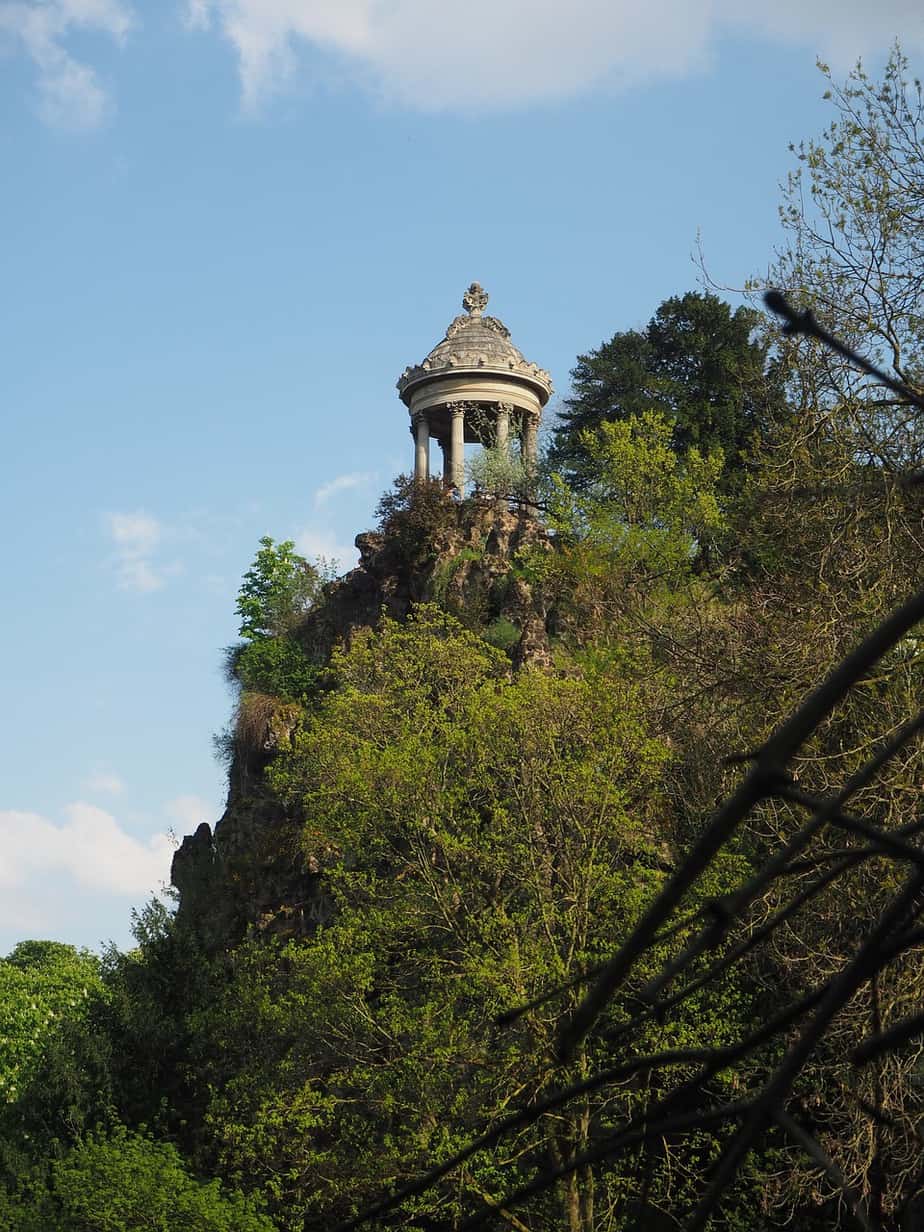 Image by sophianovita from Pixabay

Parc des Buttes-Chaumont is open all year long, providing visitors lots of scenic beauty for enjoying the park’s landscape and other sights. The broad promenade is perfect for relaxing, sunbathing, and enjoying leisure activities. There are plenty of walkways leading joggers and walkers around it.

Famous Paris architects built many of the architectural landmarks within the park, including Gustave Eiffel and Gabriel Davioud. The most notable feature of the park is the famous Temple de la Sibylle. The temple rests on an island overlooking the artificial lake.

One of the newest parks established in Paris is Parc Rives de Seine. River Seine runs through the heart of Paris, with the park area designated for a stretch of 7km on both sides. It’s one of the only parks designated as a UNESCO World Heritage Site in the city. 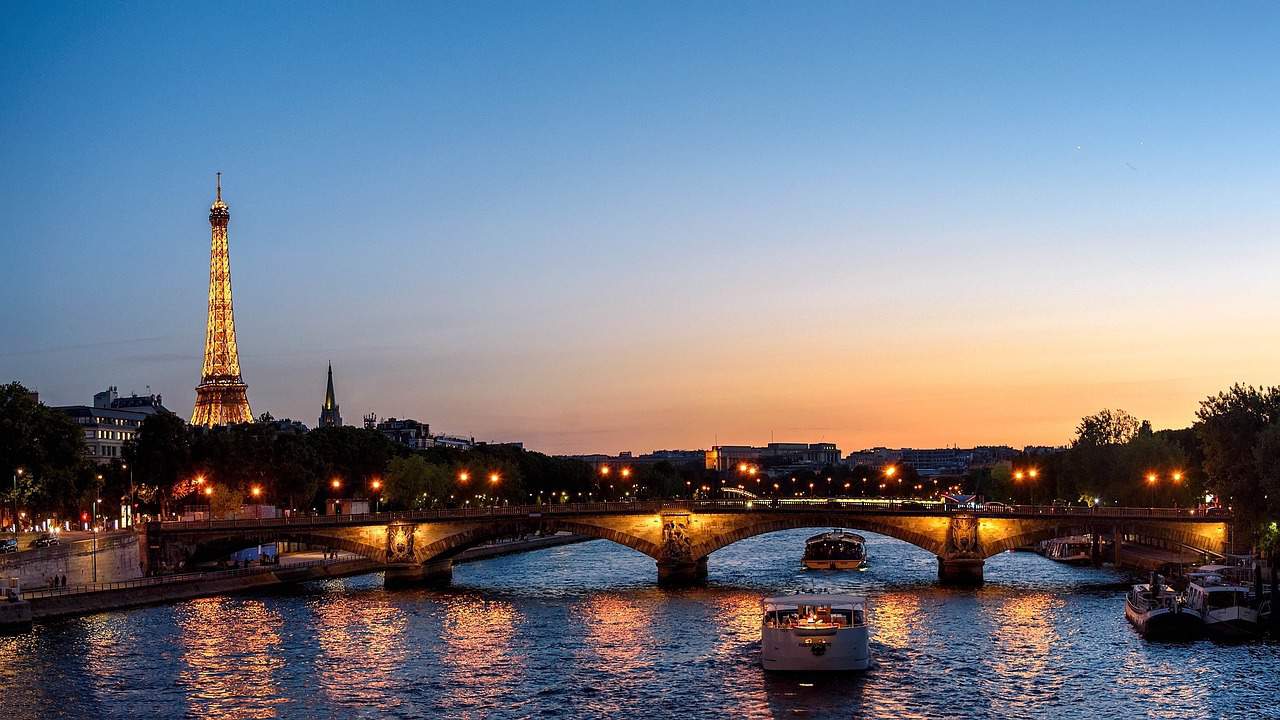 Image by skeeze from Pixabay

An extensive pedestrian and biking area developed along the river banks encompasses the area of the park, so there is no vehicle traffic disturbing the peaceful setting. In addition to the paved pathways, many plots of grassy areas were included and set up with picnic tables, playgrounds, and hammocks for relaxation.

Boat tours are available to cruise along the river, where you’ll pass under beautifully designed bridges and views of some of the top Paris attractions such as the Eiffel Tower and the Louvre.

Do you have a favorite park in Paris? Let us know in the comments why it’s a must-visit! 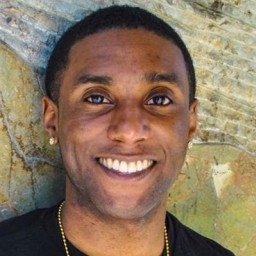