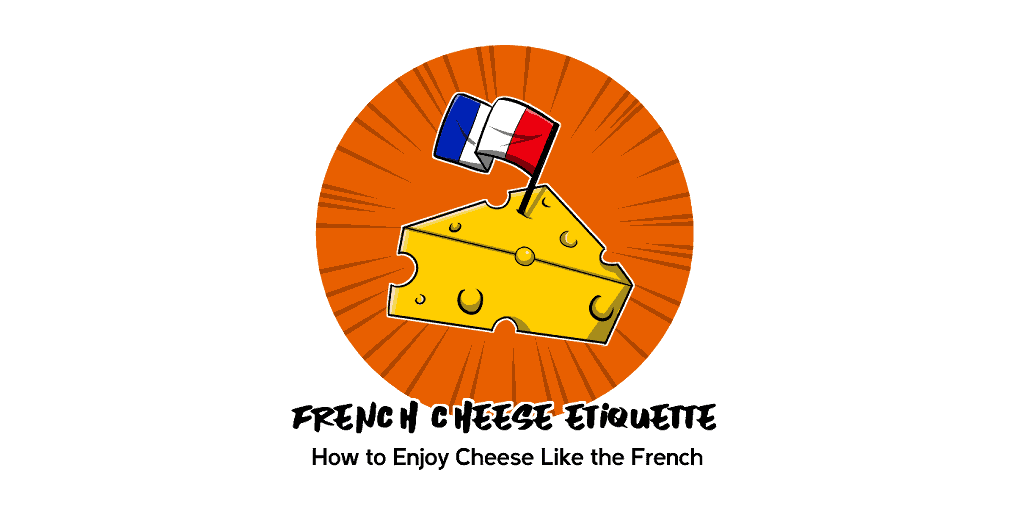 It’s safe to say that the French have a love affair with their cheese. Cheese plays such an important part of French culinary culture – that it’s hard for them to imagine life without it. It’s estimated that 96 percent of French people eat cheese, and almost half of them eat it daily.

There are so many French cheeses on offer that it’s hard to know exactly how many there really are. Estimates range from anywhere between 250 to 1000 different kinds of cheese! 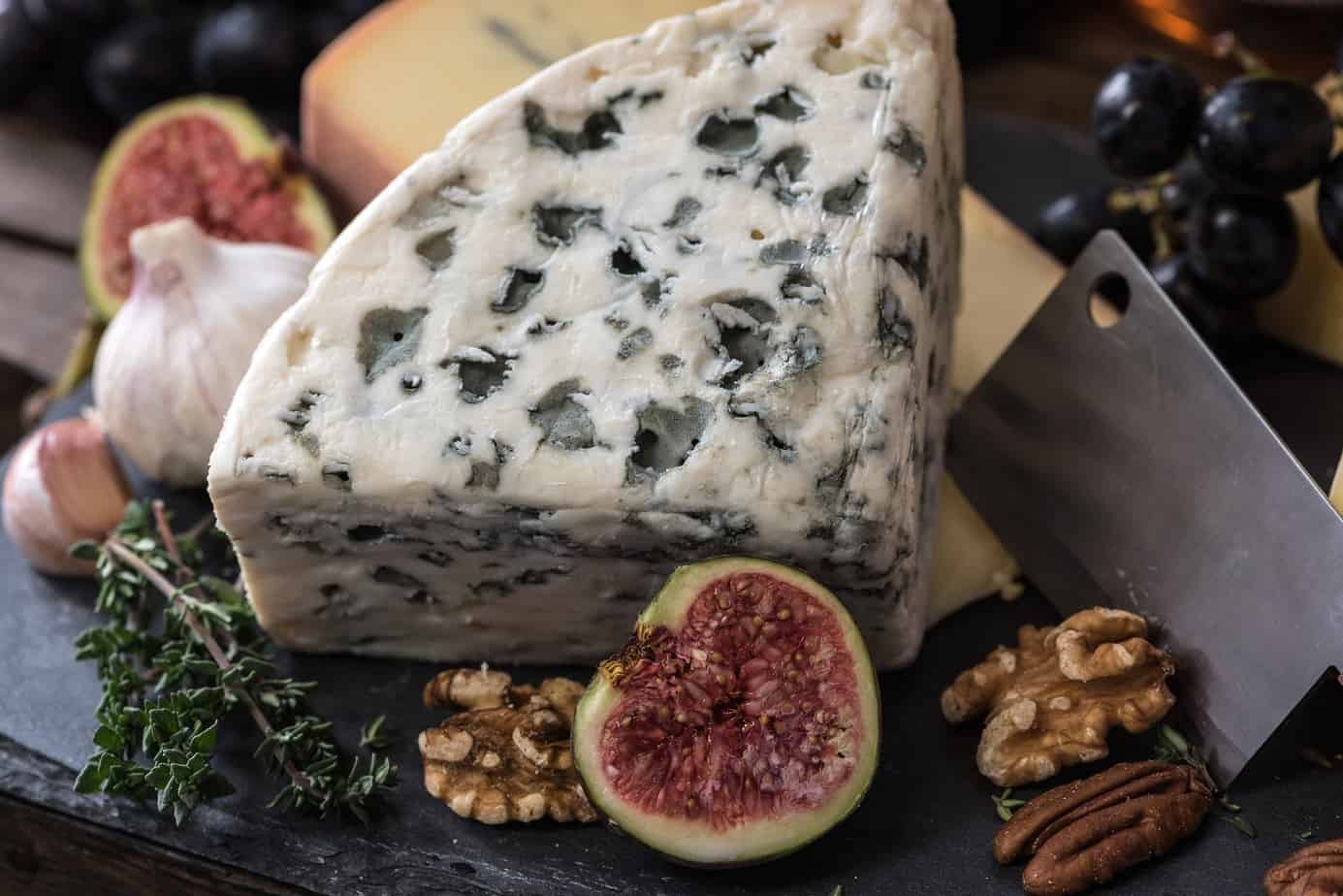 During the middle ages in France, it was the monasteries that began the tradition of French Cheese. The monks took great pride in and were meticulous in their production of it. As time went on, farmers refined the art of producing milk, extracting the curd and after much experimentation, created a huge variety of different types of cheeses - all with different regional flavors and characteristics.

Thus the art of cheesemaking in France was born. 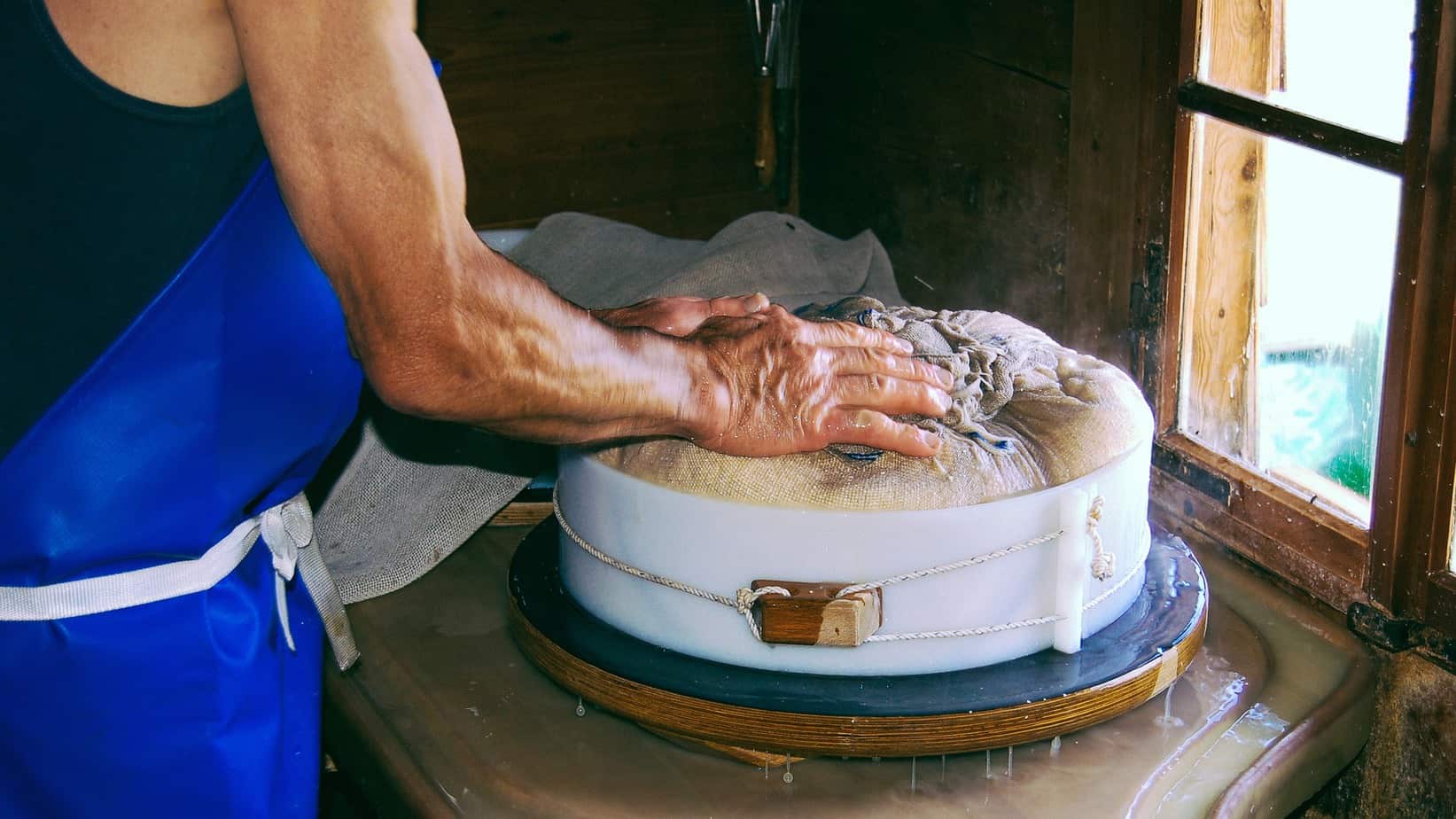 Each region in France has produced its own variety of cheese. The different cheese varieties are largely influenced by the climate, and are made with three main types of milk: cow milk (lait de vache), goat milk (lait de chèvre), and sheep’s milk (lait de brebis).

Below is a list of the seven different types of French cheese and some examples – this is by no means a comprehensive list! There aren’t enough hours in the day to list every single French cheese known to man! For more information about the Best Cheeses from France check out our blog post.

Learn more at French Cheese 101: Beginner's Guide to the Best Cheeses from France 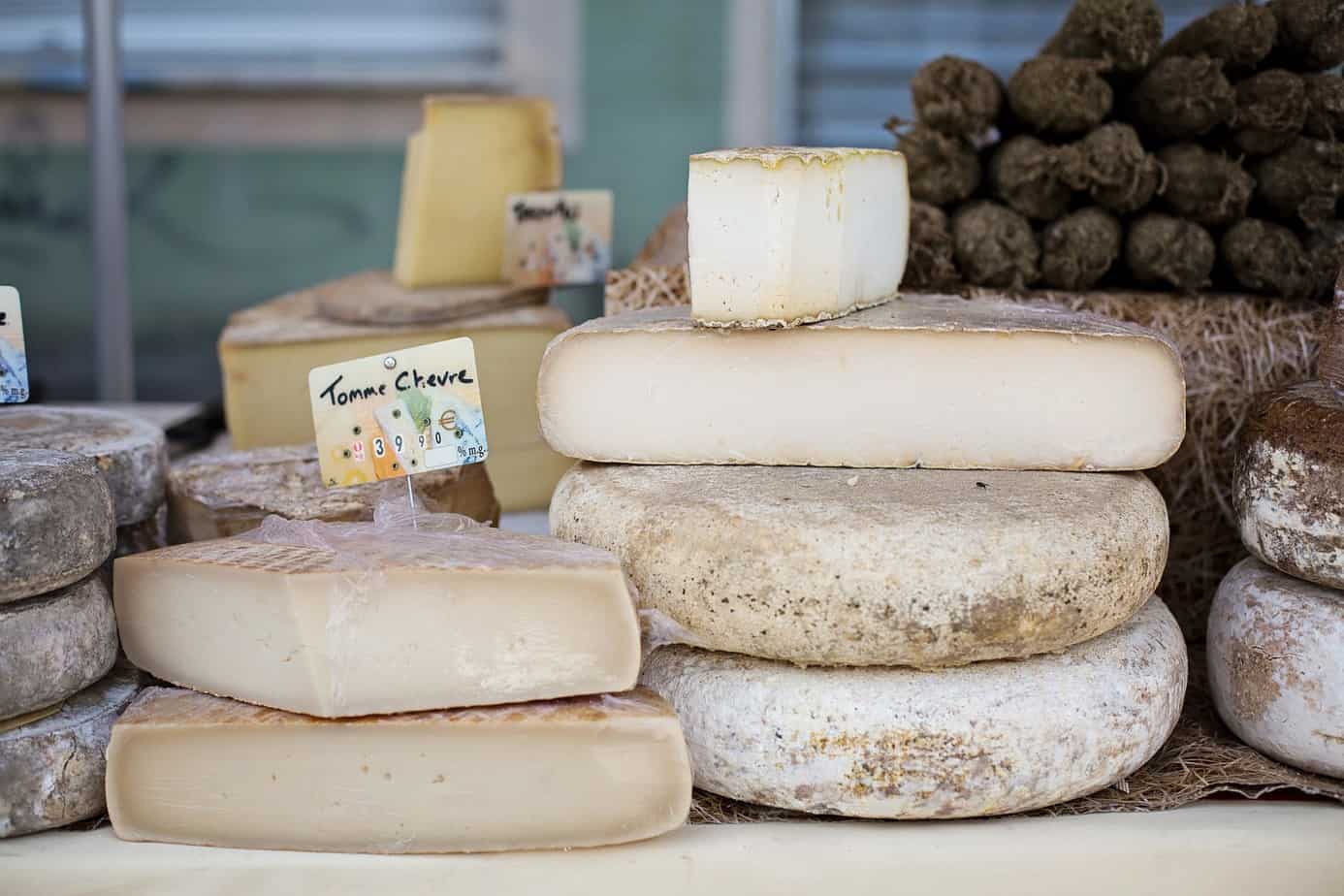 When to Eat Cheese

Cheese is such an important part of the meal, it gets its own course. It is served after the main course, before dessert and is often eaten in place of dessert.

It’s important to remember that cheese is not an appetizer in France, but it may be offered at an apéro (apéritif). An apéro is a casual social gathering where drinks and snacks are served.

Cheese is eaten in moderation in France. It’s quality as opposed to quantity. Eating a little high quality cheese after your main meal will allow you to feel more satisfied, resulting in eating less cheese.

The Correct Way to Eat Cheese

French dining etiquette dictates that a platter of cheese should be passed around to each guest. Each guest slices off the amount of cheese that they’d like to eat. However this isn’t always done in reality. Sometimes the cheese platter is placed in the middle of the table for everyone to help themselves.

When serving a cheese platter in France, there should never be more cheeses than there are guests.

Tradition dictates that cheese should be served in odd numbers, usually three, five or seven. It’s usually served whole or in large pieces, so that it’ll remain moist and keep its flavor.

When serving a cheese course, you will need:

In France cheese is often eaten with bread. It’s important to remember that the cheese is the main event and shouldn’t be overshadowed by the bread. Don’t eat your cheese with large pieces of bread or make a sandwich with it. Instead, tear your bread into small pieces.

Don’t place your bread onto the plate with your cheese. The bread should sit directly on the table, next to your plate.

Cheese is sometimes accompanied with a salad or fresh fruits that complement the flavors.

In France cheese is enjoyed with wine. If you follow these basic guidelines you can match a wide range of different wines with any cheese. 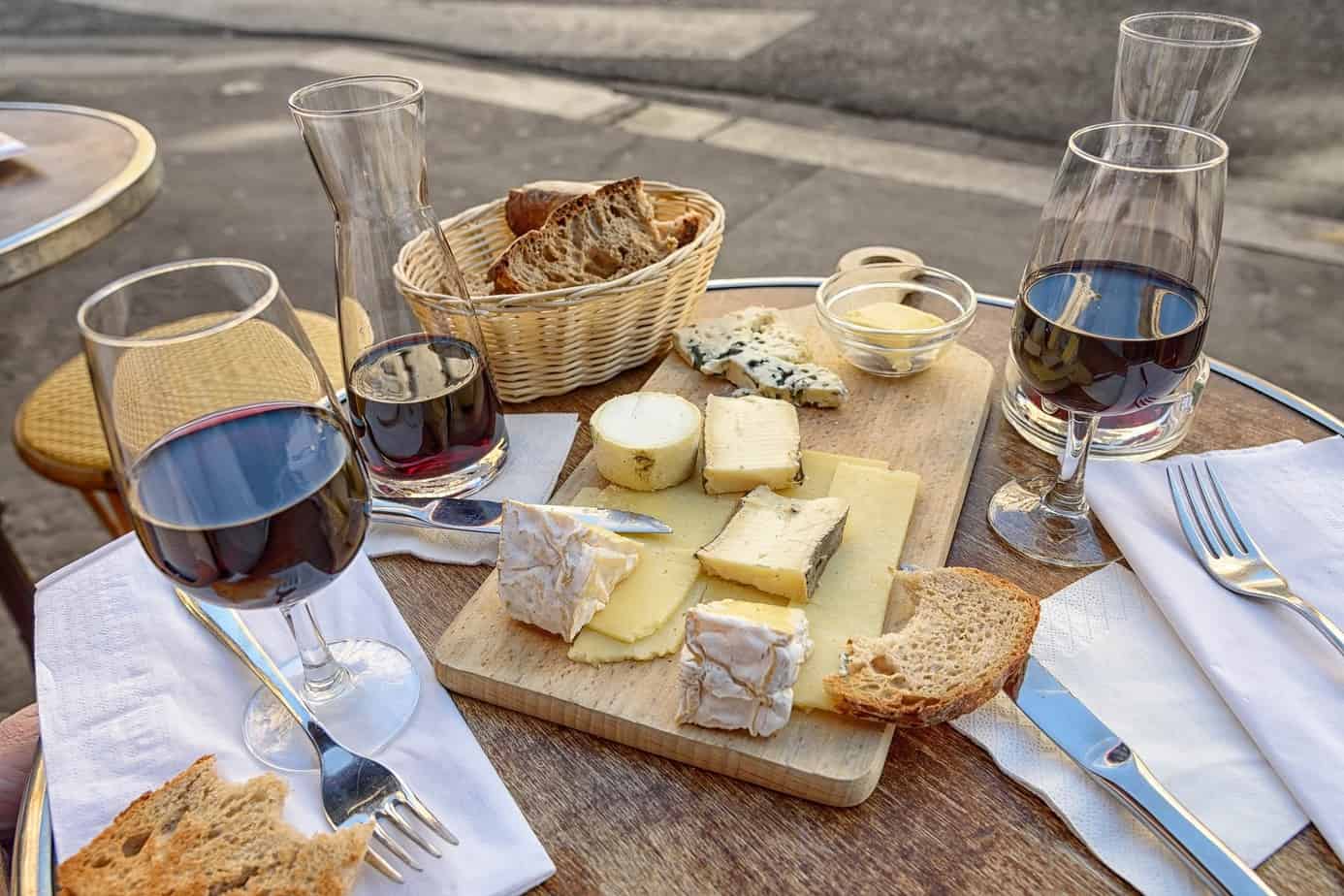 The Correct Order to Eat Cheese

Put very simply, the correct order in which to eat cheese is to start with the mildest and work your way up to the strongest or stinkiest. Mild cheeses tend to be light in color and smell. Blue-veined cheeses are the strongest in both flavor and smell, and therefore should always be eaten last.

Cheese is eaten in this order because the stronger the flavor of the cheese, the more it will overpower your taste buds. You simply won’t be able to properly taste a milder cheese if you start with a stinky blue one.

When serving a cheese platter to your guests, be sure to arrange the cheese in a line or circle from lightest to strongest – in the order the cheese should be eaten.

Don’t be afraid to try a blue-veined cheese. Honestly the smell isn’t so bad and they’re delicious! 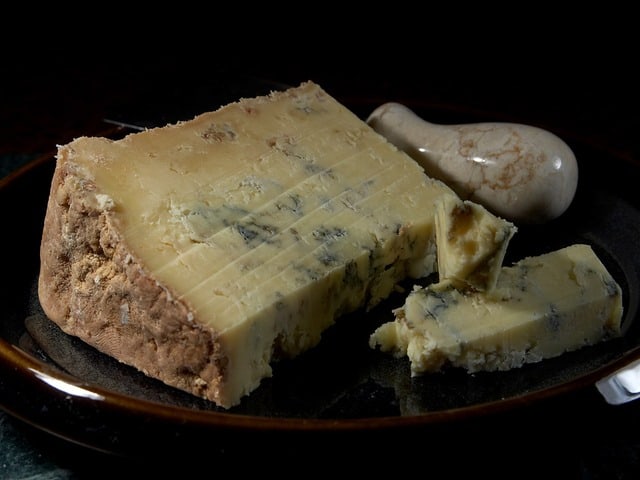 How to Cut French Cheese Properly

In France cheese is always presented whole or in large pieces for guests to cut for themselves.

Generally speaking French cheese is cut into triangular wedges, however this depends on the cheese, as each shape has it’s own proper way to be sliced.

The reason for cutting each shape differently is because the center of the cheese is often considered to be the best part. It would be rude to take more than your fair share of its center. It also allows the cheese to keep the best possible shape.

Try not to cut the cheese into tiny slices, as it’ll ruin the shape of it. It’s recommended to cut a larger piece and then cut that piece in half to share. 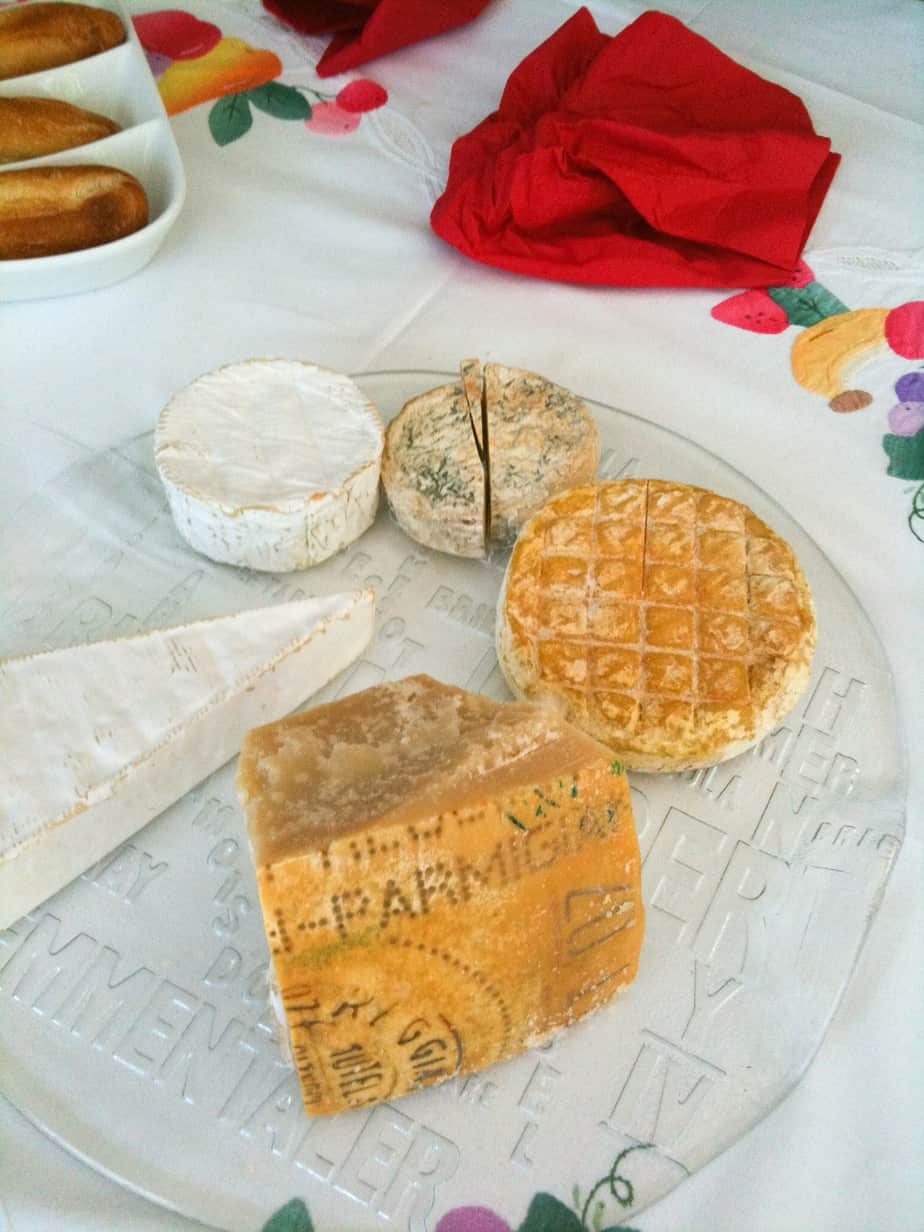 "Should I eat the rind?"

That depends. You are expected to eat the rinds (la croûte) of some cheeses and not of others.

As a general rule:

Do eat the rinds of:

Do not eat the rind of:

If you choose to cut the rind off the cheese, it isn’t a terrible faux pas, however it is seen as a little childish – much like cutting the crusts off your sandwich! 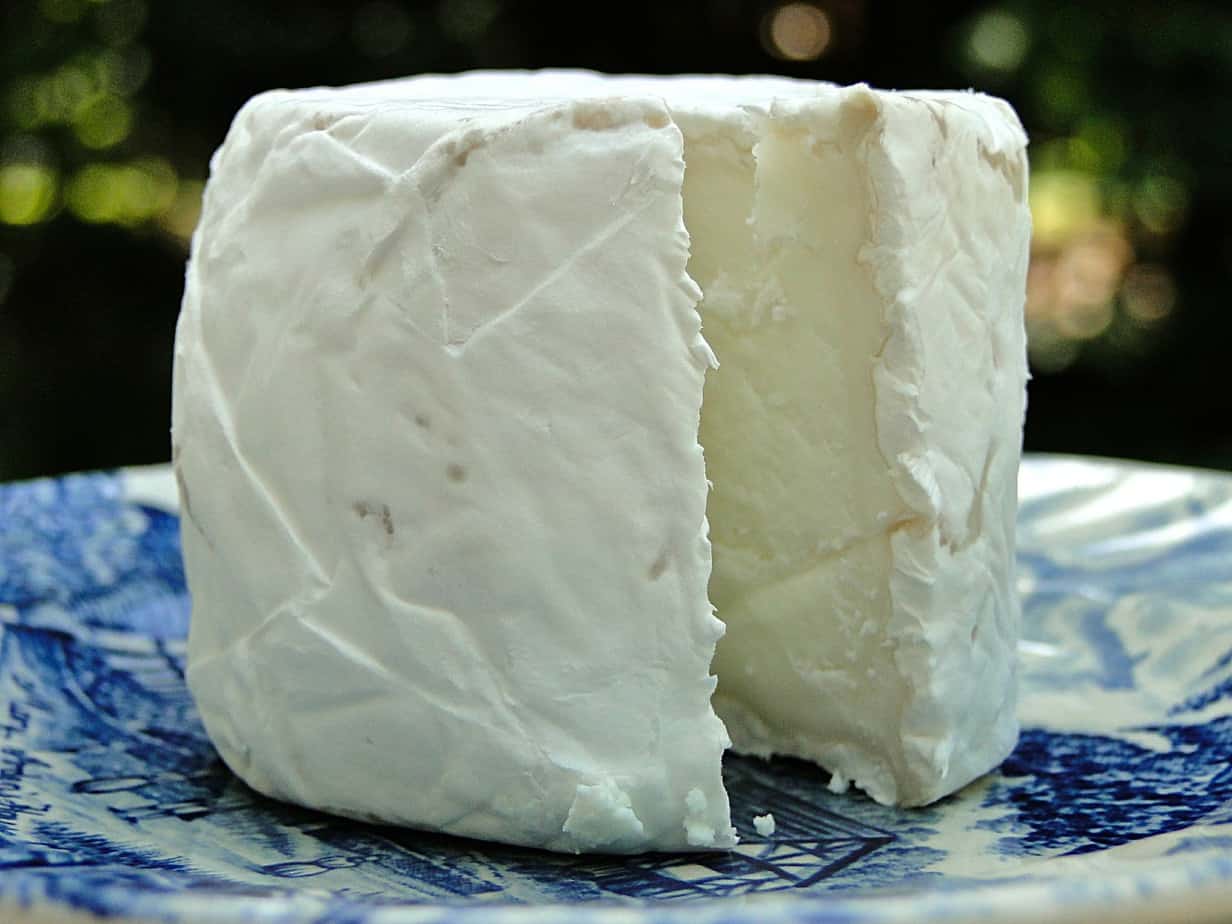 The French are immensely proud of their cheeses, having refined and perfected them over thousands of years. It should come as no surprise then, that it remains a daily food necessity for many people.

No trip to France is complete without trying a delicious cheese. So make sure to try as many as you can when you next visit. French Cheese truly is a joy to eat!

Eating Out in France: The Ultimate Guide to Ordering Food Like A Local

What about you? What French Cheeses have you tried? Can you recommend any? Let us know in the comments!

Previous Post A Quick Guide to French Table Etiquette Next Post 15 Ways to Say “How are you?” In French